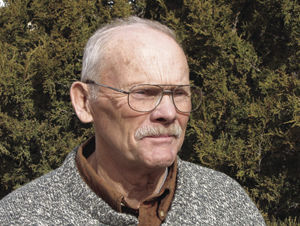 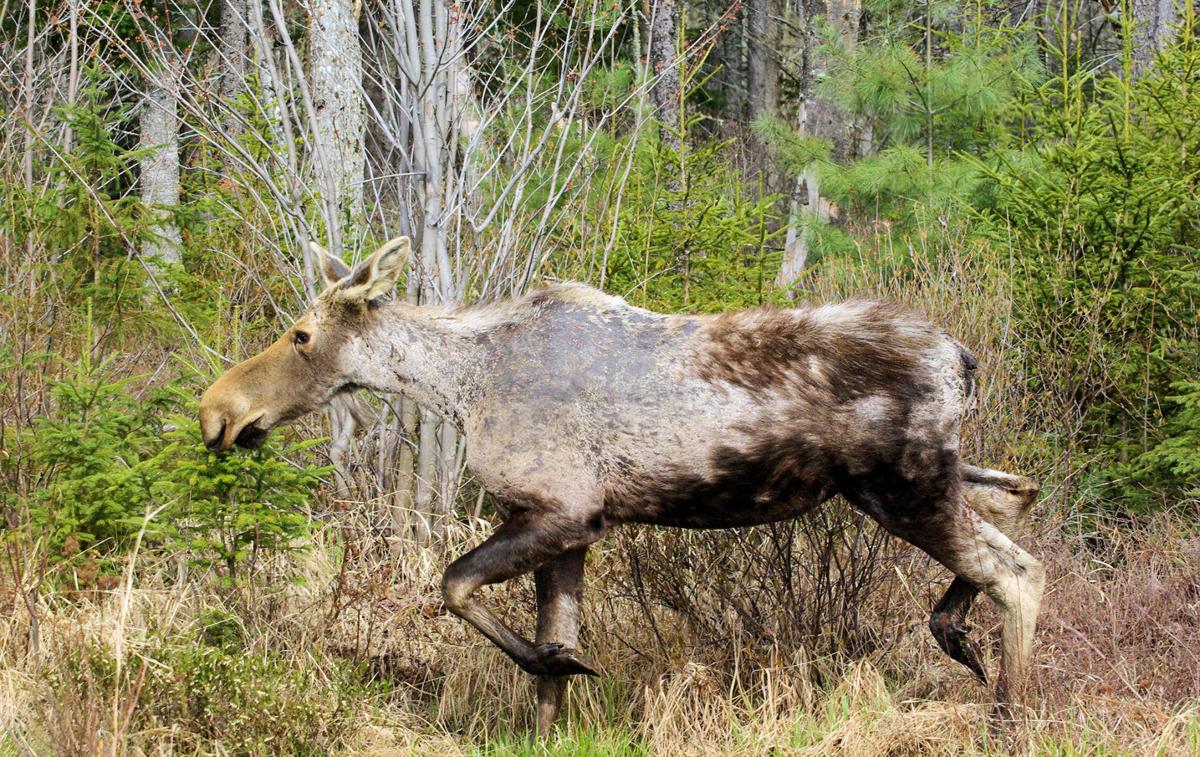 A female moose with severe hair loss from constant rubbing due to winter ticks is seen in springtime in New Hampshire.

A female moose with severe hair loss from constant rubbing due to winter ticks is seen in springtime in New Hampshire.

Moose populations across the northern United States are declining as the climate warms up. You wouldn’t think that a temperature increase of only 1.5 to 2 degrees Fahrenheit would kill a moose, but it appears that it does. In northwestern Minnesota, nearly all the moose have disappeared, and in northeastern Minnesota over 90 percent of the moose calves are dying during some years. Moose hunting is no longer allowed in Minnesota. A similar decline in moose numbers is also occurring in the northeastern United States. Moose populations in the western states, including Idaho, are also starting to decline.

The cause of moose mortality is complex and likely due to a combination of stresses, but winter ticks are a common factor in areas with declining moose numbers. Winter ticks are relatively large ticks that attach to moose in the fall and feed on moose blood through the winter. In the past, long and cold winters kept tick numbers relatively low. Very few ticks could survive when snow came early in the winter. Now that our climate is warming the first major snow storms often occur later, which allows a large number of ticks to establish on moose. Some moose have over 10,000 ticks sucking their blood. Large numbers of ticks cause the moose to scratch and rub, which often results in hair loss and a stressed animal.

A weak and stressed moose is then more susceptible to other causes of death. Moose calves are the most susceptible to tick infestations and typically suffer the greatest mortality. While ticks attach to other wildlife, moose are the most susceptible to heavy infestations, likely in part because of their big round nose makes it hard for them to pull ticks off with their mouth. Deer and elk have a relatively narrow mouth so they can pull ticks off more easily. Also, deer and elk tend to live in groups, so they can clean off one another, moose tend to be more solitary. In addition, as they walk through the woods, the moose’s larger body tends to gather more ticks from the brush.

Moose are large and dark animals that do everything they can to stay cool in the summer. As our summers also warm up, heat stress may be causing them to lose weight and go into the fall in poorer condition. Idaho’s higher and cooler mountain areas are a likely reason that moose populations have been less susceptible to a warming climate to date, unlike lower elevation states like Minnesota, but now even western moose numbers are declining.

The loss of moose is just one example of the unexpected impacts from our changing climate. And these changes are happening fast; moose populations in Minnesota dropped over 70 percent in just 30 years, with most of that decline in the last decade. Could the same thing happen in Idaho? Moose numbers so low that moose hunting could end and seeing a moose while out in the woods becomes one of those rare experiences? We love our trout, salmon and steelhead in Idaho, but coldwater fish are also declining as the climate warms. What will hunting and fishing be like in Idaho in another 30 years? Will we see our moose decline by 70 percent, salmon and steelhead continue the race toward extinction, and trout continue to decline?

In our conservative and largely Republican state we are hesitant to even talk about climate change, but the reality is, if we want to maintain our fish and wildlife anywhere close to what we have now and had in the past, we’ll need to dramatically reduce our use of fossil fuels in the future. We need to realize that climate change is happening and that it is impacting our way of life and things we value, including wildlife. We have the technology to address climate change, we just need the social and political will to make the change to renewable energy. If you are concerned about climate change, contact Sen. Mike Crapo (Crapo.senate.gov) and Congressman Mike Simpson (Simpson.house.gov) and let them know your thoughts.