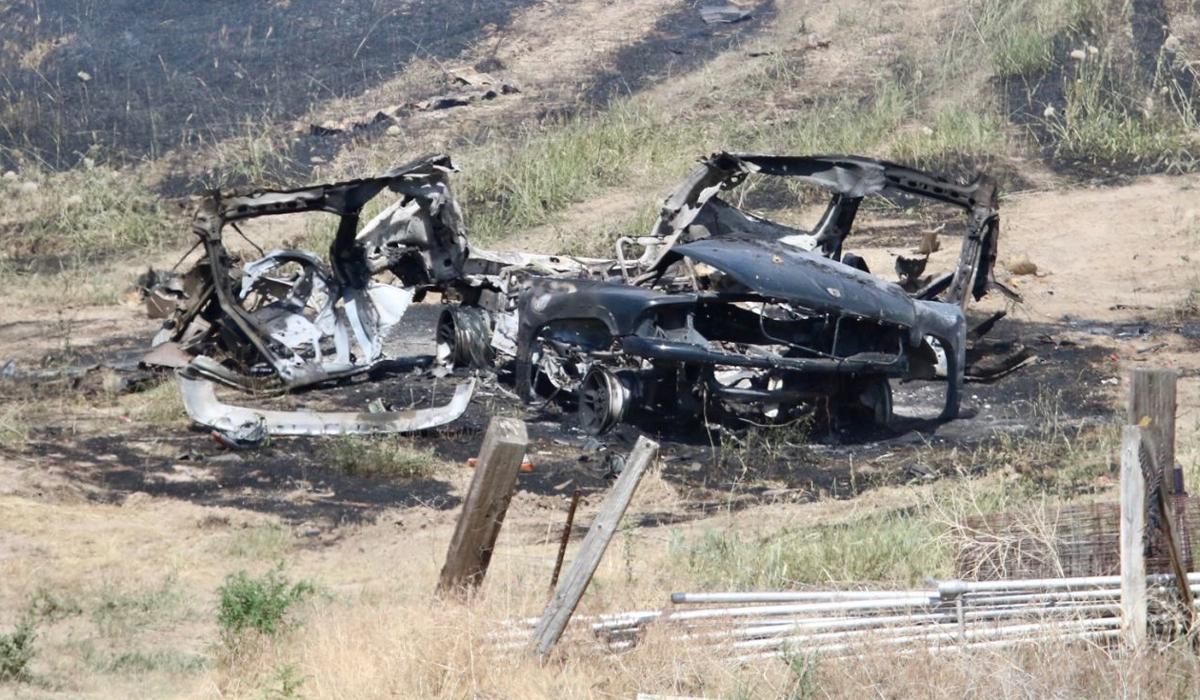 The charred remains of the junk car that ignited when authorities said it was hit by gunfire just east of Pocatello on Saturday. The burning car then sparked a wildfire that caused several nearby houses to be evacuated in the area of Pocatello Creek and Parks roads. 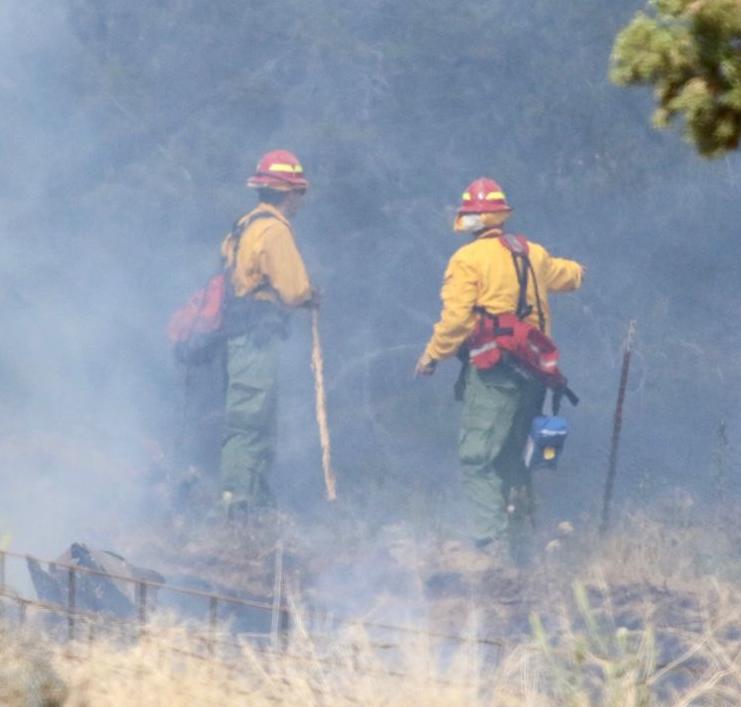 Firefighters at the scene of Saturday's wildfire just east of Pocatello.

The charred remains of the junk car that ignited when authorities said it was hit by gunfire just east of Pocatello on Saturday. The burning car then sparked a wildfire that caused several nearby houses to be evacuated in the area of Pocatello Creek and Parks roads.

Firefighters at the scene of Saturday's wildfire just east of Pocatello.

Authorities responded to several fires over the July 4 weekend, including two that resulted in injuries.

Those incidents occurred in Pocatello on Saturday and in Idaho Falls on Sunday.

An investigation into Saturday’s wildfire is ongoing, but initial reports indicated that the blaze started when some individuals shot guns at a junk car east of Pocatello.

The North Bannock Fire Department reported that the bullets hitting the junk car caused the vehicle to ignite, which in turn sparked the wildfire around 3 p.m. off Pocatello Creek Road between the KOA Campground and Parks Road.

The fire consumed the junk car and scorched 6 acres of land before firefighters were able to contain the blaze.

One of the people shooting at the junk car suffered injuries from the fire. That person was treated at the scene for minor injuries and was not transported to the hospital.

Several houses were evacuated in the area of Pocatello Creek and Parks roads because of the approaching flames. Both roads were also temporarily shut down.

Mark Muzzo, who lives in a house near where the fire started, said he heard what he thought was rapid target shooting nearby. Then there was a loud explosion.

He was concerned for his home after evacuating. But when he was able to return to the house he said that firefighters managed to create a protection line around it. He said the wind was also blowing in the right direction to push the flames away from his home.

Firefighters from multiple departments were able to contain the blaze before it damaged any houses.

The cause of the fire is still being investigated by the Bannock County Sheriff’s Office.

Authorities also responded to a house fire on the 1000 block of Terry Drive in Idaho Falls early Sunday morning. Multiple people were injured and a dog died in that incident.

Two Idaho Falls police officers that responded to the scene could hear screaming coming from the inside of the two-story brick home that was fully engulfed in flames, according to a news release from the Idaho Falls police and fire departments. One of the officers went through the front door and was able to help a man and a woman get out. The other officer helped another man and a woman to get out of the second story bedroom window at the back of the home.

The officers also provided aid to the occupants until emergency medical responders arrived on scene.

All four of the occupants were in critical condition and were transported by ambulance to Eastern Idaho Regional Medical Center in Idaho Falls, according to the news release.

Both of the Idaho Falls police officers also went to EIRMC where they were evaluated for smoke inhalation and treated for minor injuries, according to the news release.

A dog, which perished in the fire, was later found in a bedroom.

Officials say the fire extended from the garage into the main floor, upstairs into the bedrooms and into the attic, eaves and roof. They are still trying to determine the cause of the fire and the value of the damages.

That incident was caused by some used fireworks, which had been thrown into a garbage can near a garage.

Firefighters say the fireworks were still hot enough to ignite the contents of the garbage can and the flames spread up the side of the garage and into the eaves of the building.

Firefighters were able to extinguish the flames before they caused irreparable damage to the garage. No injuries were reported in the incident.

On Friday, authorities responded to a 117-acre fire on Bureau of Land Management property south of Hamer, a city located in Jefferson County.

BLM officials say the origin of the fire is still under investigation, but they believe it was likely human caused.

That fire was fueled by grass and shrubs, officials said. It did not threaten any structures.

Authorities also responded to a wildfire that burned to within a mile of Howe, a town of 350 people located 20 miles northeast of Arco and 30 miles northwest of Atomic City, on Thursday.

The 6,600-acre fire, which burned on BLM and Idaho National Laboratory property, is also believed to have been human caused. Officials are still investigating the incident.