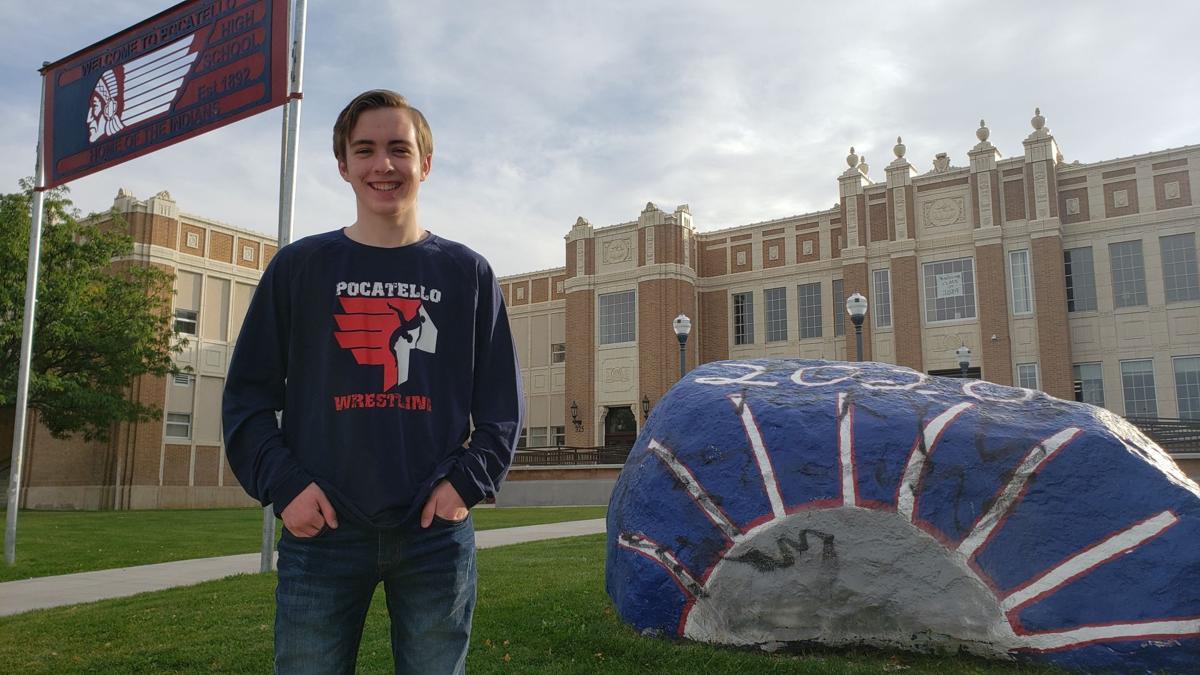 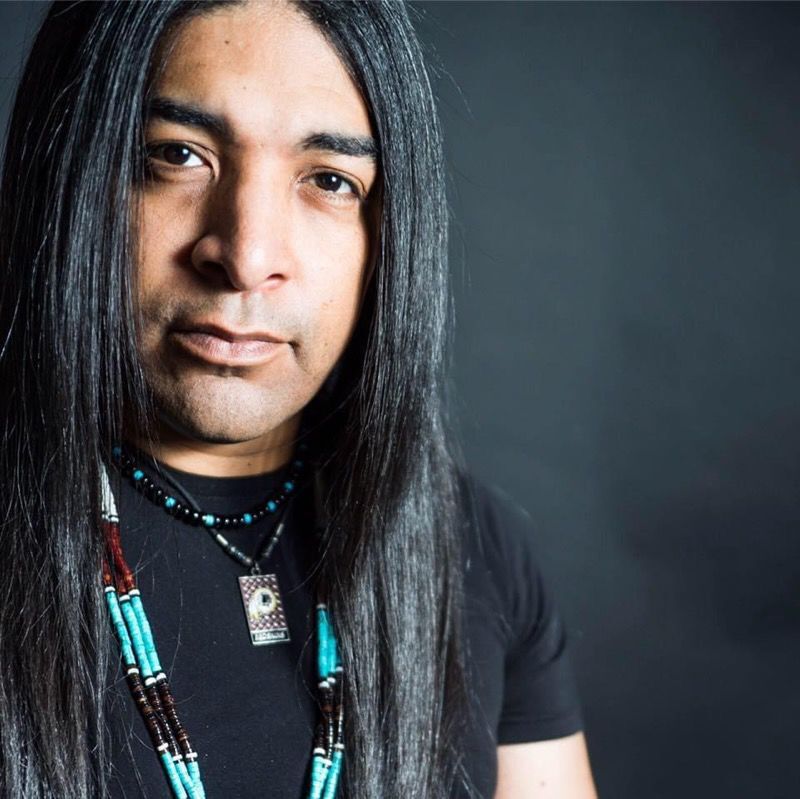 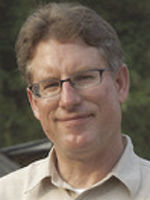 Though the Pocatello-Chubbuck School District 25 Board of Trustees has voted to retire the Pocatello High School Indians mascot effective June 2021, opposition to its departure is mounting.

Since the board’s Sept. 15 decision to schedule the Indians mascot retirement for next year, an online petition to save the mascot started Sept. 14 by a Pocatello High alumnus has amassed more than 2,500 signatures. Moreover, a Pocatello High School student has come forward to say he and other students who support the Indians mascot were not adequately represented throughout the district’s mascot-change process.

Additionally, a former board member for the Virginia-based Native American Guardian’s Association, or NAGA, an advocacy group with the message, “Educate not eradicate,” who’s also the current co-executive director of a social media organization, Save the Name, which had advocated to preserve the Washington Football Team’s Redskins moniker, told the Idaho State Journal during a recent phone interview he’s “absolutely disappointed” he was not provided a chance to speak about the Pocatello High Indians mascot in an open forum setting like he did last year when Teton High School in Driggs tackled removing its Redskins mascot.

Pocatello High School alumnus Steve McCurdy, who has previously petitioned to preserve the original architecture of his alma mater in response to a remodeling project, said he started the recent mascot petition on change.org to both serve as an indication of how many people support the school’s Indians mascot and to give a voice to those who were unable to publicly comment on the decision during the two-week period School District 25 allotted for discussing the matter, something McCurdy said was much too little time dedicated to the controversial topic.

Moreover, McCurdy said seeing several members of the Shoshone-Bannock Tribes talking about their desire to keep the mascot and incorporate education about their people’s history and language into District 25’s curriculum inspired him to keep the petition running in spite of the board’s decision to retire the mascot.

“I’d like to know and understand who within the Shoshone-Bannock Tribes is for this mascot change and who is not,” McCurdy said. “We shouldn’t be making changes simply because someone’s feelings are being hurt, unless that truly is a cause of racism. We’ve seen throughout the Native American community that people think differently about this subject....What’s going to be erased here is the legacy and the connection with the Shoshone-Bannock Tribes that has been in place for over 100 years. There has been a tradition of unity and connection and within one generation that will all disappear and nobody will remember it.”

McCurdy added that there should have, and still could be, changes made to some of the ways Pocatello High School has embraced the Indians moniker, such as the drill team’s Traditionals dance. He said more education could be introduced at each of the three high schools within School District 25 to foster a stronger relationship between the school and the Tribes.

In response to the petition to save the Indians mascot, School District 25 spokesperson Courtney Fisher in speaking on behalf of the school board said, “The Board has approved the recommendation to retire the mascot as of June 1, 2021 and does not currently have plans to address the issue again.”

“I felt that what (Delonas) did was one-sided and excluded us students who support the Indians mascot,” Felde said. “After being shown the video we were told we could talk about this with our teachers in class but were told the administration already had their mind made up. I don’t understand why (Delonas) says this is in the best interest for the students when she didn’t give us an opportunity to talk about it.”

“We have come to accept the term Indians as a general term in North America to describe the American Indians that were here before us,” Felde said. “Pocatello High School should not be the ones being punished for other schools using racial slurs on posters or chants. I don’t know if there was ever an attempt to stop that, but instead they decided to get rid of the mascot altogether. I think we should be teaching tolerance within our schools. It should be taught that we cannot attack this culture. That to me would strengthen relationships with the Shoshone-Bannock Tribes more than just removing the mascot.”

School District 25, in response to learning about opposition from some Pocatello High students to the Indians mascot change, said, “In her recommendation to the Board of Trustees, Mrs. Delonas reported that her staff is fully behind the decision to retire the Indians mascot. Mrs. Delonas met with her staff as a whole, as well as separately in individual departments. She also met individually with her coaching staff. Over the past year, Pocatello High School’s staff has engaged in professional development focusing on equity in education. This professional development also included staff-initiated book studies that focused on human rights and diversity. While (Pocatello High School) learners were not polled about the mascot change, Mrs. Delonas did encourage one learner who reached out to her with concerns about the change to address the Board in person to share his feedback.”

Felde said several dozen Pocatello High students share the same feelings about how poorly the Indians mascot retirement was approached by Delonas and District 25’s leaders, adding that he was not the student encouraged to provide his comments to the board and he has been unable to speak to Delonas about the issue.

During the Sept. 15 school board meeting where the decision was made to schedule the Pocatello High Indians mascot for retirement, Delonas advocated for limited public comments to be allowed by the board surrounding the debate over American Indian mascots, asking instead that individuals wishing to comment on the matter do so after the Pocatello High mascot is retired during the process of selecting a new mascot. Ultimately, the board allowed members of the public to comment during the board meeting but did not opt to host educational forums similar to what transpired last year in Driggs surrounding the Teton High School Redskins moniker.

For Mark One Wolf Yancey, the former NAGA board member and the current co-executive director of Save the Name who participated in those forums last year in Driggs, that was a big mistake.

For Yancey, the American Indian mascots that exist throughout the country are some of the only ways in which the approximate 5 million Native Americans living in the United States are represented in the public spotlight, adding that work should not be put into eliminating these mascots, but rather a focus should be placed on ensuring the historical significance of each respective mascot is relative to the American Indian tribes from that area and incorporate legitimate history surrounding such tribe.

Moreover, Yancey believes such mascot preservation should be augmented with American Indians being represented more in U.S. media and pop culture, including being selected for Native American roles in television or film, and Native American authors, artists, singers and performers receiving more of the national spotlight.

“This is a gigantic educational opportunity they are about to lose,” Yancey said in reference to the District 25 school board’s recent decision to schedule the retirement of the Pocatello High Indians mascot. “There is nobody else filling these educational moments. You don’t eradicate the logo and the name to get rid of these stereotypes. What you do is use it to educate people. What the research shows is that the Native American mascots are not diverse enough or representative of the particular tribe it was created to honor in the first place. If you do select a mascot that is representative of the people of that locale, you then have the chance to teach others about their culture and language. The people of your town and that tribe become allies instead of enemies.”

Yancey also said that throughout the last several years he has been working to preserve American Indian mascots he commonly hears that the educational piece he values so much could still become an element of any school who chooses to retire its mascot. The issue, through his experience, is that such education, and the positive dialogue opportunities between the school and the respective Native American tribes, very rarely occur once the mascot is eliminated.

When asked about not being invited by the school board to participate in the discussion surrounding the Pocatello High Indians mascot, Yancey said, “It’s absolutely disappointing. Many people say they don’t want outsiders to come in and offer their thoughts on this, but this is a national issue and it affects all of us regardless of whether we live in New York, Washington, D.C. or Idaho.”

In response to Yancey’s comments, School District 25 questioned the authenticity of the Save the Name group and explained that from a national perspective the district worked with the National Congress of American Indians, or NCAI, throughout the Pocatello High Indians mascot-change process.

NCAI did not respond to several requests from the Journal to comment on this story. School District 25 provided the Journal with a press release emailed from NCAI to District 25 Superintendent Doug Howell on Sept. 8 that listed several U.S. schools that have retired an American Indian mascot, but the district did not provide any correspondence from NCAI specific to the Pocatello High School Indians mascot discussion.

“A quick Google search reveals that savethename.org is not a valid website, nor is the organization listed in the IRS database of nonprofit and charitable organizations,” School District 25 said in reference to Yancey’s group. “There is both a Facebook page and a Twitter page with that name, but to suggest it is a nationally vetted Native American organization would be misleading. (School District 25) has been receiving correspondence from a national organization called the National Congress of American Indians since shortly after we met with the (Shoshone-Bannock) Tribes in September. The NCAI both supports and advocates ‘ending the harmful era of Indian mascots.’ We consider the letter from Save the Name one among hundreds of opinions received about the potential mascot retirement.”

School District 25 continued, “There is profound empirical research that documents the damage created by holding on to derogatory and harmful stereotypes of Native people, including mascots. The science supports the decision to retire the mascot.”