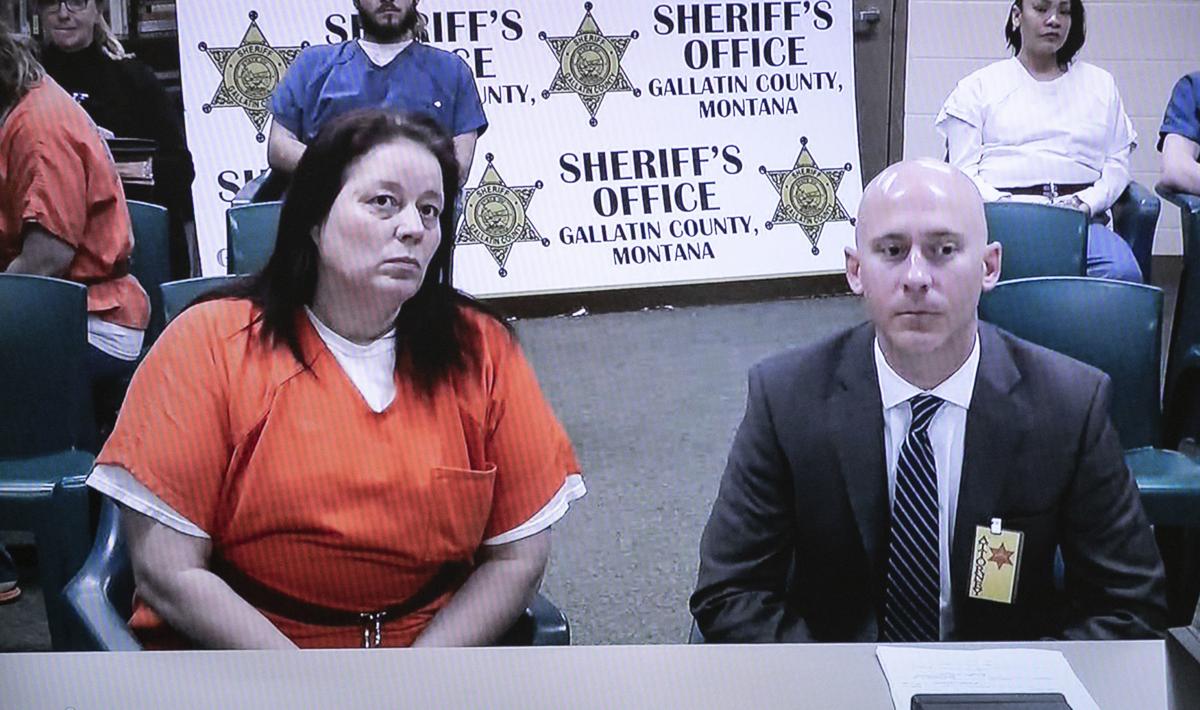 Patricia Batts appears in court for a bond hearing Feb. 13 at the Law and Justice Center in Bozeman. Prosecutors recently released further details in the case against her in the alleged torture and death of her grandson. 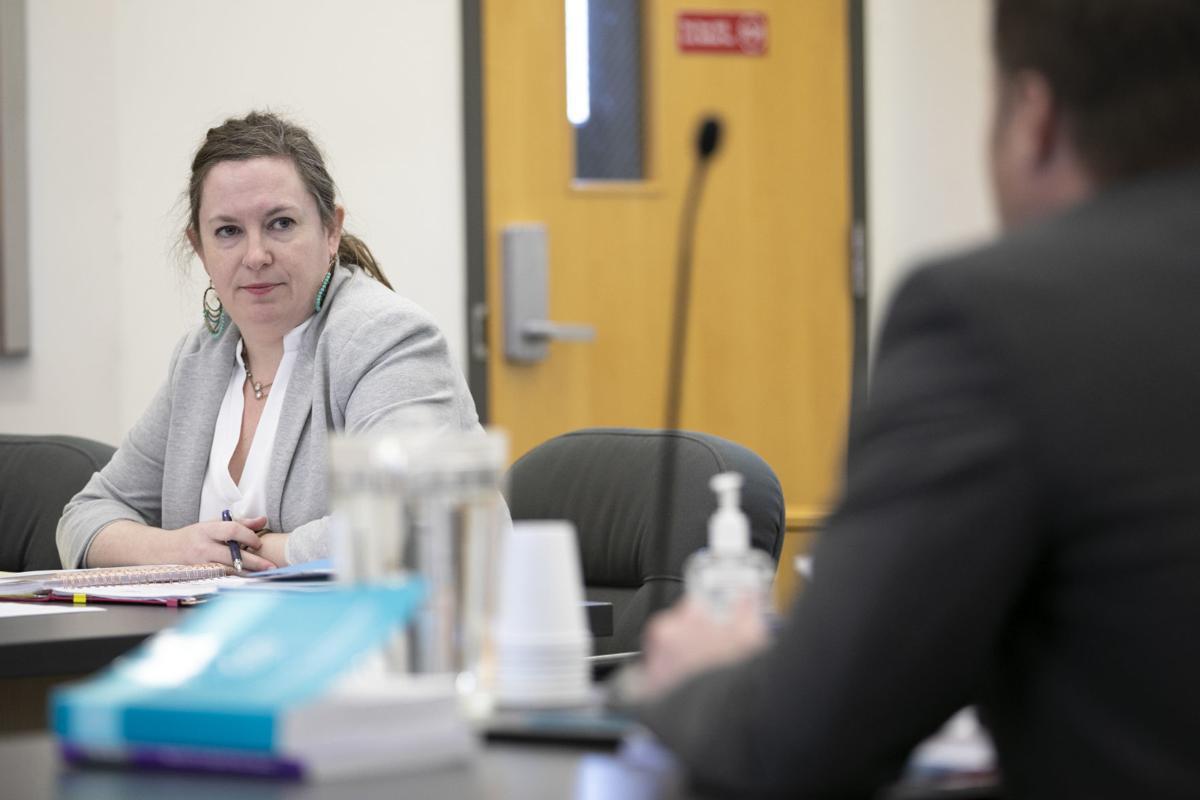 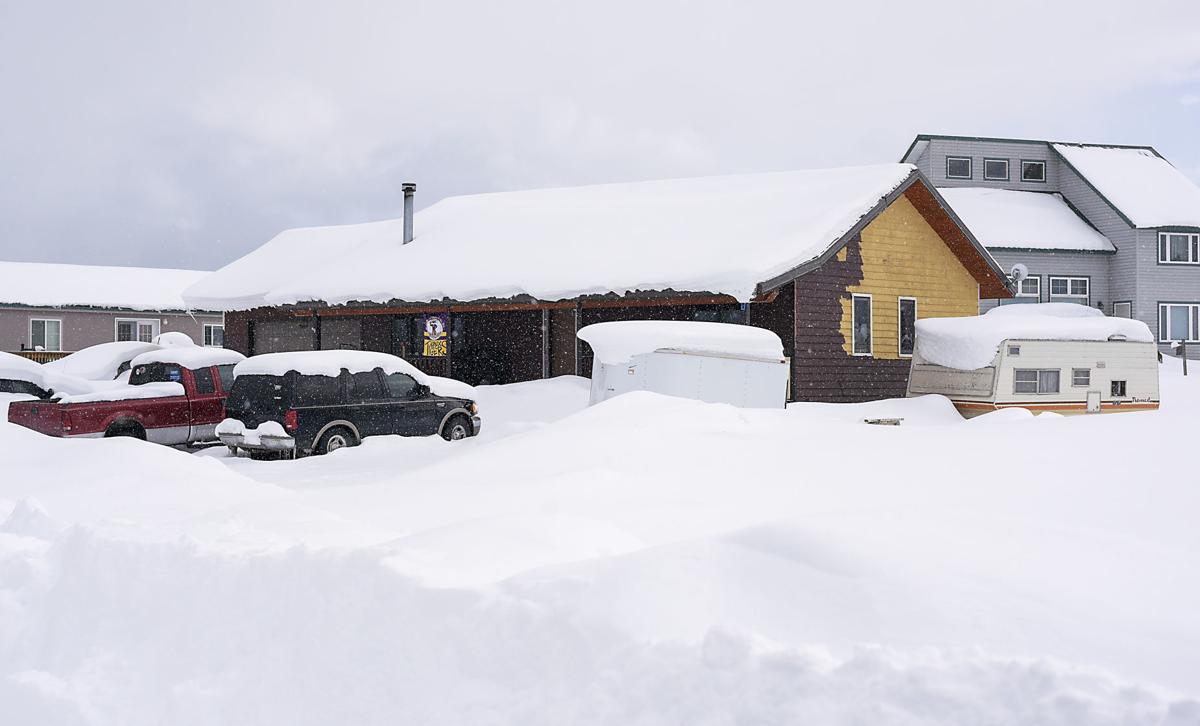 The house pictured on Buffalo Drive near Hebgen Lake is where police found 12-year-old James Alex Hurley dead on Feb. 3, according to charging documents.

Patricia Batts appears in court for a bond hearing Feb. 13 at the Law and Justice Center in Bozeman. Prosecutors recently released further details in the case against her in the alleged torture and death of her grandson.

The house pictured on Buffalo Drive near Hebgen Lake is where police found 12-year-old James Alex Hurley dead on Feb. 3, according to charging documents.

BOZEMAN, Montana — A West Yellowstone grandmother charged in the death of her 12-year-old grandson told investigators that her own children learned to beat and torture the boy by watching her, new documents filed in the case Thursday reveal. Prosecutors also said they may seek the death penalty for the grandmother.

Patricia Batts is charged with deliberate homicide, aggravated kidnapping, criminal child endangerment and strangulation of partner or family member, all felonies, in the death of 12-year-old James Alex Hurley.

Prosecutors also said because Batts is accused of both kidnapping and torture, they may seek the death penalty if she is convicted of those “aggravating circumstances.”

Sasser III, Alex’s uncle, appeared via video in Gallatin County District Court on Thursday and pleaded not guilty to the charge. Attorney Annie DeWolf represents the boy and appeared in court.

Gage Roush, 18, is charged with felony assault on a minor after prosecutors said he was seen on a video hitting the boy with a paddle. Roush is scheduled to make an initial appearance in District Court on Monday.

Roush, Batts and Sasser Jr. have been held at the Gallatin County jail since February. Sasser III is being held at the Yellowstone Youth Services Center in Billings.

Those details include a neighbor’s claim that Batts, Sasser III and Alex’s 18-year-old aunt beat and dragged Alex back to their home on Buffalo Drive near Hebgen Lake after Alex tried running away in December.

Batts told detectives the family recorded Alex to use as evidence when they took him to “get help.” Batts said Alex needed mental help.

Batts said she pulled Alex out of school in September to homeschool him after he got in trouble for groping a girl, according to charging documents. Batts struggled with the task and said she would make Alex do jumping jacks and “wall sits” if she caught him not doing his school work. Batts forced Alex to stand in front of fans half naked and squirted water at him. She told detectives, “That’s what they do with cats, right?” court documents say.

She told detectives that Alex drove her “nuts” and that his behavior got worse but was unable to explain how.

Batts said Alex always got out at night and described one instance where she slipped and fell on ice while chasing Alex. Police in charging documents that Batts blamed Alex for the fall, saying that he “helped” her fall because he was pushing her when she caught up to him.

Batts admitted to detectives that she allowed Sasser III to punish Alex when she wasn’t around, but said that she was unaware of the kind of punishment he was doing. She said she learned that Sasser III “popped” Alex hard with the paddle, but claimed she told Sasser III that wasn’t OK.

Batts claimed that she had no idea how Alex died and told detectives that she did not feel responsible for his death, court documents say.

Police said in charging documents that Alex’s aunt messaged her boyfriend that Alex was like “a piece of (expletive) off of my (expletive) shoe” and that she wished Alex would “die in the woods.”

The detective asked Batts if Sasser III and the aunt learned it was OK to discipline Alex from her.

Batts told detectives that Alex’s father Tommy Tate, her biological son, died two years ago after an ATV accident left Tate paralyzed from the waist down. Batts said Tate died from infections resulting from being paraplegic.

She said Alex was entitled to $725 a month for Tate’s social security benefits. Batts said the family used that money to help with bills.

Sasser Jr., Alex’s grandfather, admitted to verbally abusing Alex and told detectives that he thought that Batts’ punishments for Alex were excessive. He said he was trying to move out of the house, and that his intention was to divorce Batts and raise the kids without her.

Kevin Flanagan, West Yellowstone school superintendent, said Alex had behavioral problems typical of a child with severe ADHD, but that those problems improved throughout the year, court documents say. Flanagan said he was not aware of any issues that would cause Batts to remove Alex from school and denied knowing that Alex sexually assaulted another student.

Police said in charging documents that a neighbor of the family reported hearing screaming and seeing Alex run “as fast as he could” out of the house in December. The neighbor said the aunt and Batts caught Alex and held him until Sasser III was able to catch up.

The neighbor told detectives that Sasser III then dragged Alex back to the house “as fast as he could” and punched Alex in the face periodically. The person said the aunt and Batts watched Sasser III beat on Alex and did nothing to stop Sasser III.

Freddy Monares can be reached at fmonares@dailychronicle.com or at 406-582-2630.