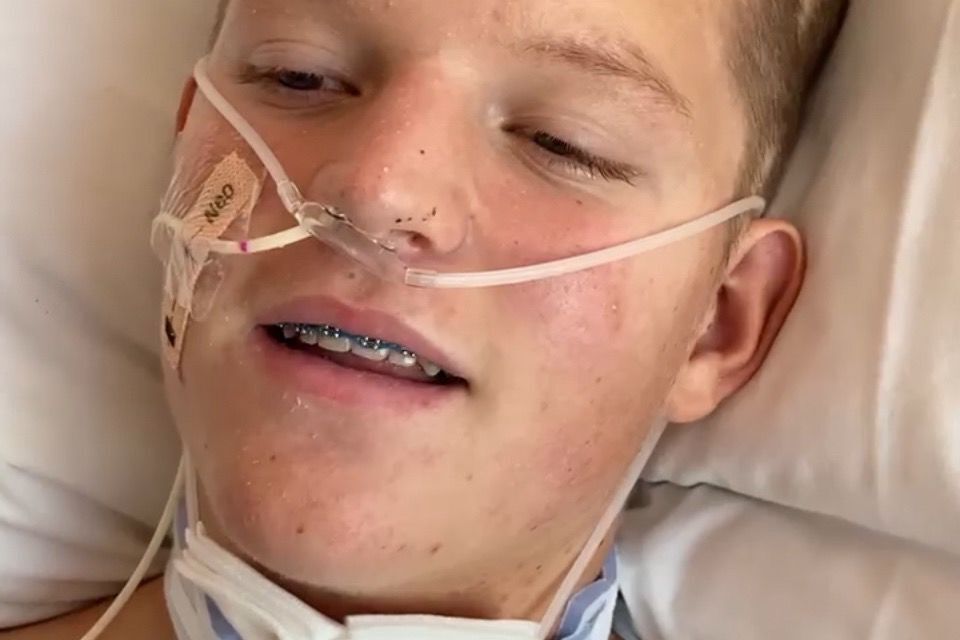 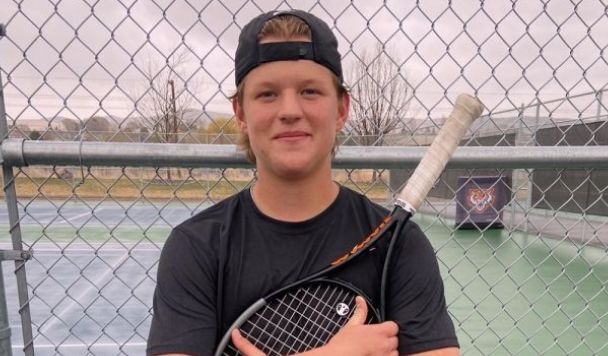 “Overall, he’s doing great,” said Emma White, Porter Brinton’s older sister, adding that he’s recovering faster and is gaining back more mobility than was expected at this point. “The doctors and nurses keep saying he should not be as far along as he is medically.”

Brinton of Pocatello seriously injured his spinal cord while diving into a pool during a family vacation in St. George, Utah, last month.

The 16-year-old has been recovering at a hospital in Las Vegas since the accident, but was transported to the Craig H. Neilsen Rehabilitation Hospital, part of the University of Utah, in Salt Lake City on Monday.

“They have really advanced technology,” White said. “It’s one of the best places in the nation and it’s amazing he gets to go there.”

White says medical staff at the inpatient facility are motivated to help Brinton and are optimistic about his recovery. They even believe it’s possible for the Highland High School varsity tennis player to walk again.

For now, Brinton can shrug his shoulders and move his arms, White said.

“He’s completely there mentally and we’re really proud of his breathing,” White said, adding that he’s been able to go up to 36 hours without a ventilator.

Brinton went through a tracheostomy last week, which makes it easier for him to breathe and communicate since he no longer has a tube in his mouth. However, he’s struggling to eat and drink on his own because of the trach tube. White said medical staff are working with him and expect him to be swallowing better by Friday.

“He is showing signs of improvement, one of which is his ability to speak now!! They exchanged his size 6.0 tracheostomy for a 4.0 and for the first time in over two weeks, we heard his voice today,” his family posted Wednesday on the GoFundMe campaign site that’s been set up to help with medical costs.

They continued: “We saw more smiles out of Porter today than the last two weeks combined!!”

White says Brinton did have a hematoma, which, luckily, is healing, and he doesn’t have any new blood clots. He’s also been able to get off most of his medications.

White says she’s not shocked by her brother’s progress because of his personality and strength.

“He’s totally a fighter and he’s so smart. He’s amazing. It doesn’t surprise me because of who he is,” White said.

She continued: “Obviously, it’s a miracle. We’re so grateful for all of the medical staff (and those who assisted him during the flight to Utah) — the nurses and doctors who are helping and have helped so much.”

In addition, White says her family has received a lot of support in recent weeks from not only friends and family, but also complete strangers.

Nearly 1,000 people have contributed to the fundraiser, which can be accessed at bit.ly/3omGD5f.

“We can’t even believe it,” White said, adding that it’s helpful to know they’ll have some assistance with Brinton’s medical bills as he continues to recover. “It’s so amazing.”

In the meantime, White says they’re excited, grateful and hopeful about the adventure ahead.

“We’re just all believing that Porter will walk again and gain full function,” she said. “Please keep the prayers coming.”