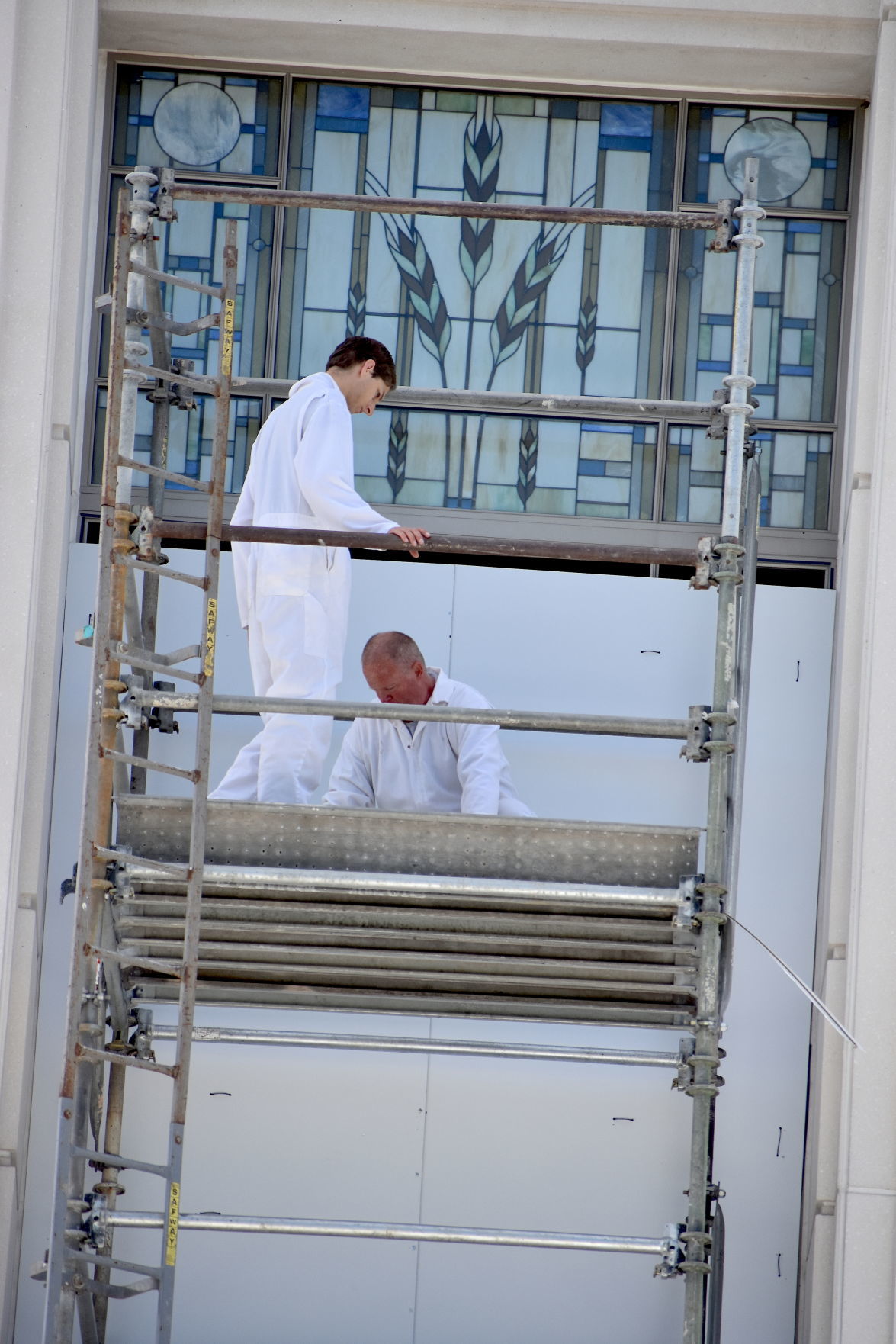 Workers wear white while removing the stained glass windows at the LDS temple in Rexburg. The work was needed due to unexpected hot and cold weather that caused damage. 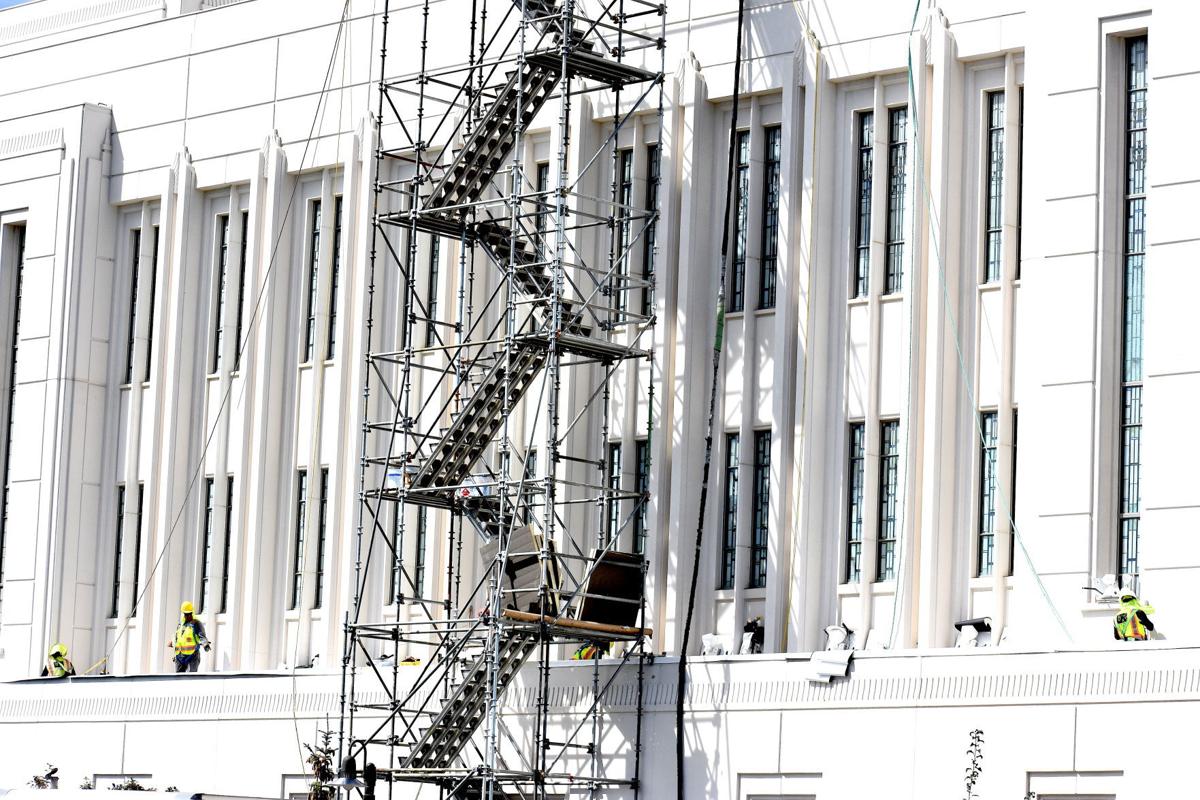 During the construction, a scaffolding sits up against the temple walls. 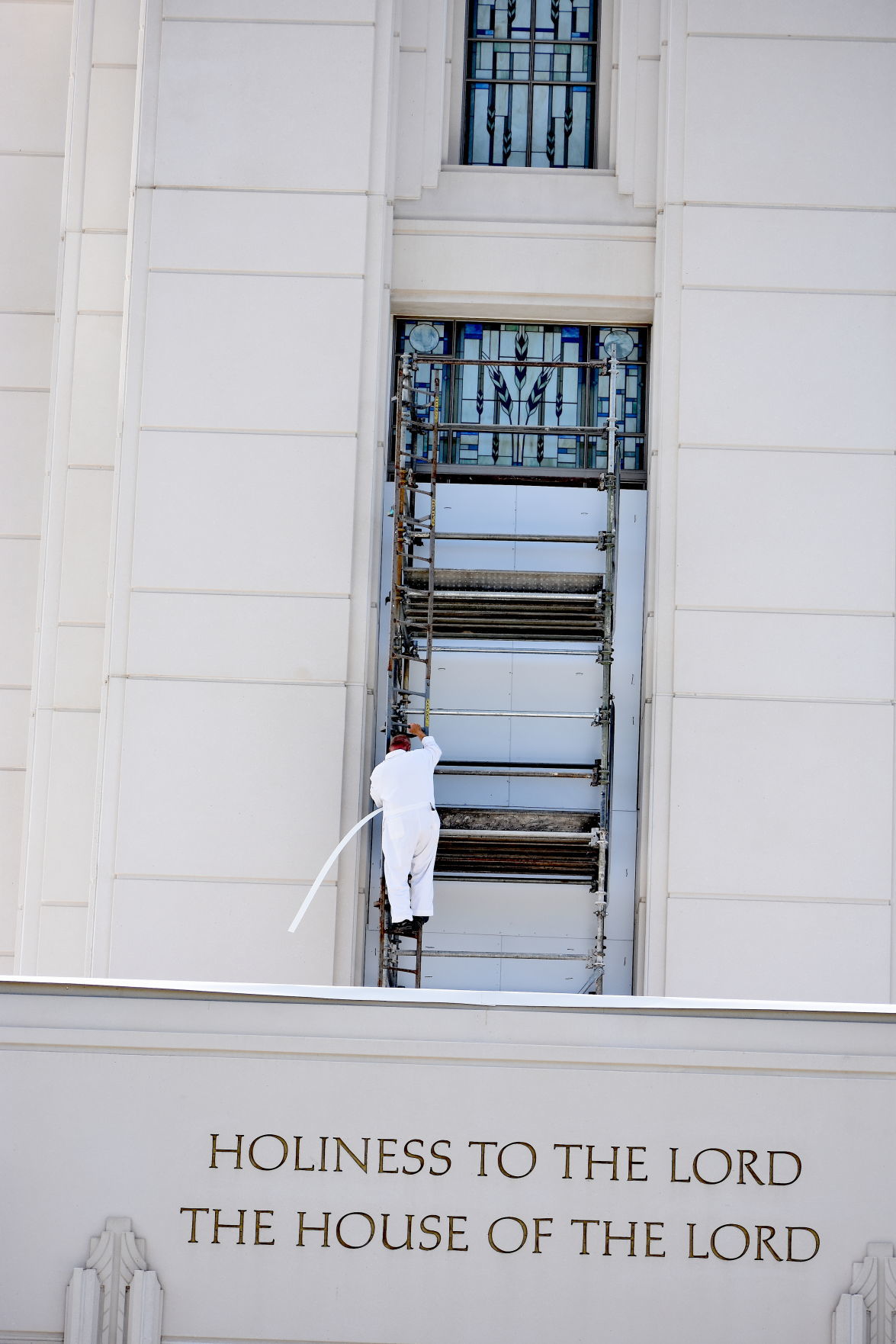 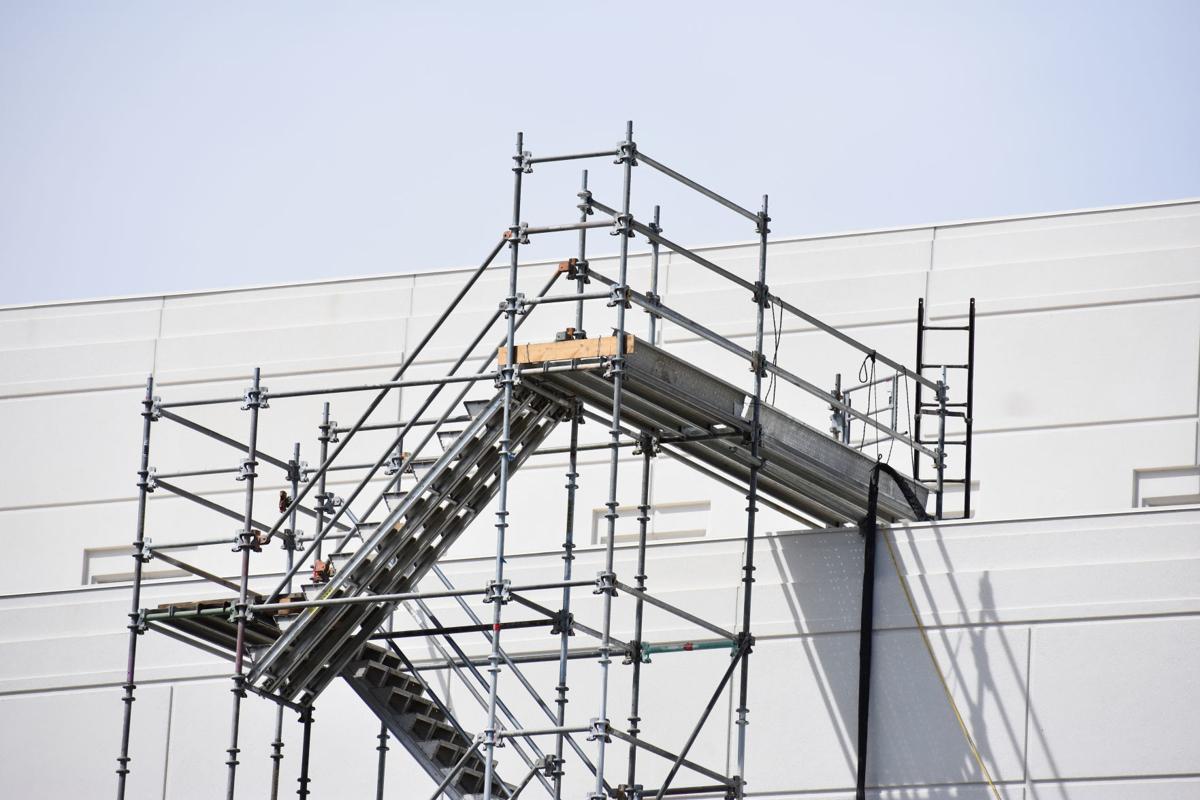 A scaffolding reaches all the way to the top of the temple. 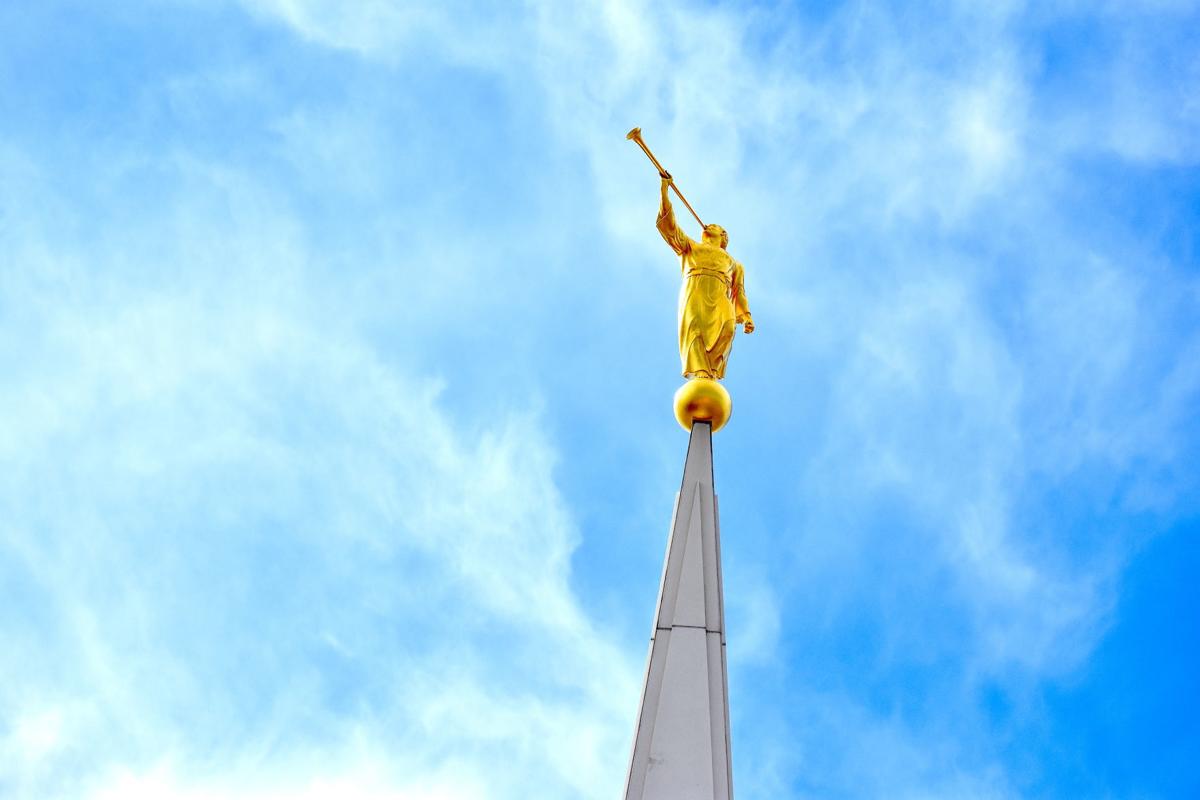 The Church of Jesus Christ of Latter Day Saints has 159 operating temples.

Workers wear white while removing the stained glass windows at the LDS temple in Rexburg. The work was needed due to unexpected hot and cold weather that caused damage.

During the construction, a scaffolding sits up against the temple walls.

A scaffolding reaches all the way to the top of the temple.

The Church of Jesus Christ of Latter Day Saints has 159 operating temples.

REXBURG — Extreme hot and cold weather has damaged the roof and the stained glass windows of The Church of Jesus Christ of Latter-day Saints’ Rexburg Temple. As a result, repairs will be made during the Temple’s annual fall maintenance shutdown.

The Temple will be closed now through Sept. 19. Meantime, officials encourage those wanting to do temple service to visit the Idaho Falls Temple.

Construction workers started renovation work on the Rexburg Temple on Monday. There, they worked to add a new “membrane roof” as well as remove five stained glass windows from the front of the Temple.

The church built the Rexburg Temple in 2008; yet this is the first time since the Temple was built that it’s experienced this significant of an upgrade. Such work wasn’t expected to be done so soon, said Brian Sheetz, Rexburg Temple facility assistant.

“This is a little bit early for the roof to be redone. Because of the extreme weather from extreme hot to extreme cold, the roof separated and water got in. It was a little early for the roof. It shouldn’t have happened for 20 years. It will be done different, so that it doesn’t happen again,” Sheetz said.

Earlier this year, temple officials noticed the five stained glass windows had suffered from wear and tear. Workers removed those windows on Monday and covered the frames with board.

“Over time, the heat from the sun, and the weight at the bottom of the windows bulged a little bit. The windows were sagging,” he said.

“Before they crumpled or broke, we decided to put in new ones. They will be identical to the old ones,” he said.

Temple officials don’t know how long it will take for the new stained glass windows to be made or when they will be installed.

Workers removing the stained glass windows wore white while working on the temple. Sheetz said that construction workers always wear that color when working on various parts of the temple. Often that kind of work requires them to go inside the temple. Those going inside are members of the church and hold temple recommends as required by any church member serving in the building.

“All the contractors working here work in temples all over. They just know they’re supposed to (wear white),” Sheetz said.

“It takes about four days to take the chandelier apart and another two weeks to clean it. It’ll take another four or five days to put it back together,” Sheetz said.

When the temple reopens, it won’t require a rededication ceremony as was necessary for the Idaho Falls Temple last year. In that case, the Idaho Falls temple was closed for about two years and underwent a major remodel and renovation.

For more information on the Rexburg Temple, visit https://www.lds.org/temples/details/rexburg-idaho-temple