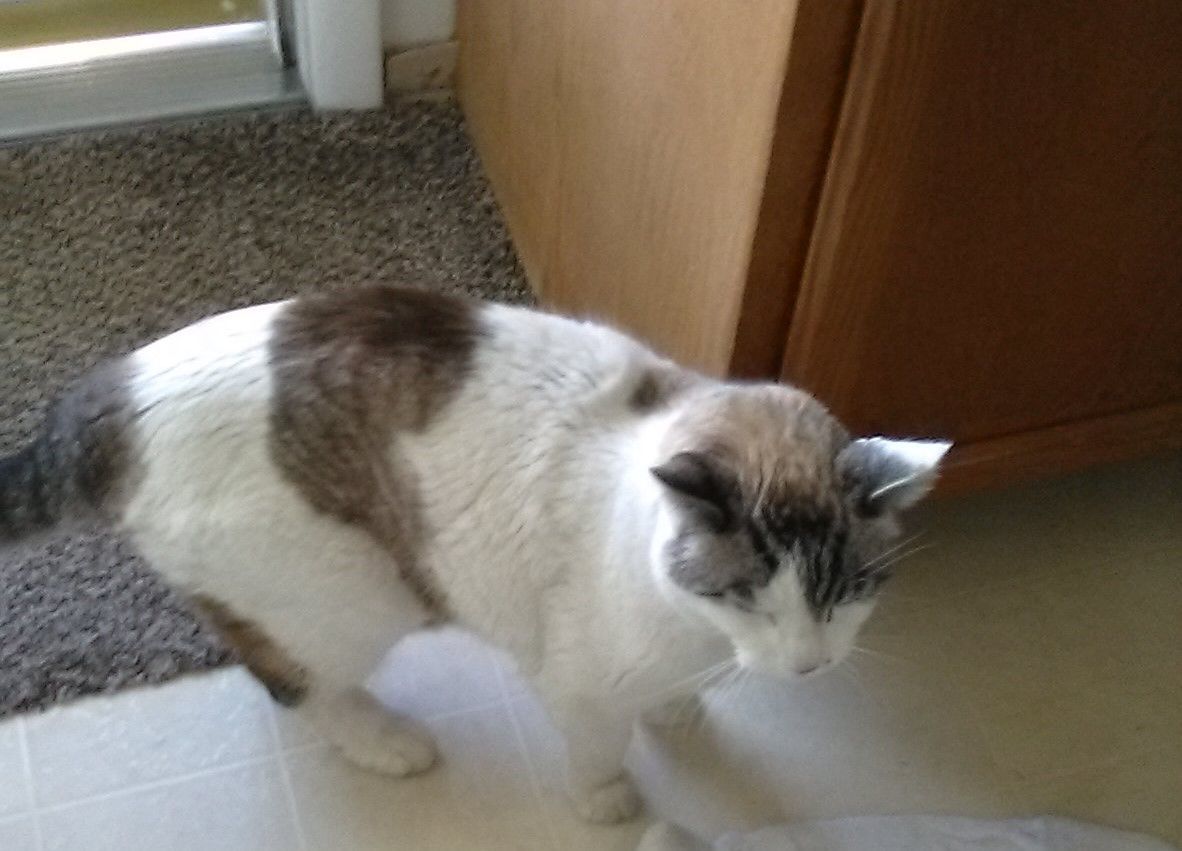 One of two cats owned by Don Zenner, a 52-year-old Pocatello resident, that were allegedly mauled to death by pit bulls last week. 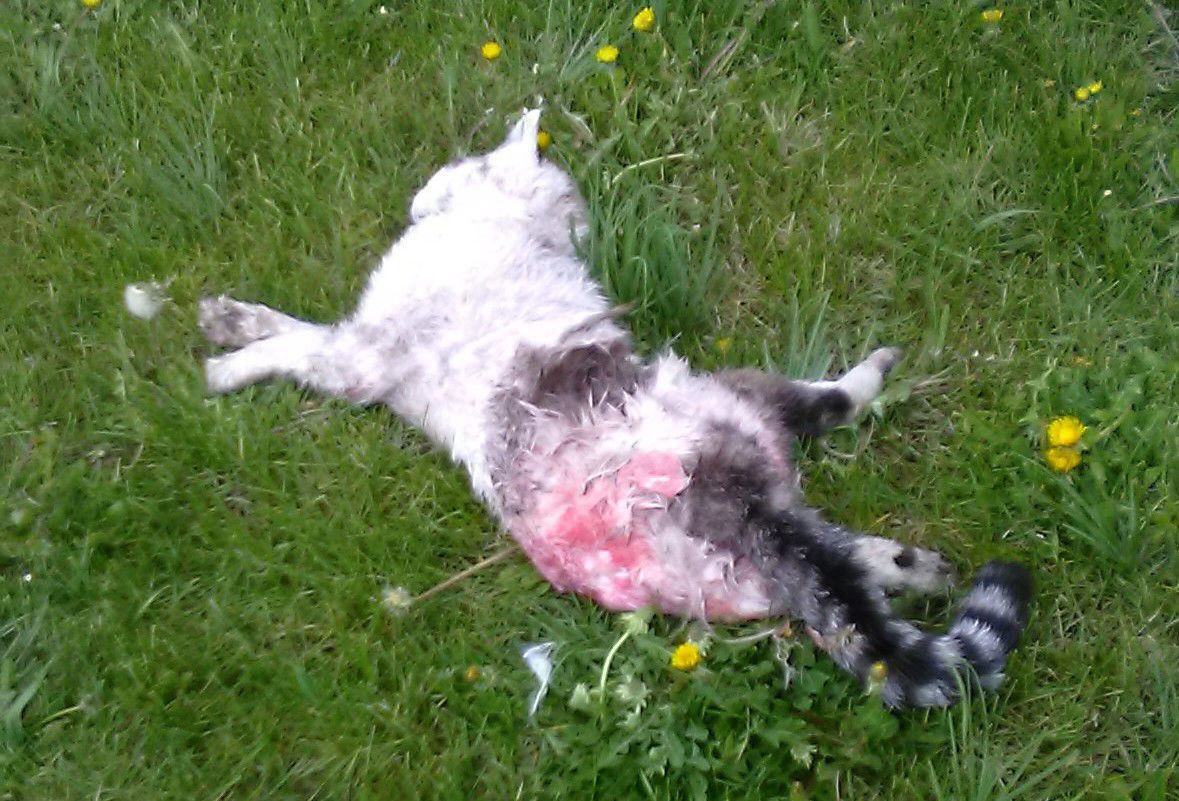 One of Pocatello resident Don Zenner's cats after the pet was mauled to death by a pit bull last week.

One of two cats owned by Don Zenner, a 52-year-old Pocatello resident, that were allegedly mauled to death by pit bulls last week.

One of Pocatello resident Don Zenner's cats after the pet was mauled to death by a pit bull last week.

POCATELLO — A local man wants Pocatello prosecutors to provide him with justice and a sense of relief after two large pit bulls allegedly mauled his cats and potentially several others to death last week.

Don Zenner, a 52-year-old Pocatello resident, said he was beside himself when his next-door neighbor had to beckon him out of his North 12th Avenue home last Thursday to the sight of his two cats — the only companions for the unmarried man with no children — lying lifeless on his yard and driveway.

“Around 6 a.m. I had let the cats out into the backyard and just before 7 a.m. my neighbor yelled that I needed to come outside because my cats were dead,” Zenner said. “I was like, ‘what?’ I look to my left and in my driveway about 10 feet away from my back porch and there was just one of them laying there completely torn up. I walked around to the back of my car and about 20 feet away my favorite boy was just demolished.”

Zenner says that near his dead pets, two large pit bulls — a black one he estimated to weigh about 70 pounds and a smaller brown one — were running amok, circling the cats and drinking from a watering dish for birds in his backyard.

As his next-door neighbor attempted to locate a rope or something to tether the loose dogs with, Zenner says he was able to close the gate to his other next-door neighbors’ backyard, trapping one of the dogs in the yard.

What was almost as shocking as the discovery of his two dead cats in and of itself, Zenner says, was that when the Pocatello Animal Services officer arrived he began calling the two dogs by name.

“The dogcatcher said he was familiar with the dogs because they were out on the loose the day before,” Zenner said. “I was dumbfounded when he said he did not give the owner a citation the day before because when school is in session kids walk this road every day to Greenacres Elementary School. What if a little kid was outside and it was them that these dogs got a hold of?”

Zenner continued, “The black one that we had trapped in the neighbor’s yard jumped the fence and took off, but eventually the dogcatcher caught it. He was gone for about another 15 minutes and then showed back up with the brown dog, too.”

Zenner says that in conversing with other neighbors on his block, it came to light that there were a total of five cats found dead in the area Thursday morning, though he was unsure if the escaped pit bulls had killed the other three.

It’s not just Zenner who is shaken up because of the incident, he said, adding that several of his neighbors also adored the cats and were distraught to learn of their deaths.

“I am not married and don’t have any kids,” Zenner said. “I just loved those cats a ton. The one cat named Big Boy was just a great buddy. I could start the mower up and would have to physically move him out of the way. He was not scared of the lawnmower or the vacuum. He was just the coolest cat ever. My next-door neighbor lady came out and started screaming, crying at the top of her lungs when she saw (that the cats had been killed). And not just her — there has been a ton of tears shed over these cats.”

Zenner says he has filed a complaint against the dog’s owner, who could potentially face a misdemeanor charge of owning dogs that have exhibited dangerous behavior.

Heinz, in speaking in general about Pocatello’s dangerous dog policy, said an animal doesn’t have to bite someone to be deemed dangerous.

“Say a dog was acting aggressive and scared a person, that could constitute a dangerous dog,” Heinz said. “But no matter the nature of the incident, they are all investigated the same. We talk to the reporting party and the owner of the dog to try and find out what happened. If there is sufficient evidence the incident did occur, then the Animal Services officer can issue a citation on site.”

If the Animal Services officer feels as if the owner of the animal under investigation for being dangerous will be unable to safely quarantine the animal for 10 days to ensure it’s not rabid, then he will seize the animal and hold it at the animal shelter for the 10 days.

“Then, anytime someone is cited they get to have their day in court,” Heinz said. “We turn our information over to the prosecuting attorney and we are notified of the decision after the court process. There are penalties if your dog is deemed dangerous. Depending on the severity of it, the courts can order euthanization of it as well.”

Zenner said he is not seeking retribution for what happened to his two cats, but considering the neighborhood’s proximity to Greenacres Elementary School and that the dogs had already escaped the day before, he feels as if the only safe resolution in this case is to have the two pit bulls euthanized.

“I am not looking for revenge on this person,” Zenner said. “It was a total mistake on his part, but on the other hand these are vicious dogs. If the cats were in the neighbor’s yard or across the street I’d understand a little bit more but these cats were right in my backyard.”

Zenner continued, “And this really hurts, I mean, it tears my heart out.”