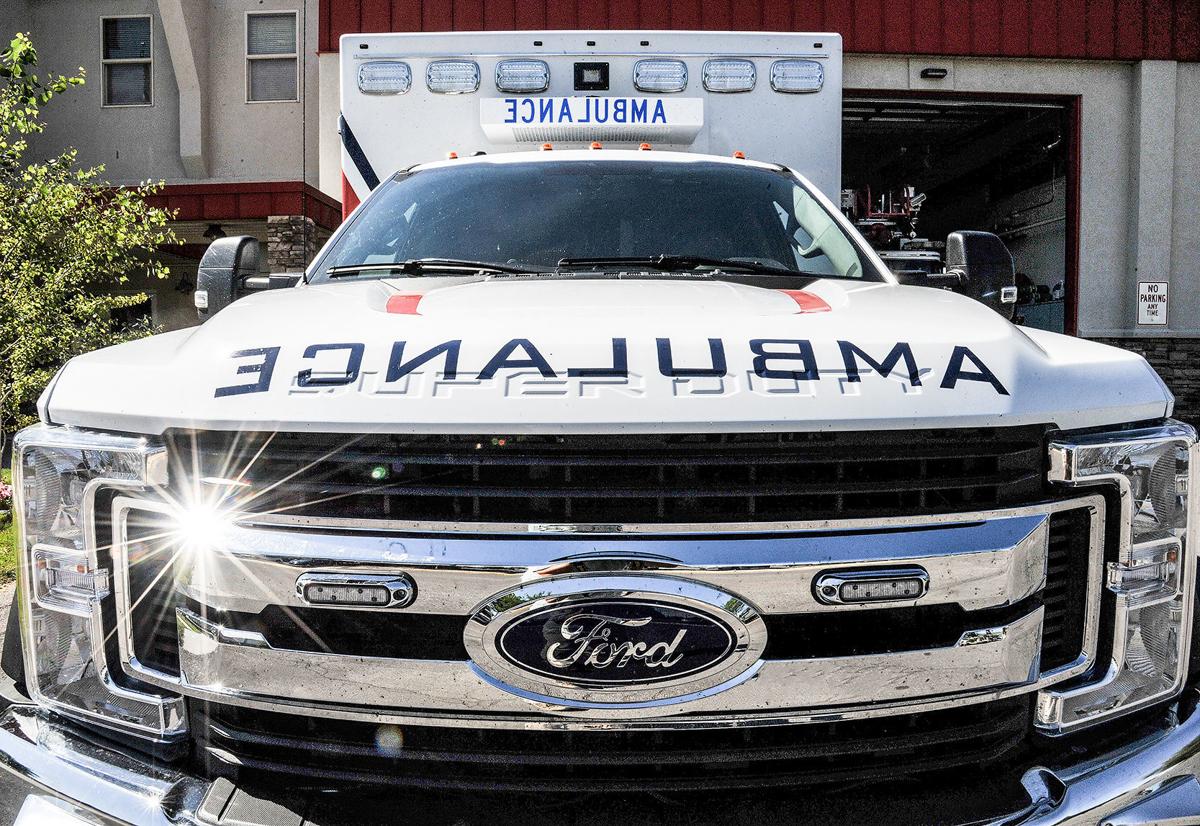 The city of Pocatello and Bannock County are discussing the future of a longstanding agreement under which the city provides ambulance service for the county. 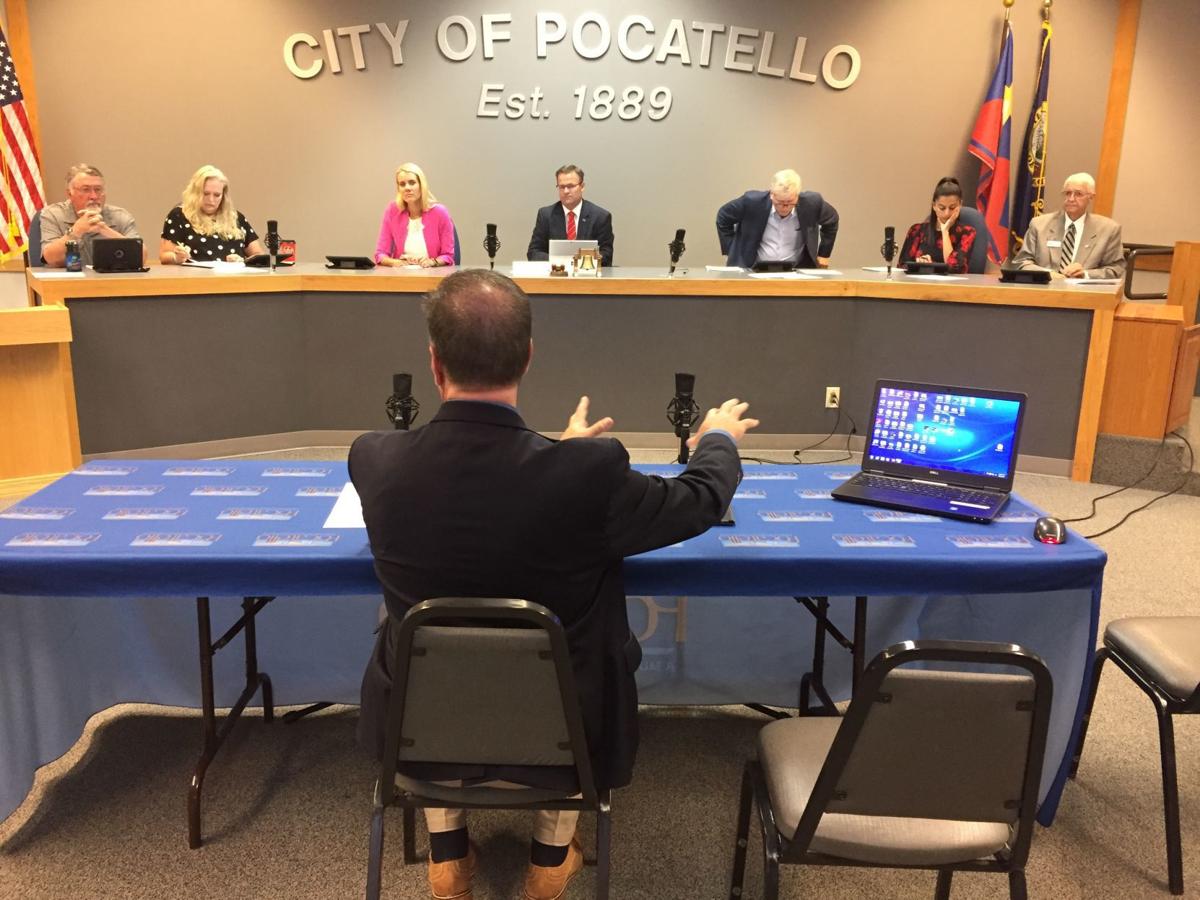 Bannock County Commissioner Steve Brown speaks to the Pocatello City Council on Thursday about concerns over the longstanding agreement under which the city provides ambulance service for the county.

The city of Pocatello and Bannock County are discussing the future of a longstanding agreement under which the city provides ambulance service for the county.

Bannock County Commissioner Steve Brown speaks to the Pocatello City Council on Thursday about concerns over the longstanding agreement under which the city provides ambulance service for the county.

POCATELLO — Bannock County commissioners say they’re concerned about a longstanding agreement through which the city of Pocatello provides county ambulance service and they may explore other options.

Commissioner Steve Brown announced the county’s intention to submit a request for proposals from other potential ambulance service providers during a Thursday morning address to the Pocatello City Council.

Also during his 45-minute presentation, Brown made the case to the city that it’s legally obligated to help clean up groundwater contamination originating from the Bannock County Landfill, and he suggested that the county and city should combine their 911 dispatch centers for improved efficiency.

Brown said there are private contractors throughout the country who would likely be in a position to submit a proposal to provide service for Bannock County’s ambulance district.

“This may or may not change anything,” Brown told the council, adding the county needs to start discussions about other possibilities to make sure the taxpayers are getting the best value for their money.

The county has contracted with the city for ambulance service since the early 1970s. The city recently discovered that the agreement with the county expired in 2017, during an internal financial review requested by the county.

Following the discovery, Mayor Brian Blad recalled he told the commission, “We need to work through this and go from there.” He added that there was “no real sense of urgency on either part.”

Brown emphasized that the ambulance district’s levy is maxed out, and the county must supplement the district’s budget with general tax dollars.

“We don’t have any authority or any input on what it costs to run the district. That is solely the responsibility of the city,” Brown said. “Why would we have a contract we have no say in how much it’s going to cost?”

Blad expressed his optimism that the issue would be resolved and the contract would continue during an interview with the Journal prior to Brown’s presentation, but the mayor acknowledged he, too, has some concerns about a few details.

Blad said that the city’s police department informed him during the winter that the city was dispatching for the ambulance service without county compensation. He said the city would like the county to cover about a third of the dispatching cost — the county’s share would be roughly $300,000 to $400,000.

Furthermore, Blad said the city is funding three paramedics that should be covered by the county’s budget.

Brown said the situation is the result of an improper agreement the county and city made several years ago; the county consented to fund three firefighters in exchange for the city covering the county’s obligation with the three paramedics.

“Things have been a certain way for a long time, and we need to make sure it’s still the right way to do it,” Brown said.

Councilwoman Linda Leeuwrik argued it would also be inefficient and duplicative to end the agreement with the city for ambulance service — potentially in favor of a private provider.

Regarding the county’s landfill, Brown argued the city will have no choice but to join in the effort to address a lingering groundwater contamination issue.

Levels of chlorinated solvents, once heavily used for dry-cleaning and industrial de-greasing, are on the rise in monitoring wells within the landfill. The county signed an agreement about a year ago with CDM Smith, an industry leader in cleaning up the challenging class of contaminants.

“Where the city used to own the landfill and federal environmental law requires everybody who had participation in that landfill to be a part of that solution, that requires us to work together to come up with a solution,” Brown said.

Brown said CDM Smith is doing a good job with its groundwater modeling to determine the source of migrating contaminants. Furthermore, he said the county has developed “new lines of communication” with the Idaho Department of Environmental Quality, improving a relationship that was strained in the past.

David Goings, a senior hydrologist with DEQ, said his agency has avoided weighing in on legal culpability for the landfill problems but agreed, “There are a number of parties who are potentially legally responsible for that.”