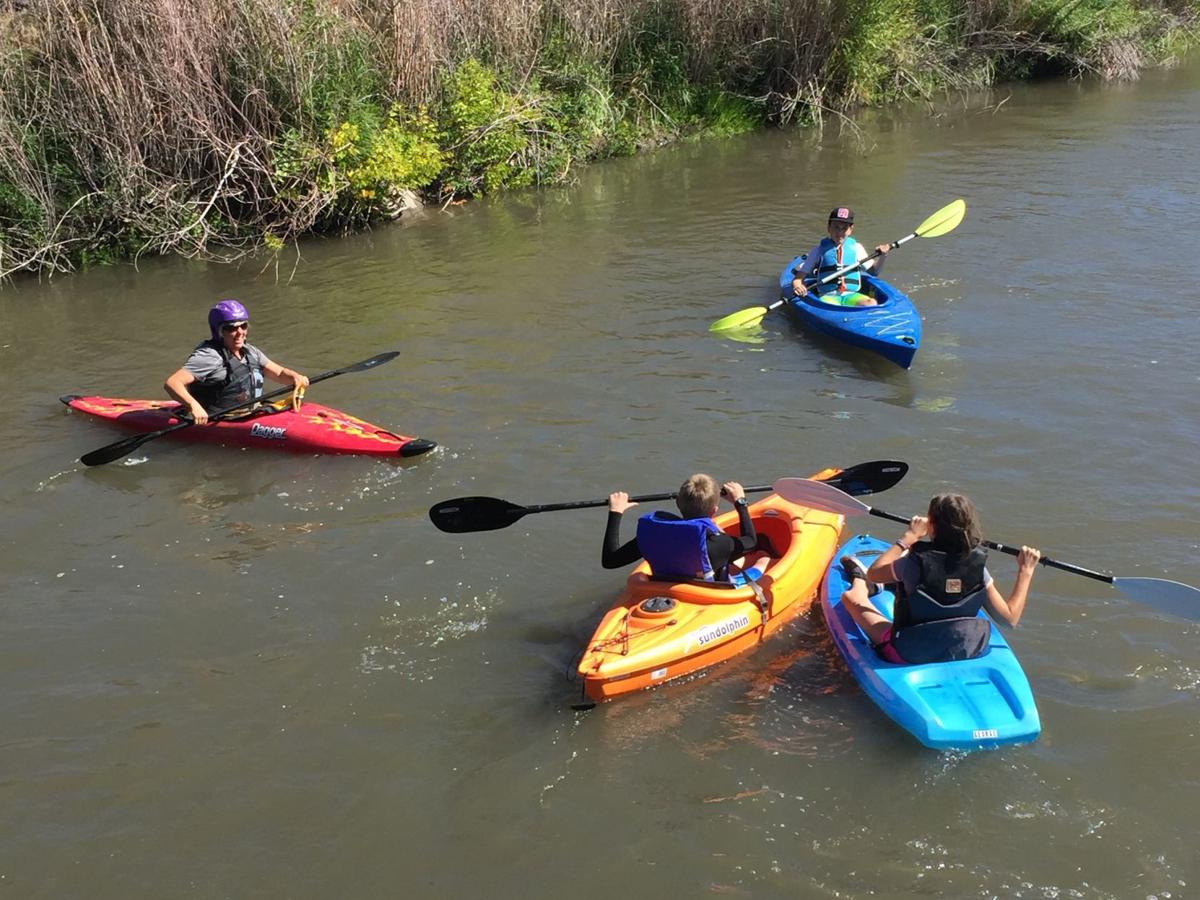 Pocatello Community Charter School students, joined by their teacher Cara Sonnemann in the red kayak, practice paddling and steering near the launch point of their Portneuf River float trip in this file photo from September 2019. 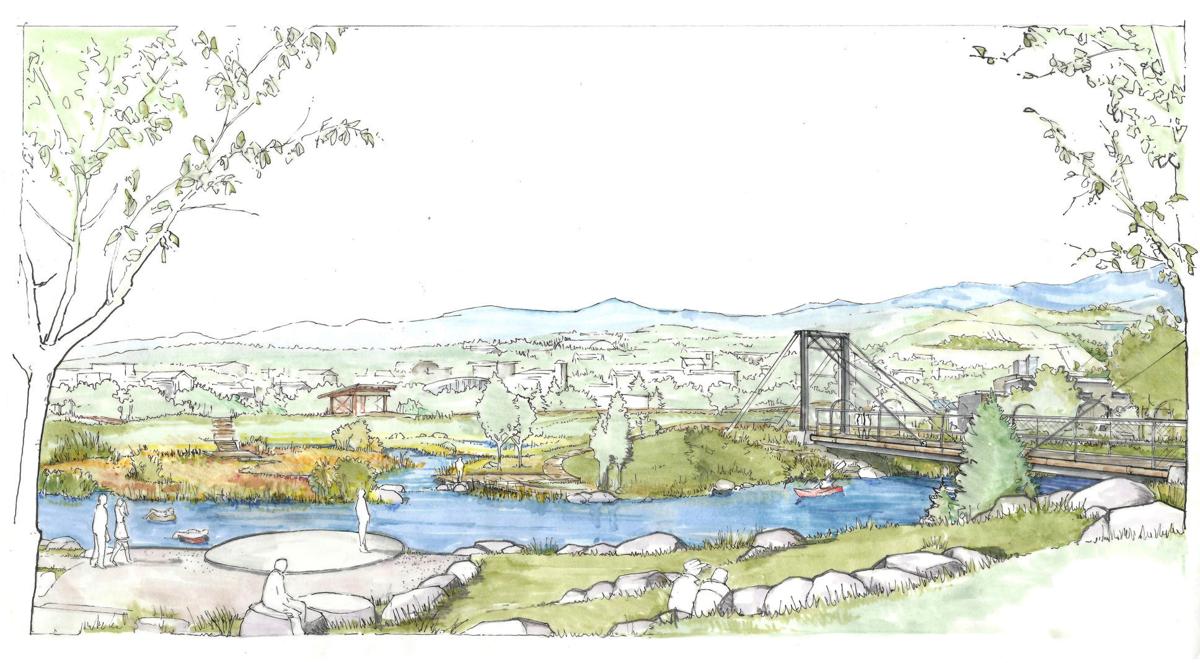 This sketch shows a wetland along the Portneuf River the City of Pocatello is planning in Rainey Park.

Pocatello Community Charter School students, joined by their teacher Cara Sonnemann in the red kayak, practice paddling and steering near the launch point of their Portneuf River float trip in this file photo from September 2019.

This sketch shows a wetland along the Portneuf River the City of Pocatello is planning in Rainey Park.

POCATELLO — The City Council approved $50,000 Thursday toward a new collaboration with the Sagebrush Steppe Land Trust aimed at improving the Portneuf River.

The new partnership is one of many recent examples of the city’s strides toward implementing the short-term priorities of its Portneuf River Vision Study. The study resulted in a 28-page document, released in 2016 and updated in 2017, highlighting community desires for the river and potential projects to improve it.

A memorandum of understanding will be drafted during the coming months governing how the locally based land trust will help the city identify fundraising strategies and goals, assess properties to acquire and devise a conservation vision for the Lower Portneuf River.

The council approved an additional $250,000 Thursday for Harmony Design & Engineering to draft plans for a new amphitheater along the river in Centennial Park, with large boulders and a grassy sitting area, and a wetland across the river. The wetland would be located in a current baseball field next to the Pocatello Community Charter School. The city recently released a new rendering of the planned amphitheater and wetland. A cost estimate will be available once the designs are completed, and the city intends to solicit donations for the project throughout the next two years, said Hannah Sanger, the city’s science and environment division manager.

Sanger said the wetland and amphitheater were the top short-term priority identified by residents who participated in the vision study, and the city will be soliciting donations and pursuing grants to fund it.

“We have been checking off our short-term priority projects,” Sanger said.

Sanger has overseen an effort to establish put-ins and take-outs for people who float the Portneuf River from a mile upstream of the Fort Hall Mine Landfill to the charter school.

The city recently released a map of the river access sites, available at river.pocatello.us, and signs will be added at each access point in the coming week.

Sanger is working on regulatory approval through the Army Corps of Engineers to build a dock at Centennial Park to improve river access for floaters. She plans to apply for grants and fundraise toward the $1,000 estimated cost of the dock, which could be built by next summer, and also hopes to add floating docks at other put-ins.

She’s already applied for grants to establish new put-ins in the stretch of river north of the city, including one off of Douglass Lane where she would like to build a boat ramp.

By promoting floating, Sanger believes the city stands to foster an appreciation for the river among residents, as well as an awareness about its threats.

“It’s really hard to protect something if we don’t even know it’s there,” Sanger said. “This is a great way to connect community members to the river so we can protect water quality.”

Sanger believes having a partner to help the city move forward on so many fronts to improve the river represents the “next critical step” in the vision. Sanger said the land trust should lend “a strong set of criteria to help us prioritize what is important land” as the city seeks to raise funds and acquire open space along the river from willing sellers.

The land trust’s executive director, Matt Lucia, said his organization plans to hire a conservation manager, and he envisions a major focus of that employee’s job will involve furthering the goals of the Portneuf River Vision.

Lucia is hopeful that the city and the land trust will work hand in hand for decades on river improvements. He said the memorandum of understanding will outline more specifically what his organization will do to help and how it will invest revenue from the city.

“We are evolving as an organization. We are looking at ways we can add benefit and values to the communities in our service area,” Lucia said. “This presents a tremendous opportunity to add value and fulfill our mission as a conservation organization.”