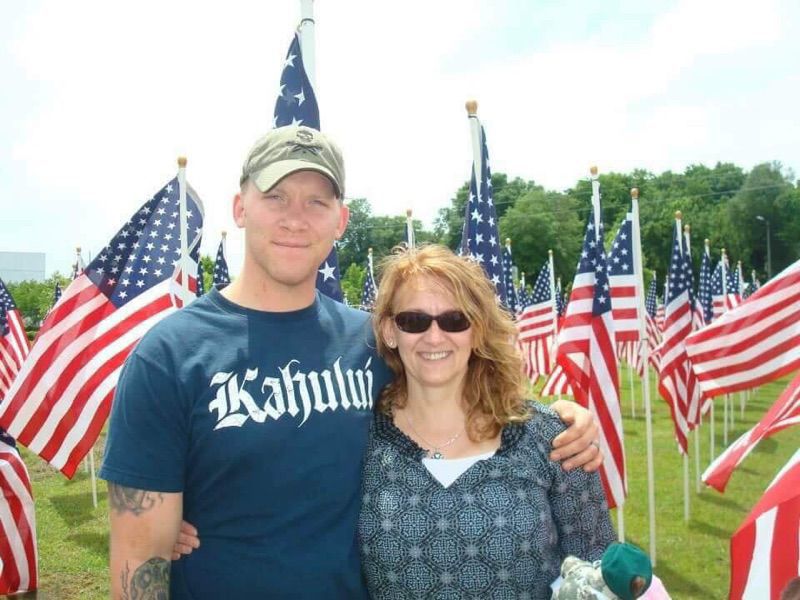 Mark Daniel Leshikar stands with his mother, Tammy Mabey, after he graduated from the Army Special Forces qualification course in May 2012. Leshikar, 33, of the Army’s 19th Special Forces Group, died last month at a private residence in Fayetteville, North Carolina. He grew up in Pocatello. 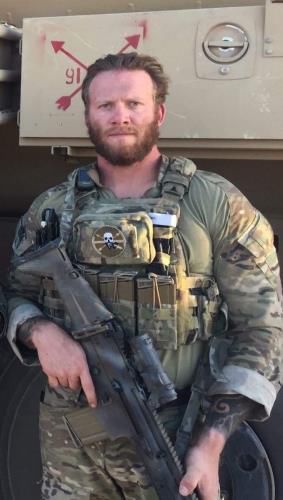 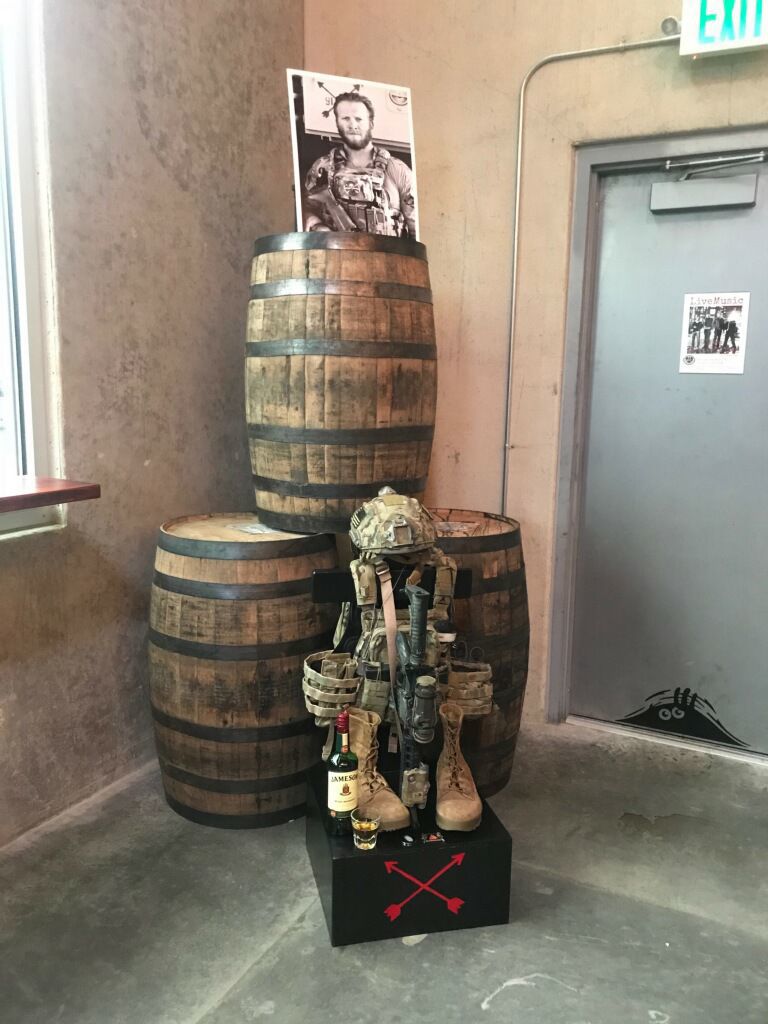 A memorial for Sgt. 1st Class Leshikar, 33, of the Army’s 19th Special Forces Group and a Pocatello native, who died last month at a private residence in Fayetteville, North Carolina.

Mark Daniel Leshikar stands with his mother, Tammy Mabey, after he graduated from the Army Special Forces qualification course in May 2012. Leshikar, 33, of the Army’s 19th Special Forces Group, died last month at a private residence in Fayetteville, North Carolina. He grew up in Pocatello.

A memorial for Sgt. 1st Class Leshikar, 33, of the Army’s 19th Special Forces Group and a Pocatello native, who died last month at a private residence in Fayetteville, North Carolina.

Whether it was battling the Taliban in Afghanistan or defending a friend against a schoolyard bully, Green Beret Mark Daniel Leshikar was somebody who could be counted on to do the right thing, his mother said.

Sgt. 1st Class Leshikar, 33, of the Army’s 19th Special Forces Group who was born in Elko, Nevada and raised in Pocatello, died last month at a private residence in Fayetteville, North Carolina.

Stationed at Fort Bragg, Leshikar was fatally shot by a fellow soldier on March 21 following an altercation with that soldier, who has not been identified, said Lt. Sean Swain, a spokesman for the Cumberland County Sheriff’s Office.

“We are waiting for the police investigation to be completed to find out exactly what happened,” said Leshikar’s mother, Tammy Mabey, who currently resides in Lake Stevens, Washington. “But the hardest part for us is that he was such a patriotic guy.”

Fueled by events that transpired on Sept. 11, 2001, Leshikar was a senior in high school when he asked his mother to sign a special consent form that would allow Leshikar, age 17 at the time, to join the U.S. Air Force.

A member of the Air Force Honor Guard, Mabey said Leshikar completed a three-year tour of duty while stationed at Keesler Air Force Base in Biloxi, Mississippi.

“After 9/11, his biggest dream was to protect America,” Mabey said.

After completing three years in the Air Force, Leshikar spent the next six years working various jobs in Bellingham, Washington, which was where his mother lived at the time. Three years stateside with the Air Force did not, however, quench Leshikar’s desire to serve his country.

In January 2009, Leshikar volunteered again for military service, only this time he had his eyes set on becoming a Green Beret. He entered the Army as a combat engineer and completed basic and advanced individual training at Fort Sill in Oklahoma. Leshikar joined the 19th Special Forces Group as a non-special forces qualified soldier in June 2009.

Nearly three years later in May 2012, Leshikar completed the Special Forces qualification course, and in three more years Leshikar would embark on his first tour of duty outside the country with a deployment to Afghanistan in 2015. Leshikar would deploy again to Tajikistan in 2017 in support of Operation Enduring Freedom.

“The motto of the U.S. Army Special Forces is de oppresso liber, which is Latin for ‘to free from oppression,’” Mabey said. “Helping the people who couldn’t help themselves — that was something my son was always so proud of.”

In addition to several achievement and commendation medals, Leshikar’s awards and decorations include, among others, the Bronze Star Medal, the National Defense Service Medal and the Global War on Terrorism Medal.

But one of Leshikar’s favorite awards is a medal presented to him by members of the 19th Special Forces Group, Mabey said.

“One of the awards that his crewmates gave him that was really special to Mark is a coin that says, ‘The Medal of Badassery,’” Mabey said. “Mark would do whatever it took to uphold that honor.”

Described by his mother as one of the most loyal people you could meet, Leshikar was 100 percent faithful to his wife, Laura, and daughter, Milana, who turned 5 last month.

“He would be loyal to a fault almost,” Mabey said. “He always put his wife and daughter above everything.”

Leshikar’s devotion to his family was a catalyst for his requested transfer to Fort Bragg in North Carolina last October, said Mabey, adding that her son was offered a position that kept him from deploying for a while.

The third-oldest of six children, Leshikar was the type of person who took pride in sticking up for the people who didn’t have the will or strength to stand on their own, Mabey said.

“He was his siblings’ hero,” she added. “He was the one they looked up to and modeled their own lives after.”

Mabey continued, “Not only with his own family, but for his friends and strangers, too — Mark was always there for people. After his second tour, he had friends that were really struggling when they got back and he did all he could to pull them out of dark places.”

Though still under investigation, Mabey said the circumstances leading up to her son’s death came as a big surprise.

The unidentified soldier involved in the altercation prior to the fatal shooting was one of Leshikar’s best friends. Leshikar and his family traveled to Florida with the soldier and his daughter for a vacation the week before Leshikar died.

“I keep imagining all these things that could have happened,” Mabey said about the circumstances of her son’s death. “But I know that Mark loved (the unidentified soldier). He invited him to go on vacation with his family and he was my granddaughter’s godfather. None of it makes any sense.”

In the weeks since Leshikar died, Mabey said the military has gone above and beyond in supporting her family.

“We were in North Carolina for a week before we were able to fly home with my son,” Mabey said. “But when we got back, there was an an amazing tribute for him at the airport in Seattle.”

Not one too keen on public attention, Mabey said her son would be upset about the sharing of his story but felt compelled to talk about him after a conversation with Milana following Leshikar’s funeral services on April 2.

“My daughter-in-law handed me Mark’s obituary and asked me to explain to my granddaughter what it meant,” Mabey said. “I took her over to the couch and I said we have all these papers because your daddy is in the paper and he was such an amazing person that we wanted everybody to know about him. And in the back of my mind I thought Mark would be so pissed because he hated any spotlight. He said it took away from what he did.”

But as much as he wouldn’t have wanted it, Mabey added, I think he deserved it.