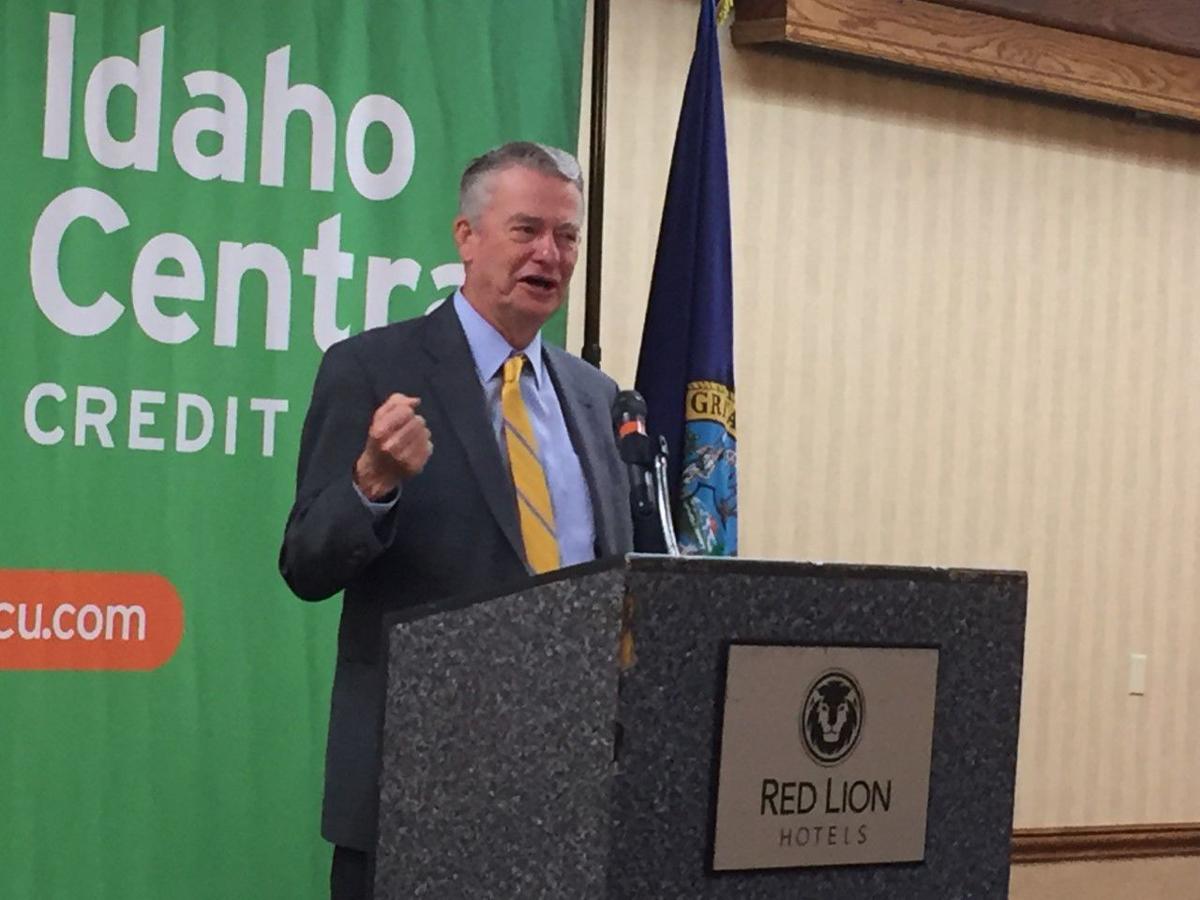 The state’s rapid growth and progress, however, has come with a “flip side,” Little warned during a Monday morning breakfast address to the Pocatello-Chubbuck Chamber of Commerce, hosted at Red Lion Hotel.

The first-term Republican governor cited a late-July report concluding four Idaho markets rank among the top 10 nationally for anticipated appreciation in housing values throughout the next year: Coeur d’Alene, Idaho Falls, the Boise and Nampa area and Pocatello. The prediction was made by Veros Real Estate Solutions, which is a risk management and predictive analytics firm.

“That’s not a bad thing unless you are a first-time home buyer or you are having a housing affordability issue, and then it is an issue,” Little said of the report.

In addition to a heightened need for affordable housing to meet the needs of a growing workforce, Little said strong economic growth also places greater demands on public education and infrastructure.

By next spring, Little said the state should update a transportation study he conducted as lieutenant governor in 2010, providing a better road map for infrastructure investment.

“We have got to invest upfront in transportation so we’re not doing it after the fact,” Little said, emphasizing poor infrastructure poses a safety risk and wastes time to congestion. “I’m committed to doing something on transportation.”

To bolster the state’s public schools, Little said Idaho has significantly increased starting teacher pay, to be phased in over two years. The state has also doubled its investment in literacy programs and started the Our Kids, Idaho’s Future task force to evaluate literacy and career readiness among students into the future. Investment in scholarships has also been significantly increased, he said.

Idaho ended last year with $100 million in surplus revenue and is forecast to reach the same savings at the end of this year. Little said Idaho has built up its rainy day fund to roughly $500 million, thereby limiting the risk that education will have to be cut or taxes raised in the event of a recession. Little said the state government is bigger, so he believes the state should further grow its reserves.

“Idaho, we are on a lot of lists in how we responsibly manage money,” Little said. “I believe businesses that expand or relocate in the area are doing that because they look at our balance sheet ... and they look at the opportunities here.”

Little said the state is also working to make regulations less burdensome on businesses. His first executive order was to implement the Red Tape Reduction Act, which has led to cutting or simplifying more than 40 percent of the 8,200 pages of Idaho rules, Little said. He said an interim state committee is working to address another 20 percent of those rules, making them concise and easy to understand.

Little is optimistic that Idaho’s health care costs are poised to drop significantly in the near future. He noted Medicaid expansion is scheduled to go live after Jan. 1. The state also plans to implement short-term and Idaho-based health plans, and its investment in mental health crisis centers has paid dividends, he said. Little predicts the model used to create Pocatello’s new crisis center will be copied statewide.

Little is especially encouraged by recent business growth in the Pocatello area, where Amy’s Kitchen has become a significant employer and the FBI is consolidating its data centers. He also referenced recent successes involving small businesses, such as Partner Steel in Pocatello, which was recently named the Small Business Administration’s exporter of the year.

“My governing philosophy is we don’t spend money we don’t bring in, we save money for a downturn and we make investments so our kids thrive and choose to stay here,” Little said.