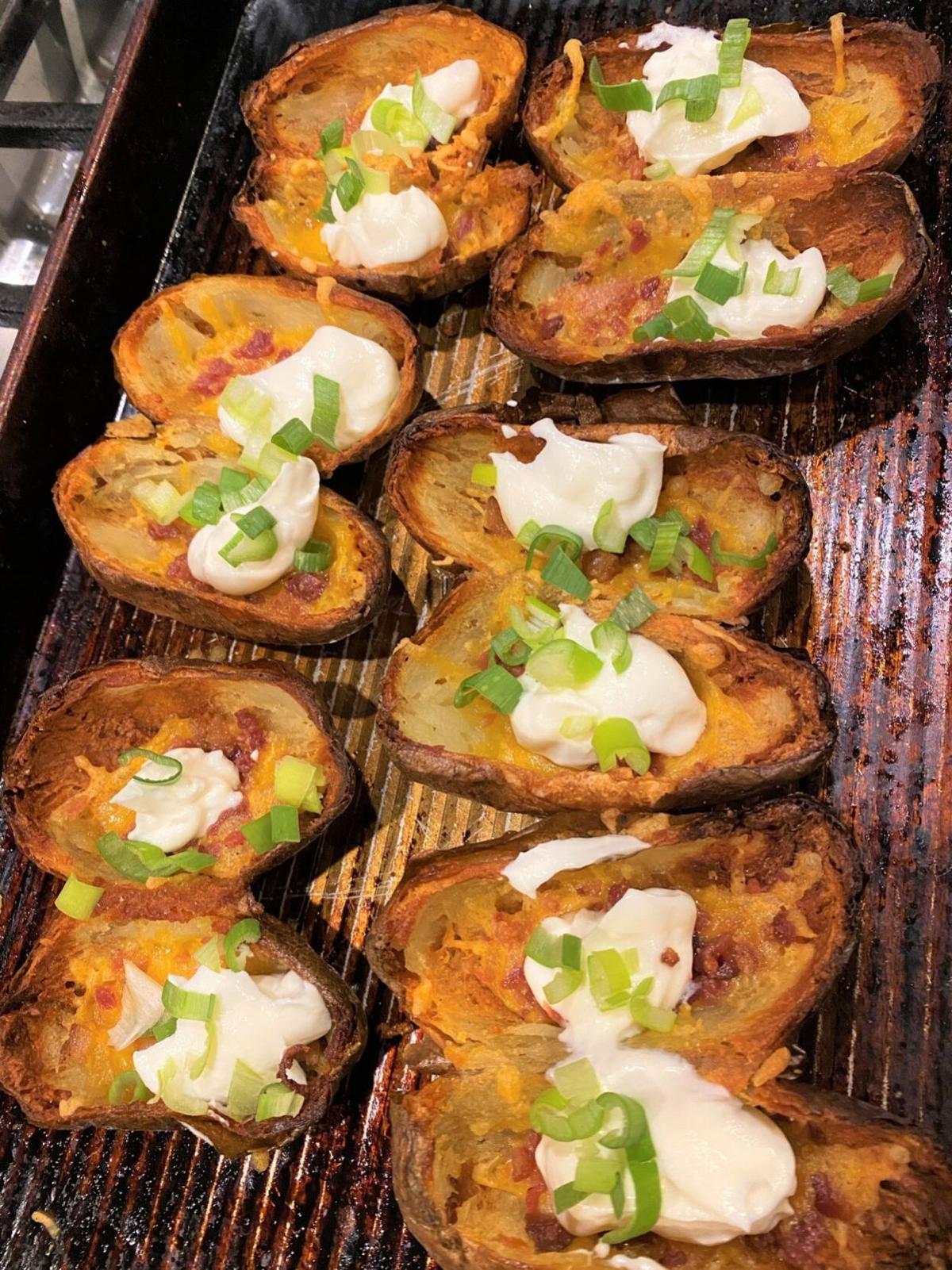 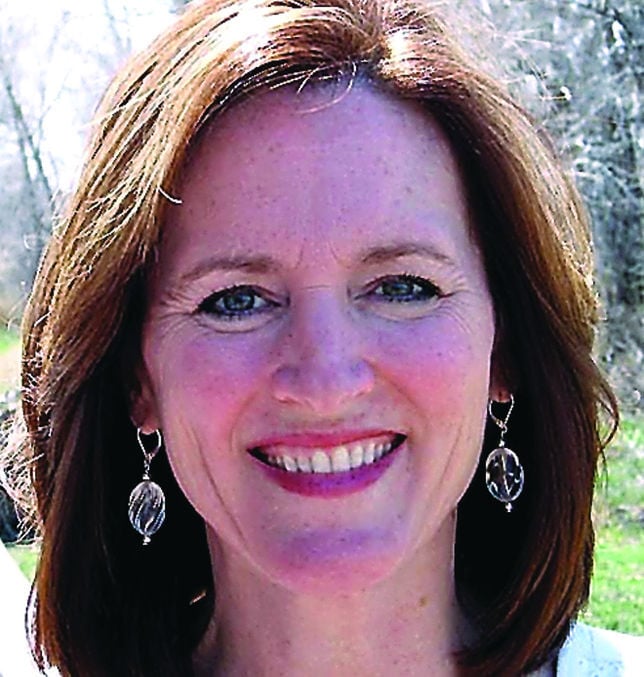 I love appetizers and one of my favorites is my loaded potato skins. These tasty little hand-held snacks are hearty and full of flavor, but they’re also simple to make. While making mashed potatoes, I normally throw out the skins, but here’s a good reason to save them. These crispy skins are stuffed with all the flavors of a loaded baked potato. I always make a batch while I’m preparing mashed potatoes because I baked the spuds rather than boil them. This gives my mashed potatoes extra fluffiness and leaves the skins for this delicious treat. (Check out my recipe for make-ahead mashed potatoes on my website.) It’s a great way to utilize the entire potato and it gives your family a little treat while anticipating their meal.

Place potatoes directly on the rack of a 400 degree oven and bake for about an hour. You want them to be very soft. Remove from oven and let cool a bit. Using an oven mitt, slice the potatoes in half and scoop out the flesh, leaving a ¼ of flesh with the shells. (Use the scooped out flesh to make Belle’s Make-Ahead Mashed Potatoes).

Increase the oven temperature to 450 degrees. Place the shells on a rimmed baking sheet. Rub the potato skins inside and out with the oil. Sprinkle with the salt and pepper. Bake for 10 minutes, flip and bake another 10 minutes. Remove from the oven. Divide and place the sour cream, bacon and cheese into each shell. Sprinkle with the onions and then broil for about 2 minutes or until cheese is melted.

Brenda Stanley is the mother of five children, including two sets of twins and a grandmother of eight. She is a cookbook author and novelist. For more recipes and information, visit her website www.talesofthedinnerbelle.com.