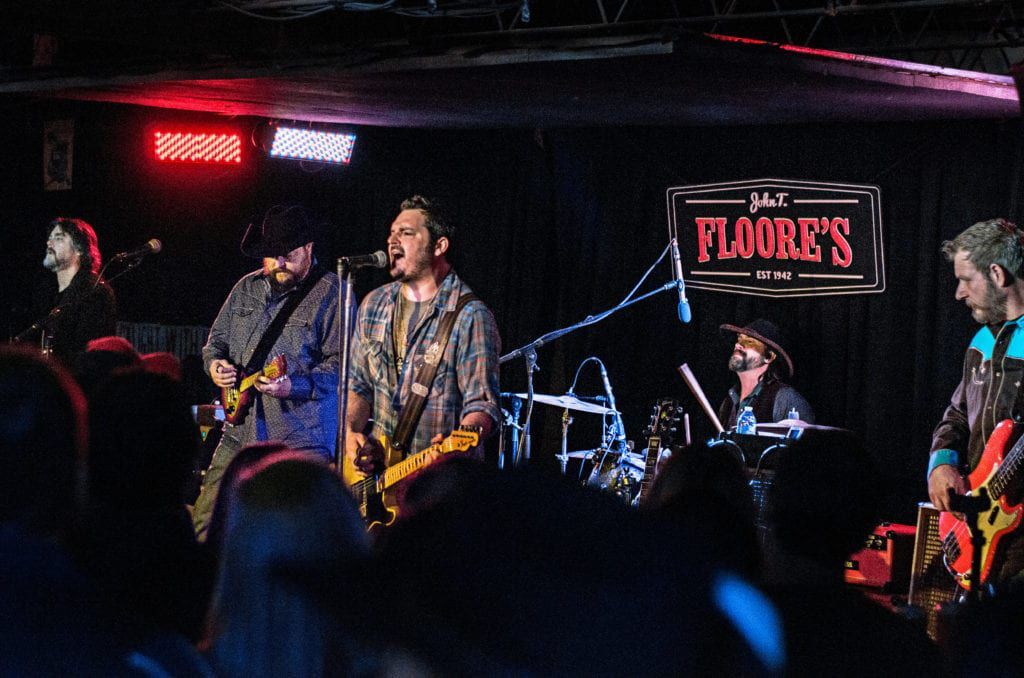 The popular band Reckless Kelly will perform on Oct. 16 at the Stephens Performing Arts Center in Pocatello. 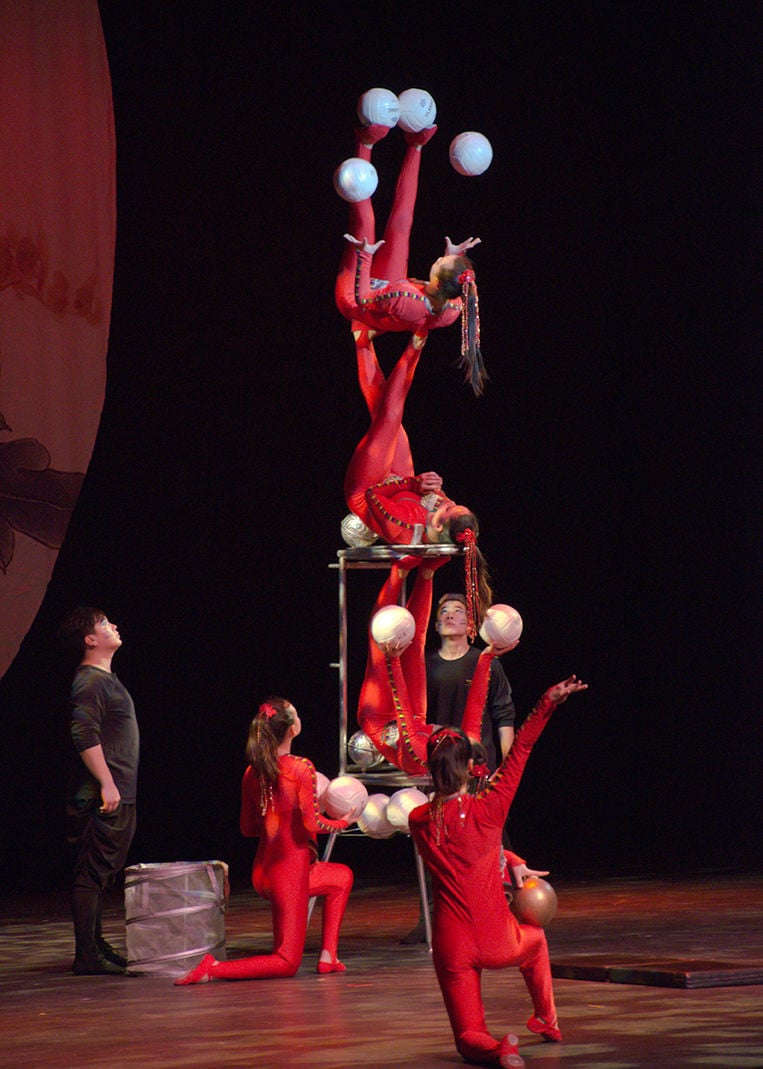 The Golden Dragon Acrobats will perform on Jan. 19 at the Stephens Performing Arts Center in Pocatello.

The popular band Reckless Kelly will perform on Oct. 16 at the Stephens Performing Arts Center in Pocatello.

The Golden Dragon Acrobats will perform on Jan. 19 at the Stephens Performing Arts Center in Pocatello.

POCATELLO — Idaho State University will host a range of entertainment during the 2021-22 “A Season of Note” series with all performances at the Stephens Performing Arts Center’s Jensen Grand Concert Hall.

Doug Gabriel started singing at the age of 2 and professionally at the age of 12. He toured and opened for many other stars like Marie Osmond, Roy Clark, Tony Orlando, Tanya Tucker, Bobby Vinton, Mel Tillis, The Gatlins, Moe Bandy, Ronnie McDowell and more.

As a long-time favorite in Branson, it wasn’t a stretch that in 1994 his own show was created, “The Branson Morning Show, starring Doug Gabriel.” His talent has made him Branson’s Most Awarded Performer, and soon he began performing at night to the same ovations he got during the day. His is the eighth longest running act in the Branson area.

In their 24th year, Reckless Kelly continues to do what’s made them among the best in the Texas music scene, balancing roots country and rock with original songs centered around rousing and introspective melodies and dynamic musicianship. Their September 2016 album release (their ninth) “Sunset Motel” scored a 2017 Grammy nomination. This was a follow-up to their Grammy-winning, ballad-rich “Long Night Moon,” with such tartly honest roots-rocking tunes about heartache and indecision as “How Can You Love Him (You Don’t Even Like him),” “Moment in the Sun,” and “One More Last Time,” as well as the social commentary of “radio” and the upbeat honky tonk urgency of “Volcano.” Reckless Kelly’s string of critically acclaimed albums set a standard of reliable excellence and commitment to an instinctive vision of Americana.

The iconic and profoundly influential Nitty Gritty Dirt Band, often cited as a catalyst for an entire movement in country rock and American roots music, continues to add to their legendary status. With multi-platinum and gold records, strings of top-10 hits such as “Fishin’ in the Dark” and “Mr. Bojangles,” multiple Grammy, IBMA, CMA awards and nominations, the band’s accolades continue to accumulate. Their groundbreaking “Will The Circle Be Unbroken” album has been inducted into the U.S. Library Congress as well as the Grammy Hall of Fame. NGDB’s recording of “Mr. Bojangles” was also inducted into the Grammy Hall of Fame in 2010.

Dec. 14: Christmas with the Celts

Christmas with The Celts is the name of the holiday show from the music group The Nashville Celts. The Nashville Celts are Laura McGhee on vocals and fiddle, Fiachra O’Regan on uilleann pipes, Ric Blair on vocals guitar, bodhran and piano, Will Clark on vocals, mandolin and banjo and others including the crowd-pleasing Irish dancers.

“A Swingin’ Little Christmas” is a fun-filled evening of Christmas standards, together with a few original holiday songs, plus all of the great hits from Bogguss’ legendary career. She brings her entertaining personality and matchless vocals, along with a stellar Nashville band, to performing arts centers and theaters around the country for an enchanting night of sing-alongs and sentimentality the whole family will love.

The Golden Dragon Acrobats, who hail from Cangzhou, China, have toured all 50 states and 65 other countries across the world. Its members are athletes, actors and artists who have studied and trained for their craft since early childhood. This award-winning acrobatic troupe has performed on Broadway twice. Don’t miss out on award-winning acrobatics, traditional dance, spectacular costumes, ancient and contemporary music and theatrical techniques with breathtaking skill and spellbinding beauty.

Lately, the third generation of Duttons has been taking the stage by storm. It isn’t hard to get a true “family” feel when getting a glimpse now and then of Grandpa and Grandma performing up on stage along with their children and grandchildren.

Diamond Rio is known for their hits “How Your Love Makes Me Feel,” “One More Day,” “Beautiful Mess,” “Unbelievable,” “In A Week or Two” and more. They released their first-ever autobiography, “Beautiful Mess: The Story of Diamond Rio on Thomas Nelson” in 2009.

In a sea of Beatles shows, “Yesterday and Today” is one of a kind. It does away with wigs, costumes and fake accents and concentrates on recreating the music, energy and spirit of the world’s most popular band.

The most surprising element of this show is the heart and personal connection that comes through each and every show. The McGuigan brothers have created something that reminds audiences of the importance of family and the connection that music provides in everyone’s lives.

Unique to “Yesterday and Today” is the all-request aspect of the show. Audience members fill out request cards prior to the show. Their requests are used to make up the set list two minutes before the show starts.

March 26: “The Spinning Tales of Peter Pan and Cinderella on Ice”

Join us in a world where magic is real, adventure is epic, and love is harmonious. Sit on the edge of your seats as professional champion ice skaters, Broadway-level singers and cirque performers captivate you.

Our story spins through the world of famous tales of Peter Pan and Cinderella. Cinderella defeats the odds by jumping through obstacles to find her true love — a new twist on your average love story. Following a long-awaited true love’s kiss, pirates interrupt and Peter Pan is called for a nonstop adventure through Neverland.

Four women at a lingerie sale have nothing in common but a black lace bra and memory loss, hot flashes, night sweats, not enough sex, too much sex and more. This hilarious musical parody set to classic tunes from the 1960s, ’70s and ’80s will have you cheering and dancing in the aisles. See what more than 15 million women and fans worldwide have been laughing about for 18 years.

Season tickets as well as tickets for individual events are on sale now. There are three different season packages available. Package A is for the full season: $350 for main seating and $305 for upper-level seating. Package B features Diamond Rio, Christmas with the Celts, “Yesterday and Today,” Reckless Kelly, “Menopause the Musical” and Doug Gabriel: $200 main and $177 upper. Package C features “Spinning Tales,” “Swingin’ Little Christmas,” Golden Dragon Acrobats, Nitty Gritty Dirt Band and The Duttons: $150 main and $130 upper.

For more information on the 2021-22 Season of Note, contact the Stephens Performing Arts Box Office at 208-282-3595 or visit isu.edu/stephens. Ticket information and purchase is available at www.idahostatetickets.com or by calling the box office.