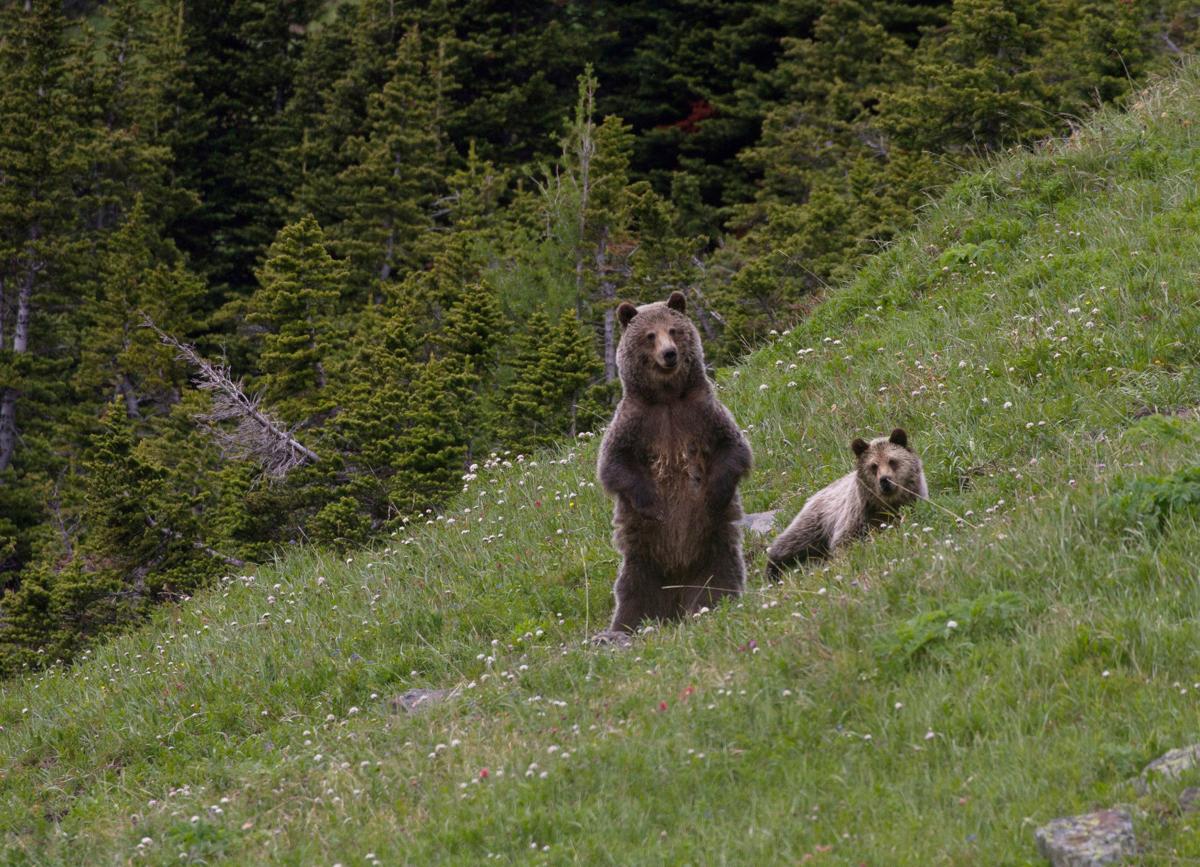 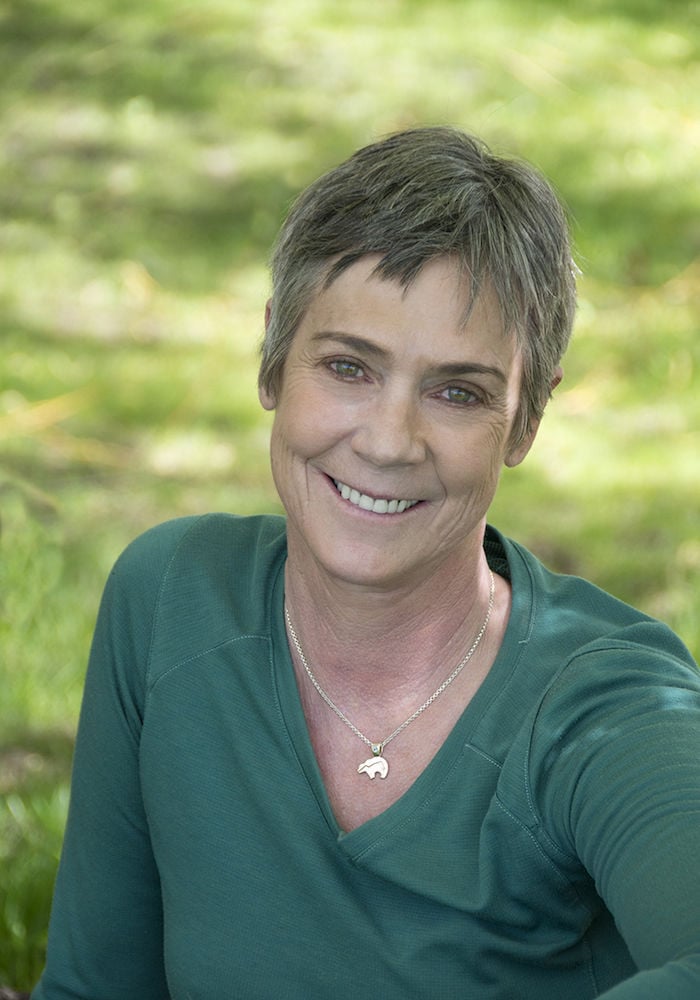 Our relationship with wildlife has thankfully evolved since 80 A.D. when 50,000 cheering fans packed the Roman Coliseum to witness the slaughter of over 5,000 animals — including bears. Or since Elizabethan times when blindfolded chained bears were pitted against mastiffs to entertain blood-thirsty drunken crowds. Or since bounty hunters and well-armed settlers in the American West killed every wolf, bear and cougar they could find in the name of Manifest Destiny.

Our treatment of animals has surely become more enlightened. We have banned wanton abuse of animals and curbed killing of wildlife. We have also learned a lot about the critical role that large carnivores play in the web of life and our national psyche. Our collective grief over the extirpation of many species fueled the passage of the Endangered Species Act — a codification of our nation’s moral commitment to preventing extinctions.

But just how much have we really evolved since the days of Nero? And why is it that so many are still entertained by the sight of animals being harassed, slaughtered and eviscerated? What explains the thirst to possess body parts taken from large toothy predators? If, in fact, we were so enlightened, copies of Outdoor Life with covers featuring snarling grizzlies would no longer fly off the racks. And shows such as “Savage Wild” featuring animals being gunned down and tormented would not have so many fans.

The truth is that below the veneer of civilization we are still gripped with an inchoate ancient fear and fascination with animals that can kill us — often expressed as a need to dominate, eliminate or just simply be titillated. And the media and entertainment industries are master manipulators of our emotions.

Take the newly released slasher flick “Grizzly ll: Revenge” and a recent episode of “60 Minutes.” The film features a 16-foot mechanical grizzly bear that takes revenge for the slaughter of her cub, relentlessly pursuing a poacher, a park ranger and campers played by George Clooney, Laura Dern and Charlie Sheen. Its promoters add this: “The terror doesn’t end there as the giant grizzly finds its way to a Woodstock-type concert in Yellowstone National Park where she goes on a killing spree.”

No Halloween spoof, this is the long-waited “lost sequel” to the 1983 film “Killer Grizzly” in which a ranger attempts to halt the bloody rampage of an 18 foot man-eating grizzly that attacks a helicopter and kills the pilot before the beautiful co-star grabs a bazooka and explodes the bear.

These are not meant to be comedies.

Studios have been terrifying audiences with stories about vindictive killer grizzlies for decades — as if the progenitor of the genre, “Jaws,” were not enough. Not surprisingly, we humans, with our unique capacity for revenge, have continued to trap, shoot and poison any large carnivore we deem to be a threat or even merely a nuisance — long after passage of the ESA.

Yet every year researchers and coexistence practitioners add to our knowledge about the vital role predators play in maintaining ecosystems and our understanding of how we can amicably live with bears, wolves and cougars. Today we have an arsenal of commonsense — and nonlethal — ways to keep ourselves safe in grizzly country without needing to kill every bear that triggers a response from our brainstem.

But the film industry is expert at circumventing rationality and otherwise appealing to our reptilian brains.

Similarly, journalists still profit by the trope: “If it bleeds it leads” — even though reporters need to be held to a higher standard than horror films. As the fourth pillar of democracy, the media is vital to fostering a democratic culture that nurtures our political system and provides citizens with information to make enlightened decisions.

Measured against these ideals, the recent episode of CBS’ 60 Minutes, titled “People and Grizzlies Learn to Live with Each Other,” is particularly disturbing. Despite its billing as an exploration of challenges coexisting with grizzly bears, the show is largely devoted to serving up a buffet of toothy pornography.

The episode begins with footage of an ensnared grizzly bear lunging at the camera — not that different perhaps from what Shakespeare saw near the Globe Theater or what George Clooney confronts in “Grizzly ll.” Then there was a grizzly attacking a cow and rolling it over in a gory free-for-all — reminiscent of popular 19th century exhibitions where grizzlies were pitted against bulls as crowds cheered.

Throw in footage of the show’s correspondent putting his hand into the drugged and blindfolded bear’s mouth, and of a bloodied hunter being life-flighted by helicopter to a hospital after being mauled by a grizzly, and your ratings are guaranteed. Although the show gave a nod to coexistence, allowing bear expert Bryce Andrews a few short minutes to share how people do manage to live harmoniously with bears, what sticks with you are the images of fangs and carnage.

Why do the movie and media industries continue to portray grizzlies and other predators as vicious and vengeful maniacs? Have we learned nothing from the many years of research about the lives of these fascinating animals that do their best to stay out of our way? Don’t these industries hold some responsibility for rare and often imperiled animals — or to the public trust?

Evidently not, as long as blood and violence sell.

Former CBS and NBC programming president Jeff Sagansky explained it this way: “The No. 1 priority in television is not to transmit quality programming to viewers, but to deliver consumers to advertisers. We aren’t going to get rid of violence until we get rid of advertisers.”

There you have it: gore to enrich greedy advertisers. Public interest be damned.

Adding insult to injury, government agencies were complicit in the “60 Minutes” episode. The state and federal government allowed the visibly nervous crew to film a trapped distraught bear in contravention of long-standing practices and policies. The reason that the public and press have long been banned from trapping operations is that the presence of spectators is potentially dangerous, and the venue is guaranteed to offer up a deservedly provoked and even pissed-off bear.

Making matters worse, a Fish and Wildlife Service employee made several of what I believe to be false or inflated claims, including about impacts of grizzlies on ranchers. In one recent compilation, grizzly bears were shown to have killed between one one-hundredth to three one-hundredth of a percent of total cattle in Montana, Idaho and Wyoming. More than 99 percent of annual deaths were attributable to disease, weather, birthing, and theft — not depredation. Moreover, the state reimburses ranchers for losses to predators.

Why would government officials charged with recovering grizzlies exaggerate conflicts?

The most plausible reason is that fueling fears helps build momentum to strip ESA protections and pave the way for a trophy hunt and increasingly lethal control of conflicts — an agenda the government has doggedly pursued for the last 25 years.

Regardless, by reinforcing stereotypes of grizzlies as ferocious killers the media is harming bears, as well as the broader public interest.

As inane as “Grizzly ll: Revenge” and its ilk are, they can have terrible consequences. For example, shark researchers found that “Jaws” contributed to the decline of shark numbers. George Burgess, director of the Florida Program for Shark Research, said that “Jaws” “made it sexy to go catch sharks. … A collective testosterone rush swept through the East Coast. It was good blue-collar fishing. You didn’t have to have a fancy boat or gear — and there was no remorse, since there was this mindset that they were man-killers.”

Closer to home, we have plenty of testosterone and fear when it comes to grizzlies. We don’t need another slasher flick or bloody news story. Hormones and our lizard brains are doing more than enough damage already.

It is long past time that we recognize that violence fueled by subterranean terrors is not serving us, grizzly bears or other increasingly imperiled predators we share this planet with. We can replace destructive fear with commonsense and compassion for wild creatures with big teeth. Now more than ever we need to hold the media and entertainment industry’s feet to the fire and demand that they give us an honest picture of the animals we share this small world with — not toothy pornography.