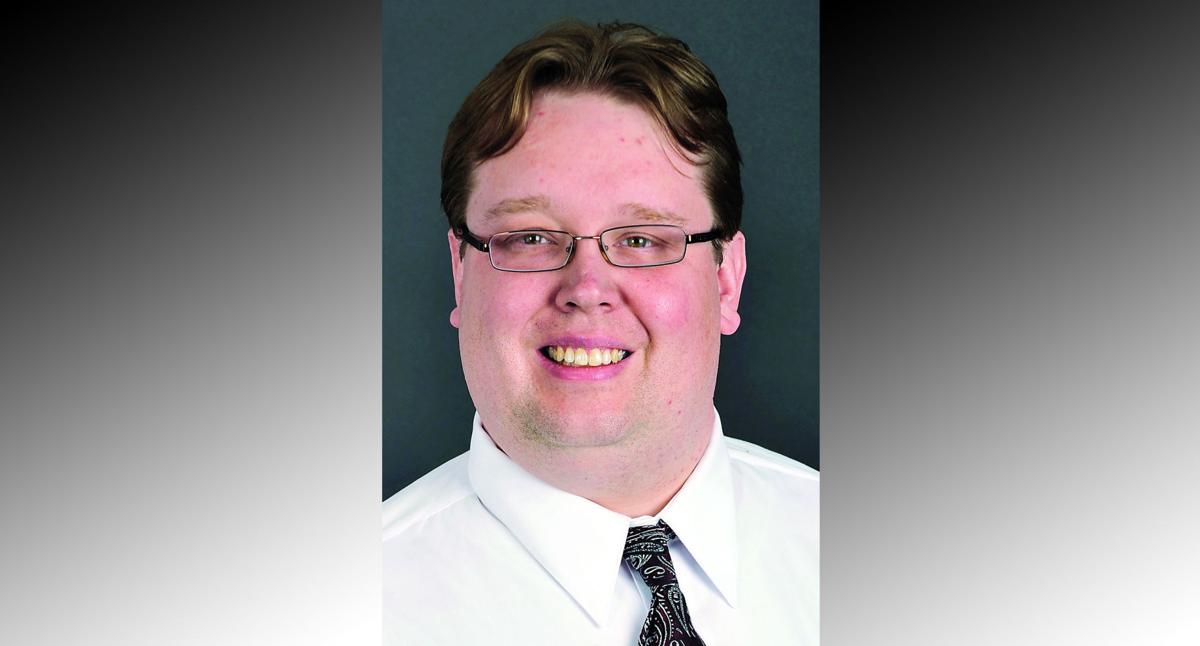 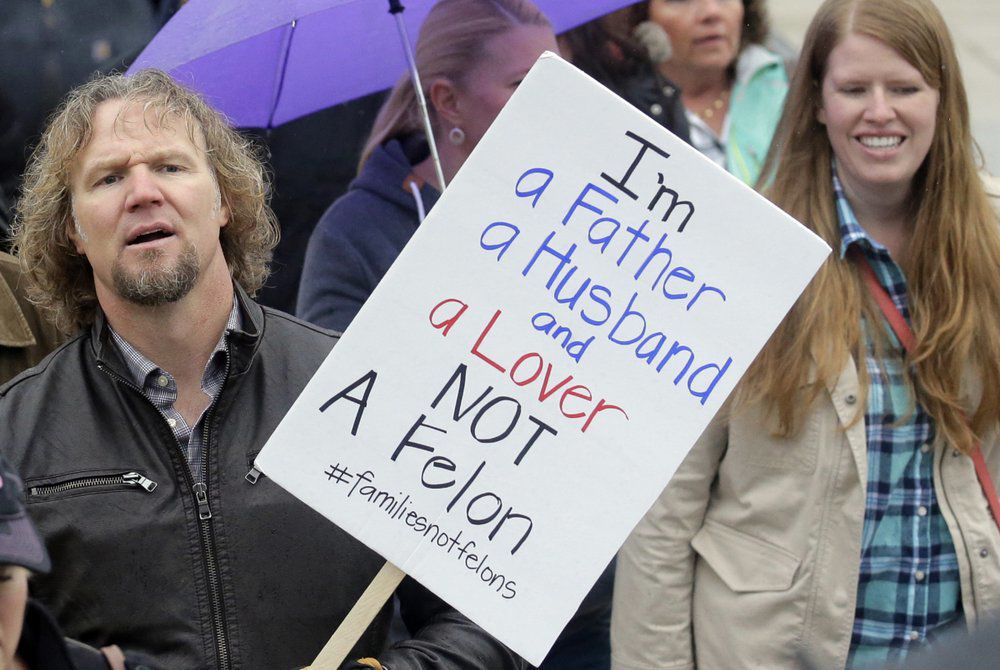 Kody Brown, left, from TV’s reality show “Sister Wives,” marches during a protest at the Utah Capitol in Salt Lake City in 2017.

Kody Brown, left, from TV’s reality show “Sister Wives,” marches during a protest at the Utah Capitol in Salt Lake City in 2017.

Not without good reason, the news for the past few weeks has been dominated by the coronavirus pandemic. However, there are other events that warrant comment. One of these is from our neighbor to the south, Utah.

Utah has a history that is tied to polygamy. Utah was settled by members of The Church of Jesus Christ of Latter-day Saints. The church for several decades during the 1800s practiced, on a limited basis, polygamy. Not always, but often, polygamy was used as a social welfare tool to provide support to aged widows or those with young children. The church discontinued the practice in the 1890s. Today, members of the church who practice polygamy are excommunicated and no are longer considered members of the church.

However, some who belong to groups that broke away from The Church of Jesus Christ of Latter-day Saints still practice polygamy. While official numbers do not exist, it is estimated that over 1 percent of Utah’s population is part of polygamist families.

Polygamy, which until recently was almost universally vilified, has seen somewhat of a resurgence from a public relations point of view. Recent reality television shows including “Sister Wives,” “My Five Wives” and “Three Wives, One Husband” tend to portray polygamist families as having many of the same issues as other American families. The HBO television drama “Big Love” from a few years back painted the fictional Henrickson family as an all-American family enjoying prosperity in Sandy, Utah, despite persecution from narrow-minded individuals who do not value the lifestyle choices of polygamists.

Recently, Utah’s polygamists got something to celebrate from Beehive State’s Legislature and governor. During the most recent session of the Utah Legislature, Senate Bill 102 decriminalizing polygamy was passed, and a few days ago Gov. Gary Herbert signed the legislation. A surprise to many was the strong support the legislation received among lawmakers, with only three members of the Utah House voting against the measure. However, the bill sparked controversy in a state with historic ties to polygamy.

The effect of the legislation legally will be to reduce the penalty from a felony punishable up to 15 years in prison to an infraction that would carry a penalty on a par with most speeding tickets in the Beehive state. Supporters of the bill felt that reducing penalties down to an infraction would encourage women and children to come forward authorities with accounts of abuse and neglect.

However, the logic of the bill’s supporters is at best questionable. Prosecutors in Utah for some time had been highly reluctant to prosecute those involved in polygamy, especially the women and children who are all too often victims of the practice. If no one is being prosecuted for polygamy then it is doubtful that anyone in the polygamist community was fearing prosecution for being in a plural marriage.

Not surprisingly, polygamists came to the Utah Legislature to show their support for the proposed legislation. Those involved in polygamy saw the value of the bill. For them, the legislation gives a sense of legitimacy to polygamy which they have struggled for decades achieve. Given that polygamy is no longer a felony, many in Utah may come to see it as an acceptable lifestyle choice in an era that has expanded the definitions of marriage and family.

Polygamists were not alone in lobbying for this legislation. A prominent libertarian think tank called the Libertas Institute used its weight to support the decriminalization effort. The organization worked with the bill’s sponsor, Sen. Deidre Henderson, R-Spanish Fork, to craft the legislation that was just enacted.

The organization’s website also boasts the following: “Libertas Institute is effective; 82% of our proposals that are considered by the Utah House or Senate are successfully enacted into law.“ The organization’s initiatives include: eliminating the use of federal money by Utah’s government, repeal of compulsory education for children, decriminalizing “victimless crimes” and stopping the state’s economic development efforts.

Form Libertas Institute’s point of view, the passage of polygamy decriminalization represented a victory over the government having too much to do in the personal lives of Utah’s citizens. However, this victory came at a cost to many powerless and innocent Utahans.

Those who have left polygamy all too often paint a less than a pretty picture of what life in plural marriage is like. There are many credible and tragic stories involving child abuse (sexual and physical), rape and domestic violence. Also, there are the tragic story of the “lost boys.” The lost boys are homeless teenage boys who are culled out of polygamist groups so that there will not be competition for the girls and women who are considered by the group to be ready for marriage.

Research also speaks to the social and personal toll polygamy wreaks. According to Brown University political science professor Rose McDermott, “Women in polygynous communities get married younger, have more children, have higher rates of HIV infection than men, sustain more domestic violence, succumb to more female genital mutilation and sex trafficking, and are more likely to die in childbirth. Their life expectancy is also shorter than that of their monogamous sisters. In addition, their children, both boys and girls, are less likely to receive both primary and secondary education.” Given that polygamy has been just given a seal of acceptability by Utah’s legislators it is unlikely that the harsh reality of polygamy will improve, rather it may get even worse.

It is also important to realize that it is possible for a 16-year-old to get a marriage license in Utah with parental consent and limited judicial oversight. Reducing the penalty for polygamy only will incentivize polygamist families in Utah to marry off their young daughters into more polygamist marriages.

Utah’s citizens may have been better served if the state chose the path of enforcement. Seeking out the men who marry young girls and women and investigating and prosecuting when necessary. Polygamy is not a victimless crime — already too many women and children have been victims.

Unfortunately, bad legislation often does not stay contained within state borders. Often states will look at their neighbor’s recent legislation for insight and inspiration. Let us all hope that Idaho does not look to Utah for guidance in the matter of polygamy.