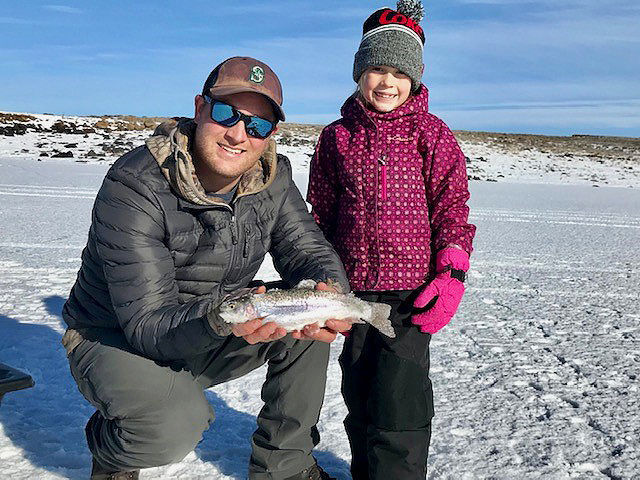 A father and daughter show off a trout they caught ice fishing at Mormon Reservoir. 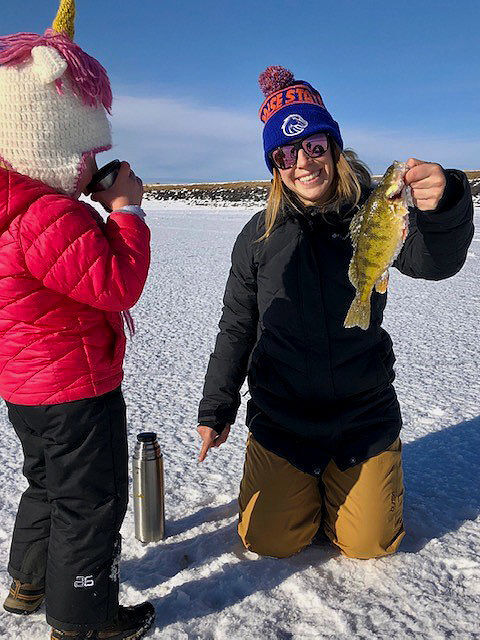 More people than ever before bought Idaho fishing licenses in 2020. 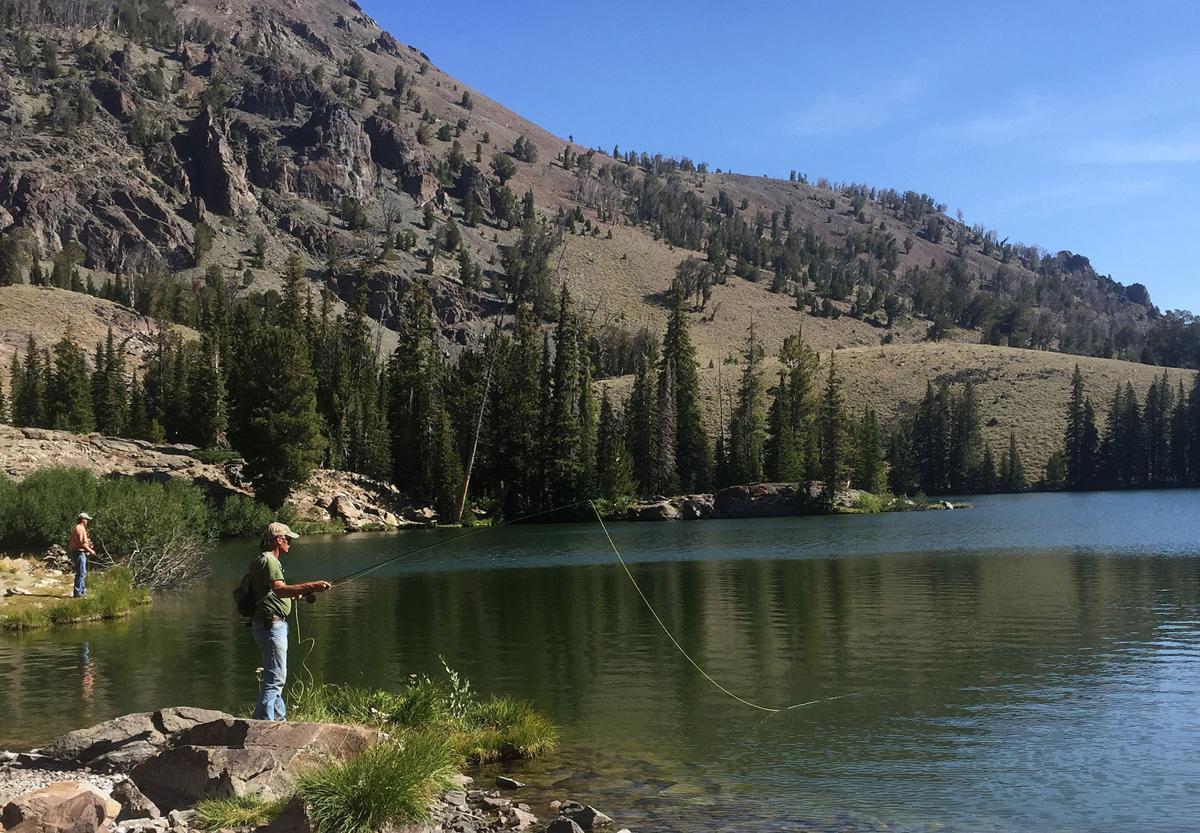 A pair of fishermen try their luck at Iron Bog Lake in Idaho. More anglers than ever bought licenses this year.

A father and daughter show off a trout they caught ice fishing at Mormon Reservoir.

More people than ever before bought Idaho fishing licenses in 2020.

A pair of fishermen try their luck at Iron Bog Lake in Idaho. More anglers than ever bought licenses this year.

The numbers don’t lie. More Idahoans and people across the nation decided to take up fishing or return to fishing in huge numbers this past summer.

Experts, and at least one study, point to Americans rediscovering the outdoors during the pandemic. In Idaho, fishing license sales generally increase a few thousand each year, but in 2020 more than 41,000 more people bought fishing licenses from January to through October compared with all of 2019 — 2019: 185,812 and 2020: 226,928 (January through Oct. 31).

The rush to do more things outdoors did not go unnoticed by the Idaho Department of Fish and Game.

“The South Fork at times was especially crowded,” said James Brower, regional communications manager for Fish and Game. “Camping was more crowded. Those places that are well-known and easy to access and close to the major population centers, those places got pounded pretty hard.”

Brower said family fishing ponds, such as those at Ryder Park, were busy almost daily.

A national study and survey sponsored by the Recreational Boating & Fishing Foundation found that when Americans saw their typical summer activities and vacations squashed by the COVID-19 pandemic, they turned to outdoor recreation. Many people were trying activities for the first time.

“With all the uncertainty that 2020 has brought, fishing and boating provide a host of benefits including peace and relaxation, quality time with family and loved ones and even simply the calming effect of nature,” said Stephanie Vatalaro, senior vice president of marketing and communications for Recreational Boating & Fishing Foundation.

The group’s national study found that millions of new anglers are “younger, more urban and more diverse” and nine out of 10 new anglers plan on continuing with the activity in the future.

“No knowledge and not much gear except a rod and dry flies, but I’m hooked,” Helmuth said. He said the pandemic influenced his push to fish and “it was a good way to get out and socially distance while trying to find small streams to wade through.”

Taylor Rusinsky of East Idaho said, “I took up fly fishing this summer. It has been a huge learning curve but I am loving every second of it.”

“I was getting outside more because of COVID, hiking and backpacking,” Carson said. “I like fishing in general but gear is heavy to pack. I discovered the tenkara fly fishing rod … The whole things weighs and packs down to half the size of a flute. It is fun and an effective way to fish while hiking.”

Carson said she started up an outdoor women’s Facebook page last year and now has more than 300 followers.

“I think it is because of COVID that more people are getting outside,” she said. “Among other things, I wanted to put together a small group in my group of tenkara hikers.”

Fish and Game said it is happy to see the resurgence in outdoor activities and encourages the use of the resource.

“Nationwide, the trend is that hunting and fishing are on a slight decline,” Brower said of years past. “In Idaho, we’ve been pretty lucky. We’ve been stable or sometimes on a slight increase. Partly that’s due to the fact that a lot of people move to Idaho because of the resources that we have here, the public land that we have to enjoy and the hunting and fishing opportunities. For many people it’s the reason they’re coming to Idaho.”

Not everyone is happy about the resurgence fishing has seen. A Facebook query had some grumping about crowds, more trash, and out-of-state anglers.

“Every single time I floated the river this summer (30+ times) non-resident plates outnumbered local plates. And I rarely floated on weekends,” one poster wrote.