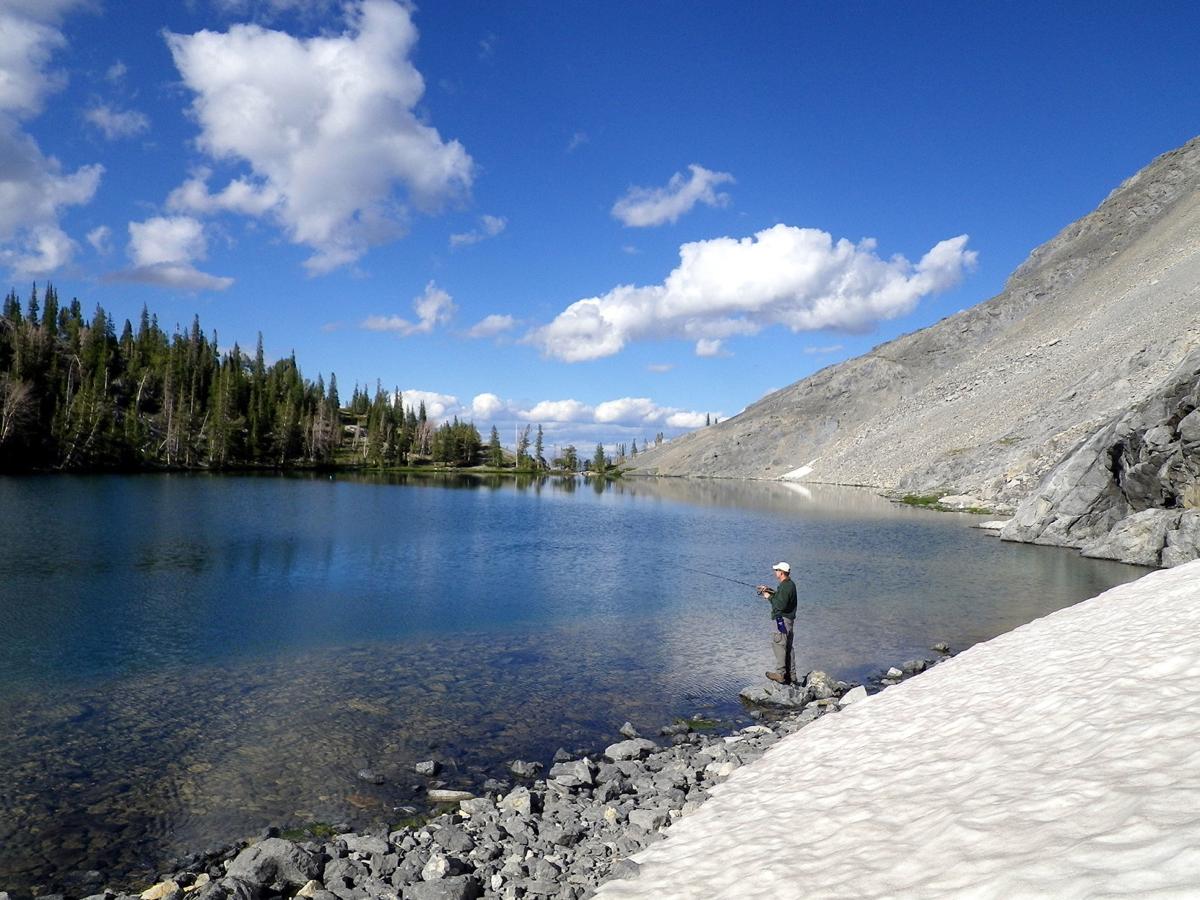 Idaho has about 3,000 alpine lakes, many of which offer great backcountry fishing opportunities. 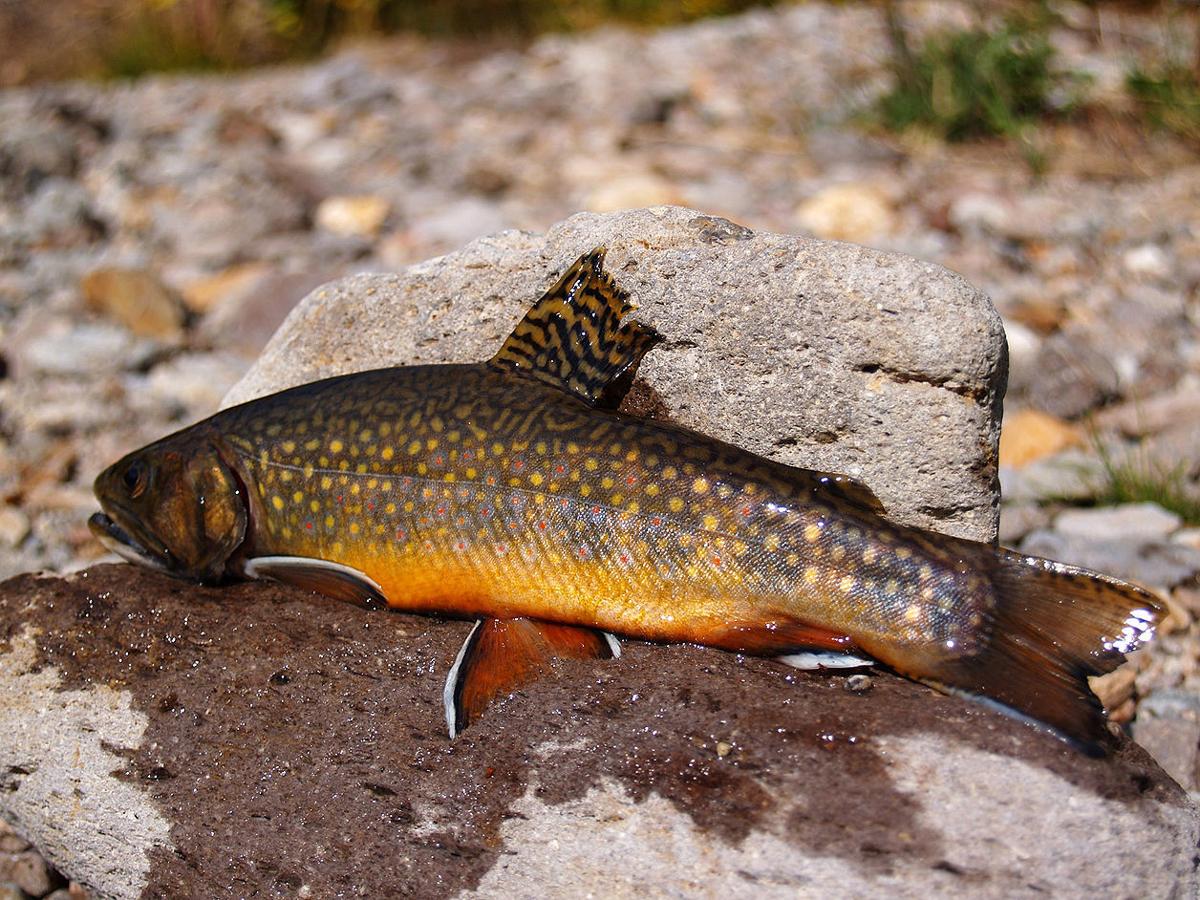 Idaho has about 3,000 alpine lakes, many of which offer great backcountry fishing opportunities.

It’s like combining two great flavors — peanut butter and chocolate or pie and ice cream. Backcountry fishing melds the fun of hiking or exploring with the pursuit of fish. And summer is the prime time to do it.

Idaho has about 3,000 backcountry lakes and hundreds of miles of streams that are generally lightly fished and surrounded by world-class scenery.

Getting to these backcountry gems is half the fun and fishing them in total solitude is the cherry on top.

“We like to backpack into an area and disappear from the world,” said Kara Dressen, of trips with her husband. “I catch a couple and then he just goes until he’s done. No busy roads or traffic or competition, it’s just how fishing should be I guess, surrounded by majestic features and silence.”

“I’m biased but the alpine lake fishing in the Upper Snake Region is as good as it gets,” High said. “We have diversity, we have size, we have diversity of access with some trails being open to motorbikes and ATVs, and some without any trails at all. Nearly all of the lakes have fish. The lakes that have fish, all fish pretty well.”

To avoid “hot spotting” and listing specific lakes or streams in the backcountry, High spoke mostly in generalities about where to go. One good place to start in choosing a mountain lake or stream is Fish and Game’s Fishing Planner found on its website. Find the Fishing Planner’s interactive map that shows trails, stocking records and fish survey records on fish species present. Contour maps can help users determine how difficult or remote an area is to get to.

“That’s a great resource for people who are trying to do a combo trip,” High said. “That will help them tailor their trip to the type of experience they are looking for.”

“I usually will use Google maps and OnX to check out streams and hiking areas,” he said via online message, “then I go on a hike to a river and try it out, maybe make a backpacking campout out of it.” OnX is a hunting app that offers GPS mapping for hunting nationwide.

The appeal of backcountry fishing is a regular draw for Eaton.

“I love the peacefulness of fishing in the backcountry, seeing the amazing trout and wildlife you can find out there, and having that waterside campfire where you can enjoy your catch right where it came from,” Eaton said. “I try to get into the backcountry for fishing at least once a month. Sometimes it will be a few times a week, or go a month or two without.”

Another avid fisherman from Rigby, Eric Call, said he enjoys going to places that require effort to get to.

“I’ve fished most lakes through the Sawtooth mountains as well as some in the Lemhi mountain range,” Call said via online message. “Alpine lakes and the fish are spectacular.”

Speaking once again in generalities, High said most alpine lakes and streams have brook, rainbows or cutthroat trout in them. Waters that are fished less frequently often have smaller fish but greater abundance. Specifically, he said most of the streams flowing into the Henry’s Fork of the Snake River have brook trout. One example is the Buffalo River in the Island Park area.

“The Buffalo River has a lot of brook trout in it but they‘re not big fish,” High said. “You can drive to the springs that are the source of Buffalo River but there’s several miles in between where there is no access other than floating or hiking.”

Another stream that requires some hiking is Robinson Creek flowing out of Yellowstone National Park.

“There are places you can drive to Robinson Creek, but there’s some really good fishing off the road if you’re willing to hike and get up in there,” High said. “The same with Warm River.”

In the early 1900s, most of Idaho’s alpine lakes and streams were fishless. Fish and Game’s Roger Phillips explained why many of Idaho’s mountains lakes now are good fisheries.

“Most have fish in them thanks to Fish and Game’s mountain lake stocking program,” Phillips said in a news release. “Every year, crews hike, pack in by horseback and fly in fingerling trout, which typically grow to catchable sizes within a few years.”

Brook trout sometimes dominate streams where they are present.

“Brook trout can provide lots of fishing action, and they can be a lot of fun to catch for young or new anglers,” Phillips said. “There’s typically a 25-fish bag limit for brook trout, but check the Fishing Seasons and Rules booklet because there are exceptions. The trade off with brook trout is they can overpopulate mountain lakes, and while catch rates can be high, fish are likely to be small.”

High recommends the motorized users check on access before setting off.

“With ATVs, I’d recommend you first get the (Bureau of Land Management) or Forest Service travel plan maps to verify that the location you want to go is open,” he said. “There are some trails in the Salmon-Challis National Forest in the Copper Basin area that have access to ATVs, like Lake Creek or Corral Creek.”

For all backcountry visitors, the experts recommend going prepared with navigation tools and skills and extra clothing backup in case of nasty weather.

“Be sure to pack clothing for cold and wet weather, even during summer because thunderstorms are common and can drop the temperature by 20-30 degrees, and a warm, sunny day can turn cold and wet within minutes,” Phillips said. “Bring enough food and water to enjoy a day outdoors, and don’t forget other items, like sunscreen and bug repellent.”

“Nearly all the streams in Eastern Idaho have fish in them to one degree or another,” High said. “What better way to get out and learn what your backyard is all about, than by hiking and doing some fishing and just exploring.”