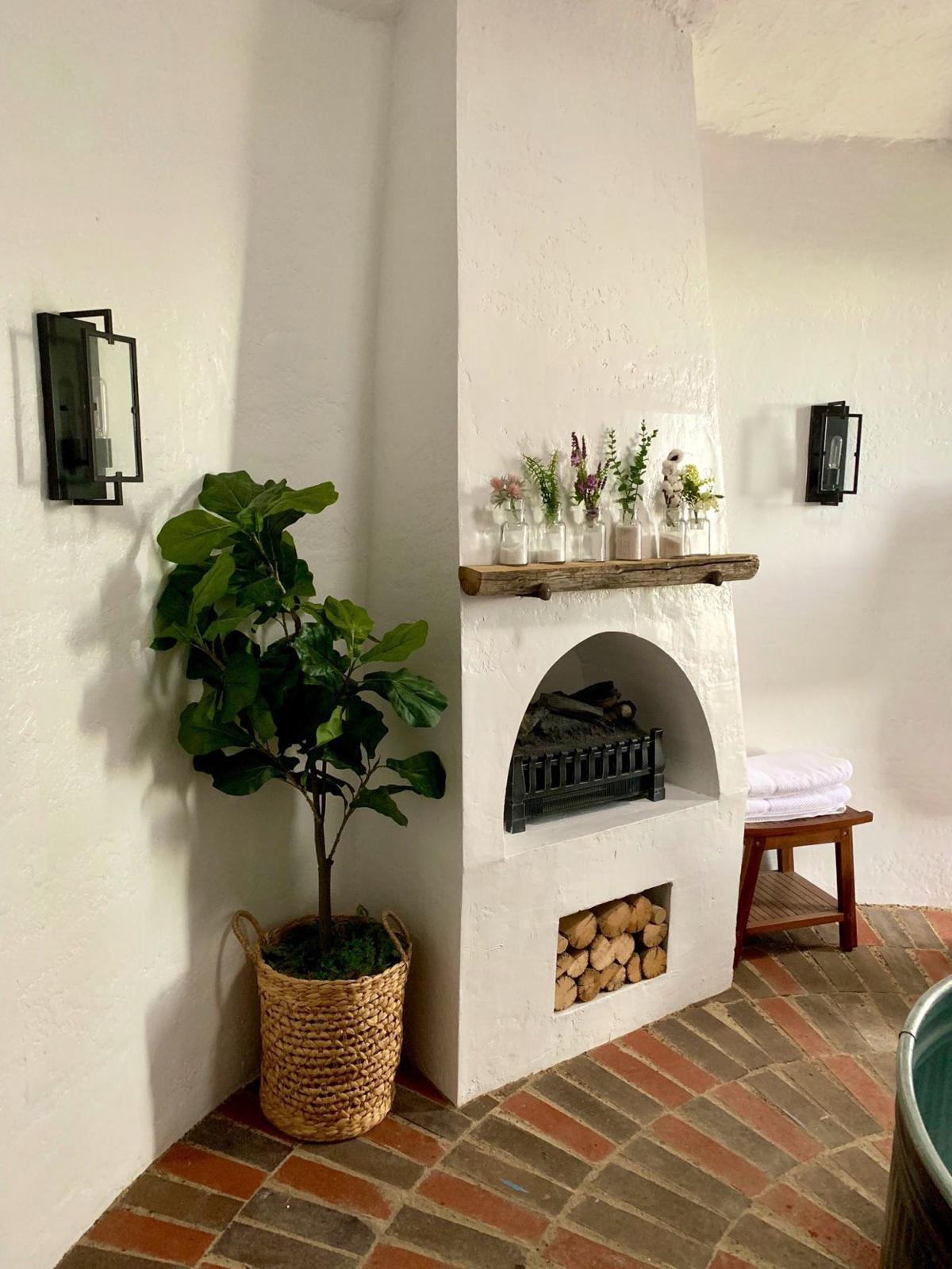 A grain silo converted into an elaborate restroom to serve the Big Idaho Potato Hotel includes a heated floor, a fireplace, a two-person tub and a separate shower. 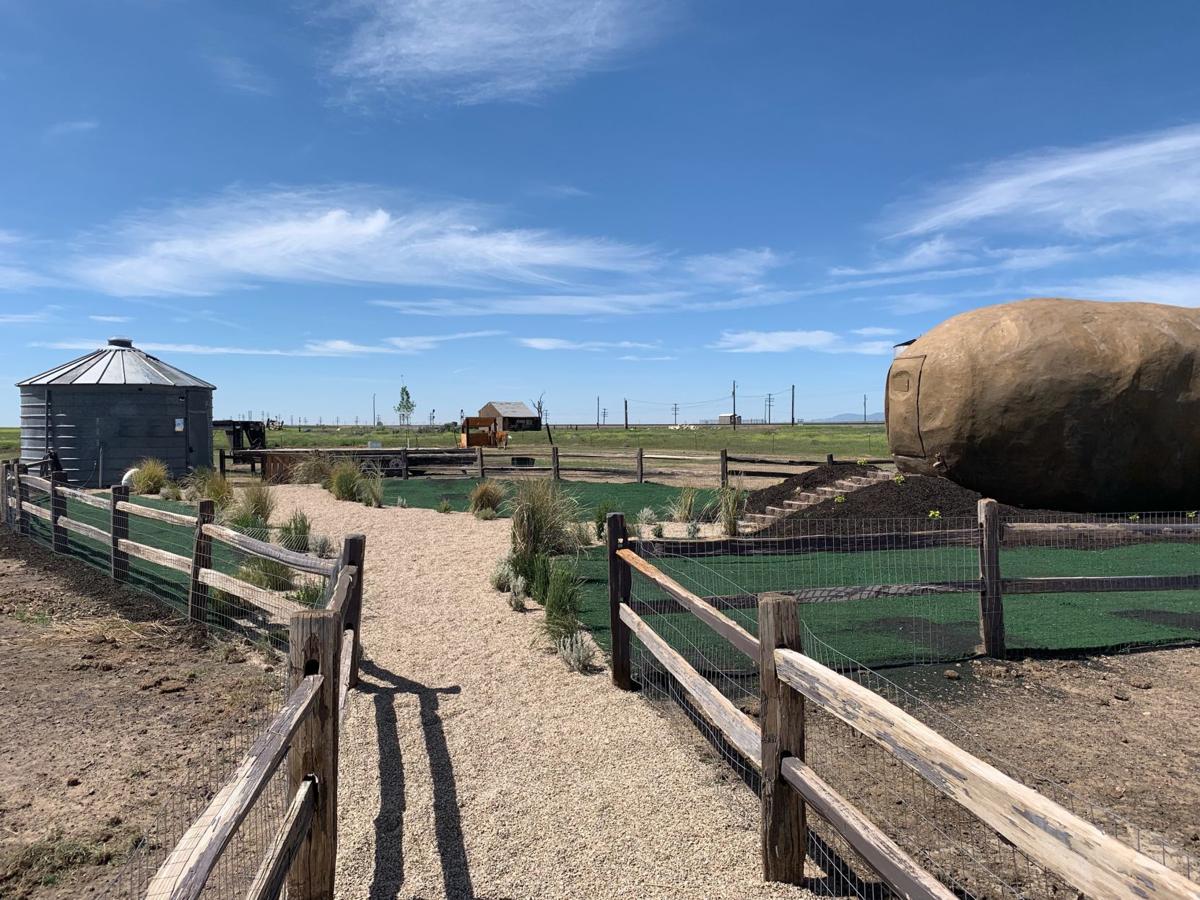 A grain silo converted into an elaborate restroom to serve the Big Idaho Potato Hotel includes a heated floor, a fireplace, a two-person tub and a separate shower.

BOISE — Giving away the original 6-ton replica Russet Burbank that once toured the nation on its Great Big Idaho Potato Truck is paying major dividends for the Idaho Potato Commission, according to Frank Muir, president and CEO of the organization.

Kristie Wolfe, a Century High School dropout who spent two years traveling with the iconic truck as a member of its “Tater Team,” has converted the oversized tuber into a miniature home, available for rent on Airbnb.

Media outlets and TV programs throughout the world have publicized Wolfe’s Boise-based Big Idaho Potato Hotel, which will welcome its first guests later this month but has already booked more than 100 reservations.

The Potato Commission considered donating the spud to a museum but ultimately opted to give it to Wolfe, who made it into her fourth creative, miniature home listed on Airbnb.

Since April 20, IPC has enjoyed nearly $1 million worth of free advertising from the extensive media coverage of the unique rental home, according to an estimate by an agency that works closely with IPC.

Muir said the potato hotel has made news in 27 countries, such as Russia, Poland, Saudi Arabia, Vietnam, India and Brazil.

“This is like the United Nations of potatoes,” Muir said. “That everyone would be interested in a 6-ton Idaho potato hotel is pretty cool.”

In the U.S., the spud hotel story has been picked up by the likes of The Today Show, National Public Radio, USA Today and Live with Kelly and Ryan. People Magazine included the hotel among topics such as Game of Thrones and The Avengers in its May 13 column “Five Things that People are Talking About.”

“There are so many potato fanatics,” said Wolfe, who now lives in Boise and continues to work on the landscaping at the site. “We got one (reservation) the other day from a gal turning 26, and she was having a potato-themed party, and then she saw this.”

IPC unveiled the truck in 2012, intended to be the focal point of a year-long campaign to celebrate the organization’s 75th anniversary. But the truck proved to be so popular, IPC has organized annual U.S. treks every year since then.

Muir explained the hollow tuber was sculpted from the same material used to build indoor climbing walls. Repairing cracks in the facade became increasingly difficult over time, so the commission built a new fiberglass tuber to mount out on the truck prior to its current U.S. tour.

“Early on, Kristie approached me with the idea of turning the potato into a tiny hotel,” Muir said. “She’s built several tiny hotels, many of which have been featured in various magazines and newspapers, and she was on a TV show building tiny homes for a while. I had 100 percent confidence she could do this and do it well.”

IPC launched the 2019 Great Big Idaho Potato Truck tour in April from the site of the potato hotel, in conjunction with Earth Day. The commission also donated a metal sign to post at the hotel, offering a history of the potato and the truck, as well as background on IPC.

Wolfe explained she designed the interior to be elegant, appealing to couples. The small library inside the potato features agricultural-themed books; rather than a TV, there’s a record player, with vinyl featuring the queens of country music. At its highest point, the ceiling is 10.5 feet tall.

The bathroom is housed in a nearby grain silo and includes a heated floor, a fireplace, a two-person tub and a separate shower. The landscaping is theme-appropriate — potato plants surrounding the silo and decorative sweet potato vines planted around the giant spud, which is surrounded by earthen berms. Furthering the farm theme, she built a 1-acre enclosure, which is home to a tame Jersey cow named Dolly.

A night’s stay costs $200, and she’s been booking reservations from people from throughout the country, as well as a few guests from foreign countries. Visitors have also been stopping by routinely just to see the little potato house — or to inspect it more closely after spotting it to determine if it’s real.

In addition to the spud, Wolfe rents stays in a Hobbit House in Washington State, a treehouse in Hawaii and a converted fire lookout in Northern Idaho.

“I think (the Big Idaho Potato Hotel) will definitely be the most popular (Airbnb rental) in Idaho,” Wolfe said. “I don’t expect we’ll have any vacancies.”

The potato hotel is located in a rural setting accessed by turning south on the Boise Orchard exit. It’s just past the railroad tracks. As Muir points out, one can’t miss a giant potato.

Wolfe’s father, Frank Wolfe, is a retired Century English teacher. Both her little brother and little sister are past Century student body presidents.