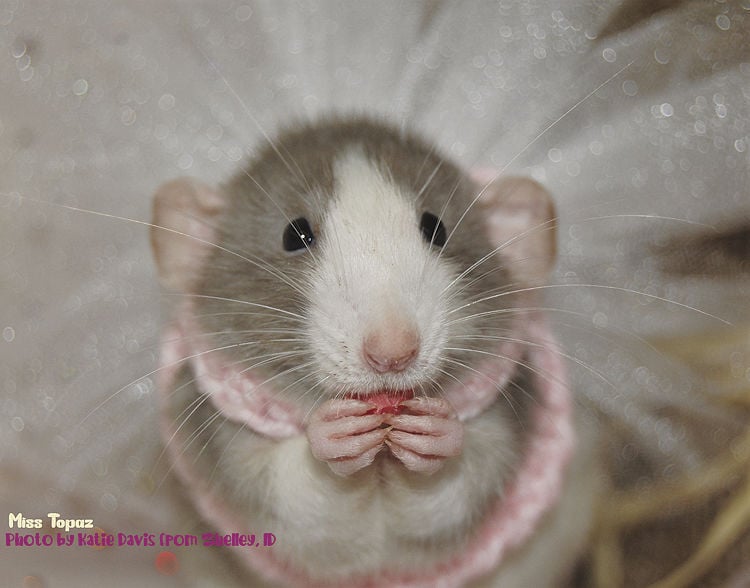 This is Miss Topaz, a pet rat raised by Sanya Blender of Pocatello. 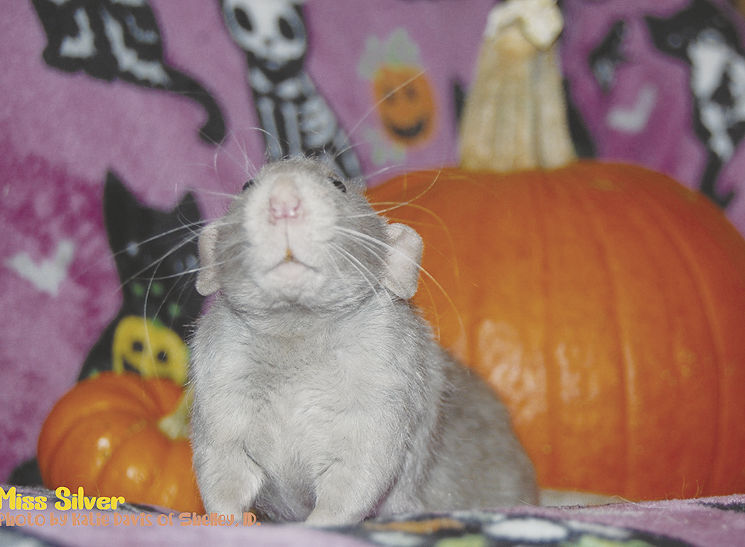 This is Miss Silver, one of the pet rats raised by Pocatello resident Sanya Blender. 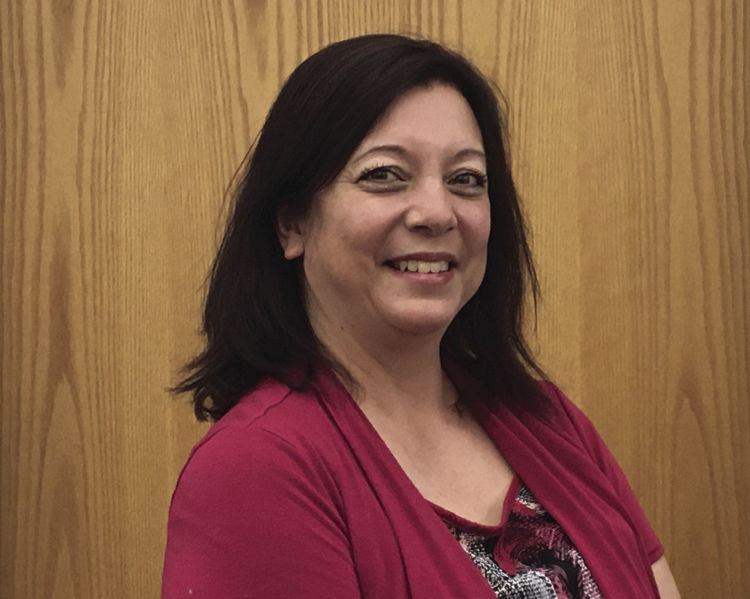 This is Miss Topaz, a pet rat raised by Sanya Blender of Pocatello.

This is Miss Silver, one of the pet rats raised by Pocatello resident Sanya Blender.

Sanya Blender says she's had outstanding demand for a breed of pet that might surprise people.

While working at a Chubbuck pet store, Blender said several customers were disappointed when they couldn't find pet rats.

So the Pocatello woman says she talked to her husband, Frank, about raising and selling rats and decided to give it a go in November 2018.

Blender left the Chubbuck store to open her own business and raise pet rats at her home.

Her first sales were made at an event in Winnemucca, Nevada, and Blender, who's listed in Little Paws Rattery website as a breeder of rats, hasn't looked back.

Randy's Pet Boutique and Rattery has been building a strong following ever since.

That's in part because Blender, 52, does hand-taming of her rats, which come in a variety of colors.

They're nice and intelligent. And they're not the kind of rats one imagines as being in the sewers of New York City, she says.

Not only do her pet rats not bite, they're extremely friendly and good with people. They like spending time with people and like to play.

“They love you unconditionally,” Blender said. “They will come to you before anybody else.”

And they're especially good with kids.

“They will bond with kids like you wouldn't believe,” she said.

She said when they get handled a lot at an early age that primes them to actually seek out their owners and others for attention.

And she makes them affordable to buy at $15 each. She also provides new owners with a small bag of rat food mix and throws in a small hammock and a care pamphlet to boot.

She says owners can even teach the rats all sorts of tricks. In fact, they can show them how to play basketball on a rat-sized court if owners use small repetitions and reward them with treats.

The rats will hold small balls in their mouths and drop them through the rat-sized hoop or jump through a small hoop with the ball, as seen in YouTube videos.

And they are aren't afraid of new people.

“I have two of them who are so social that if I touch another person they will walk off my arm onto that other person,” she said. “They'll go over and give them kisses on their ear and their cheek.”

She has other rats at the moment that when people put out their hands to them they will lick their hands.

But she suggests that when people get them that they play with them every day for about 15 minutes to further bond them to the new owner.

“Fifteen minutes is a long time to them,” she said.

Blender says that when owners rattle food or even call them by name, they are so tame they will come running.

And she says the pet rats, which generally live for about two and a half years, have a rich interior life.

“They mourn,” she said. “When their best friend or their partner in crime passes away, they mourn.”

She said her oldest rat, Jay Jay, who was 2 years old, just passed away from heart failure.

But before he died she put him in a cage with two little baby rats. And for one of them he's the only role model the baby rat can remember.

“And on the day Jay Jay passed I noticed Socks was just laying in the hammock,” Blender said.

Socks would still come over and socialize and play with her, she said. But he had other things on his mind.

“He's trying to find his best friend,” she said. “So they mourn. They do.”

They're also very smart, she said. And it helps them find food and figure their way out of problems.

"You can put all kinds of challenging toys in their environment and they will figure out how to get a treat that's in there no matter what it is,” Blender said.

Usually it only takes them about two to three hours to figure out any complex toy, she says.

Put all that together and it's been an enjoyable and profitable business so far.

“It was a niche that wasn't being filled,” Blender said.

But she could probably double her sales and profits if COVID-19 didn't keep a lot of the event centers and venues for such sales closed or mostly closed, she said.

So they're focusing on local sales.

In fact, she's even considering renting booth space in a building in Blackfoot.

But first she's doing craft fairs to build customers before she takes the next step.

And she'll keep spreading the good word about pet rats.

For more information about the business, visit facebook.com/RandysRattery or call 208-840-1676.