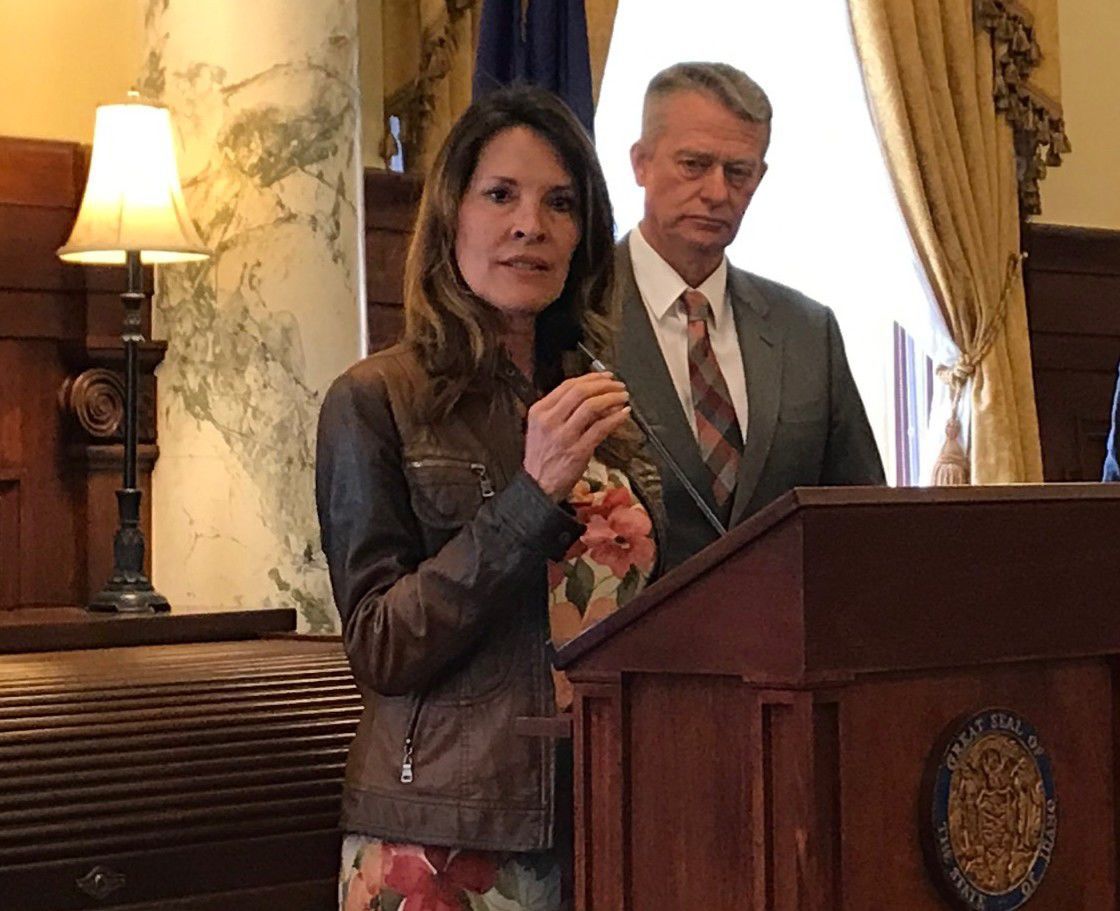 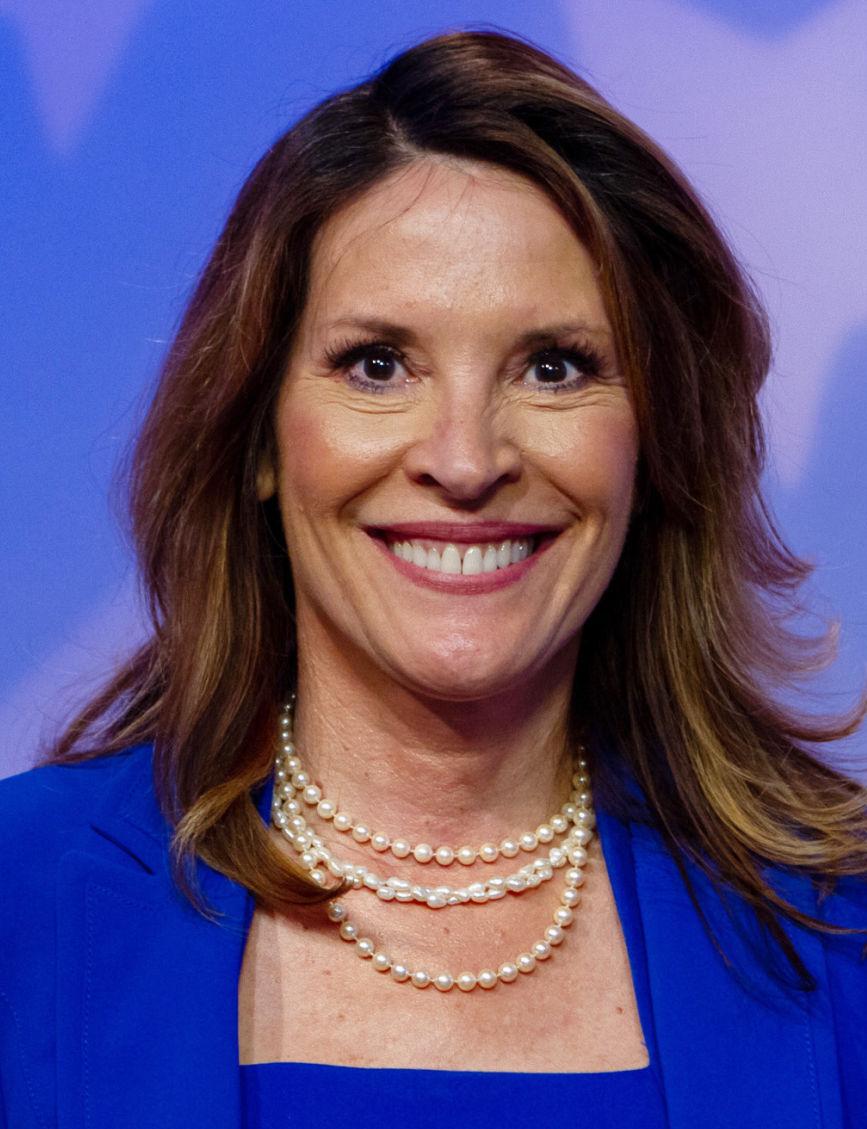 “The goal is to cut overhead,” Little said. “This is no way a tool to eliminate services, for sure, or to eliminate jobs. This is a way for us to be proactive in making sure that our fiduciary responsibilities of state government to take care of the taxpayer’s money, that it’s done as efficiently as possible.”

McGeachin and several members of the new commission joined Little for the announcement in the governor’s ceremonial office, even as news swirled on social media and on editorial pages around the state over McGeachin’s appearance at a rally on Friday hosted by the Real III Percent of Idaho at which she administered an oath, taken from the Idaho National Guard oath, to members of the armed group. Because Little was briefly out of state at the time, McGeachin did so as acting governor, which she noted to the crowd.

An editorial in the Lewiston Tribune, headlined “Never allow McGeachin to be acting governor again,” noted that McGeachin left out the portion of the oath that obligates a person to “obey orders of the president of the United States and the governor of the state of Idaho,” and that the event occurred on the 24th anniversary of the Oklahoma City bombing.

“Little needs to guarantee there will be no recurrence,” the Tribune wrote. “Even if it means limiting his travel out of state, Little cannot leave Idaho in McGeachin’s treacherous hands.”

McGeachin said the event was a Patriot’s Day celebration that has been observed annually for more than a decade in Idaho, commemorating the battles of Lexington and Concord in the American Revolutionary War. In past years, the event has been spearheaded by local Ben Franklin impersonator Terry Shepard, she said, but his health prevented him from leading this year’s event. Last year, Shepard, dressed as Franklin, provided a dedication honoring LaVoy Finicum, who was killed by a state trooper in 2016 in connection with the armed standoff at the Malheur National Wildlife Refuge in Oregon.

In 2006, at Shepard’s urging, the Idaho Legislature unanimously passed a resolution declaring April 19 as Patriot’s Day “in commemoration of the events of April 19, 1775.” Past years’ events have included representatives of various groups including the Oath Keepers and the tea party.

“We were just a group of people gathered to celebrate Patriot’s Day,” McGeachin said. “As a symbolic measure, there were a number of us that did pledge our support to the Constitution, and that’s it — it’s that simple.”

McGeachin has drawn criticism for her ties to militia-type groups and for being accompanied by armed bodyguards during her campaign for lieutenant governor. In late February, she posted, and then deleted, a picture on Facebook showing her “sending love” to Todd Engel, who is in prison in connection to the Bundy Ranch standoff in Nevada, in which McGeachin was posing with two members of the III Percenters group wearing prison garb and flashing hand signs, while she held her fingers forming the shape of a heart.

Asked about the rally during the press conference in the governor’s ceremonial office, Little said, “That’s not germane to what we’re talking about here. Let me absolutely refuse to answer your question.”

McGeachin, too, declined to comment on the rally during the press conference but spoke about it afterward in her office.

“I love history. I think we can learn so much from history,” she said.

The rally was hosted by the “Real III Percent of Idaho,” a right-wing group that emphasizes gun rights and what it views as threats to the Constitution, the Post Register reported. Other speakers included Scott Drexler, a Challis man who was arrested for taking part in the 2014 standoff with federal authorities at the Bundy Ranch in Nevada; Rep. Christy Zito, R-Hammett; Sarah Clendenon of Health Freedom Idaho; and Rep. Chad Christensen, R-Ammon, who later acknowledged that his fiery speech calling for resisting tyranny was lifted without attribution from an essay by Libertarian activist Adam Kokesh.

McGeachin told the crowd, “Hold up your right hand and all of you please repeat after me.” After all had repeated the oath to support and defend the Constitution, “against all enemies foreign and domestic,” she raised her fist and called out, “Hallelujah!”

McGeachin staffer Jordan Watters said in an email to the Post Register, “Some of the attendees at the Patriots’ Day celebration wished to recite an oath to express their support for and dedication to the U.S. Constitution. It was not delivered in a legal context and therefore holds no legal significance.”

During the press conference, McGeachin said she welcomed the appointment to head Little’s new commission on regional efficiency for state agencies.

“We have a group of very talented individuals that are going to be helping us, people that also have real-life experience and know what to look for,” she said, adding that she’ll also draw on her own experience operating a small business.

Little said that during the economic downturn, Idaho had to make cuts at some of its state agency offices around the state; he said this proactive effort could help the state avoid that in the future, in part by co-locating agencies together when their individual leases expire.

“This is using a scalpel early, versus a cleaver during a time of slowdown,” he said.