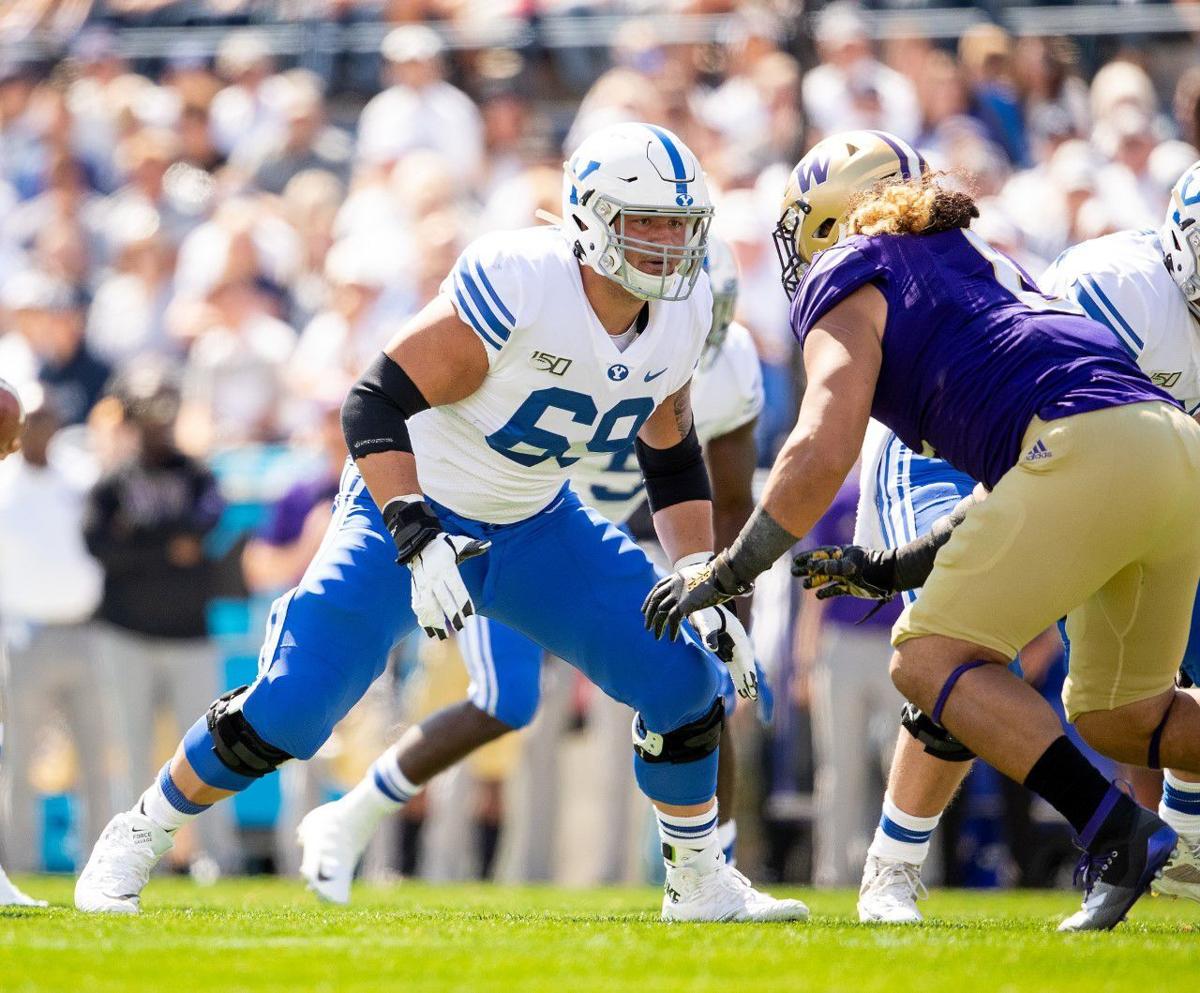 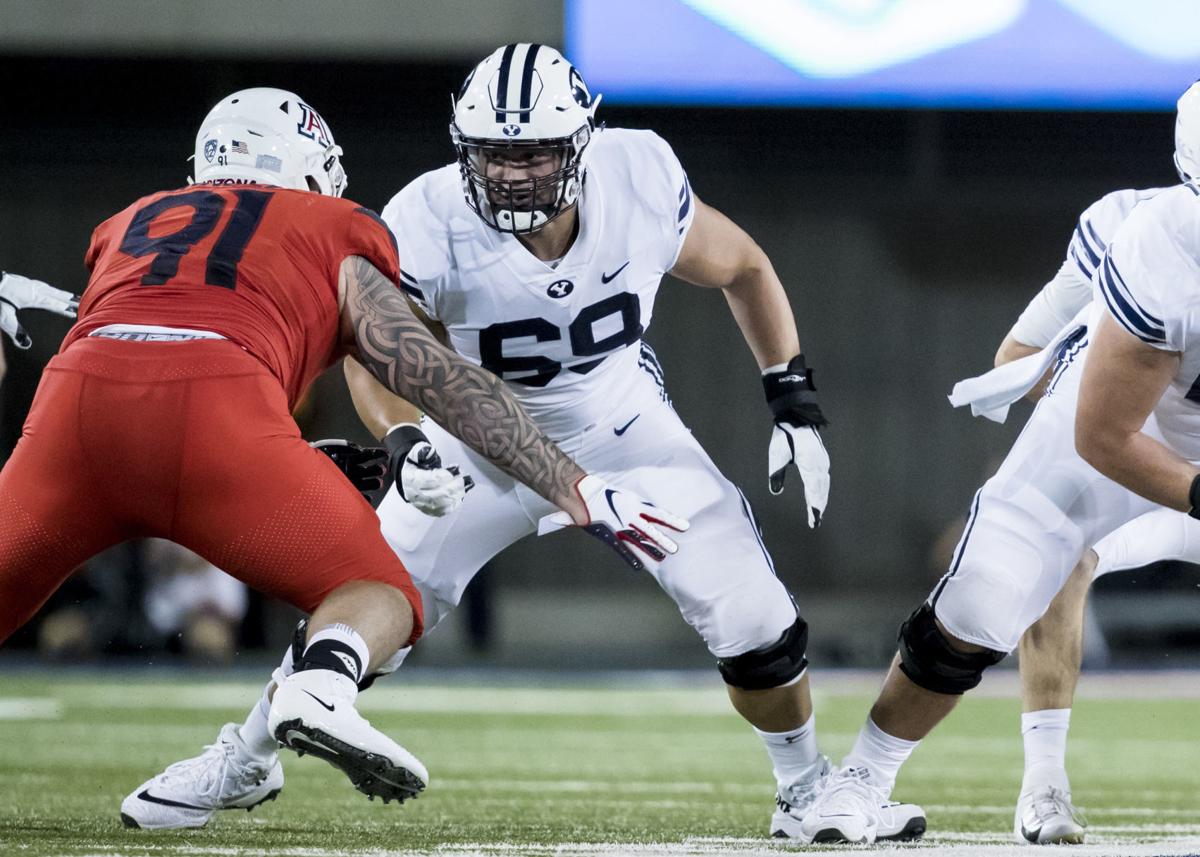 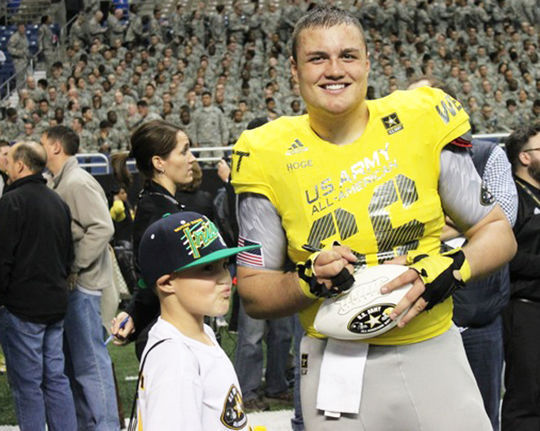 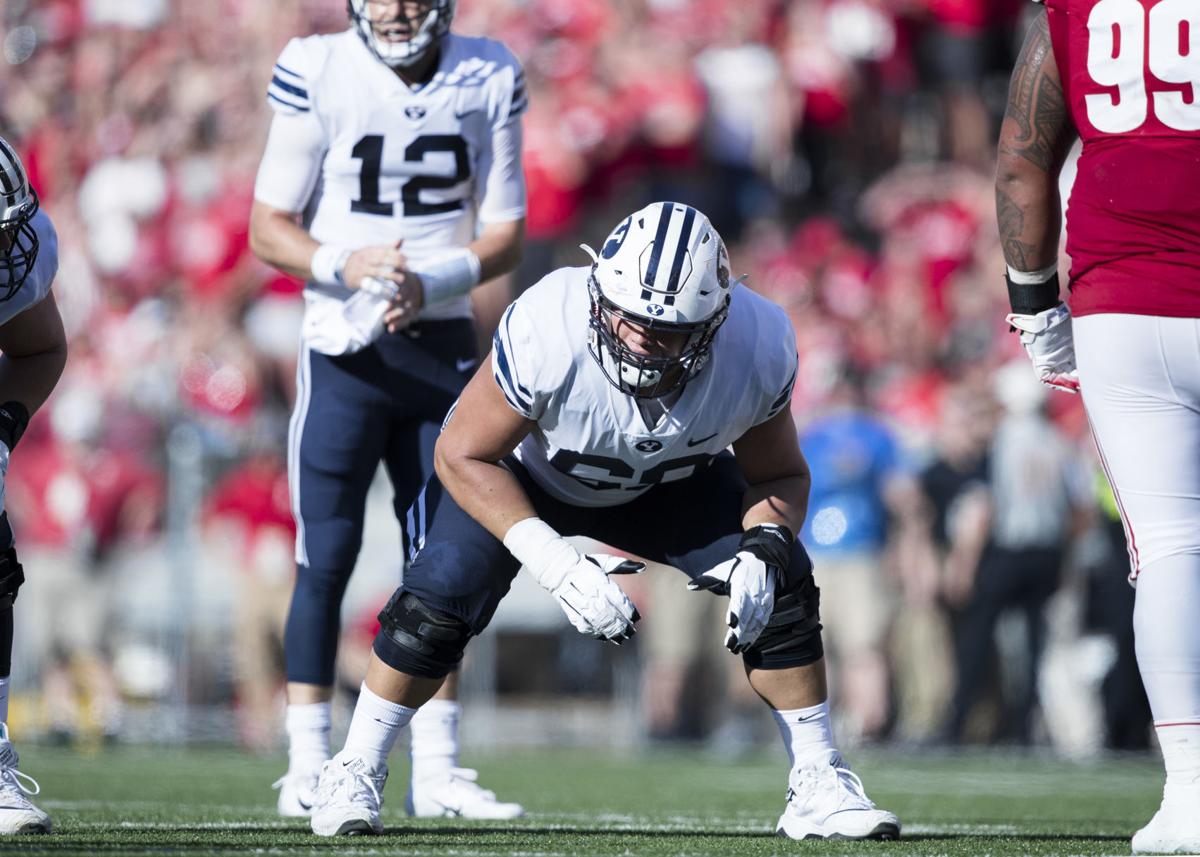 BYU offensive lineman Tristen Hoge gets in position before a play at Wisconsin on Sept. 15.

BYU offensive lineman Tristen Hoge gets in position before a play at Wisconsin on Sept. 15.

As the seventh and final round of Saturday’s NFL Draft wound down, the New York Jets began flooding the phone of Tristen Hoge and his agent. For a moment, it seemed like the Jets might take the former Highland and BYU offensive lineman. New York’s offensive line coach even told Hoge that he fought for the Jets to take him with their final selection.

Instead, the Jets signed Hoge as an undrafted free agent minutes after the draft’s conclusion.

“It’s been a whirlwind of a day, that’s for sure – just playing the waiting game all day,” Hoge said. “(Thanks) to the Jets for taking a chance on me and wanting to bring me in for the opportunity. That’s all I basically asked for, is that opportunity. Now that it’s presented itself, it’s big time.

“It’s pretty satisfactory, that’s for sure. At the end of the day, the work just starts now and now it’s on to the next big thing, which is trying to make that roster. That’s the only thing on my mind.”

Many in Pocatello remember Hoge for what he did as a Ram, etching his name among the all-time great football players in the Gate City. The 6-foot-6 offensive lineman became the first player to win Idaho Gatorade Football Player of the Year twice, was invited to the U.S. Army All-American Bowl and, as a senior, helped Highland to an undefeated championship season.

Hoge initially chose to play at Notre Dame, where he stayed for one year before transferring to BYU. Hoge started all 13 games in Provo during his sophomore campaign, but suffered a leg injury that halted his junior season after just five games. This season, many Cougar fans rallied around Hoge after he tested positive for COVID-19 before contracting pneumonia. The illness kept him out for a few weeks before he returned to his post at right guard for BYU.

A four-star prospect who many outlets considered a top-100 player in the country, Hoge was one of the most heavily-recruited players in Pocatello history – in the conversation alongside fellow Highland alums Taysom Hill and Tommy Togiai, who the Cleveland Browns selected in the fourth round of Saturday’s draft.

“People ask me what my favorite team is. I’ve got three of them now,” Highland coach Gino Mariani said. “From that 2014 team, we had one kid get drafted and one signed by a team in the same year. Name me another Idaho team that’s done that — heck, ever.”

Hoge's path to an NFL roster is a bit of an uphill climb. On average, about one undrafted free agent per team makes the 53-man squad. But it is possible. Taysom Hill is proof of that. And, like Hill, Hoge was a hard worker and an exceptional talent who wasn’t able to showcase his full ability because of injuries in college. Perhaps that’s why Mariani is so confident in his old player.

“He’s got a shot at making it. He’s good enough. He’s headstrong enough,” he said. “As a run blocker and pass blocker in high school, there was no one better.”