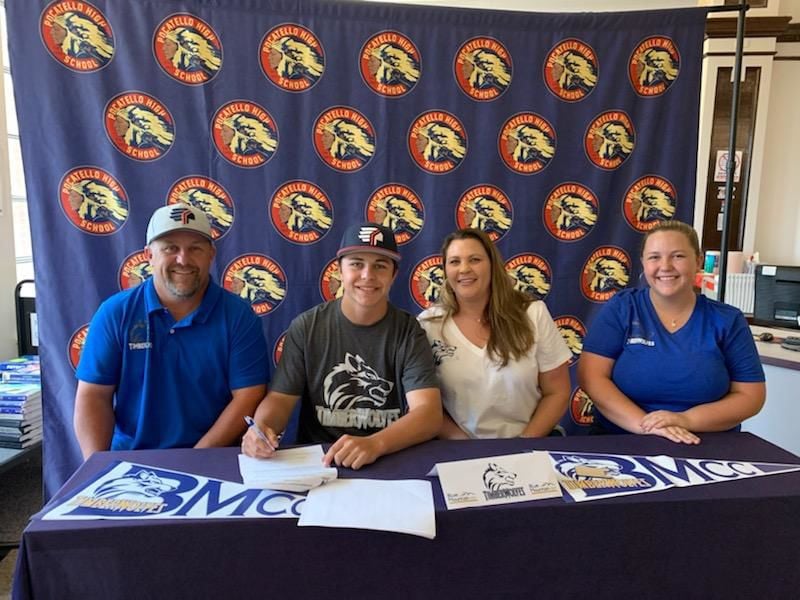 Pocatello baseball player Eben Curtiss, second from left, smiles with his family after signing to play for Blue Mountain Community College in a ceremony June 17. 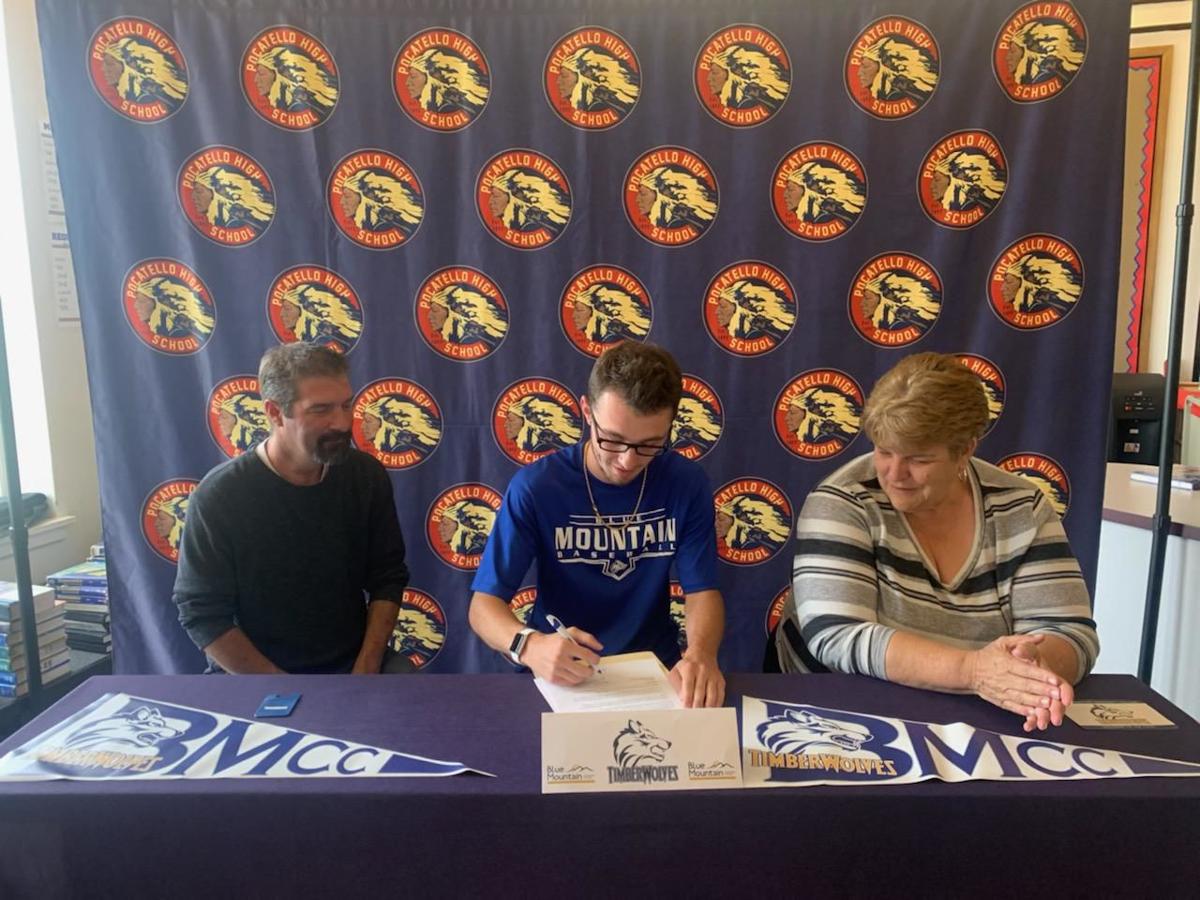 With his parents looking on, Pocatello's Riley Peck signs to play baseball for Blue Mountain Community College in a ceremony on June 15.

Pocatello baseball player Eben Curtiss, second from left, smiles with his family after signing to play for Blue Mountain Community College in a ceremony June 17.

With his parents looking on, Pocatello's Riley Peck signs to play baseball for Blue Mountain Community College in a ceremony on June 15.

Poky High's Riley Peck and Eben Curtiss both signed to Blue Mountain Community College recently, with Peck having his ceremony on June 15 and Curtiss following two days later on June 17.

"It just ended up happening that way," Curtiss said. "I think it's awesome. Me and Riley, we're going to the same school, we're going to room together and stuff. It's just really cool not being the only one there, that I have someone there that I know."

Peck, a left-handed pitcher, and Curtiss, an infielder, both officially committed to Blue Mountain earlier in the year, before the COVID-19 pandemic wiped out the high school baseball season with Pocatello only having played a handful of games.

"Riley, he's good on the mound," Pocatello coach Vinnie Benavidez said. "He gets up there, pitches quick, pitches with confidence. ... Eben Curtiss, he was the leader on our team. We kind of went how he went. It was just like having another coach out there with the young group that we had."

Benavidez got both players in contact with Blue Mountain head coach Brad Baker around the end of 2019. After they visited and worked out at Blue Mountain, Baker offered the two teammates around the same time.

"I liked the town and the head coach, he was really cool," Curtiss said. "I actually signed before COVID took out baseball, so I was really happy that I got my recruiting and all that stuff done before."

Peck plans to go into law enforcement, while Curtiss will study to be an athletic trainer.

Curtiss was inspired to chase a collegiate baseball career by his cousin, Hunter Roubidoux, a right-handed pitcher who went from Pocatello High to Montana State-Billings, signing with the Yellowjackets in 2017.

"I figured it was something I'd like to do when I got older," Curtiss said.

Peck, meanwhile, doesn't have the deep Pocatello connections that his teammate does, but found a baseball family there after moving to town from Fruitland before his sophomore year.

"(Those) were probably my best baseball years, my sophomore and junior years," Peck said. "Even this year, when we played three games. It's been the funnest couple years of baseball I've ever had."

The coronavirus pandemic robbed the duo of the chance to chase a state tournament appearance with Pocatello this spring — "I went to state my freshman year in Fruitland, and I wanted to experience it the people I had made bonds with in Pocatello," Peck said — but the two are teammates on the Pocatello Runnin' Rebels this summer, and they'll get the chance to do big things together in college as well.

"It's hard when a student-athlete leaves home and goes to a new place where you don't know anybody," Benavidez said. "They'll have each other to lean on, and that will be big for both of them. ... Them being there together, they go in and be teammates together and do stuff together, it's going to make it a lot easier for them."