You have permission to edit this article.
Edit
Schools
Legion
Recruiting
All Area
Prep Stars
ISJ
Sports Stars
E-edition
1 of 9 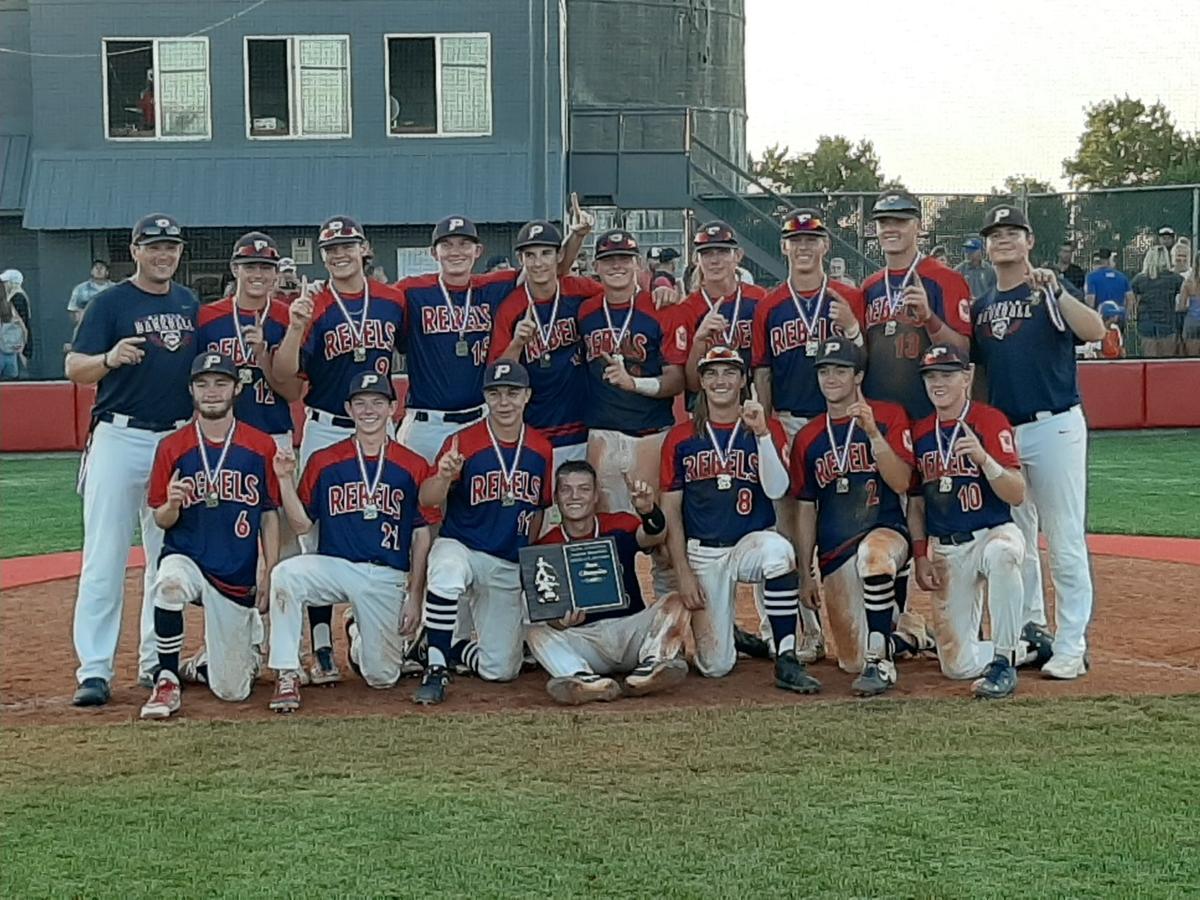 The Pocatello Runnin’ Rebels pose with their state championship trophy and medals after beating the Twin Falls Cowboys 1-0 in the Double-A state title game Friday at Minico High School. 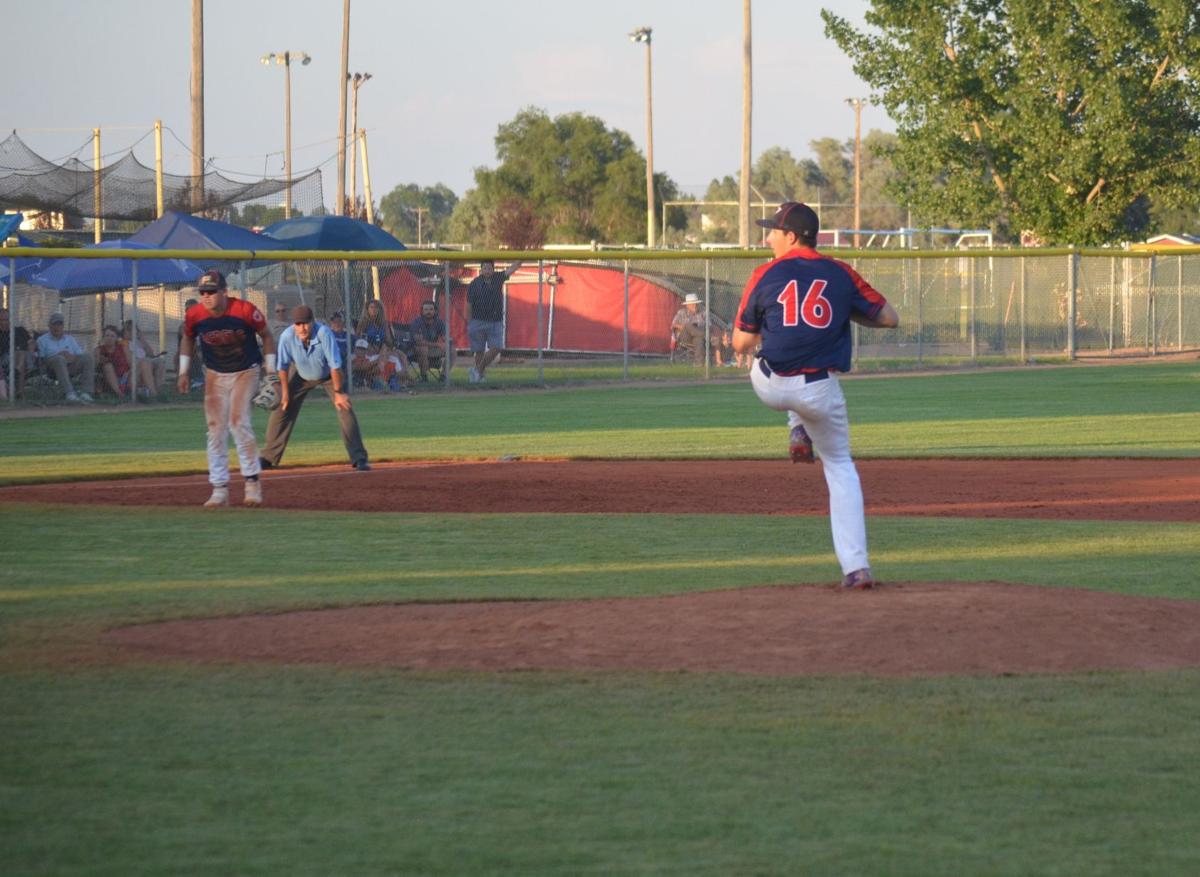 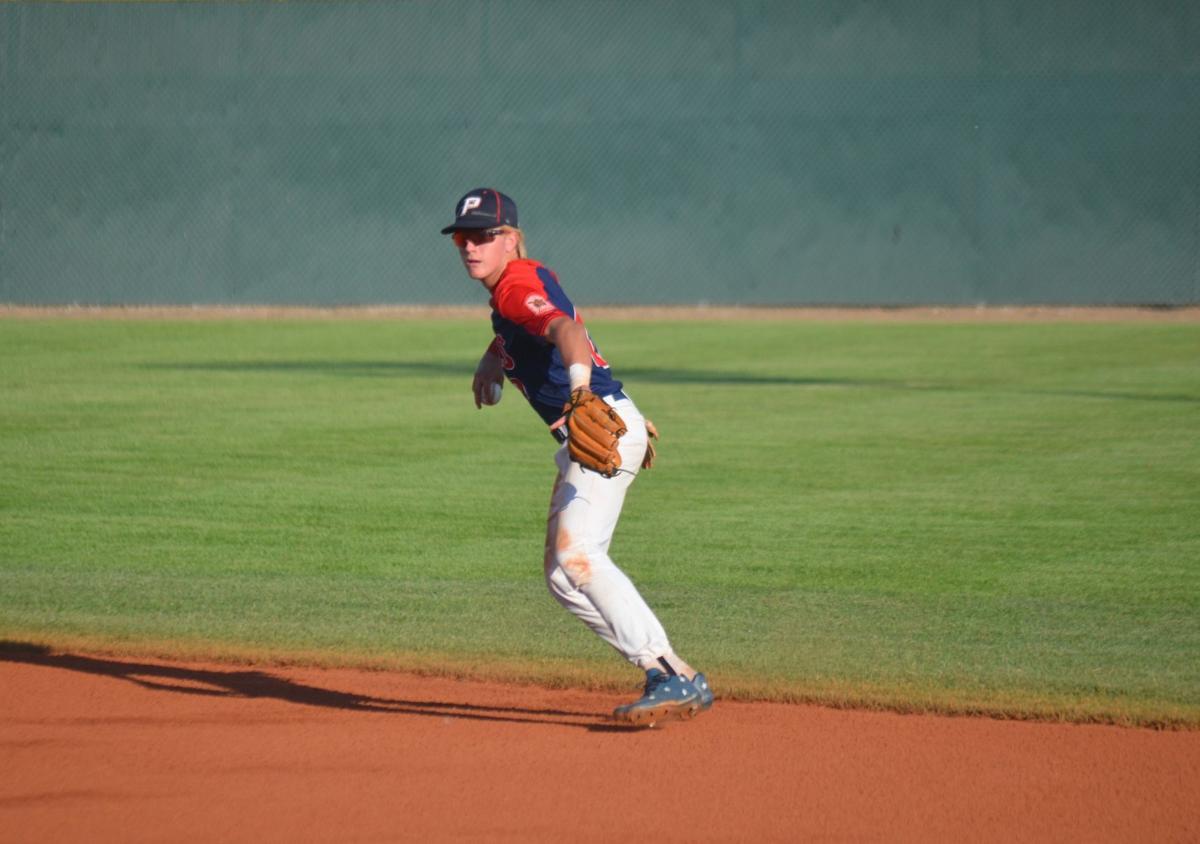 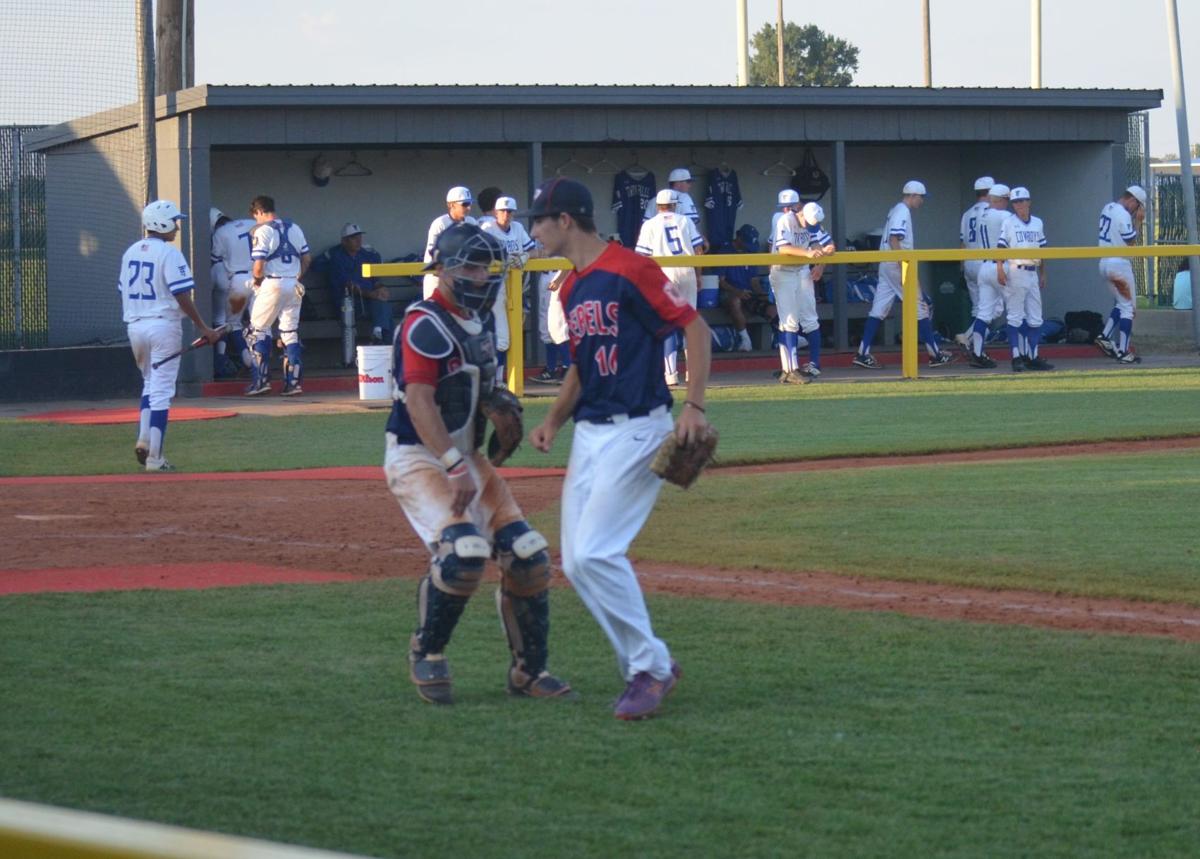 Pocatello Runnin’ Rebels pitcher Caden McCurdy (16) is congratulated by catcher Dylan Jester as he runs off the mound during the Double-A state championship game against Twin Falls on Friday at Minico High School. 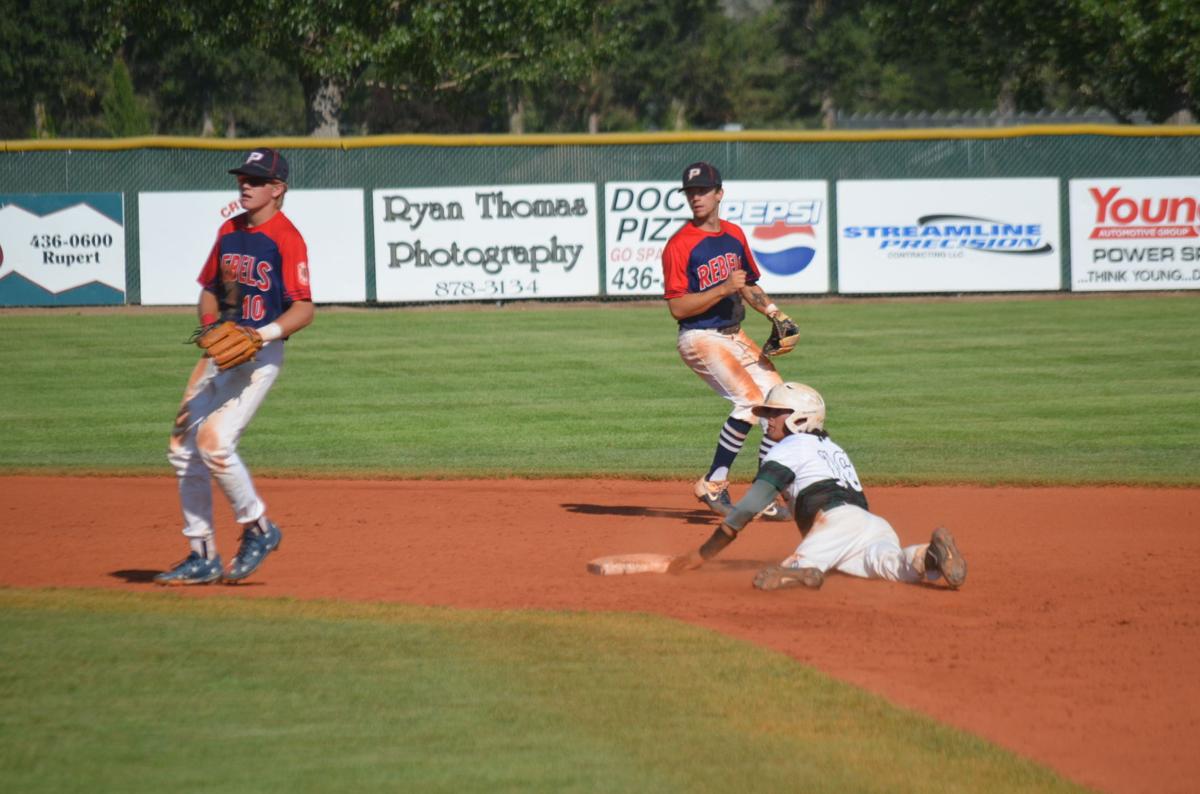 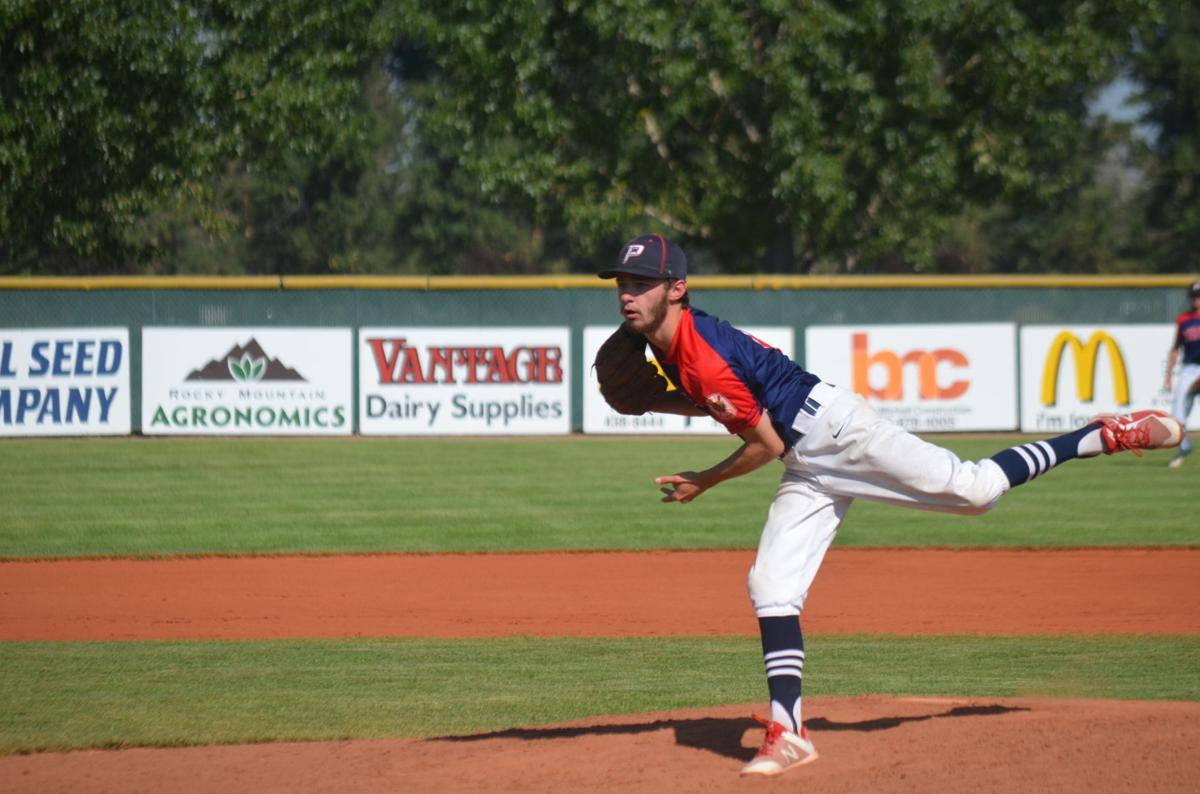 Pocatello Runnin' Rebels pitcher Riley Peck delivers to the plate during a game against Burley at Minico High School on Friday. 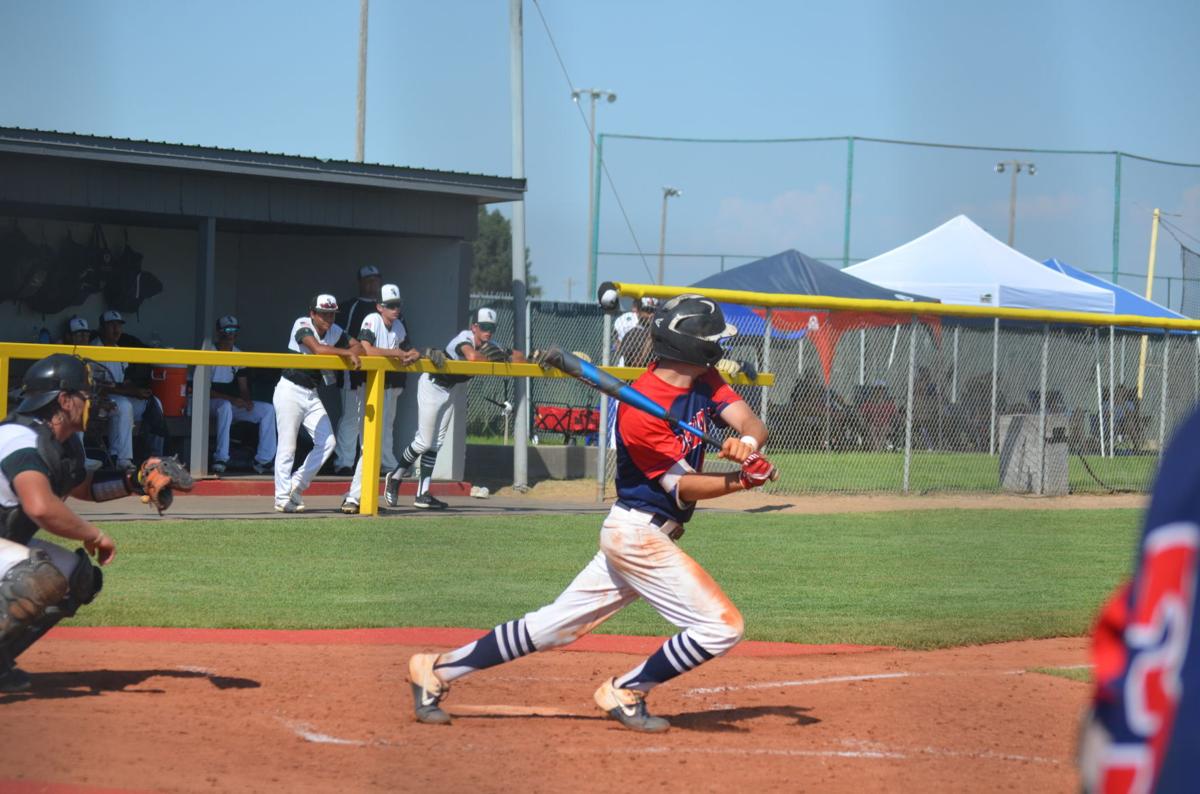 Pocatello Runnin' Rebels shortstop Payton Cleaves follows through after hitting an RBI single against Burley in a state tournament game at Minico High School on Friday. 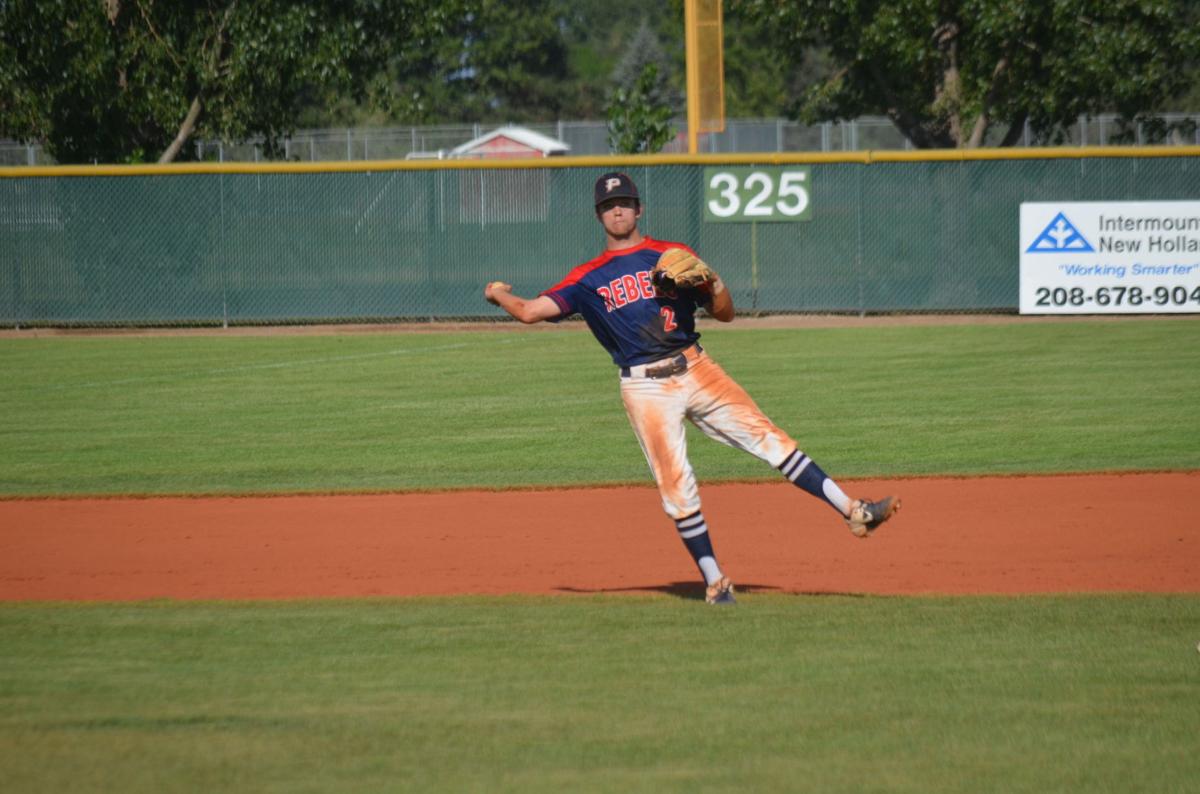 Pocatello Runnin' Rebels shortstop Payton Cleaves throws out a Burley baserunner during a game at Minico High School on Friday. 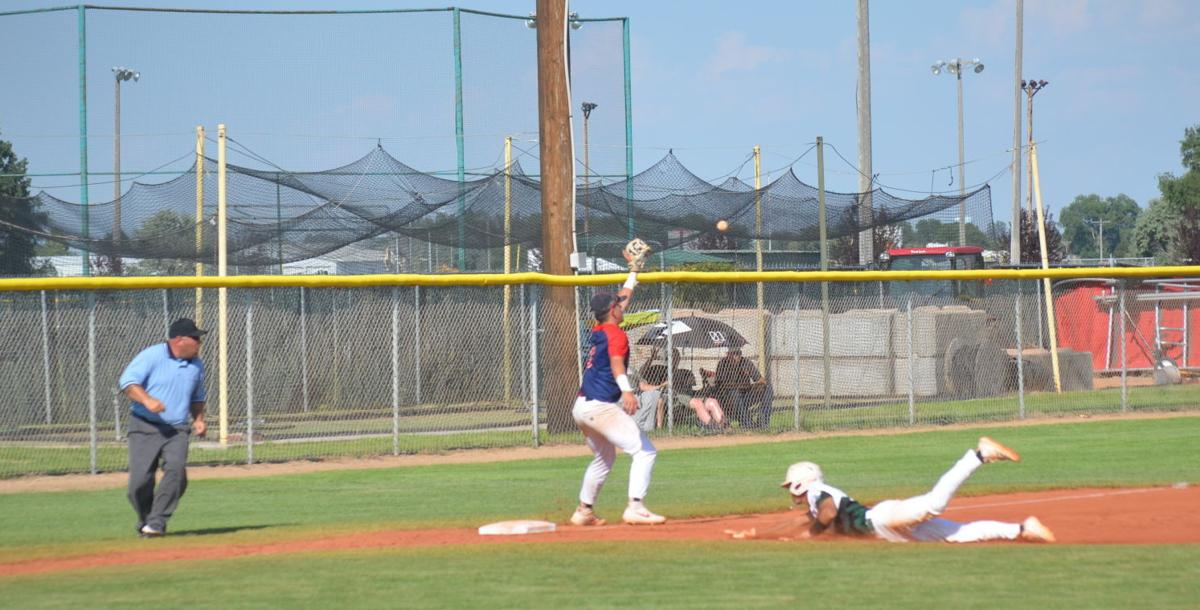 Pocatello Runnin' Rebels third baseman Seth Nate (in blue) receives a throw too late to tag out a Burley baserunner during a game at Minico High School on Friday.

The Pocatello Runnin’ Rebels pose with their state championship trophy and medals after beating the Twin Falls Cowboys 1-0 in the Double-A state title game Friday at Minico High School.

Pocatello Runnin’ Rebels pitcher Caden McCurdy (16) is congratulated by catcher Dylan Jester as he runs off the mound during the Double-A state championship game against Twin Falls on Friday at Minico High School.

Pocatello Runnin' Rebels pitcher Riley Peck delivers to the plate during a game against Burley at Minico High School on Friday.

Pocatello Runnin' Rebels shortstop Payton Cleaves follows through after hitting an RBI single against Burley in a state tournament game at Minico High School on Friday.

Pocatello Runnin' Rebels shortstop Payton Cleaves throws out a Burley baserunner during a game at Minico High School on Friday.

Pocatello Runnin' Rebels third baseman Seth Nate (in blue) receives a throw too late to tag out a Burley baserunner during a game at Minico High School on Friday.

RUPERT — Jaxon Christensen ran down the final out in left field and the Pocatello Runnin’ Rebels dogpiled on the mound to celebrate the end of a season that might never have happened.

In a summer of turmoil, the Runnin’ Rebels were the final team standing — both off the field, where Treasure Valley teams never started their seasons and North Idaho teams opted out of the state tourney because of the COVID-19 pandemic — and between the lines, where they beat the Twin Falls Cowboys 1-0 at Minico High School on Friday to clinch a Double-A American Legion state championship like no one had ever seen before.

“It fells good for all the seniors to end on this, to know that we left it exactly how we wanted to,” third baseman Seth Nate said. “No one can take this from us. I think it meant a lot more to everyone because we had so much taken from us. We didn’t even know, there was no assurance that we were going to finish the season, so I think it means more to everyone that we got to finish what we started and we took advantage of it.”

Nate, who played at Highland High School, and several other members of the Runnin’ Rebels had their final seasons of high school baseball canceled after just a few games when the coronavirus shut down sports across the nation.

When some Idaho American Legion teams announced that they would try to start a season in mid-June, it meant one last chance at glory — and the Runnin’ Rebels seized it.

“If you look at everything that’s been going on with the virus, their high school season being lost...these guys having the opportunity to come out here and play and go represent their community, you can’t ask more from these guys,” Pocatello coach Nick Sorrell said. “I’m glad that they had the opportunity. Our community deserves it, these guys deserve it, and I’m glad that we’re bringing it back home to Pocatello.”

In a finale befitting a frazzled season, the star of the title game was completely unexpected.

With his top pitchers unavailable because of pitch count rules, Sorrell turned to Caden McCurdy to start the final game.

“(Sorrell) told me (Thursday) that I would either be pitching in the second game, or relief in the first game,” McCurdy said. “I was honestly excited, and I was just ready to dice. I was talking to myself, just being confident, telling myself that I’m good enough and that I can come out and throw strikes.”

Pocatello loaded the bases with no outs in the bottom of the first, but scored just one run when Payton Cleaves scampered home from third on a wild pitch.

With McCurdy, not one of the Runnin’ Rebels’ usual aces, on the mound, it looked like Pocatello would have to add some insurance runs as the game went on.

But the rising senior at Century kept putting up zeroes.

He left the bases loaded in the third, getting a strikeout two pitches after a scorching liner landed mere inches foul down the first-base line.

“That was a huge, huge out at that point, and it gave us a little bit of confidence, swung momentum a little bit in our favor,” Sorrell said.

With runners on second and third in the fourth, he got a deep fly to Dalton Jones in center to end the threat.

And with the bases loaded with two outs in the fifth, McCurdy somehow snared a hot shot smashed right back at him before throwing to first for the out.

“That was honestly a reflex play,” McCurdy said. “It almost took my glove off.”

Pocatello also had chances. A heads-up cutoff throw from Twin Falls’ shortstop in the third caught Hough scrambling back to first after a single, turning a potential first-and-third, no outs situation into a runner on third with two outs, and the Runnin’ Rebels didn’t score.

Christensen singled to lead off the fourth and was bunted over to second, but the Runnin’ Rebels couldn’t get him home, and Pocatello also had runners on first and second with one out in the sixth, a situation that led to the same outcome — no runs.

“That was kind of the story for today,” Sorrell said. “Our offense with runners on was not very good. We just didn’t come up with that clutch hit to break it open, all day long.”

Luckily, McCurdy bailed out his offense with a mostly uneventful final inning to finish his shutout. With two outs and nobody on, Christensen broke late on a hard-hit fly ball to deep left, but chased it down.

On the mound, McCurdy threw up his arms in celebration and was almost immediately tackled by catcher Dylan Jester, followed by the rest of the infield.

It may not have been the season they saw themselves playing, but the ending was picture-perfect.

“I was so excited,” McCurdy said. “Everyone just crowded me and I fell to the floor. It was a very nice moment. ... With COVID, we didn’t have high school baseball, so I honestly didn’t know if it was going to happen. When it did, I was determined to get my pitching strong and come out and do what I did.”

In the early game, the Runnin’ Rebels beat Burley 9-5 to advance to the championship as Riley Peck threw a complete game of his own.

“We were going to go at Burley with everything we had, and luckily Riley threw a gem,” Sorell said.

Pocatello looked to be in control early after scoring three runs in the second and six in the third.

After leaving the bases loaded in the first, the Runnin’ Rebels put runners on second and third with no outs in the second, and Easton Durham’s hard ground ball brought home Braxton Wilhelm with the game’s first run as the Burley shortstop, in on the grass, threw wildly to the plate.

Two bases-loaded walks brought home two more before the Green Sox got out of it.

The third inning was when the Runnin’ Rebels really broke out. A single, a walk and a hit batter loaded the bases before Payton Cleaves sliced a groundball down the third-base line and into left field to score the first run of the inning.

Dylan Jester then smashed a fly ball to right-center that ticked off the center fielder’s glove for a two-base, two-run error, putting Pocatello up 6-0, and Seth Nate doubled home two more runs on an 0-2 count.

That put the Runnin’ Rebels up 8-0 and had them looking for a mercy-rule margin, but after a single put runners on the corners, Burley got a strikeout for the first out of the inning.

Jaxon Christensen lifted a sac fly to center to make it 9-0, but Burley avoided further damage with another flyout.

The Green Sox then wasted no time getting back in the game thanks to Pocatello’s miscues in the top of the fourth.

A dropped third strike, a walk and an error loaded the bases with no outs, and a double brought two home. A wild pitch scored another runner from third before Peck’s defense saved him.

Right fielder Durham made a diving catch on a sinking liner, saving a hit even as a runner tagged up from third to score Burley’s fourth run of the inning.

Peck hit a batter, but Christensen made a running catch in the left-center gap and doubled the runner off first.

“We might have lost focus a little bit,” Sorell said. “Granted, you know that teams in the semifinals aren’t going to give up. Burley continued to battle, and they made it tight on us.”

The Green Sox added another in the fifth on a triple and a groundout, but Peck settled back down over an uneventful final two innings.

He stranded a runner on first after a single in the sixth and then, after a leadoff error in the seventh, got the next two batters.

With the lead runner on third, Peck walked a batter with two outs to bring the tying run to the on-deck circle, but struck out the next batter in three pitches to end it.

Peck finished with 104 pitches, one shy of the single-game limit of 105.

He gave up four hits and two walks, striking out six.

“He’s a kid that doesn’t let a whole lot affect him,” Sorrell said. “He goes out there, he knows his job, and he’s out there to throw strikes and get outs.”

Kyler Knowles had three hits for the Runnin’ Rebels and Nate drove in three.