You have permission to edit this article.
Edit
Schools
Legion
Recruiting
All Area
Prep Stars
ISJ
Sports Stars
E-edition
1 of 6 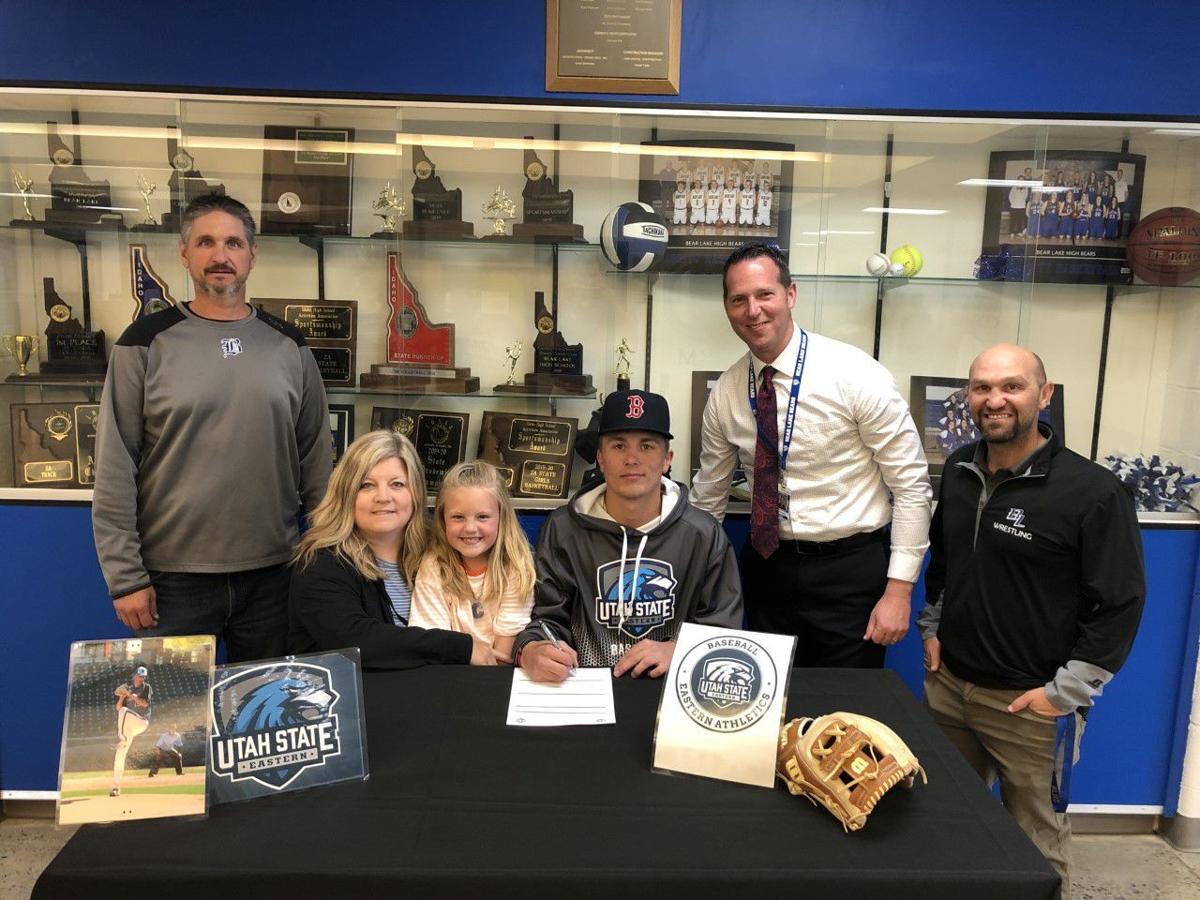 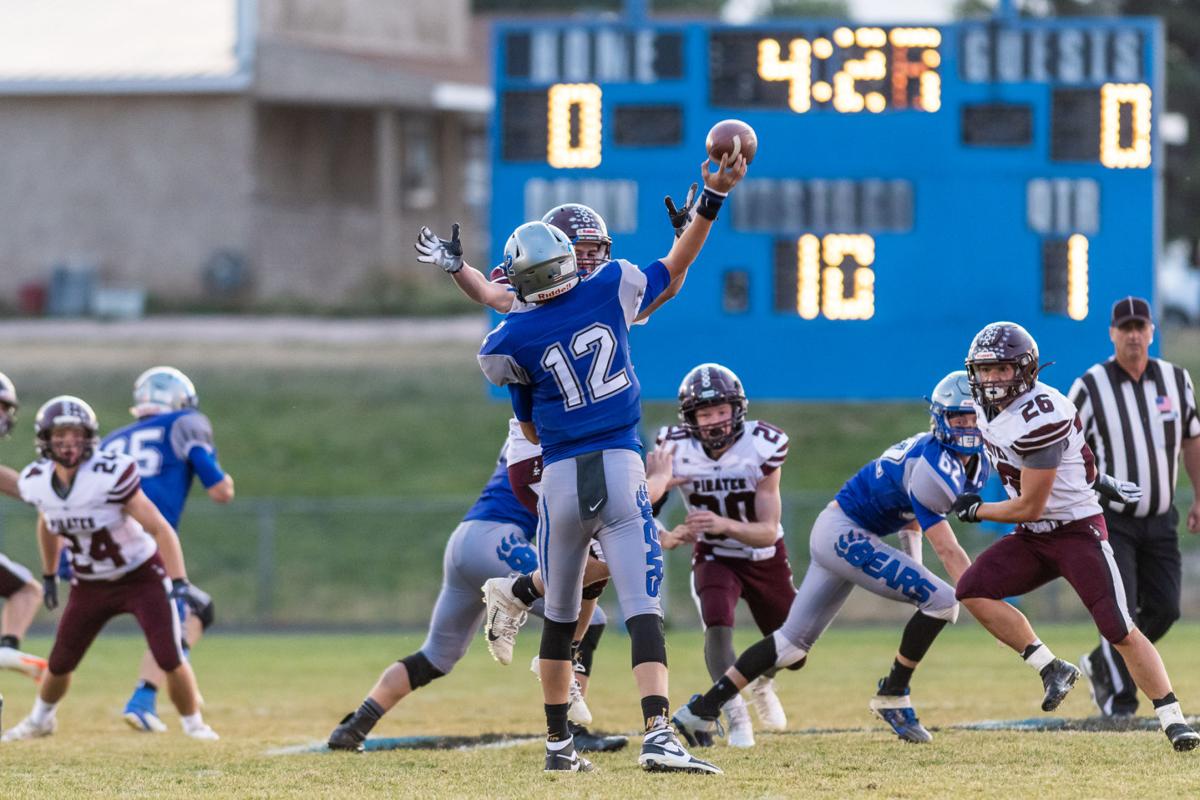 Bear Lake quarterback Owen Teuscher (12) throws downfield in the face of heavy pressure from West Side during a game at Bear Lake on Friday, Sept. 25, 2020. 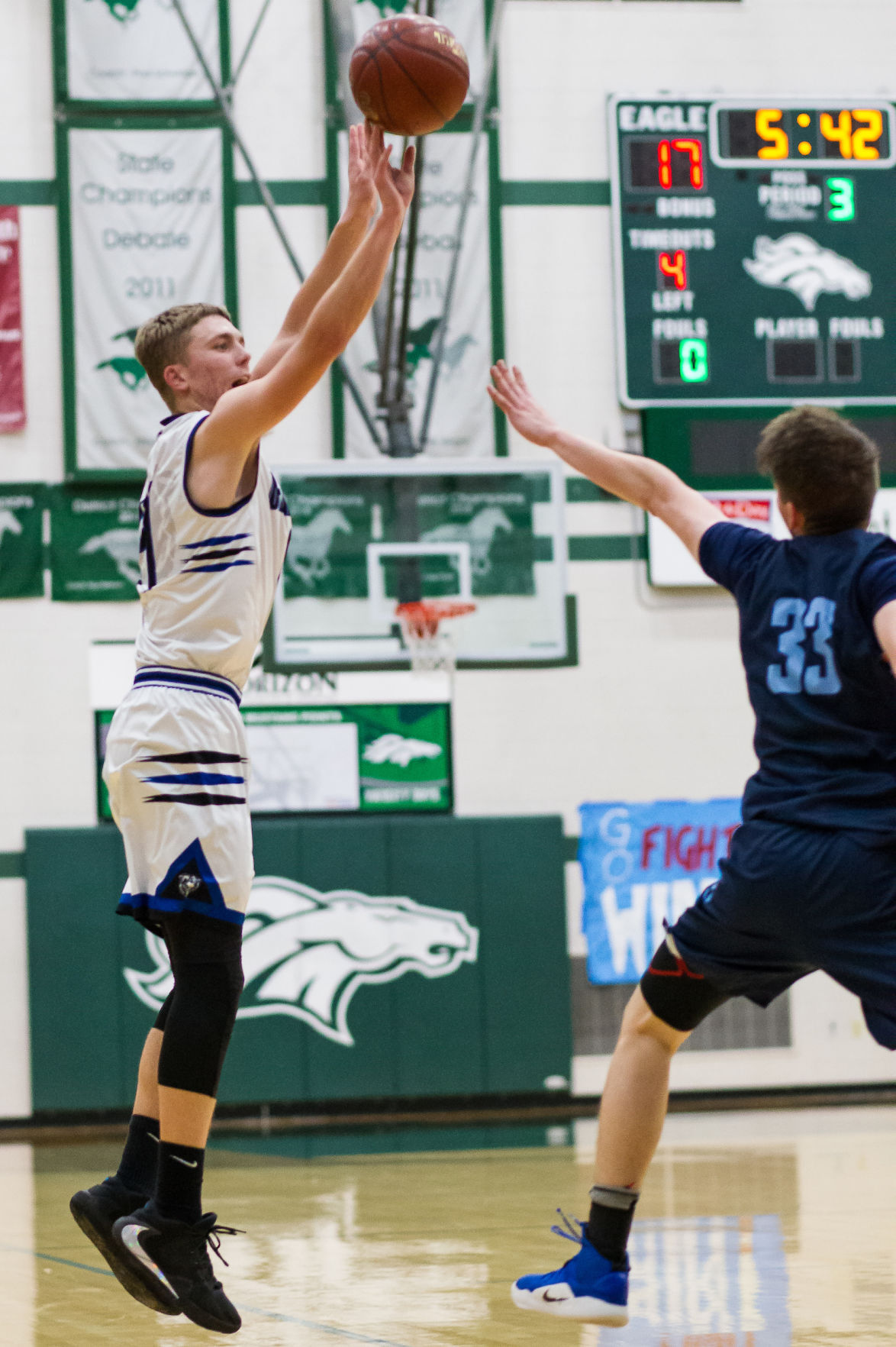 Bear Lake’s Owen Teuscher (in white) shoots during a first-round state-tournament game against Ambrose at Eagle High School on March 4. 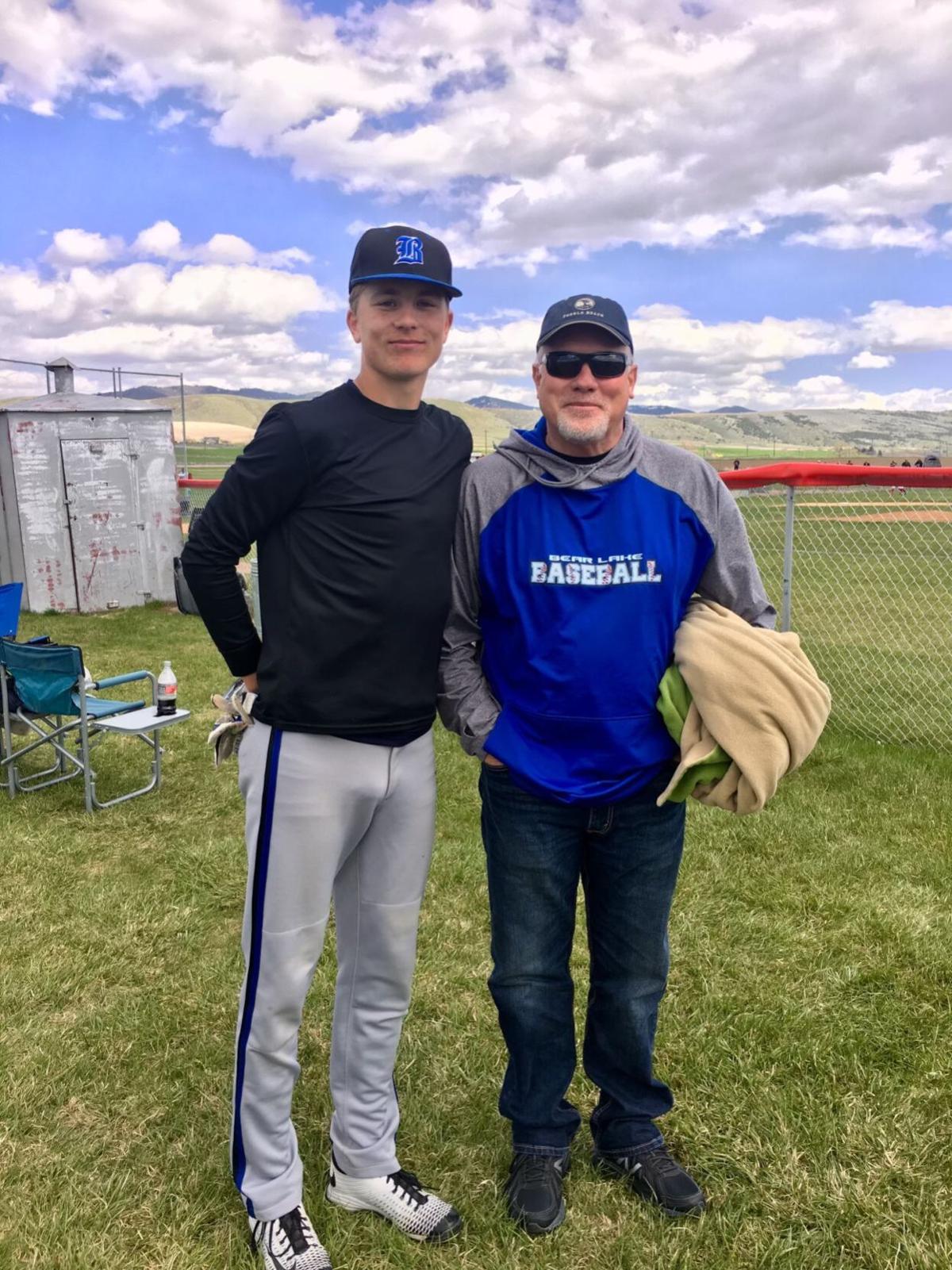 Owen Teuscher (left) and his grandpa Steve Carlson, who played football for BYU in the late-70s. 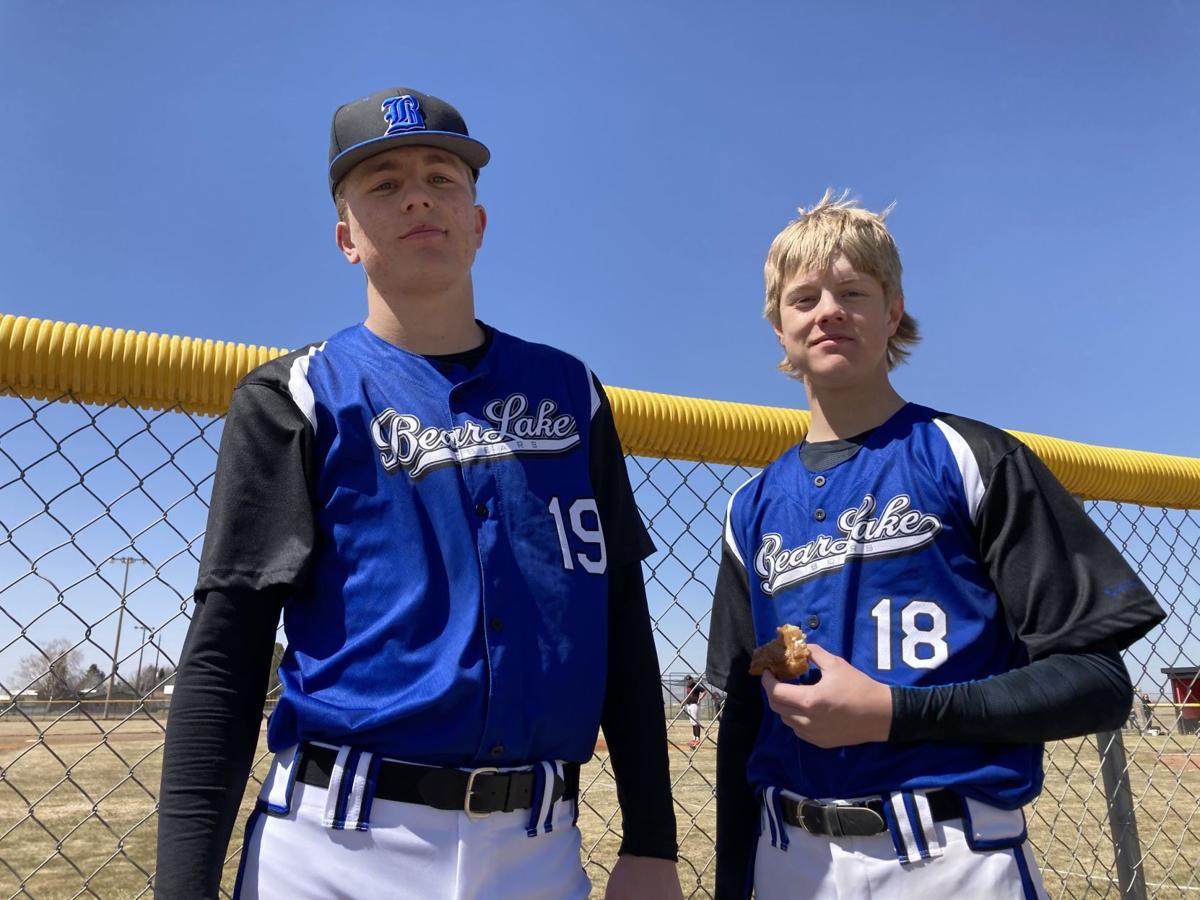 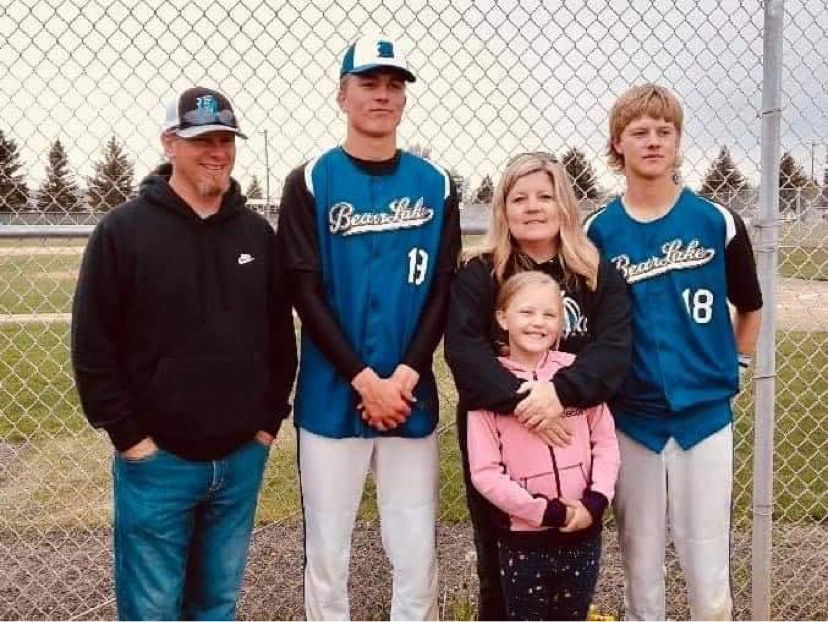 Bear Lake quarterback Owen Teuscher (12) throws downfield in the face of heavy pressure from West Side during a game at Bear Lake on Friday, Sept. 25, 2020.

Bear Lake’s Owen Teuscher (in white) shoots during a first-round state-tournament game against Ambrose at Eagle High School on March 4.

Owen Teuscher (left) and his grandpa Steve Carlson, who played football for BYU in the late-70s.

Craig Culver makes baseball sound like poker. He describes America’s pastime as if it was a card game predicated on instincts, on not showing your hand, on understanding what cards you have and how they can garner the most value.

For most of the 2021 baseball season, Culver may as well have picked up an ace-two offsuit. It’s not what many poker pundits would call a winning hand – and Bear Lake didn’t win a whole lot.

Bear Lake started six sophomores and a freshman, a young squad hit especially hard by the lost season of 2020. Culver called his squad a “JV team on a varsity field,” noting that his roster of experienced youngsters should have had a season of development on junior varsity last year. Of course, that didn’t happen, and the Bears produced the results you’d expect of a team filling a diamond with underclassmen.

They entered the district tournament with just three victories and may as well have been million-to-one longshots to knock off Malad – which later finished second in the state tournament – for the district title. Culver knew that. He also knew he was holding an ace.

Instead of playing every game like the seventh game of the World Series, Culver took some advice from the Kenny Rogers classic “The Gambler” and knew when to hold ‘em. The runner-up in the three-team 2A District 5 tournament automatically earned a spot in a state play-in game, which meant Bear Lake only had to beat Soda Springs in the second round to nab the half-bid for state.

Culver was cognizant of all that early in the year. So even as the losses piled up and the mental mistakes continued, he knew the Bears really had to win two games – the important one against Soda Springs and the state play-in game – to reach the tournament. Thus, he made sure Soda Springs never saw his ace – Owen Teuscher.

“I knew he had to be in the key game against Soda, so I didn’t show him to Soda,” Culver said.

Teuscher is the Bears’ senior righthander with an over-the-top, tomahawk-type release that whips the ball towards batters at almost 90 mph. Most 2A hitters hacked at Teuscher’s arsenal like they were swinging a chopstick. Teuscher punched out 101 batters on the season, including a school-record 17-strikeout performance against 3A American Falls.

When the day came, Culver pushed his chips to the middle of the felt and flipped over his trump card.

“He kind of told where we were at and what was going to happen, so I had some time to think about it,” Teuscher said. “But, I was like, ‘It’s all on me now.’ … You always dream of it as a kid to be put in that situation.”

In the all-important game against Soda Springs, Teuscher was remarkable. He fired eight shutout innings, fanning a baker’s dozen while allowing just five baserunners. Then he doubled in extras to set up Bear Lake’s walkoff run in a 1-0 victory. In the play-in four days later, Teuscher threw another complete game, striking out 12 batters in a 9-4 win over North Fremont.

Bear Lake put its season in the hands of his flame-throwing senior and he delivered, sending a 6-15-2 squad to the state tournament.

Teuscher, though, has a knack for handling pressure. In a district with eventual 2A state champion West Side, Teuscher led the Bear Lake football team to state behind almost 2,500 yards passing – the most in the area. A few months later, the 6-foot-5 Teuscher averaged 12.5 points and over a half-dozen rebounds for Bear Lake hoops, driving baseline for a buzzer-beating layup in the 2A consolation championship.

“I’ve always said his best sport was baseball,” said Culver, who began coaching Teuscher in little league. “I always felt baseball would take him the furthest.”

That was proved two weeks ago when Teuscher signed to play baseball at Utah State Eastern, following in the footsteps of a family tree made up of former college athletes. His grandfather, Steve Carlsen, played football for BYU. He has one uncle, Andy Carlsen, who played football at Utah State, a great uncle who did the same, and another uncle, Kip Carlsen, who played baseball at Salt Lake CC.

When the Christmas hangover quells and sports fans measure time based upon the college football bowl schedule, the highlight always shows up. When some helpless team falls behind or needs a late-game miracle, the TV always seems to replay the 1980 Holiday Bowl. It’s perhaps the most famous game in the history of BYU football, the late-game heroics that vaulted the Cougars’ program to two decades of relevance and a 1984 national title.

But most who have heard the story of the game mess up the winning play. With SMU up 45-25 with about four minutes to play, they remember the two quick BYU touchdowns to trim the deficit to six. They remember the blocked punt that set BYU up in enemy territory with 13 seconds left. And they remember McMahon taking what looks like a 100-step drop and unleashing a high-arching missile into the San Diego night, the ball dropping into a swarm of humanity in the end zone and BYU’s Clay Brown emerging with it.

They often forget about the extra point that followed. Cougars kicker Kurt Gunter booted in the 20-yarder to seal the victory. And it’s at that point in the tapes that Teuscher’s grandfather Steve Carlsen points to a Cougars upback blocking for the extra point.

Carlsen came out of Bear Lake in the mid-70s and was a redshirt senior fullback on that ‘Miracle Bowl’ team, a 6-foot, 215-pound force who was part of the win many say put BYU on the map.

A few years ago, one of Carlsen’s teammates in Provo, Ryan Tibbitts, wrote a book on the game, which Carlsen has since given to each of his grandchildren. At his house in Coalville, Utah, Carlsen would go through the book with the kids and circle himself in all the pictures, narrating play-by-play of his vantage point and making sure they know what the real winning play was.

“He’d say like, ‘I just remember trying to give my all to make sure they didn’t block it,’” Owen said his grandpa told him.

From an early age, Owen was exposed to the sporting exploits of his family, told the tales of their performance – however small – in the critical moments of the biggest games. Perhaps osmosis carried some sort of clutch gene to Owen. Sure, he was pitching against Soda Springs and not playing against Eric Dickerson, but he performed all the same.

“Whenever we’re around, we talk about sports and he just knows how wonderful it is,” Carlsen said. “He hit a few pressure shots this season. … I think he grew into it this year. He showed some leadership.”