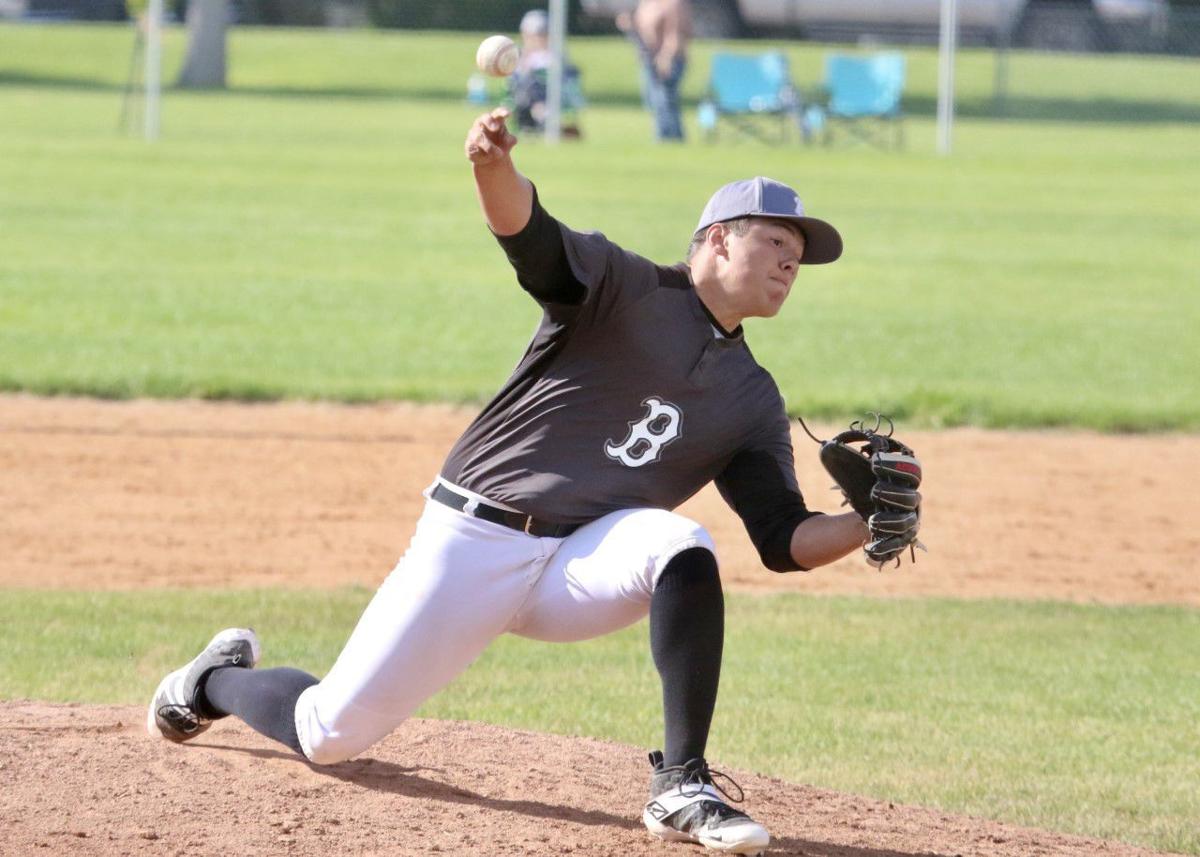 Blackfoot Broncos A pitcher Mike Edwards deals to the plate during a game against the Pocatello Rebels on Tuesday at Hawthorne Middle School. 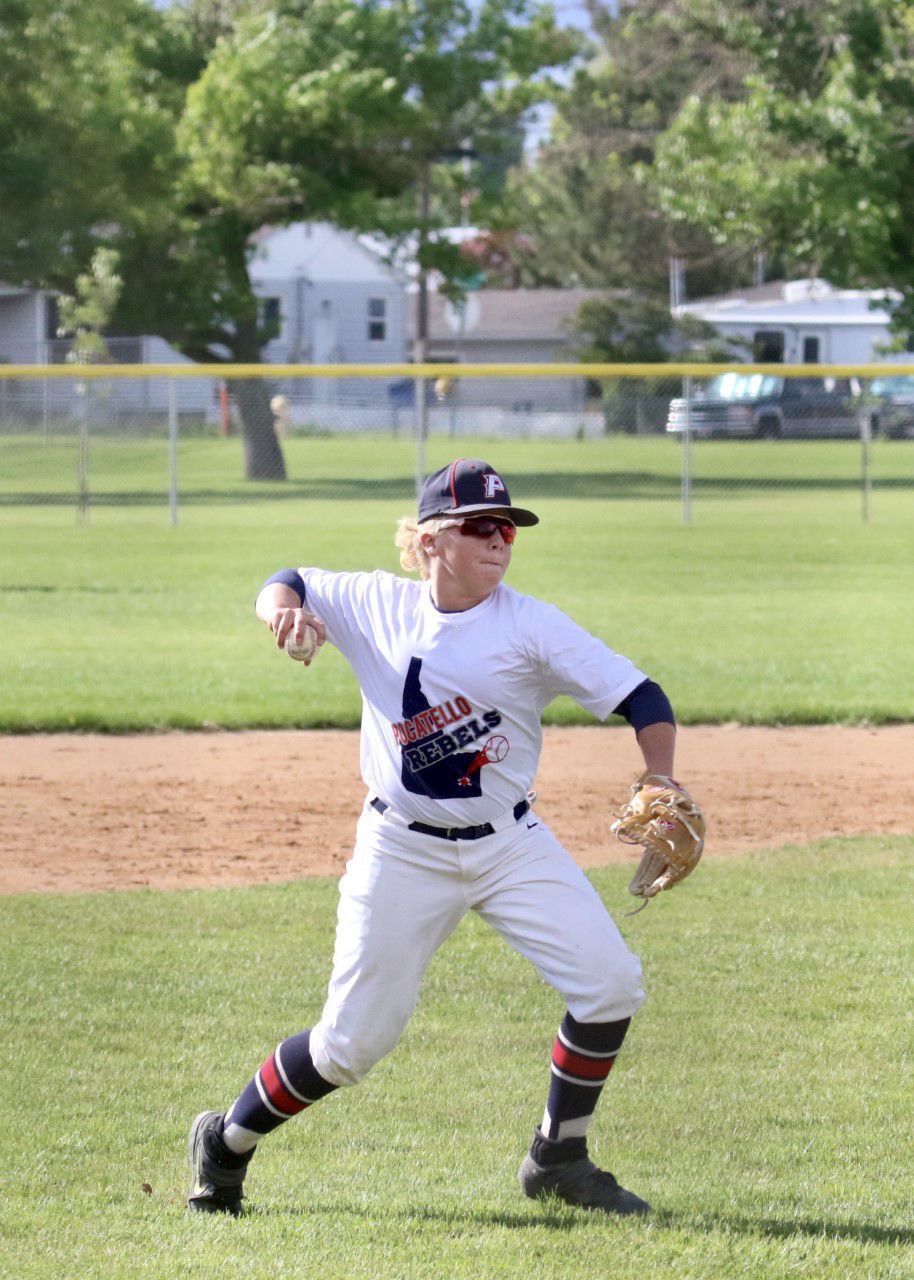 Pocatello Rebels third baseman Gunner Wilhelm throws home during a game against the Blackfoot Broncos A on Tuesday at Hawthorne Middle School.

Blackfoot Broncos A pitcher Mike Edwards deals to the plate during a game against the Pocatello Rebels on Tuesday at Hawthorne Middle School.

Pocatello Rebels third baseman Gunner Wilhelm throws home during a game against the Blackfoot Broncos A on Tuesday at Hawthorne Middle School.

POCATELLO — In their first game against Blackfoot A on Tuesday night at Halliwell Park, there was only one inning in the Pocatello Rebels box score that wasn’t a zero — but that one was enough for the win.

The Rebels rode an offensive explosion in the third inning, backed by efficient pitching, to top Blackfoot A 5-1 in Game 1 of the doubleheader.

Trem Tolman did the lion’s share of the mound work for the Rebels, giving up a single earned run on four hits, striking out one and walking none in 4 2/3 innings of work. Alex Winn toed the rubber for the last 2 1/3 innings and was perfect during that stretch, retiring every batter he faced and striking out one.

The offensive surge in the third inning began with back-to-back singles by J.D. Gunderson and Ryan Foltz. After Tyler Muhonen struck out swinging, the Rebels took a 2-0 lead when Ian Hershey reached first base due to a Blackfoot throwing error, which also allowed Gunderson and Foltz to score. Jayce Vaughan reached base after being hit by a pitch, and was batted in along with Hershey thanks to a screaming line drive single by Austin Hansen. A hard liner to left by Ethan Ellis brought Hansen home and put the Rebels up 5-0.

Tolman ceded his lone run in the next frame on an RBI groundout. With two runners on base for Blackfoot and only one out, Tolman staunched Blackfoot’s momentum with a three-pitch strikeout, then induced a fly ball to Hansen near second base to get out of the mini-jam and keep the Rebels on top.

The second game was a dramatic one, going to extra innings tied at 6-6. Blackfoot scored two in the top of the eighth to take the lead, but Pocatello came back with three in the bottom half to win it. Winn scored the walkoff run with two outs on a Blackfoot throwing error.

The Rebels head to Saint Anthony tomorrow for a daytime twin-bill at South Fremont High School. The Rebels open against the South Fremont Cougars at 10:00 a.m. and battle the Green Sox at 12:30 p.m.