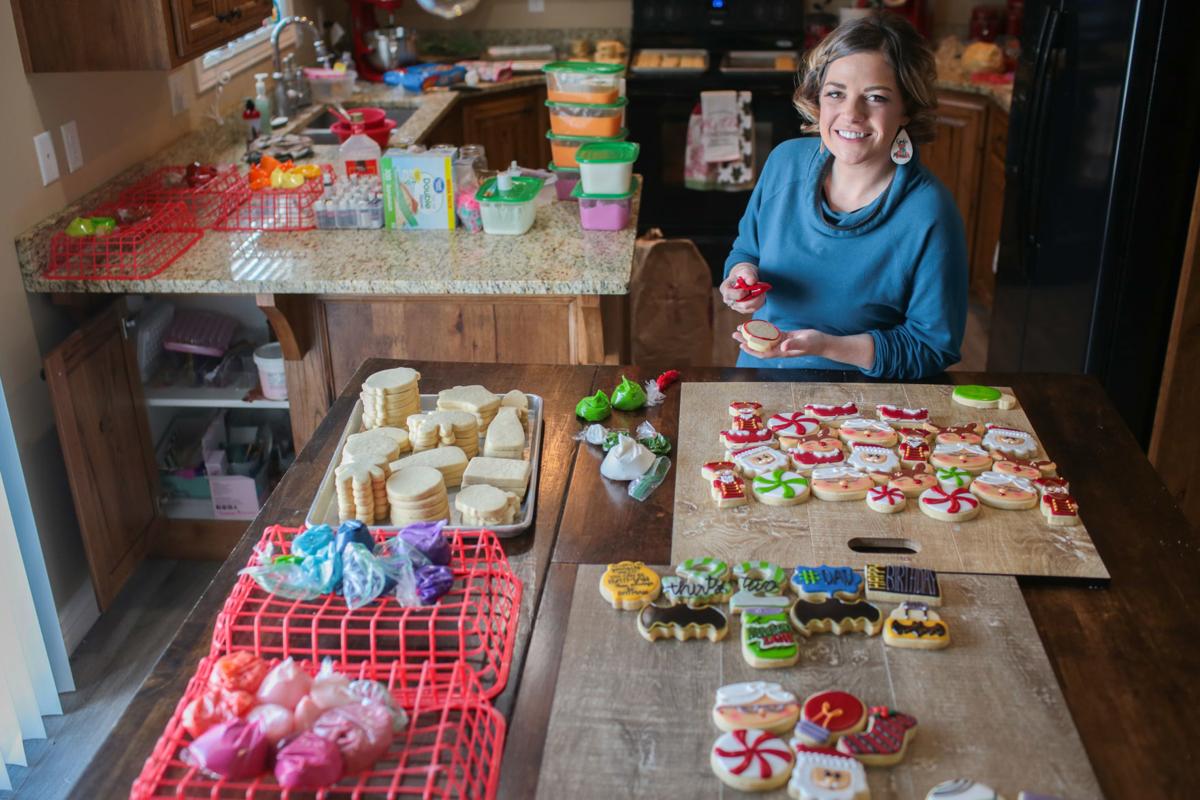 Timanee Olsen poses for a photo at her home while decorating cookies on Wednesday, Dec. 18, 2019. 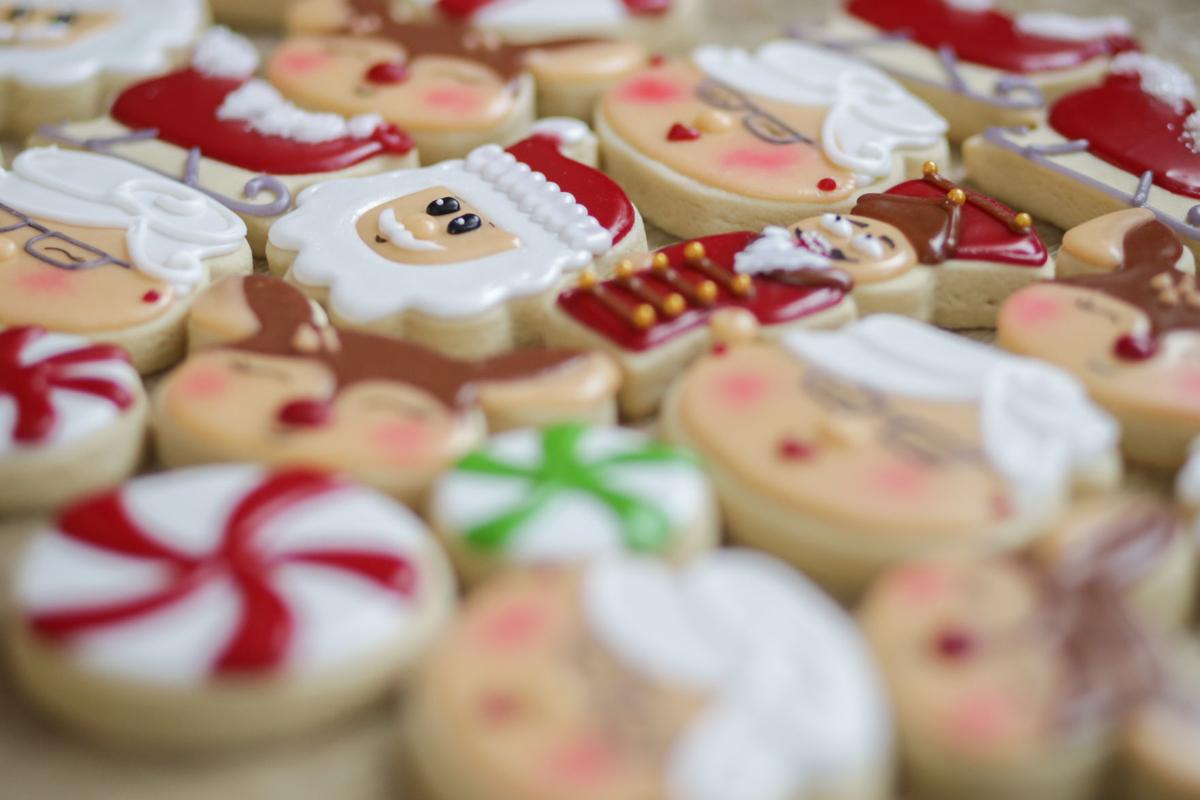 Latinos in Action students will also be leading games and crafts like Loteria, corn-hole, and cookie-decorating at the Noche Familiar night on Jan. 8. 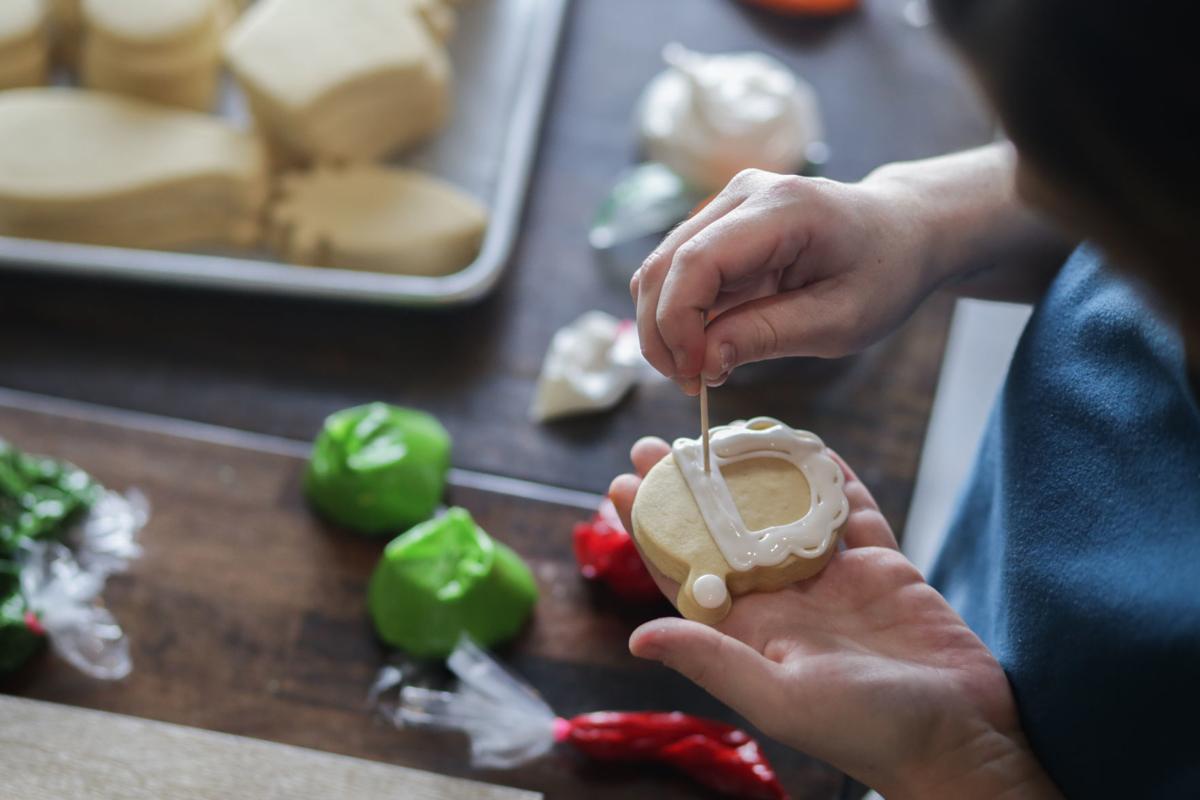 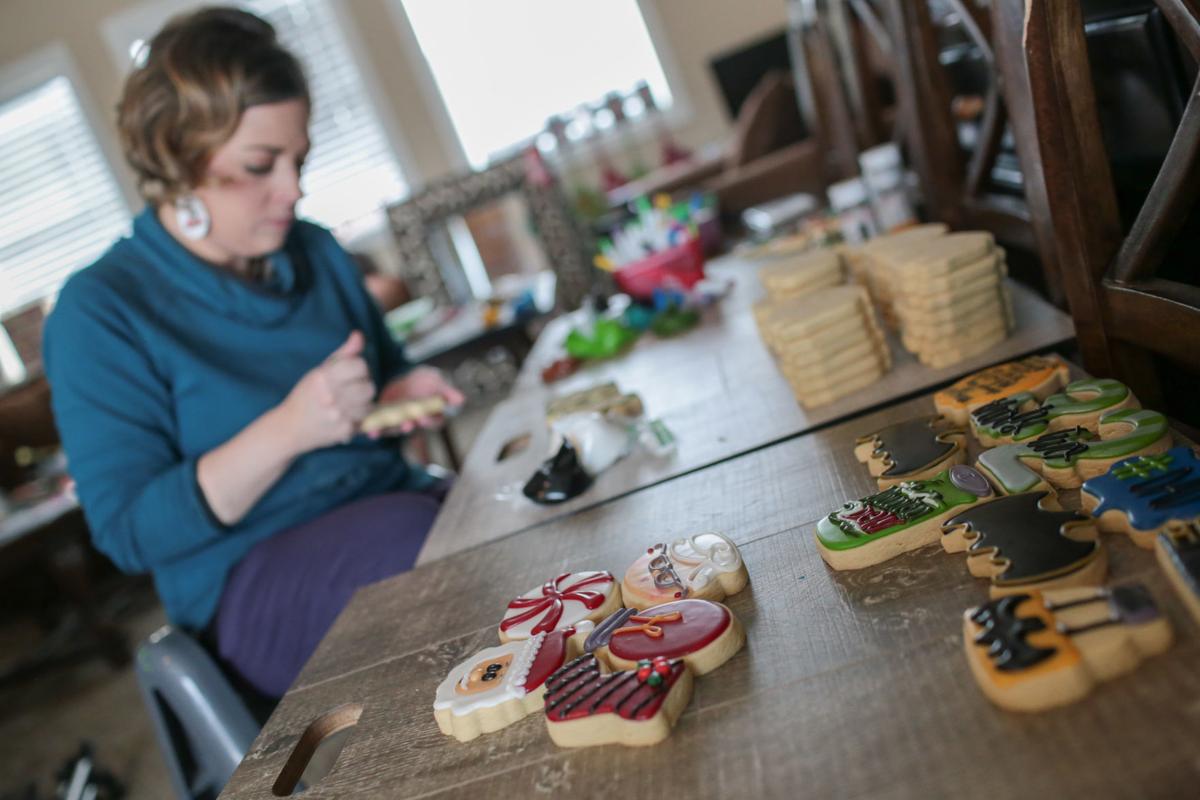 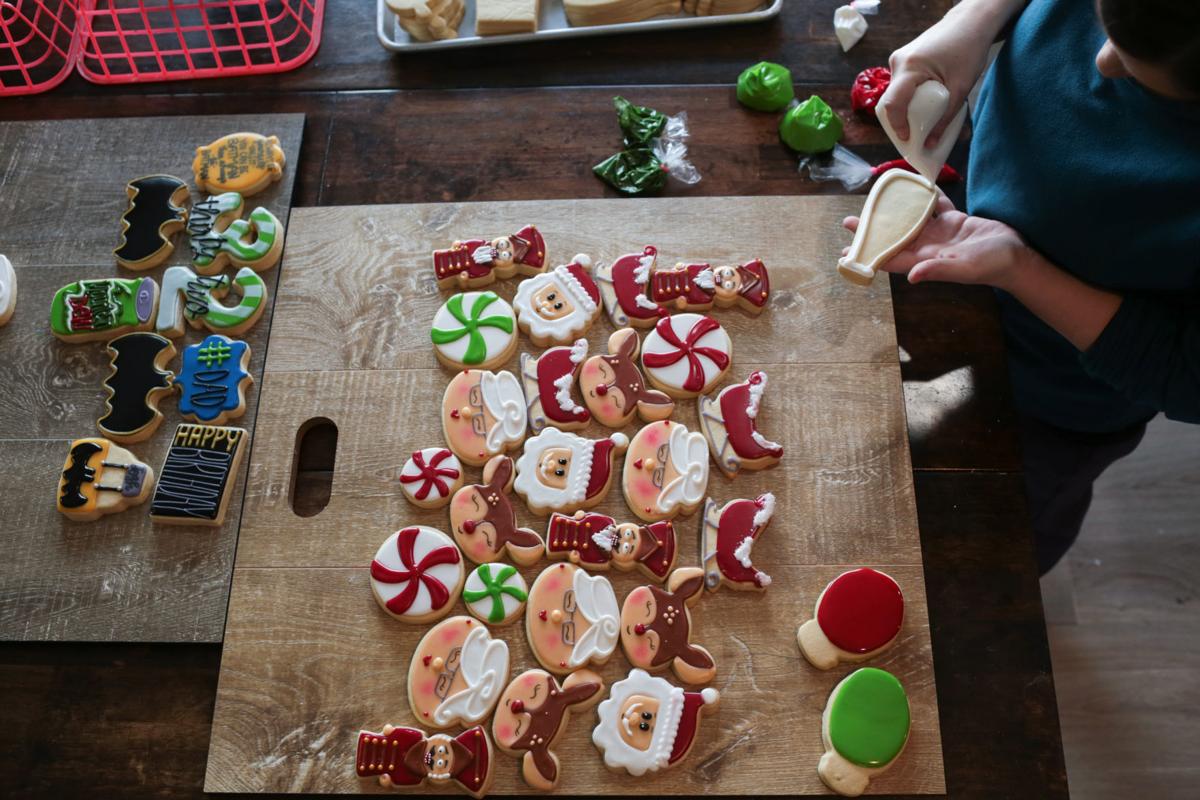 Timanee Olsen decorates cookies at her home on Wednesday, Dec. 18, 2019.

Timanee Olsen poses for a photo at her home while decorating cookies on Wednesday, Dec. 18, 2019.

Latinos in Action students will also be leading games and crafts like Loteria, corn-hole, and cookie-decorating at the Noche Familiar night on Jan. 8.

Timanee Olsen decorates cookies at her home on Wednesday, Dec. 18, 2019.

Two years ago, Timanee Olsen was an Iona stay-at-home mom whose family was living on food stamps. Today, Olsen is a burgeoning entrepreneur, has orders lined up months in advance and just opened a pop-up shop, the Cookie Momster Shack.

It all started in 2017 when her family hosted a Christmas party at which Olsen baked a batch of “ugly Christmas sweater cookies,” each one intricately decorated. The cookies were such a hit that, shortly after, a party attendee asked Olsen to bake more for the Home Depot holiday party that year.

Suddenly, word-of-mouth orders started rolling in, and Olsen found herself baking constantly. Wanting to hone her talents through sheer practice, Olsen began selling “favorite things” baskets. People would give her a list of someone’s favorite things and Olsen would create cookies based off the list. The off-the-wall results were nothing short of delightful: ramen noodle packages, llamas, ’90s cartoon characters and quotes from “The Office” television show.

The baskets were an instant hit. When the owner of Soda Tsunami got wind of Olsen’s talents, she contacted her with an offer to sell the cookies in the shop once per week. Olsen dropped off her first batch at Soda Tsunami and then headed home. By the time she had reached her house, she got a call from the shop. The cookies had already sold out.

"We went from a totally struggle-bus family to a two-income family supporting ourselves for the first time ever,” Olsen said. “It was such a good feeling.”

The owner of Mrs. Powell’s, who unbeknownst to Olsen had been following her cookie journey on Olsen’s Facebook page, reached out.

"She was like, ‘I don’t want to say God came down and told me to help you, but he kind of did,’” Olsen said. “She said she’d been in my shoes before, trying to fulfill orders out of her own kitchen while also raising a family and she knew it was hard.”

Then Olsen had to once again rearrange her business when earlier this year someone reported her for violating the Cottage Law for specialty food businesses, under which she was not allowed to sell her cookies wholesale to stores. She no longer sells her goods to Soda Tsunami or Mrs. Powell’s.

“I had no idea what that even meant at the time,” Olsen said.

So it was back to the drawing board for Cookie Momster. She began selling at craft fairs, recently selling 1,500 cookies in two hours at one fair, with a line out the door.

She also transformed her parents’ old snow cone stand into a pop-up shop with plans to sell cookies on certain Saturdays.

Olsen’s cookie business has led to another unexpected side effect: She’s become something of a local social media influencer. With thousands of followers on her “Cookie Momster" page, Olsen routinely posts telling her followers to “meet her at the cool wall” in her house or “let’s talk!” before jumping on Facebook live to live blog about her life.

Every post gets dozens, if not hundreds, of likes and comments. Most are written in encouraging, chatty manner as if to a friend. On her birthday, Olsen received gifts left on her doorstep from followers. These followers are also her biggest customers. Olsen, who has bipolar disorder, credits her online popularity to her frankness when talking about her day-to-day struggles. She's as comfortable crying while going live as she is showing off her latest cookie creations.

"My openness really gave people a look into who I am. This stuff is nothing to be ashamed of and I think people like to see that.” Olsen said. “Being honest with people keeps my heart and my mind in the right place, with cookies and with everything else.”