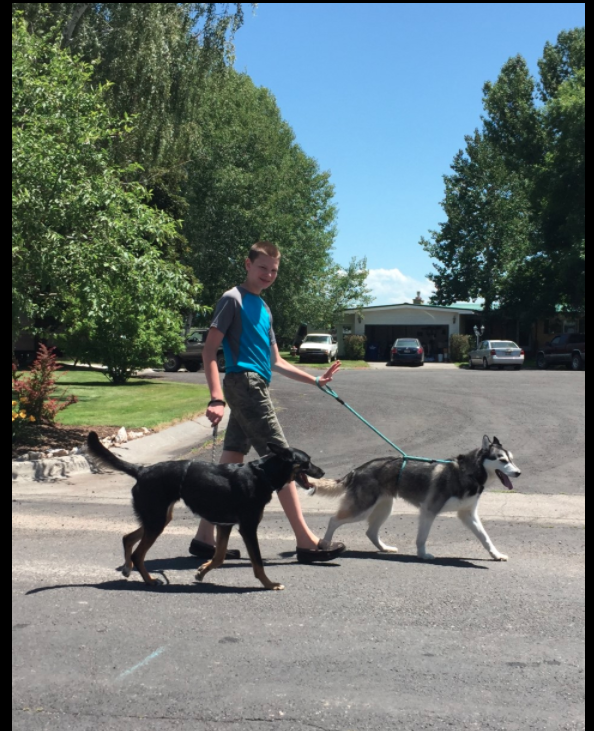 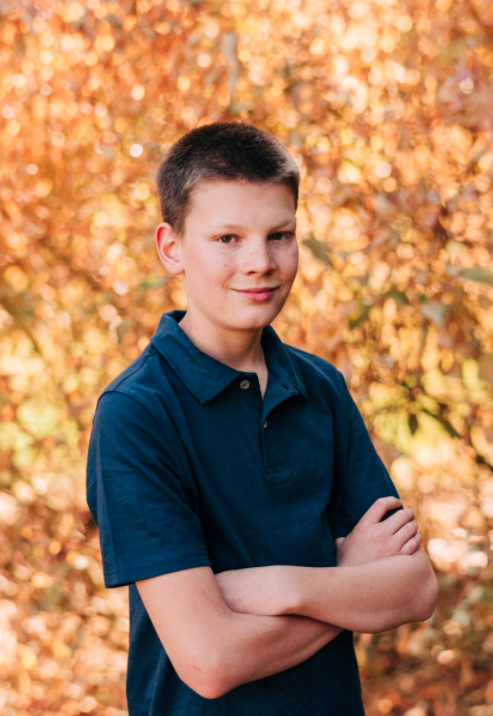 A 14-year-old St. Anthony boy who found himself with extra time on his hands thanks to coronavirus outbreak started his own dog walking business in July.

“I started looking into ideas for jobs to raise money," Jamison Orme said. "I have a friend who’s already mowing lawns. I didn’t want to be competition. Me, my mom and dad brainstormed. I really liked the idea of pet care and started out small in walking dogs.”

The son of Lisa and Nick Orme, Jamison was fortunate that his first customer was a dog groomer. The dog groomer saw Jamison’s flyer at Broulim’s and called him.

“She knew her dogs could benefit with her and her partner being gone all day long," Lisa said. "She thought it was a great idea. I’m grateful for her giving him a chance."

That dog groomer gave Jamison the names of other potential customers who needed their dogs walked.

So far Jamison has two customers and five dogs to walk.

Jamison spends 30 minutes a day walking each dog. He finds that walking Fido is as much fun as it is therapeutic — on top of that he gets paid.

“My business is my relaxation. You’ll walk, and they’ll follow," he said. "There’s a feeling of appreciation from walking for both me and for them. You don’t have to worry about them except when they poop."

Jamison picks up after his dogs and says he will invest some of his money into a Pooper Scooper.

Jamison is the only boy of seven children.

“It’s another reason for walking the dogs — it gets me out of the house full of females,” he joked.

Someone who has always loved dogs, Jamison has his own dog he enjoys taking out for a stroll.

“She’s 9 years old and is very anxious. She likes walks," he said. "I’ve pestered my mom to pay me to walk that dog.”

Dogs need to get out of the house and exercise just like people do, Jamison said.

“Walking helps calm the dogs in the fresh air," he said. "I believe dogs are very much like humans. They get bored. They will last longer and be healthier if they’re being walked.”

Jamison recently received his first paycheck from his first client while his second client paid him advance.

“It was nice to see that money and to do something with it,” he said.

Lisa said that first paycheck meant a lot to her son.

“It’s a good feeling to know somebody appreciates the work that you’ve done, and that they’re willing to compensate you financially for the services you offer," she said. "He was pretty excited about that. It was a sense of accomplishment.”

Jamison Orme donates 10 percent of his earnings and sets aside 15 percent of it toward his college fund.

“The rest I’m saving up for whatever,” he said.

Jamison will be a freshman at South Fremont High School in the fall, and he plans to continue his dog walking after school.

This is Jamison's second business.

“I started working for money when I was 6 picking up sticks at my great-grandma’s yard while dad mowed the lawn,” he said.

During school, Jamison finds his favorite classes to be math and science. He would someday like to work for NASA, designing space missions.

“I just find space very interesting," he said. "Space shuttles and computers, the things of this age, are very interesting. I’m willing to plan the mission to calculate the moon’s trajectory. I do not want to go onto a space shuttle. I prefer to keep my feet planted on Earth and just watch it through camera."

Jamison isn’t sure where he’d like to go to college and says that for now he’s focusing on high school and his business. He encourages young entrepreneurs who are considering starting their own business to invest in something they enjoy.

It also helps to find a service that no one else is providing and take it from there, Jamison said.

“I would say, ‘Do something that you love.’ I would say, 'Look at the options in the community.' I haven’t seen too much dog walking in St. Anthony,” he said.

Lisa said it’s important to let children take a chance on starting their own business, and if they fail, they can always try again.