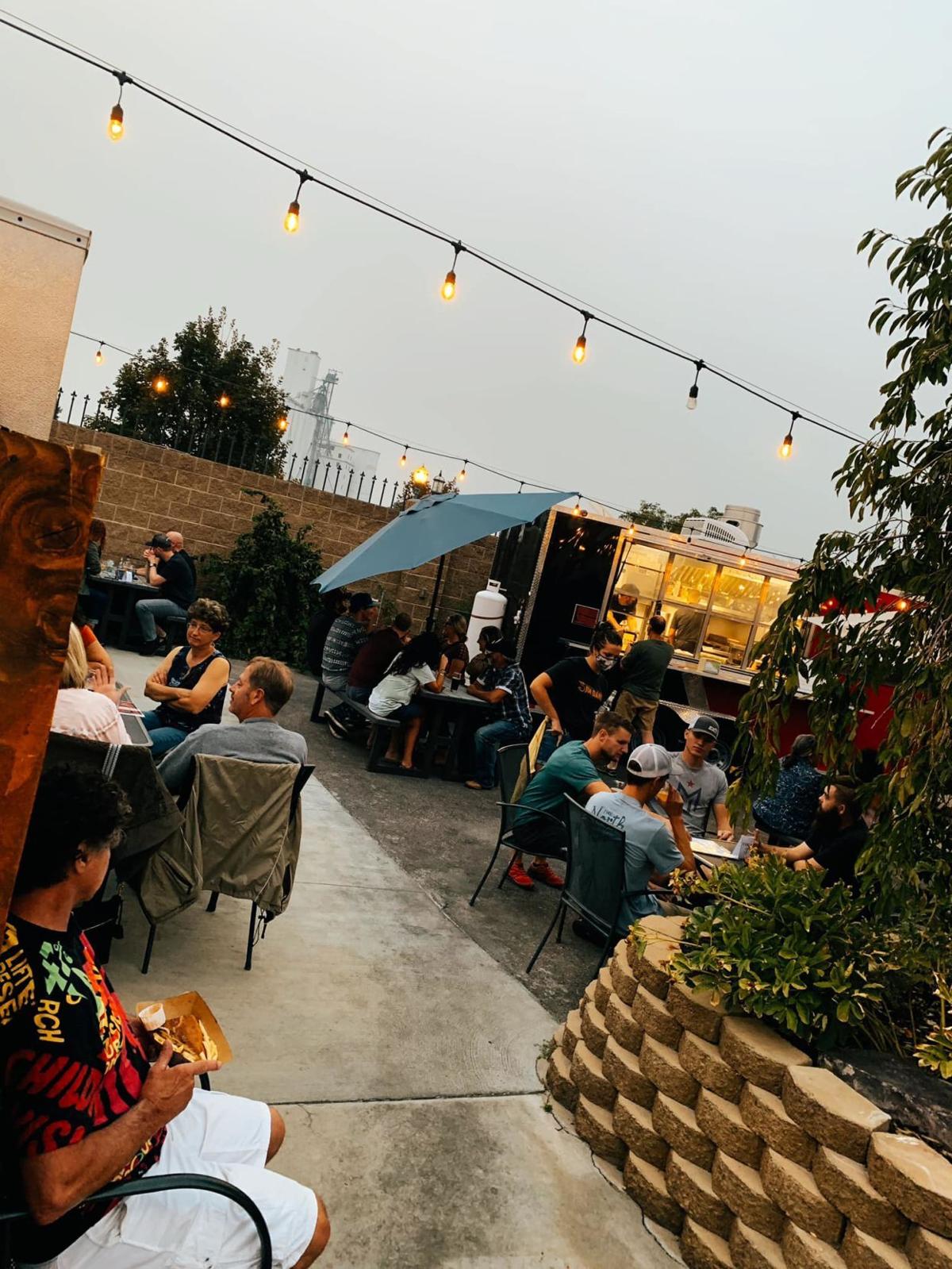 The new Palate Street Bistro food truck is pictured on the patio of Jim Dandy Brewing in Pocatello. 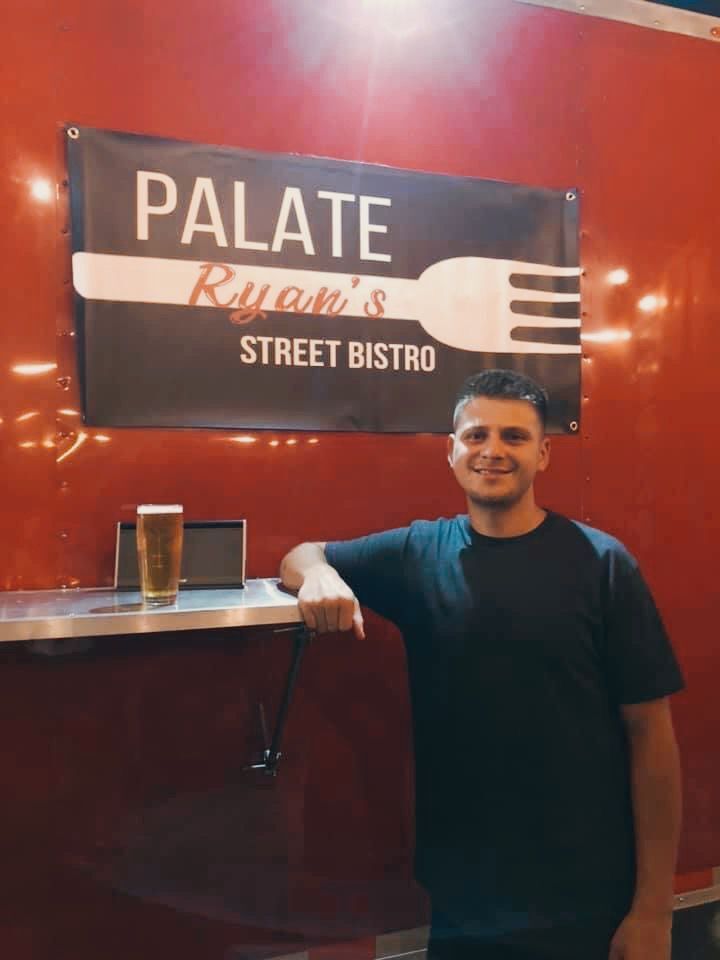 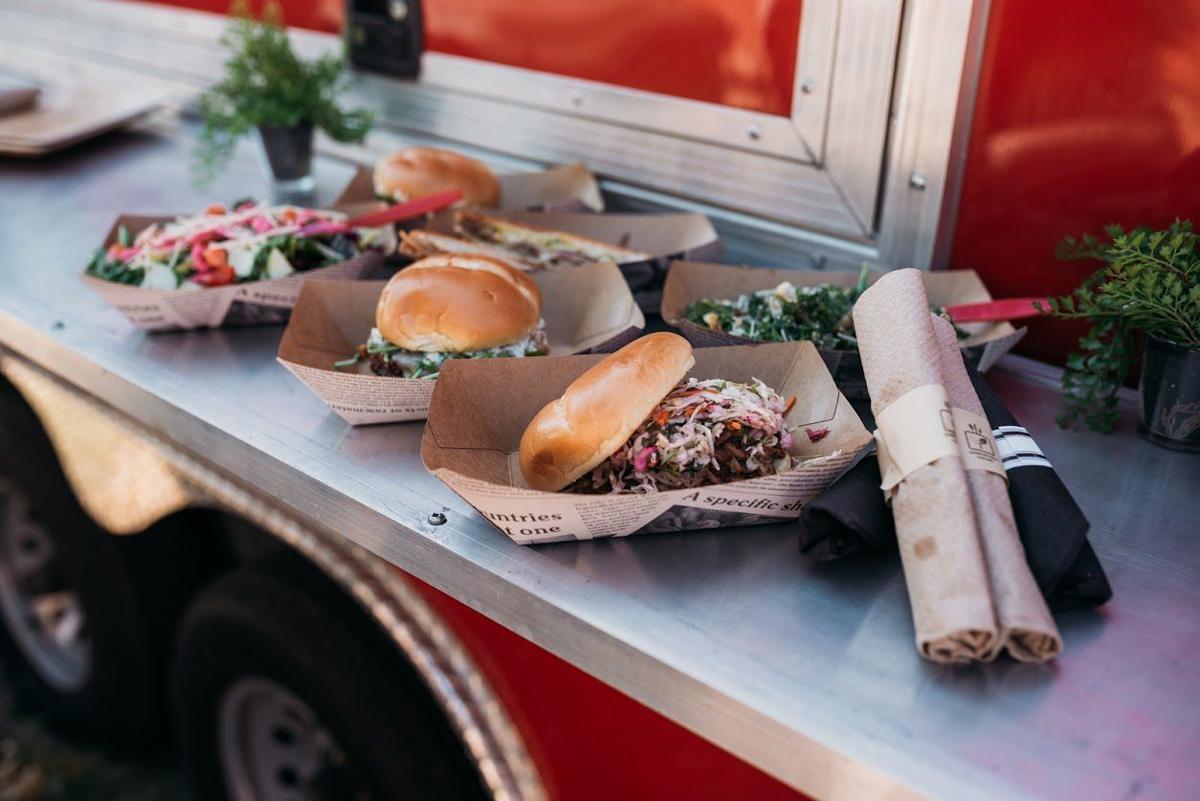 Palate Street Bistro serves all kinds of food from around the world, including these barbecue pulled pork sandwiches.

The new Palate Street Bistro food truck is pictured on the patio of Jim Dandy Brewing in Pocatello.

Palate Street Bistro serves all kinds of food from around the world, including these barbecue pulled pork sandwiches.

POCATELLO — There’s no need to be sad about the lack of travel and new experiences because of the current coronavirus pandemic, because Palate Street Bistro in Pocatello will take you to many new places with just the tip of your tongue.

Chef and creator Ryan Wiscombe — who co-owns the business with his wife and business manager, Lindee Pickett — invites the community to get a taste from a different origin every few weeks as they change the specials menu to fit the time of year.

The Palate Street Bistro food truck can be found three days a week on the patio of Jim Dandy Brewing, which offers seating and drinks to accompany the variety of cuisines that Wiscombe and Pickett have to offer.

The month of October invited the Oktoberfest beer at Jim Dandy’s, so Wiscombe served German delicacies, including pork schnitzel, bratwurst and a kielbasa skillet. Later in the month, the food truck served Dia De Los Muertos specials that included tacos, Mexican street corn and jalapeno poppers. Wiscombe is currently working on new specials that will be served in the coming days.

Wiscombe says he wants to keep the specials menu rotating every two to three weeks, adjusting to the holidays and seasons with cultural food, while still maintaining a more consistent menu of delicious options.

“Different cultures, different countries, they all do something cool with their food. People get to experience flavors they’ve never experienced,” he said.

Wiscombe and Pickett made a rather bold decision to open a business at the beginning of September, which was right in the middle of the pandemic.

“This is an awkward time to be trying to start a business,” Wiscombe said, “but I’ve been in Pocatello for a while, so I had lots of support. Surprisingly, it’s been pretty good. I have Doordash, we accept call-ins, and (customers) can order online, which really helps.”

He expresses immense gratitude for the loving support from the Pocatello community during these troubling times.

Wiscombe and Pickett co-owned the Thanks A Brunch food truck from May 2017 to August 2020 before deciding to open Palate Street Bistro. He says that working with the TAB crew “was a great adventure that we will always be grateful for and proud of.”

Wiscombe also gained inspiration from his father, Rob Wiscombe, who owned and operated The Continental Bistro from 1993 to 2008 and later became the executive chef for Cafe Tuscano in 2012. Rob Wiscombe tragically passed away in 2013. Ryan Wiscombe inherited many of Rob Wiscombe’s admired traits and the love for food, and has now worked in the food industry for 22 years combined with Pickett. Wiscombe is thankful for the help from Cafe Tuscano, because “without them, we really would not have been able to open as quick as we did.”

Wiscombe is especially excited about Palate Street Bistro, because “with a bistro, you’re not subject to anything. You can have a little from this country or that culture. I can do whatever I want.”

Wiscombe says that although rather enjoyable, operating a food truck is not as easy as people tend to think.

Palate Street Bistro can be found at Jim Dandy Brewing at 305 E. Lander St. in Pocatello on Tuesdays and Wednesdays from 5 to 8 p.m. and on Saturdays from 3 to 9 p.m.

Wiscombe and Pickett also do outside caterings and encourage the public to come experience what they have to offer.

“We love get-togethers: from boring office meetings to fabulous weddings, let us feed you,” Wiscombe said. “We are so excited to get to know more of Pocatello than we already do.”

For more information and to order food online, visit palatestreetbistro.square.site.