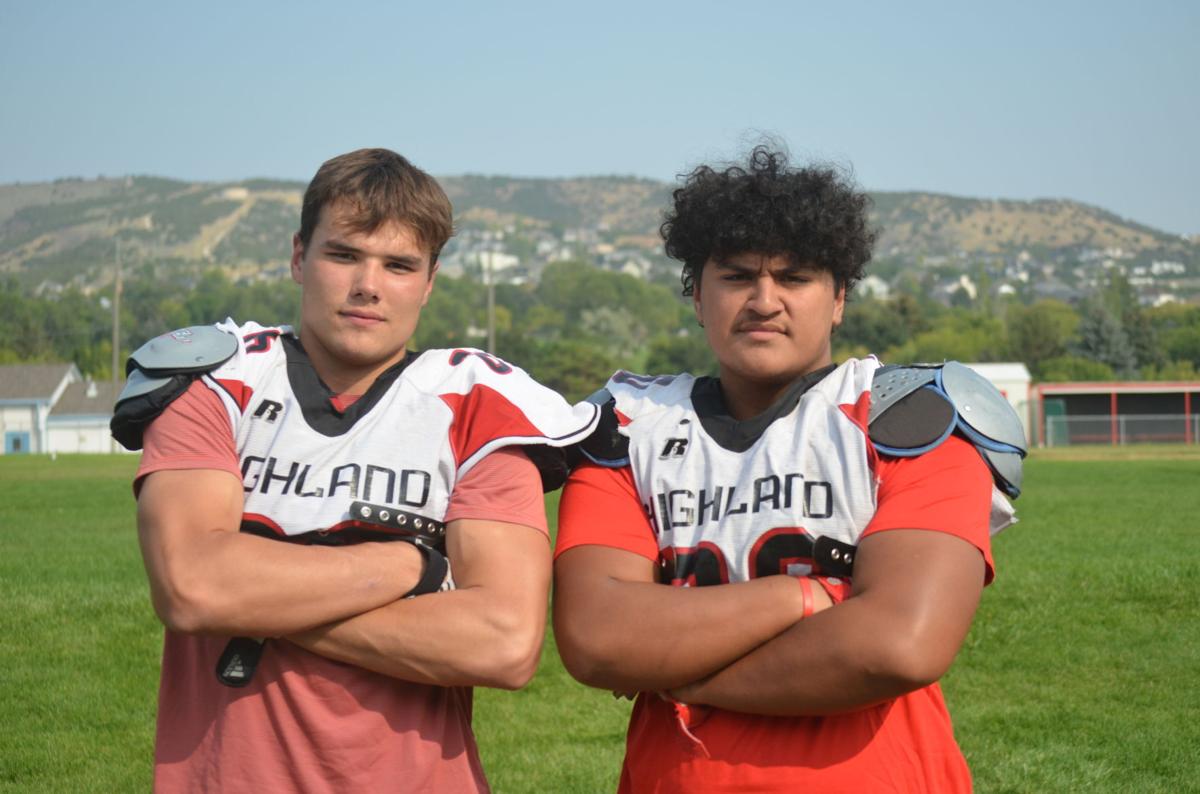 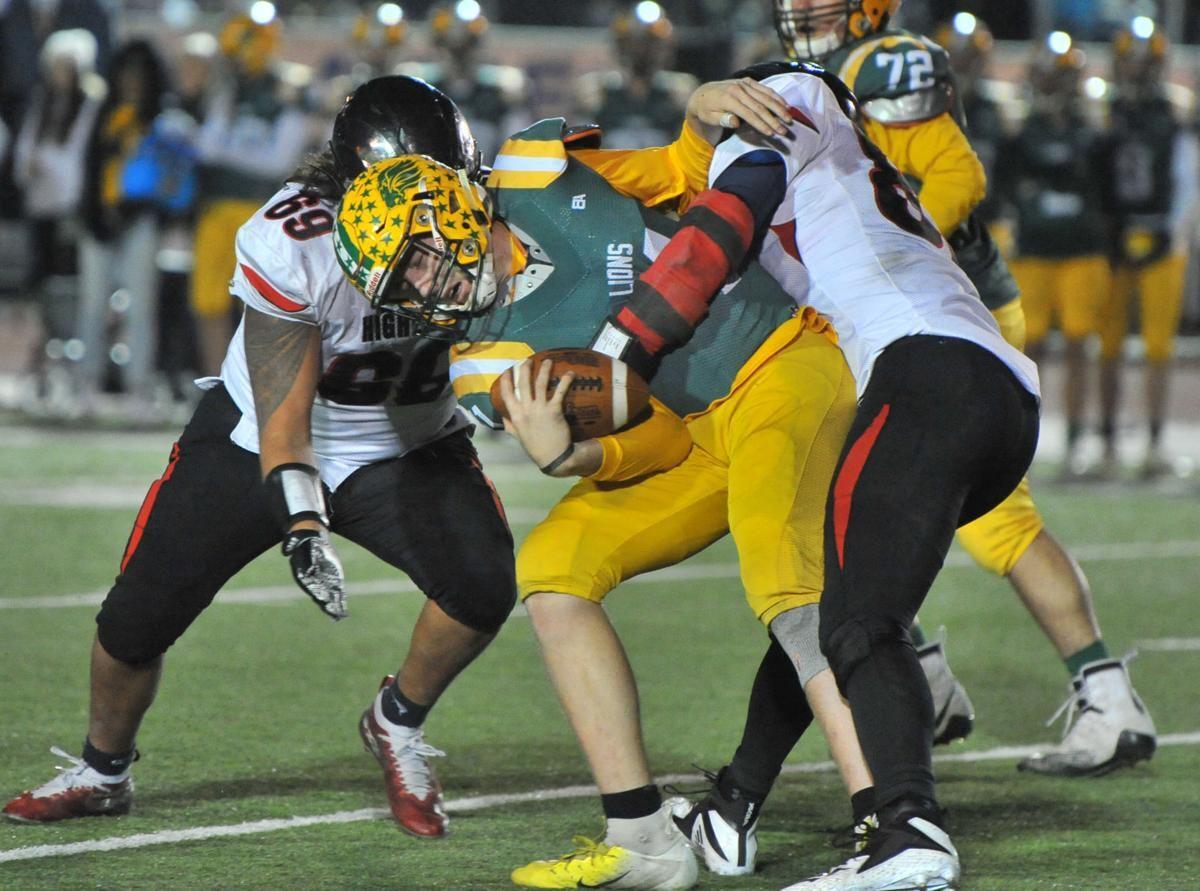 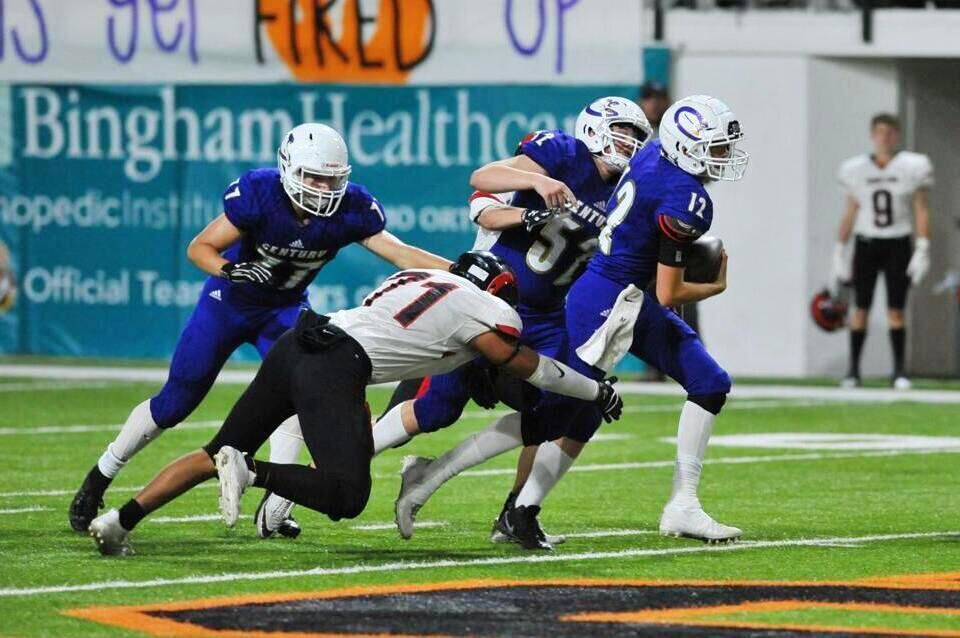 Shortly before a recent Highland football practice, several Rams coaches tried to remember which game from a year ago had been the real breakout for then-junior defensive end Logan George.

Defensive coordinator Nick Sorrell thought it might have been against Borah.

Whatever the final answer ended up being, the point was clear — one year after being switched over from tight end to defensive end as a sophomore, George had arrived.

This year, along with fellow senior Luke Togiai, he’s the leader of the Highland defensive line — which, in the Rams’ scheme, means he’s one of the leaders of the defense as a whole.

“How our defense is built, we always build from the front (to the) back,” Sorrell said. “Everything starts with our D-line. ... These guys, they understand, when we do our thing, it frees up everybody else to go and make plays.”

After a demoralizing 45-0 loss to Sky View, one of the best teams in Utah, Highland’s defense has re-established itself in the last two weeks, playing well in wins over Logan (UT) and Century.

The Rams held Century to six points for most of their crosstown rivalry game last week, eventually giving up a garbage-time touchdown but still winning 31-13.

This week, they’ll have a chance to sweep their crosstown matchups for the 10th year in a row — but only if they can shut down Pocatello, which is flying high with a 3-0 record for the first time since 2011.

Togiai and George — backed up by juniors Lane Frasure, Sloan Lambson and Kody Colvin, who rotate on the other side of the defensive line — will have a lot to say about that.

Coming into the Black and Blue Bowl, the Indians haven’t shown a terribly potent offense — they’re averaging 26.67 points per game, 11th in 4A — but do have some gamebreakers in emerging junior quarterback Zach Park, receivers Matt Christensen and Casey Bruner, and freshman running back sensation Ryken Echohawk.

“(Pocatello’s hot start) is good for them and it’s good for the community, but it’s also, we still want to let everybody that we have a really quality program up here,” Sorrell said. “And when we play with our potential, we’re very hard to beat. They’ve got some talented kids, they’ve got some speed. But it’s one of those things where, if we take care of our responsibilities and our jobs up front, then we’re going to be OK.”

It’s not surprising that Sorrell relies so much on his defensive line to set the tone. Traditionally, a strong defensive line has been one of Highland’s biggest calling cards.

Another of Luke’s older brothers, Tommy, is currently a junior defensive tackle at Ohio State after being named the Gatorade Idaho Player of the Year his senior year at Highland.

“Growing up, we just always had something to do,” Luke said. “Go outside, run around, work out all the time. When they were in high school, that’s when they really started diving into it. They were saying, if you really want to go to the next level and play, you have to do the extra things. Don’t take a play off, go to workouts early in the morning, late at night. Anything you have to do to get better.”

For Luke, who’s played varsity at Highland since his freshman year, that message took root, and he’s showing that he’s next in line.

Luke was a first-team All-Area selection last year after racking up 75 tackles and 7 1/2 sacks.

This year, he has 20 tackles and three TFLs through four games, and has a Utah offer in his pocket.

If Luke, coming from a long line of stars in the trenches, was always fated to take up space in the middle of Highland’s D-line, George is the one who came to it accidentally.

He was a tight end his freshman year at Highland, but switched to defense for his sophomore year.

As a junior, he bumped up to varsity, getting a second-team All-Area nod with 39 tackles (5 1/2 TFLs) and authoring enough breakout games to leave Sorrell, Ackley and Mariani confused.

At 6-foot-4, 225 pounds, he grabs the attention of college coaches who know that his frame will translate to the next level. George has offers from Idaho State and Montana Tech.

“He’s got a lot of potential and a pretty high ceiling just because of his length and his size and his strength,” Sorrell said.

That’s translated even more this year with added experience, as George has 26 tackles, seven tackles for loss, 2 1/2 sacks and one interception in four games.

The former tight end has also found his home on defense.

“It was pretty natural for me, actually,” George said. “I felt like, switching over, I could go as hard as I possibly could every single play. At tight end, or whatever I was, I just couldn’t do that on offense.”

Now firmly “on the good side of the ball,” as Sorrell said, George lit up when talking about how Highland’s D-line was hitting Logan’s quarterback every play during the Rams’ bounceback win two weeks ago.

If they can do that to Park and Pocatello on Friday, their 10th win in a row against their crosstown rivals shouldn’t be far behind.