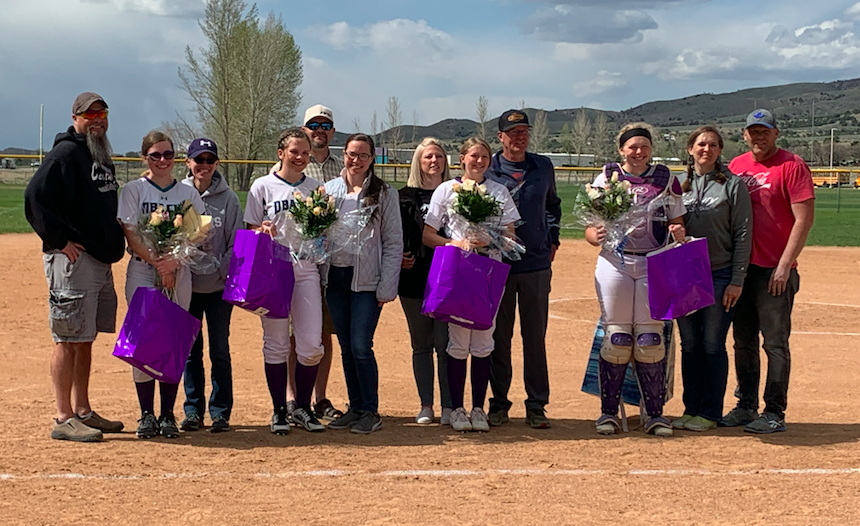 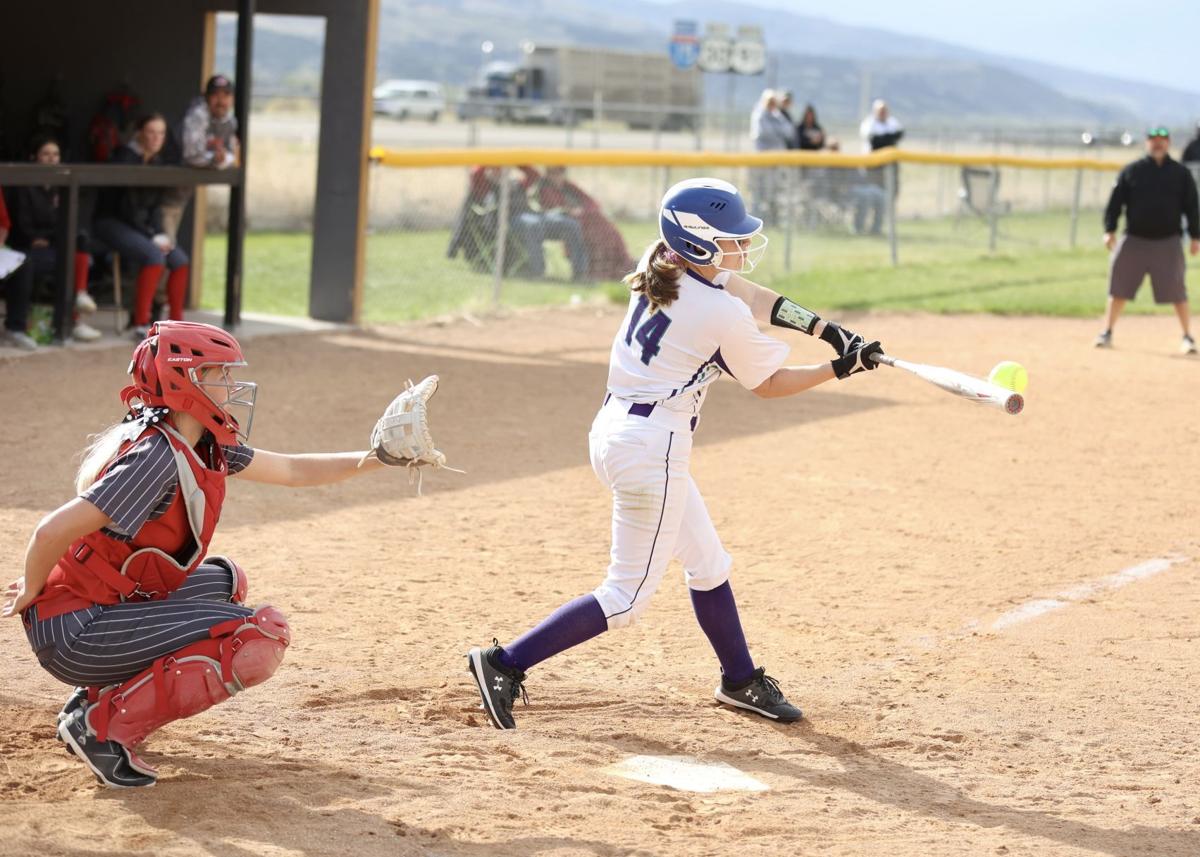 Century senior Aramy Glaser ropes a hit during the Diamondbacks’ 21-6 win over Shelley on Tuesday.

Century senior Aramy Glaser ropes a hit during the Diamondbacks’ 21-6 win over Shelley on Tuesday.

POCATELLO – Perhaps Century was that excited for its senior day celebration.

There were still parents trickling over to the varsity softball fields as the Diamondbacks wrapped up their 16-1 win over Shelley in the opener of Tuesday’s doubleheader. Fifty minutes after first pitch, the Diamondbacks huddled in the dugout and waited for the festivities to commence.

Emma Landon, Megan Boyce, Aramy Glaser and Emma Williams ran through a tunnel of teammates, slapping hands before collecting gifts and posing for enough photos to fill a scrapbook. Before the final collective photo op, the quartet of seniors handed presents to their coaches and offered a bat to head coach Bruce Givens, a souvenir signed in purple ink by all 11 players.

“Today, it kind of hit home,” Givens said. “With those seniors being done, I am too.”

The veteran Gate City coach is hanging it up after this season, bringing to an end to a distinguished career manning the sidelines and dugouts at numerous local schools.

He was a defensive assistant on the powerhouse Pocatello football teams of the early-90s. He led the Indians’ baseball team from '92-'99, moving on to Century when the school opened on the south side of town. He won a few more state titles as the Diamondbacks’ defensive coordinator, coached the baseball team for its first nine years and has headed the softball program since 2013, the last time Century made the state tournament.

With a sunglasses tan line around his eyes and raindrops falling on his purple pullover, Givens stood along the fence down the first-base line and speculated about the final few weeks of his coaching career.

His last Century softball squad (13-4, 3-2 4A District 5) is really good. Givens is comfortable saying that, while also acknowledging that there are enough inconsistencies and enough small areas that need ironing out before the district and possibly state tournaments.

The Diamondbacks smashed Shelley in game one on Tuesday, then walloped the Russets 21-6 in the finale to sweep the day. It was a tune-up for Thursday’s contest at Preston, a game that will decide who hosts the district tournament.

“It’s huge,” Givens said. “You don’t have to play back-to-back games (if you host). Preston has two complimentary pitchers while us and Poky really don’t. We have a power pitcher (Glaser) and an offspeed pitcher (Elin Williams).

“If you want to be champions, you have to play like it.”

For the past few years, Century hasn’t played like champions – missing state for the last eight seasons and struggling in districts the past few years – which provides an extra layer to the exceptional saga Givens and his seniors are trying to cap off together in their “last hurrah.”

“Another reason we’re all playing so hard is we want to make it a memorable season and kind of go out with a bang for him,” senior catcher Emma Williams said. “I think it would be really special to qualify for state and just be able to play as long as we can with these girls. Like me and my sister (Elin), this is probably the last time we’ll be able to play together on the same team.”

Every team wants to win. Every senior wants their last high school athletic memory to include a trophy. What makes Century different is that those journeys are coinciding with a season where the Diamondbacks actually have a chance to lift a trophy.

Glaser, Century’s ace, has fanned 70 batters in fewer than 55 innings, taking a sub-3.00 ERA into the final week of the regular season. Emma Williams hits the ball like a rocket and leads the team with 28 RBIs. Elin Williams is a two-way asset who can spin the ball like a top and finds gaps easier than tying her shoe. And with a .540 batting average, Libby Evans may have the most pound-for-pound power on the team.

Century is a fun team. It has a chance to be a special team, which brings us back to the first-base line at Century’s park. As the sprinkles fell from the sky, Givens pondered how his last hurrah could become a fairy tale.

“The run is coming to an end, but we only have to win about, what, one, two, three,” Givens said, staring to the sky, “four, five, six more games and it would be really good.”