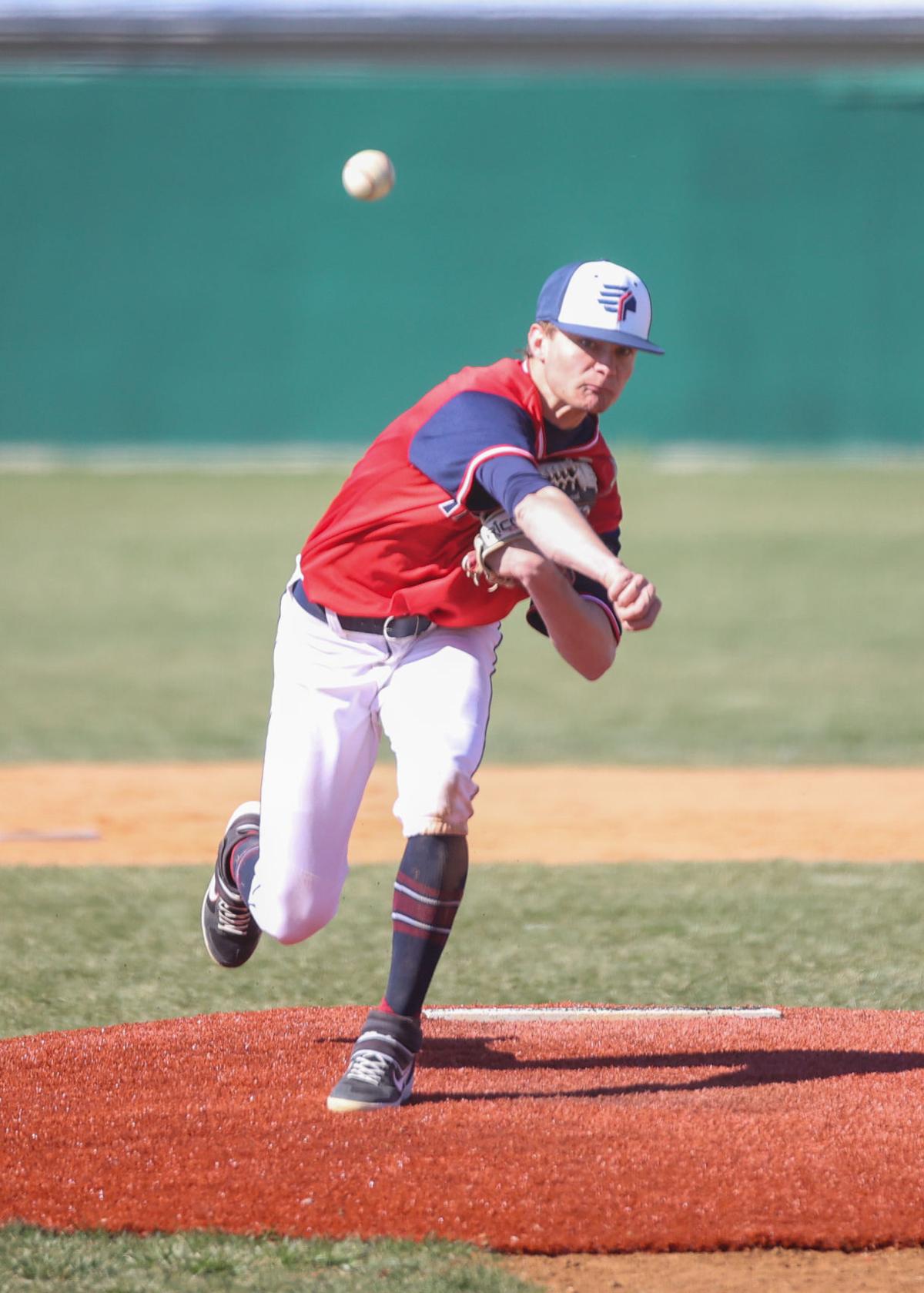 Pocatello sophomore pitcher Brody Burch hurls a pitch during the Indians' 8-3 win over Century on Tuesday. 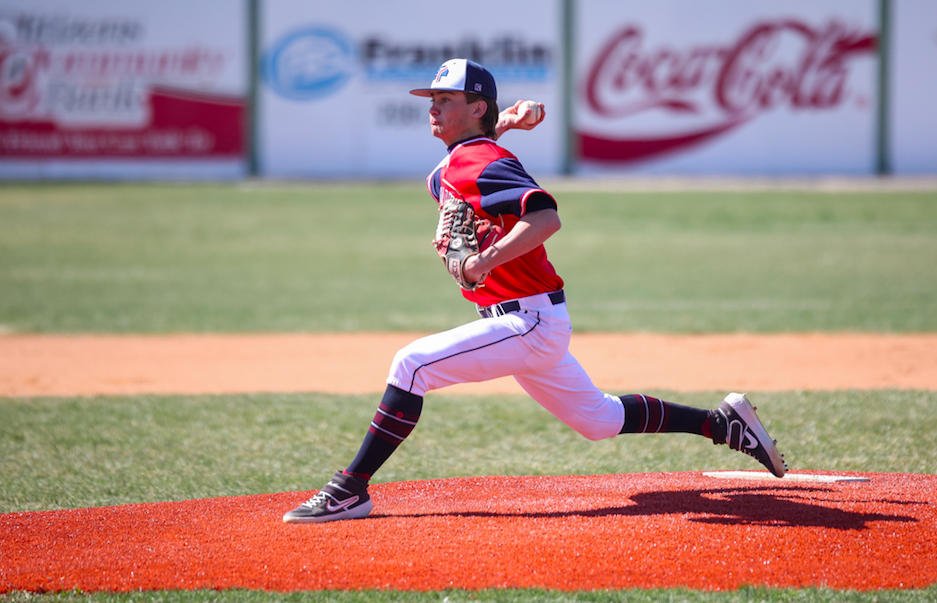 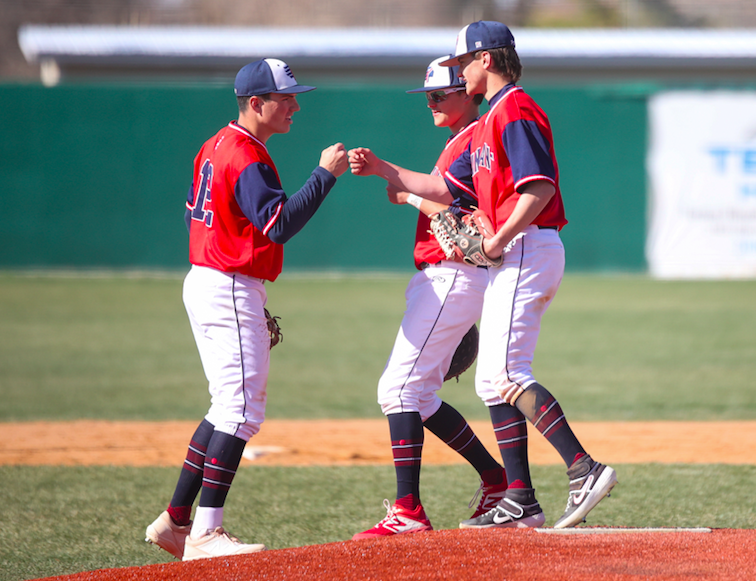 Pocatello sophomore pitcher Brody Burch hurls a pitch during the Indians' 8-3 win over Century on Tuesday.

POCATELLO – Brody Burch has probably never flipped a Monopoly board. The Pocatello sophomore is a statue of composure, a 16-year-old whose emotions don’t teeter on the tip of a pencil.

Pitchers are lonely figures on the mound. When their control slips, when their fastballs are being pounded and their coach waltzes out to the mound, hurlers can feel like there’s a spotlight shining down and a stadium closing in on them. It’s why there can be 10-run innings in high school baseball and no one bats an eye. It’s young kids with spinning heads and heaps of pressure. Of course things don’t always go right.

But pressure doesn’t seem to apply to Burch. In Pocatello’s 8-3 win over Century (4-12, 1-3 4A District 5) on Tuesday, Burch was superb. The sophomore tossed six shutout innings, surrendering just a pair of hits while fanning 11 Diamondbacks. It was a near-seamless outing that could have gone the wrong way a few different times.

Burch was first tested in the top of the fifth inning. Poky shortstop Jayce Vaughan fumbled a routine grounder and instead of firing to first for the final out of the inning, Vaughan’s cross-diamond toss was late and set up runners on the corners with two outs.

Pocatello (6-10-2, 1-0 4A District 5) coach Vinnie Benavidez came out the mound to speak with his young righty.

“Just throw strikes and battle out of it,” he told Burch. “Trust the defense and keep battling.”

The cliches did the trick. Burch attacked Century’s Austin Ebarb with fastballs and finished the job with a high flamer that Ebarb whiffed on. Crisis averted.

He faced another jam in the sixth. Miscommunication in right field led to a pop-up smacking the grass and Pocatello fielders looking at each other in dismay. Burch walked the next batter and received another mound visit from Benavidez, but remained in the game. Even when Century’s Deakon Blackhawk singled to load the bases with one out, Burch stayed in.

All signs of nerves were absent. He wasn’t peeking down in despair. He wasn’t running his fingers through his long brown hair. He wasn’t clenching his teeth, trying to keep the anger in. No, he just pitched. He got Gunner Trulson to pop up in foul territory, then struck out sophomore Blake Phelan on a looping curveball.

“He just knows how to pitch. When he’s on the mound, he thinks he’s going to beat every hitter that comes up against him — and that goes a long way,” Benavidez said. “He can spot up. He can hit corners — in or out. He throws four pitches. And he throws from every arm angle.”

Burch is somewhat of a pitching savant — or at least he’s trying to get there. Though his fastball hovers around the low-80s, Burch makes up for his less-than-extraordinary velocity with a repertoire longer than a Chinese takeout menu.

He throws a four-seam fastball, two-seam fastball, curveball, slider and the rare knuckleball. What makes his arsenal more lethal is that he can throw those pitches from two different arm angles – either over the top or a sideways approach where the ball releases just below his armpit.

“I just see what the hitters are doing and how they’re approaching it, then just go from there,” Burch said. “Against a righty, I’m going to work more with the sidearm just because (it’s harder to hit) the side angle coming at them, and then with a lefty I stay more on top and come at them from that angle.”

Poky thrives on those nuances. The Indians scored a run Thursday on a first-and-third double steal. Another run came across after Maddux May advanced on a dropped strike three and Alex Winn bolted home on the throw. The Indians picked off one Century baserunner and should have nailed another if not for a Matrix-like juke.

Pocatello is a team all about the small things, the details that can change games. Burch is the poster child of that philosophy.

Pocatello and Century play a doubleheader at Halliwell Park on Wednesday with games at 3 p.m. and 5 p.m.