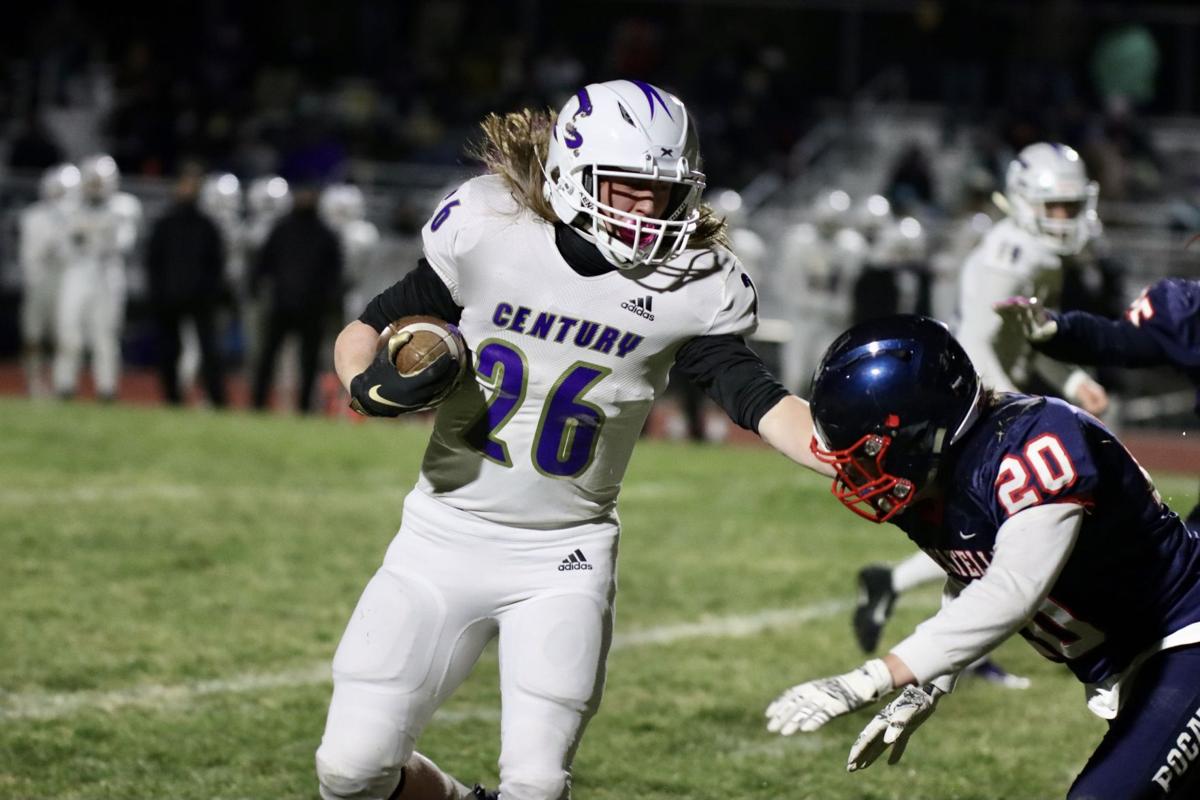 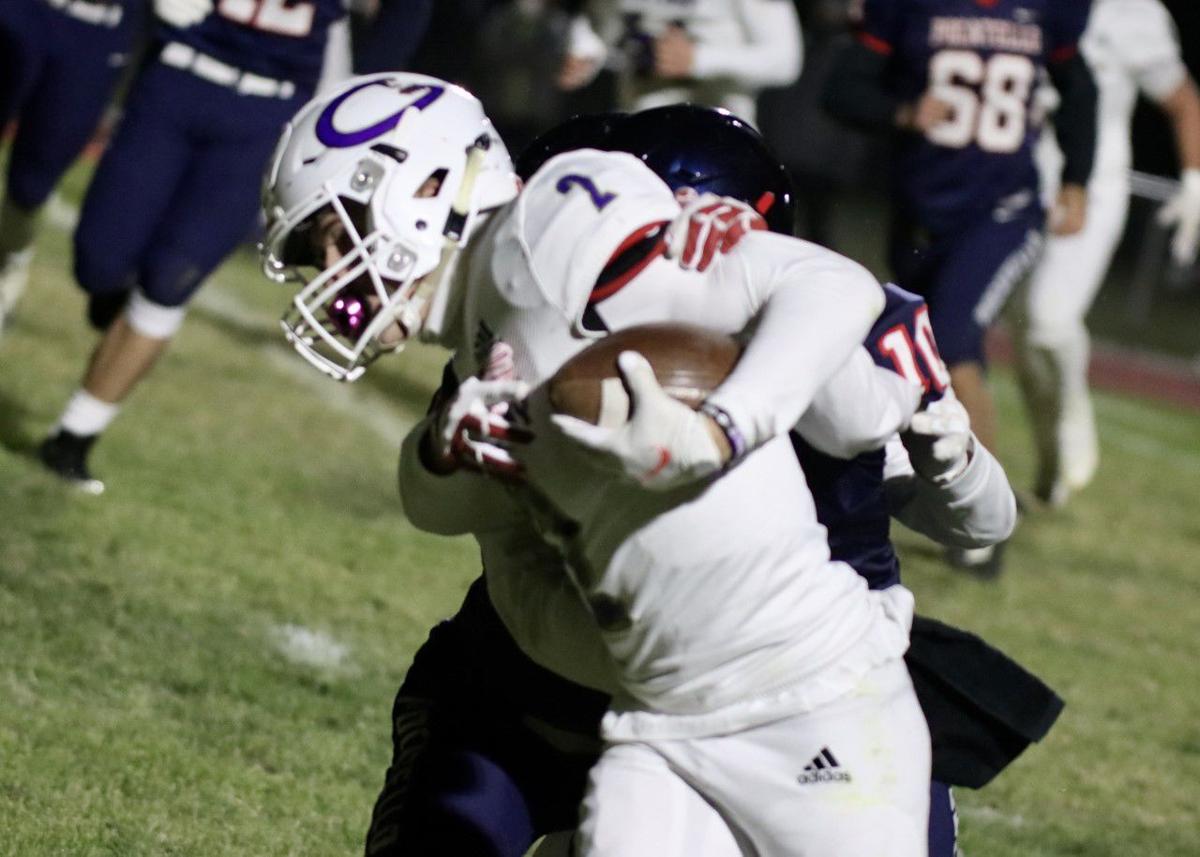 Century’s Zac Snow (2) tries to get away from a Pocatello defender during a game Friday at Iron Horse Stadium.

Century’s Zac Snow (2) tries to get away from a Pocatello defender during a game Friday at Iron Horse Stadium.

POCATELLO — Zac Snow waited for over a year to get a chance to play his old teammates.

On Friday, he made the most of that chance, scoring three first-half touchdowns to propel Century to a 28-14 win over Pocatello on a windy, cold night at Iron Horse Stadium.

The win clinched the 4A District 5 title, a top-five seed in the state in the state tournament and, of course, crosstown bragging rights for the Diamondbacks.

For Snow, a senior running back and wide receiver who sat out last season after transferring from Poky to Century, it was that much sweeter.

“It felt great to win that,” Snow said. “Especially against a team I came from, it felt good. ... It gave me motivation, honestly, going against a team that I’ve been on, and I think it gave me a boost.”

Pocatello, at 6-1, had been heading towards one of its best regular seasons in a decade going into the game, while Century had been up and down.

Many people expected the Indians to cap off their season in style. Instead, the Diamondbacks flipped the script — and in winning a third-straight district title, issued a reminder that maybe Poky’s coronation as the new 4A king in town was a bit premature.

“It’s what we expected,” Century coach Travis Hobson said. “It’s fun, exciting, but we saw this one coming. I thought we had played a tough schedule and done everything we could to prepare ourselves for a game where the stakes were high.”

The last was the headliner, as, with a minute left in the half, Century quarterback McKean Romriell handed the ball off to Drew Roberts, who pitched to Jovan Sowell, who pitched back to Romriell on the reverse flea flicker.

Despite the trickery, Pocatello had decent coverage on Snow, but he hauled in the deep ball anyway and then sprinted to the end zone.

“I’m on the record that I hate those play calls,” Hobson said. “My coaches will give me a stroke, and I’ll tell them, it’s my duty to tell you I don’t like this. But they do it, and more often than not, they call good things that work, and I have to come back and say, ‘Nice job.’”

Pocatello took advantage of one Century fumble in the second half to cut the gap to 20-14 on a short touchdown pass from Zach Park to Jaxon Williams. When Century fumbled and the Indians recovered on the ensuing kickoff, it looked like Pocatello was en route to a stirring comeback, the perfect capper to a special season.

But the Century defense forced a turnover on downs, and the Diamondbacks, starting on their own 18, rattled off an 11-play, 82-yard touchdown drive, with Roberts bulling over from the 1-yard line for a 28-14 lead early in the fourth quarter.

Pocatello had two more drives, but punted on fourth-and-6 from the 45 on the first one. With time running out and the Indians getting close to needing a miracle, Jovan Sowell stepped in front of a Park pass in the red zone for an interception to end it.

“I’m just really disappointed that we didn’t bring our best,” Pocatello coach Dave Spillett said. “Way too many mistakes. ... We just had a rough night, couldn’t get out of our own way.”

The Diamondbacks (5-3, 2-0) are expected to be the No. 3 seed in the 16-team 4A state football playoffs, although that will be confirmed Sunday when the MaxPreps rankings are updated.

Pocatello (6-2, 1-1) also has a spot in the playoffs, although the Indians’ seeding is yet to be determined.