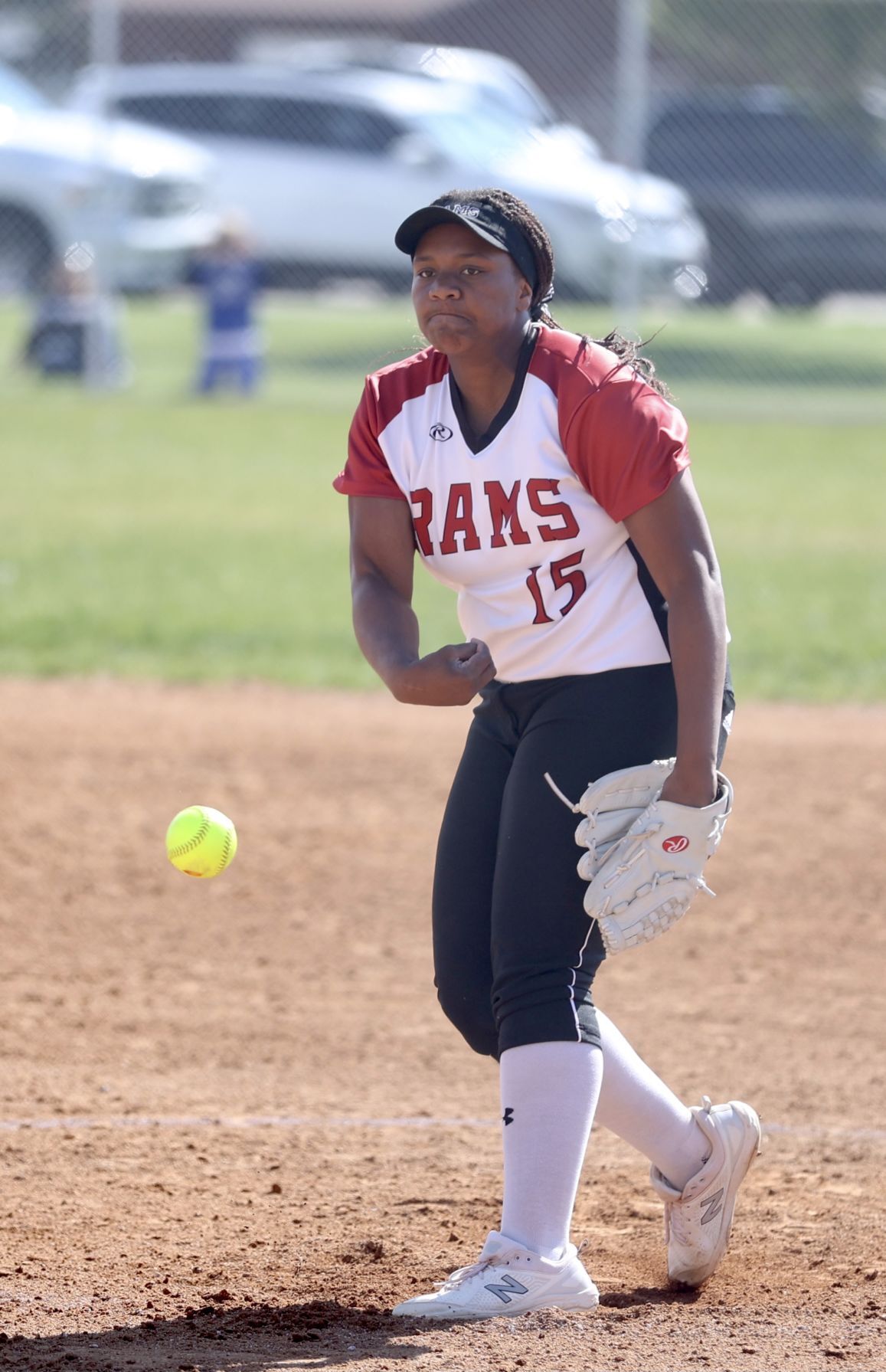 Highland sophomore pitcher Marissa Mauger hurls a pitch during the Rams’ 10-2 win over Pocatello on Tuesday. 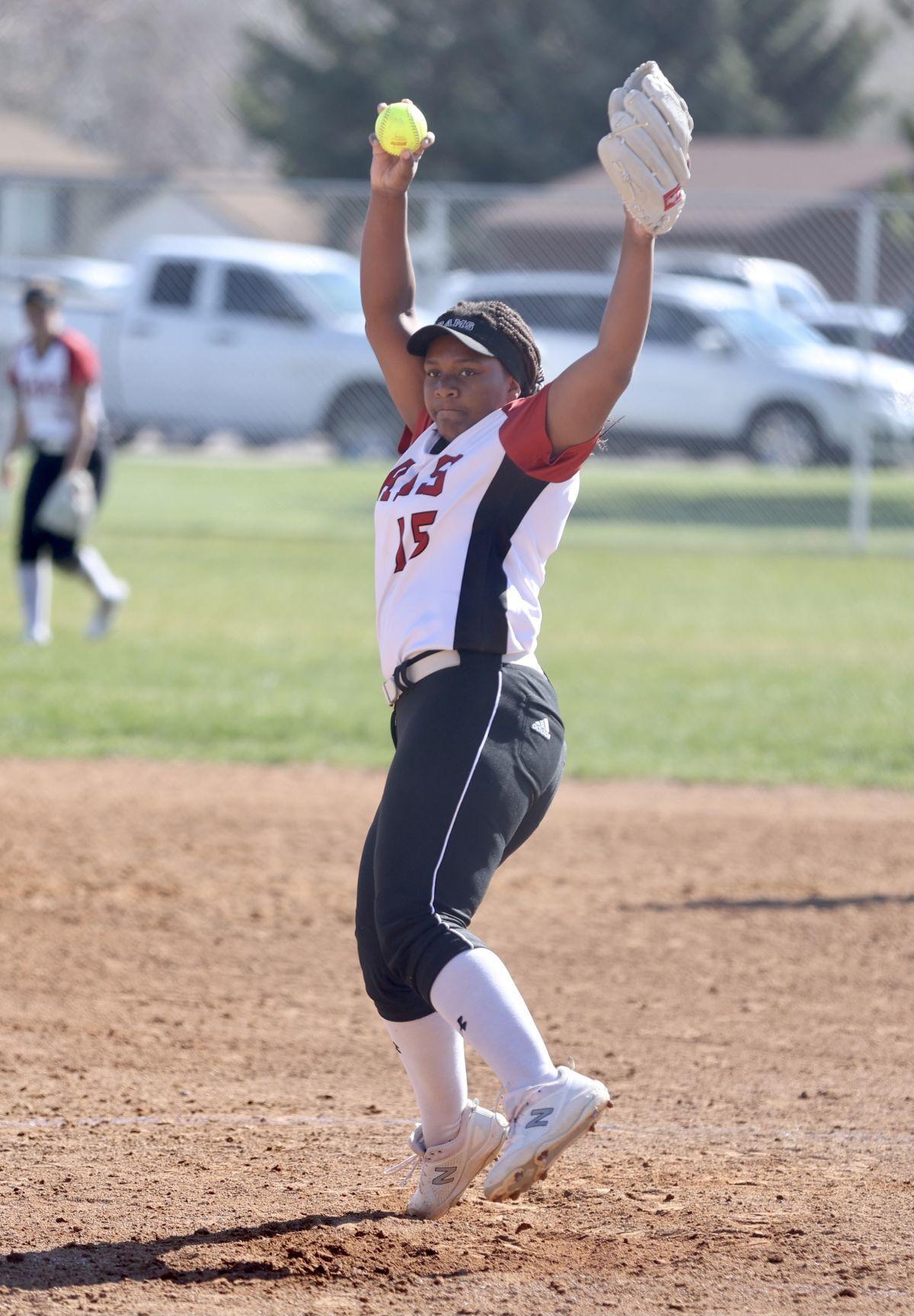 Highland sophomore pitcher Marissa Mauger hurls a pitch during the Rams' 10-2 win over Pocatello on Tuesday. 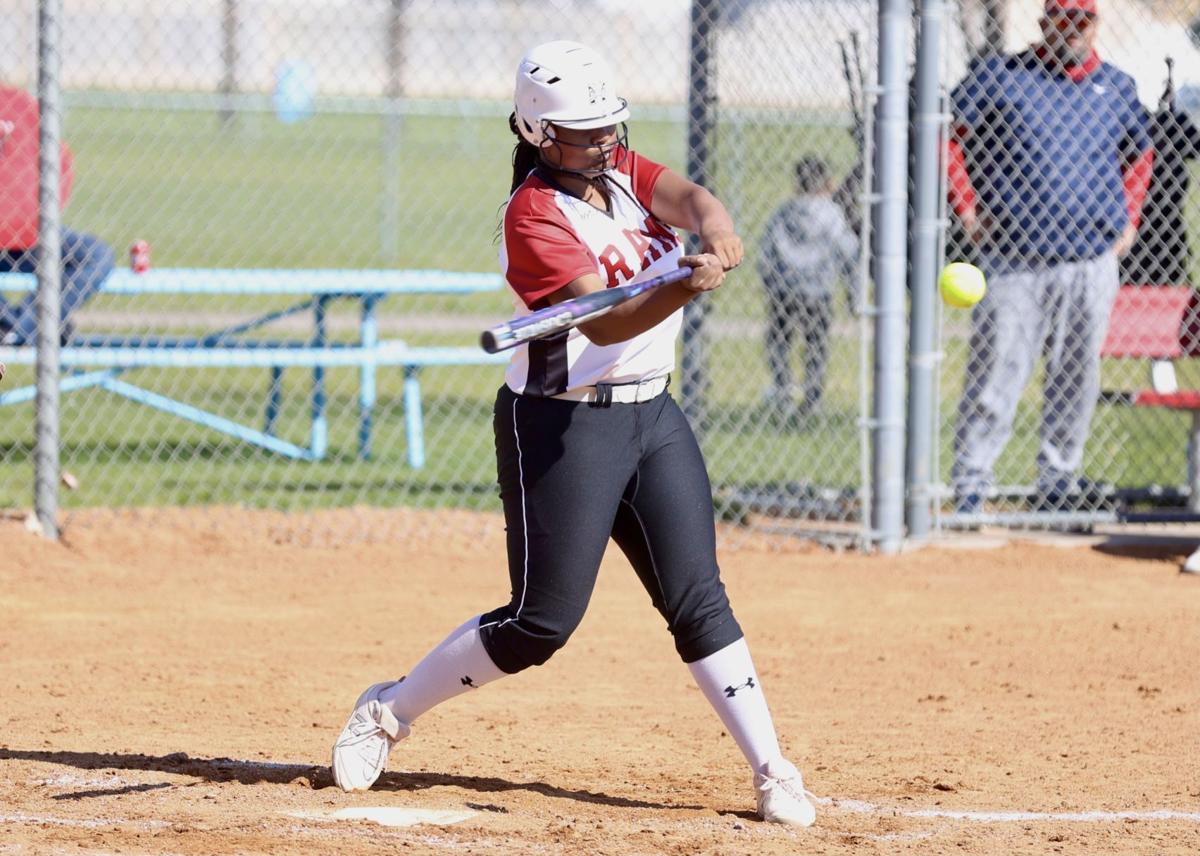 Highland sophomore Marissa Mauger has seven home runs on the season so far.

Highland sophomore pitcher Marissa Mauger hurls a pitch during the Rams’ 10-2 win over Pocatello on Tuesday.

Highland sophomore pitcher Marissa Mauger hurls a pitch during the Rams' 10-2 win over Pocatello on Tuesday.

Highland sophomore Marissa Mauger has seven home runs on the season so far.

POCATELLO – Marissa Mauger waltzed over to the thick stretch of grass across the fence from OK Ward Park’s first base line. Her red Highland backpack was still hanging on her shoulder and her brown braids were still tied together by a black-and-white-striped bow.

Rams coach Tisha Coverdell was heading to the exits, within earshot of her sophomore pitcher’s postgame interview. “That’s usually what I’m thinking about,” Mauger said, “that I need to meet my goals.”

Coverdell stopped in her tracks, flashing a delighted grin as she raised her eyebrows as if to silently say, “See, I told you so.”

Coverdell had just finished chatting about the goal board she keeps in her Highland classroom, a detailed outlook of what the Rams hope to achieve against each opponent. In their 10-2 win over Pocatello on Tuesday, there were some goals checked off and others not met because of baserunning errors and the like.

But Mauger hit her individual goal for the afternoon. Highland’s sophomore ace began the season with control issues, often giving more than a quartet of free passes a game. When she mixes her fastball, changeup and drop ball, hitters may as well be swinging with a fly swatter. But if those pitches aren’t near the strike zone, it wouldn’t matter if opponents stepped into the box empty-handed. So Mauger wanted to limit her walks, and set a goal to give up less than two against Indians. On Tuesday, she walked one batter. Goal achieved.

“She’s getting better at it. She’s growing,” Coverdell said. “For her, that’s something she needs to grow at, is handling pressure and keeping her composure, not letting her frustration show.

“She did a really good job today,” Coverdell added of Mauger’s five-inning outing in which she allowed just five hits and one earned run while fanning three.

This isn’t a new trend. Mauger has been overachieving all season. She 10-1 in the circle, racking up a 3.80 ERA while striking out 62. She’s smacked a team-high seven home runs so far, knocking in 28 runners and compiling a slash line of .429/.423/.810, which is third on the Rams behind only senior Madi VanSickle and fellow sophomore Jenna Kearns.

Kearns and Mauger make up one of the most lethal battery duos in the area. Considering they’re both sophomores who didn’t play a game in 2020, they’re laying a rock-solid foundation for the next three years of Highland softball.

And the pair has been recognized outside of just the black and white Ram uniforms. They have both attended the Fastpitch Northwest softball camps – highlighted by Mauger setting the camp’s exit velocity record with an 82-mile per hour laser in 2019 – and Mauger joined the Team Northwest travel team that travels around the region.

The tournaments are a minor part in a larger effort. Mauger wants to take softball as far as she can. Most people who play the sport say that, but they often don’t visualize the dream, don’t understand the work that it will take and then put in that work. That’s where Mauger stands out — her ability to look years down the road and understand how her impacts in the present will affect her future.

“I have high expectations for myself. I want to go to a good school – I’m striving for a DI school,” Mauger said. “I see that a lot where (kids) are like, ‘I don’t know what I want to do with my life.’ My sister (Makayla) attends Eastern Oregon University and I saw her struggle last year with COVID. She had to take the ACT and wasn’t prepared for it. And I was like, ‘I need to be prepared in case something does happen.’”

She’s not anticipating another global pandemic, just jumping ahead of all the typical things teenagers procrastinate on doing, then stress about. Mauger doesn’t want to fret. She wants to be prepared — for an ACT one moment and her softball career the next.

“I go to numerous hours of pitching camps and I’m pitching every other day or out here hitting … Me and Jenna rent (space) at the MEC and go pitch in there,” Mauger said. “(Softball) always has to be in my schedule. I, like, don’t feel good about myself if I haven’t done something softball-wise for a while.

“I have goals for myself that I need to obtain.”