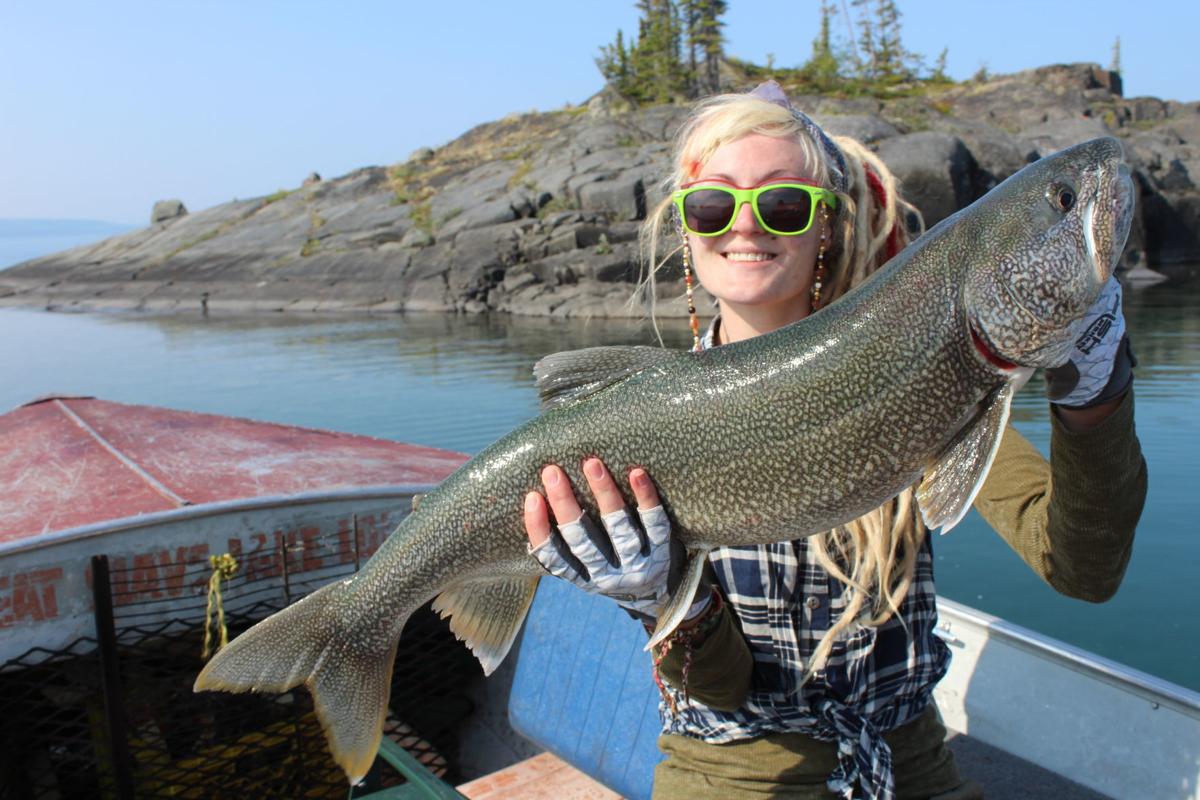 Kolby with a nice lake trout.

Kolby with a nice lake trout.

My daughter and I just got back from an awesome fishing trip at Plummer’s Arctic Lodges up in the Northwest Territories. Lorane Poersch introduced me to Chummy Plummer four or five years ago when I was conducting some seminars at the SCI Convention in Vegas. I liked Chummy right away. Lorane wanted me to do an interview with him and write an articles. So that’s how that I met him.

Chummy started guiding when he was 13 years old — and realize, this fishing isn’t on your friendly neighborhood crappie fishing lake. It is up in the Northwest Territories, which, as you can imagine, is some remote country.

Chummy’s granddad and dad Warren owned several businesses in Flin Flon, Manitoba. (Uniquely, my father-in-law fished north of Flin Flon for over 20 years and took my wife there every summer as a kid and later took me there as well.) Later they happened to fish on Great Slave Lake. They got there by a canoe and a 2 ½ horsepower motor. They fell in love with the spot and later built the Plummer’s Great Slave Lake Lodge, which is where we fished this week.

So, there’s a little history and facts. Now for the fun stuff. We flew into Yellow Knife, which is the capitol of the NWT and grabbed a room. The next morning, we jumped on a plane and got to the lodge in time for a hot breakfast. We then bought fishing licenses, met our guide and took off fishing. The whole organization is super efficient, and the staff is over-the-top friendly. Kolby and I drew Darrel Smith for our guide.

Our main target was lake trout, which is what the lake is famous for, but there were plenty of graylings and you can also find some Northerns, which I love to fish for. Of course, Kolby caught the largest Northern and lake trout.

Big spoons are popular and work well up there. I took some jigs and plastics, but they weren’t big enough. We also had good luck on a lure called a Bondy.

The lake trout fishing was unbelievable. I do not know how many we caught and at least three times had double hook-ups. Needless to say, the fishing was everything we could have hoped for.

The week before, it had been cold, which you’d expect for being up near the Arctic, but for us the weather was great — in fact, we got sunburned every day! I did not expect that but was pleasantly surprised. Of course, the mornings and evenings were cool, especially when zipping out 15 miles to our fishing holes. We used Frogg Togg Pilot Pro Jackets and Pilot Pro Bibs to block the wind. Then to keep warm under the Frogg Toggs we wore XGO base layers. We had originally taken some Fish Monkey Pro 365 Guide Gloves to protect our hands while fighting and handling big fish, but a side blessing was that they also helped keep our hands warm while zipping around in the boat and protected us from getting sun burned.

Canadian shore lunches are legendary as discussed in a previous article.

They say it gets dark two hours per day this time of year, but that was long after I went to bed, so I never saw it. Needless to say, you could fish yourself to death. Some kids caught plenty of graylings off the dock. In fact, one kid was fighting a grayling and a lake trout crashed the party and spooled him.

I could talk about the trip forever. Seeing a big gray wolf on the bank that sprawled out and looked at us. Or one of the other groups saw some musk ox. But to summarize, if you want to catch a boatload of fish, check out Plummer’s Lodges. It was a great father-daughter bonding time. We discussed and solved a lot of the world’s problems!

More information can be found at plummerslodges.com.