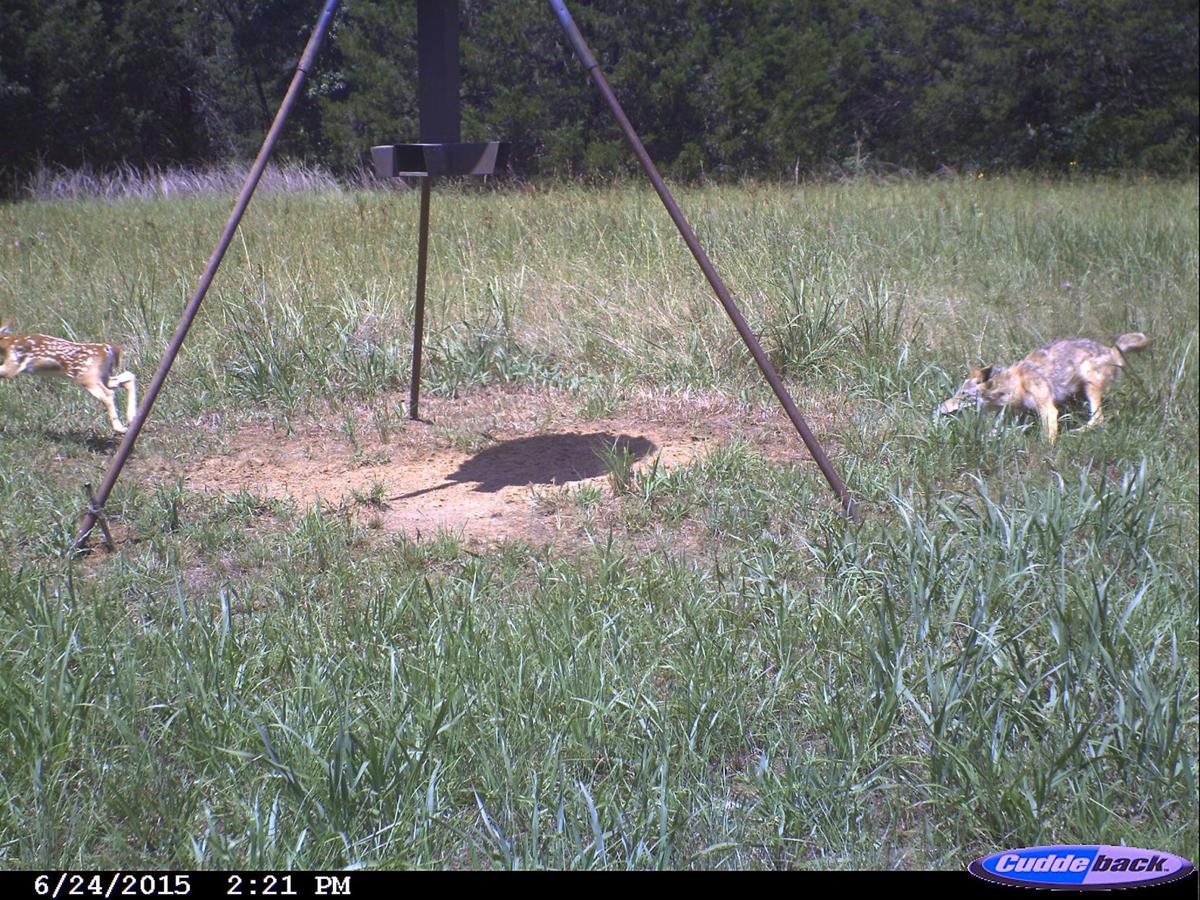 If you manage the coyotes, you will help to greatly increase the antelope and deer herds.
1 of 2

If you manage the coyotes, you will help to greatly increase the antelope and deer herds.

It’s winter so you might as well put away your rifles and curl up and die. All is lost, right? No! One of the finest hunting opportunities is in full blast right now. You may ask what? Varmint hunting! Varmint hunting can provide for some fast pace shooting. If you’ve never done it, you need to.

You may ask, where should I hunt them? One time I was driving to Boise to conduct a varmint hunting seminar at Cabela’s. As I was about to get on the freeway, I looked off to my right and there was a coyote working a fence line right in town. Unbelievable.

So to answer your question as to where to find them — almost anywhere. I’ve always said if the communists dropped an H-bomb on America, the only two things that would survive (and probably thrive) are cockroaches and coyotes.

Yes, you can occasionally pick up a coyote just driving around, but we want to talk about targeting them. To really be efficient you need an electronic call. You can set one out 40 yards from you and run it by a remote control. That way when they come in, they’re focused on the call and not you.

You also need to use decoys. They hear a lot of commotion, come running in and then whoa! Something is weird. They don’t see any other animals. You’ll want to use an electronic waggler type of decoy. It is basically a wire that flips around with a white rag tied to the end of it. They work great. I also like to use a coyote and rabbit decoy from Montana Decoys. You might also want to use a deer or antelope decoy since both are around the Limon area. I’d recommend tying a small rag on their tail to look like a tail moving in the wind.

You’ll need somewhere to hide. You can duck behind a fence row, brush pile or a lot of times I’ll carry a piece of camo’d burlap and lay it over two sage bushes. Or I also like the Ameristep Throwdown blinds. They set up in a C-shape and are super lightweight.

Coyotes will always approach and then circle downwind so you’ll want to use a cover scent. My brother-in-law carries a roll of toilet paper in a coffee can soaked in skunk scent and sets it downwind of us. All I can say is you better make sure that it is downwind!

What kind of guns should you use? In the old days you wanted a bolt action .223 but now, AR .223’s are super popular. And for good reason. They allow you to take fast follow up shots. A lot of times more than one will come in.

If there are two or more of us, I make someone carry a shotgun. Get a Trulock full choke and use HEVI-Shot Dead Coyote loads. Years ago, their marketing manager told me that she rolled a coyote DOA at 70 yards. After using them, I don’t doubt it. They are deadly.

Everyone is on a budget so if you can’t afford an electronic call, hand calls still work, too. Sixty years ago that is all that we had.

It works best to call early morning and at dusk but night hunting is magical. We’ll talk about that next week. So don’t set around shelling out your hard earned money for counseling fees because it is winter and you’re depressed. Grab your rifle and a call and go whack some coyotes! They have some cool pelts and you’ll help the antelope and deer herds.