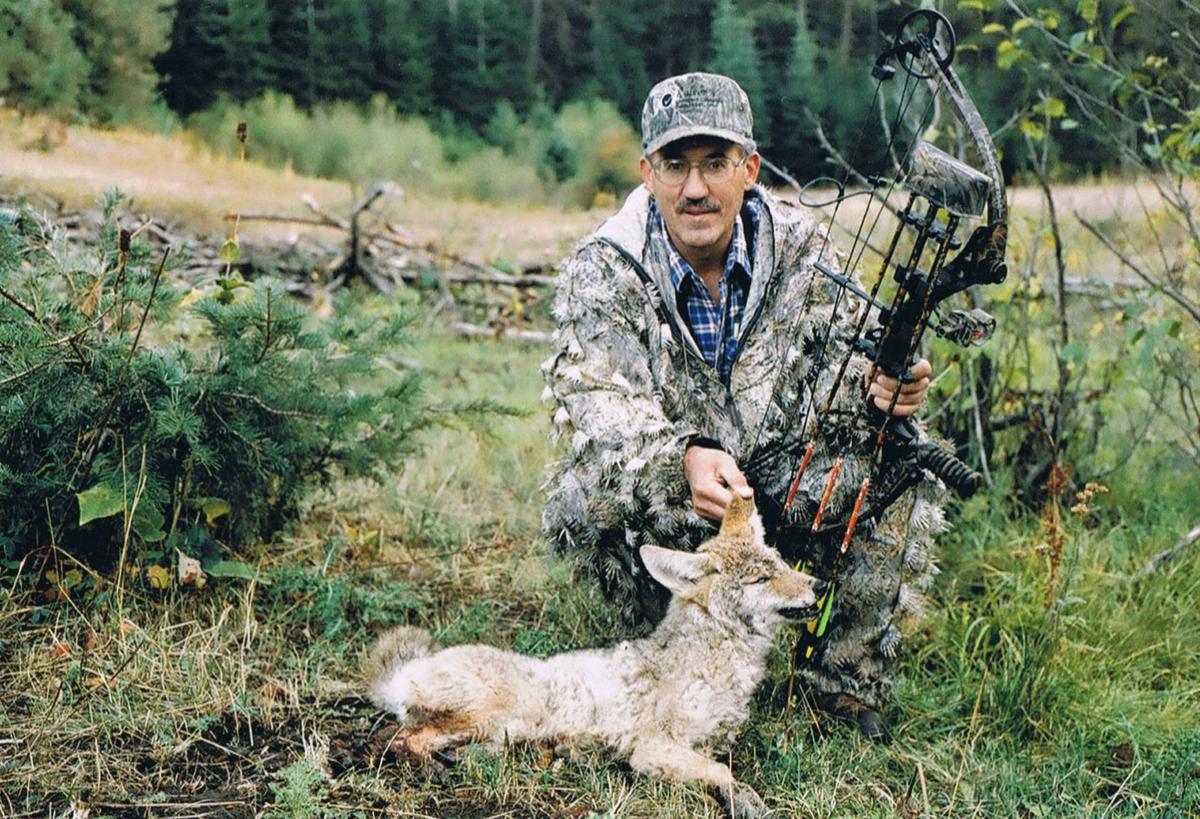 Last week we tackled part 1 of varmint hunting. This week, I want to follow up with part 2.

Varmint hunting has a cult-like following so I won’t be able to do it justice in two short articles, but hopefully it’s enough info to help get you jump started. This week, let’s try to cover the loose ends.

Last week, I briefly said that night hunting was magical, and it is. That’s a varmint’s primo feeding time.

If you plan on hunting varmints at night in multiple states, check each state’s regs as they can vary wildly.

There are a million options now for lights. In the old days, we’d call and then the spotter would run a strong flashlight/spotlight beam in a circle around your feet and try to pick up the glint of any approaching eyes. You can also run it on the skyline.

If there are any eyes, the shooter gets ready and then tells the light man to drop the light. You’ll have a couple seconds to take a shot before he bolts. Bobcats will many times close their eyes and you can lose them.

Years ago, hunters discovered that a red or green light is not as visible to animals so many started using colored spotting lights. Which is why SneakyHunter BootLamps uses colored lights on their BootLamps.

There is now available a plethora of lights for spotlighting. Most are some variation of a flashlight that attaches to your rifle or shotgun. Some have a cord with a button and some you just have to hit the switch just like on any flashlight.

Some of the coolest ones are the Crimson Trace laser lights. I’ve got a few of them and if I remember correctly, the beam can reach out something like 200 to 250 yards. CT sells 50 percent of all laser sights sold.

The best way to mount your night lighting system is to use a Picatinny rail — which most ARs have and you can add on additional ones.

But the most awesome way to hunt at night is with thermal-imaging gear. Last spring, Texas Outdoor Journal publisher Bill Olson and I hog hunted with Clifford of Third Coast Thermal in Texas.

I’m sure that you have watched sniper war movies where the sniper is looking through a thermal imaging scope and it looks like the terrorists are green goblins coming in. That is exactly how it is. There are two kinds of night lighting that most people clump in this family. They are actually different, though.

You have thermal imaging that picks up heat, and light-gathering scopes that pick up all of the light.

Here’s the cool thing that I love about thermal imaging. I dropped two hogs back to back and even with them laying in some semi-tall grass, I could see them because of their body heat. I put down the rifle and picked up my Riton Optics binoculars and even though they were out by a Slow Glow lighting system, I couldn’t see them due to them being in the grass but with the thermal imaging I could.

If you have the money, thermal imaging is awesome.

Clifford loaned me one of his .308s with a suppressor, which allowed for fast follow-up shots. That kind of hunting could quickly become addictive.

If you want to get a super-cool pelt, then you need to harvest a bobcat. Their pelts are strikingly beautiful. Calling at night is the best time to call cats, but on a trip once, Bill and I called in two cats in the daylight and only one at night. So you can for sure call them in the day; it’s just usually better at night.

Cats like a lot of busy noises like chirping birds. They also like a lot of busy movement light a waggler type of attractant decoy. You don’t have to worry about covering your smell like you do when calling coyotes but you do need to conceal your movement.

Another fun animal to call is raccoons. They’ll usually come in pretty easy and many times multiple ones at once. A .22 mag works fine on them. I want to take my Henry’s lever action .22 mag spotlighting some night. That’d be cool. And foxes come in easily as well.

So just because we’re in the dead of winter it doesn’t mean that all is lost in the hunting world. In fact, right now is primo varmint-hunting time. Get out and have a little fun and at the same time help the antelope, deer and elk herds.