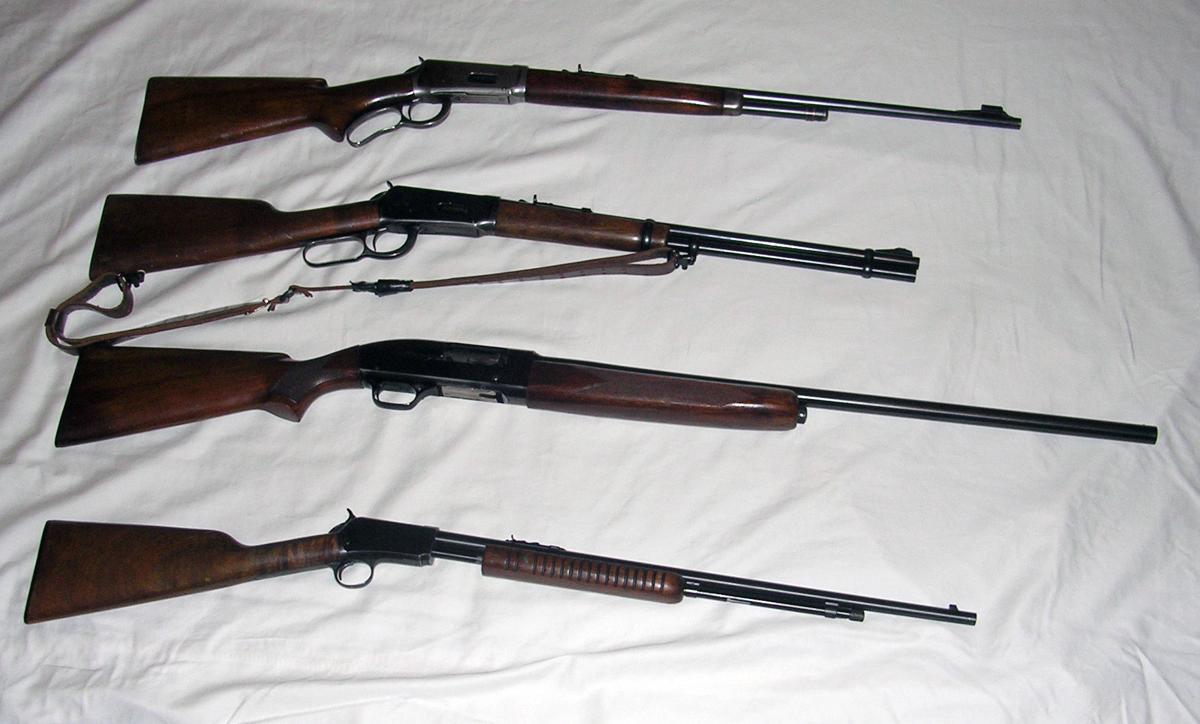 In 1855, a clothing manufacturer named Oliver Winchester became the largest stockholder of the Volcanic Repeating Arms Company, which was developing the Volcanic Lever Action Rifle.

The rifle had only limited success and the company fell into bankruptcy. Oliver Winchester and his partner, John M. Davies, purchased the company’s assets and reorganized it as the New Haven Arms Company in April 1857.

With the help of Benjamin Henry, the New Haven Arms Company developed the .44 Henry round and a lever-action rifle loosely based on the Volcanic that could use the new round. It retained only the general form of the breech mechanism and the tubular magazine.

Thus, the Henry rifle of 1860 was born and was used by some Union army units in the Civil War. The Henry rifle ensured success for New Haven Arms and established the lever-action repeater in the firearms market.

In 1866, a dispute between Henry and Winchester over compensation prompted Winchester to reorganize New Haven Arms again into the Winchester Repeating Arms Company. Winchester completely redesigned and improved the Henry rifle design, creating the 1866 Winchester rifle, which fired the same .44 caliber cartridge but had an improved magazine and loading gate.

Oliver Winchester and his son didn’t live to see the 1886 rifle’s introduction as Oliver died in December 1880 and his son died four months later.

During World War II, an eight-man team designed the U.S. M1 Carbine, produced the M1 Garand and was the first manufacturer of the M14 Rifle.

After WWII, Winchester started having financial difficulties, and by the 1960s, the cost of skilled labor was making it unprofitable to produce Winchester’s classic designs, as they required considerable handwork to finish.

Although the Model 70 rifle in various calibers was one of America’s favorite hunting rifles and several of their shotguns were well-received, lever-action rifles with tubular magazines required bullets that were blunt enough not to set off the primer of the cartridge in front of them in the tubular magazine during firing. American hunters were starting to favor bolt-action rifles that fired longer, more streamlined bullets.

The Model 94 Winchester lever-action rifle in .30-30, which came out in 1895 and was the first Winchester smokeless powder cartridge, sold well into the 1950s and ‘60s, earning the distinction of America’s favorite deer rifle for the first half of the 1900s.

On Jan. 16, 2006, Winchester announced it was closing its plant New Haven, Connecticut where Winchester rifles and shotguns had been produced for over 140 years.

On Aug. 15, 2006, the Olin Corporation, the owner of the Winchester trademark, announced that it had entered into a new license agreement with Browning to make Winchester brand rifles and shotguns.

I feel fortunate to have three Winchester rifles and a shotgun that were produced between 1935 and 1955. A company that has been manufacturing rifles and shotguns for 151 years has got to be doing a lot of things right.