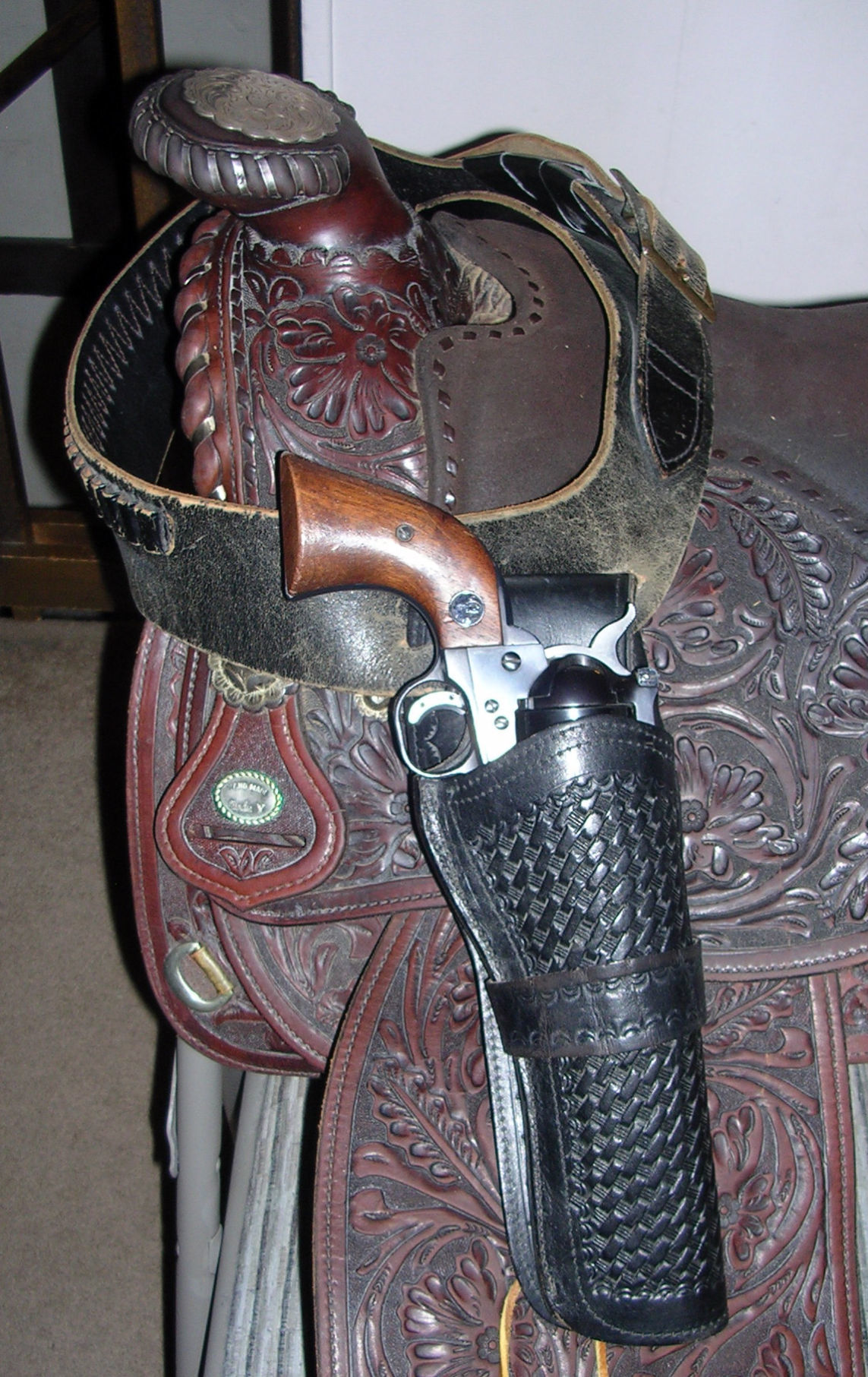 During fast draw, experienced shooters say that "slow is smooth, and smooth is fast."

During fast draw, experienced shooters say that "slow is smooth, and smooth is fast."

When I was about 8 years old, I received two Fanner 50s and a double holster set for Christmas. The Fanner 50 was a Mattel toy Colt single-action revolver with an enlarged hammer spur for practicing fast draw and playing the part of a dangerous gunfighter.

Those toy guns got me interested in fast draw at an early age, and I read everything I could get my hands on about fast draw, point shooting and correct technique.

By the time I was 13 years old, I was certainly the fastest kid on the block with toy single-action revolvers. I was also faster than the quick-draw machines at Lagoon’s Western town north of Salt Lake City and county fairs in the late 1950s and early 1960s.

Although I never lost my interest in fast draw and the gunfighter period of the mid- to late 1800s, I never practiced fast draw with a real single-action revolver and ammunition until about 1967. Even then, I started out real slow to avoid any stupid mistakes because I was learning from some very experienced shooters that “slow is smooth, and smooth is fast.”

That is still a tough question to answer with any certainty because the actual speed of the draw wasn’t really measured until technology made it possible to record the speed of a draw and accurate placement of one or two shots. During the 1800s, the guy that walked away from the gun fight was considered faster than the guy who lay sprawled in the street afterward.

However, gunfighters in the Old West weren’t always willing to simply meet in the street and risk getting shot by someone who was faster, making most gunfights anything but fair fights.

One of the most famous fair fights occurred in Texas, when Luke Short and the Kingfisher met in the street in front of the Kingfisher’s saloon. Both men went for their pistols and Luke Short fired first, blowing the Kingfishers thumb off so he couldn’t cock his revolver.

While the Kingfisher was trying to cock his revolver with his left hand, Luke took the time to place another shot where it really counted and ended the fight.

Although the speed of his draw and first accurate shot was never recorded, I think the Old West gunfighter who may have been the fastest of his time in the 1870s and 1880s was a mysterious fellow named Dave Mather.

Mather was actually an outlaw in Missouri and Arkansas, but was a lawman in New Mexico for a brief period of time. In his role as a lawman, he went to the local saloon to arrest three men who were shooting up the saloon before they killed someone. As he walked through the entrance to the saloon, the three men turned and tried to shoot him. Mather drew and shot all three dead before any of them could fire.

Shortly after this incident, Mather seemingly disappeared and was never heard from again. In about 1900, there was a report that he had ended up in Canada and had been a member of the Royal Canadian Mounted Police. However, that report has never been verified so it is simply an interesting report, but no one I’m aware of really knows what happened to him after he left his law enforcement duties in New Mexico.

In the early 1900s, Ed McGivern, who was born in 1874, was an exhibition shooter who accomplished some incredible feats with double-action revolvers, among them, shooting five shots from a .38 caliber revolver at 15 feet in 45/100ths of a second and covering the group on the target with his hand.

Ed was primarily interested in firearms for police work and researching the boundaries of human performance and in eye/hand coordination in relation to fast multiple shots. He was apparently able to draw quickly, but his speed in relation to drawing his gun was not his focus in his exhibitions.

Bill Jordan, a U.S Border Patrol officer and author of “No Second Place Winner,” could draw, fire and hit his target in 0.27 of a second. The target was a dinner-sized paper plate and the range was usually 25 feet. Jordan was active in law enforcement and wrote articles for gun magazines until the early 1970s. He died in 1987 at the age of 85.

By the 1950s, fast draw was a sport that many enjoyed competing in with single-action revolvers. During the 1970s and 1980s, Bob Mundun was known as the fastest gun alive, with a claimed 0.15 second draw, fire time and accurately placing a hit on the target, as well as 18 world records in fast draw.

There has been some controversy as to Mundun’s 0.15 seconds time, but fortunately his draw has been preserved in an action film on the internet. Just type in and click on Bob Mundun and watch the film and see what you think.

Just remember if you decide to try fast draw yourself, “slow is smooth, and smooth is fast.” Stay safe, pardner.