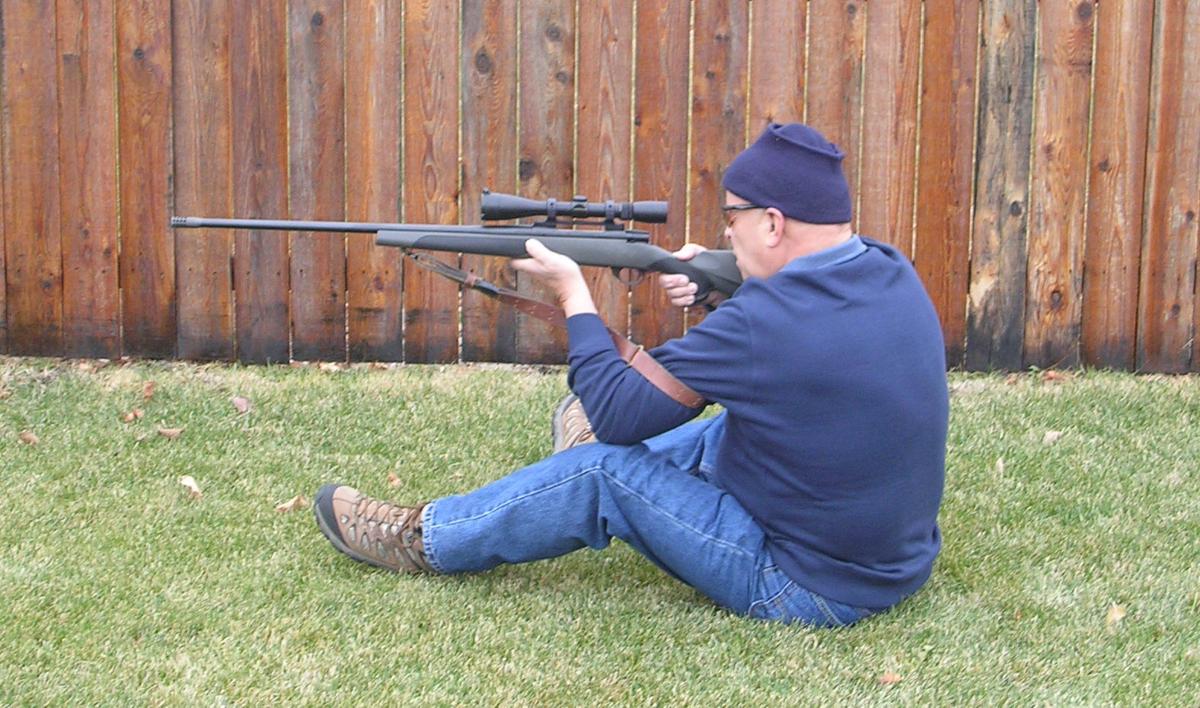 If you are going to shoot a powerful rifle, place the butt of the gun firmly against your shoulder and keep your head high.

If you are going to shoot a powerful rifle, place the butt of the gun firmly against your shoulder and keep your head high.

I have a grandson who has a pretty good job in Williston, North Dakota. He is currently in training to become the manager of a store his company is opening in a town not too far from Williston and his parents.

My grandson loves the Rocky Mountain Northwest, and from time to time, just has to come back to Idaho to visit for a week or so.

The last time he visited us, I invited him to accompany me to the shooting range while I sighted in my .30-06 and .300 Weatherby magnum. I also offered to take an AR-15, which he enjoys shooting. So after he decided what handguns and rifles he wanted to shoot, we loaded them in the truck and headed for the shooting range off of 2 1/2 Mile Road just east of Chubbuck.

We took over two shooting stations next to each other on the 350-yard range and spent about a half hour shooting before I had several groups with the .30-06 and .300 Weatherby that I felt pretty good about.

My grandson was just finishing up shooting the AR-15, so I asked him if he would like to shoot the .30-06 and the .300 Weatherby now that I had them sighted in. He shot the .30-06, but refused to go anywhere near the Weatherby. He said it was too loud, even though he had ear protection, and it kicked too hard.

I wasn’t too surprised at his answer. He went shooting with me a lot when he was growing up in Pocatello and always refused my efforts to teach him how to shoot the .300 Weatherby without having the recoil hurt him.

The basics of shooting a rifle properly are pretty much the same regardless of the caliber. The problem lies in the fact that up to a certain point, one can stray from the basics a little without suffering sore shoulders and cheek bones because of recoil.

I was 16 years old the first time I fired a .300 Weatherby and it was a real jolt, mostly to my cheekbone. However, like a true cowboy who was used to taking hard hits, I simply said, “Wow, I gotta get me one of these.” My father responded, “Not until you can buy it yourself and we review the basics of proper shooting form.”

I’m still not sure which part of the basics of proper shooting form I forgot that day, but I had a sore shoulder, a bruised face and a headache after the shot. Because of what hurt, I now have a pretty good idea what I did wrong and I have reviewed the proper shooting form. The next time I fired a .300 Weatherby Magnum, there was no hard hit to the shoulder and my face was just fine.

If you are going to shoot the .300 Winchester Magnum, the .300 Weatherby Magnum, the .338 Winchester Magnum, the .340 Weatherby Magnum or the .375 H&H Magnum, you really need to stick to the proper form. Place the butt of the rifle firm against your shoulder so the butt is anchored and has nowhere to go during firing. Keep your head high as you look at the sights or through the telescopic sight, so that the upward and backward recoil doesn’t catch your cheekbone, and use the sling on your supporting arm to minimize the upward rise of the barrel and comb of the stock.

If you are going to shoot rifles in the .375 Weatherby to .460 Weatherby class, which includes old African favorites like the Nitro Express calibers and the Rigby calibers, and the Jefferys, the same basic shooting form should be used, but prepare yourself to take a hit or at least a really hard shove, even with perfect shooting form. These calibers produce 70 to over 120 foot-pounds of recoil energy.

There really isn’t a good reason to shoot most of the popular African calibers while hunting in North America, the .375 H&H Magnum being a notable exception. Most of them are designed as dangerous big-game stoppers at 100 yards or less, have poor ballistic performance at the distances deer and elk are often encountered and they are unnecessarily wicked recoiling rifles.

Still, if you are like me, you just have to try one out if the opportunity presents itself. Besides, you don’t have to do it again if you feel like you were just in a head-on collision and decide once is enough.