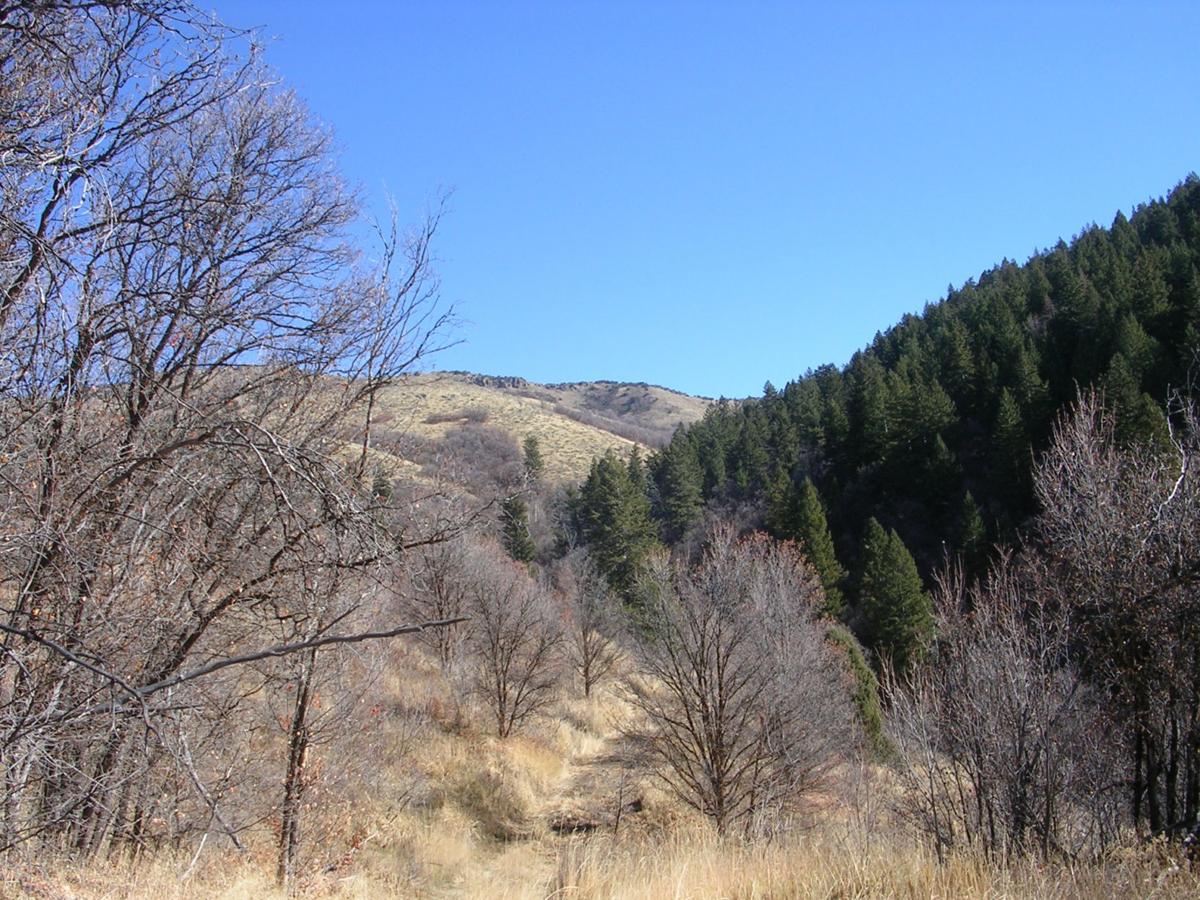 I spend a lot of time in the mountains carrying a small backpack full of essentials I might need, as well as a rifle, during hunting season.

I spend a lot of time in the mountains carrying a small backpack full of essentials I might need, as well as a rifle, during hunting season.

I was able to get my pickup all the way to the end of a jeep trail. Normally, we have to wait until mid-May before we can get into the area.

This is an area where I like to camp, hike up and then travel around the mountain starting as early as possible each year. I like to see the scenery, the wildlife and to get myself in shape during the spring and summer in preparation for the hunting season in the fall.

As I have grown older, I’ve found that staying in shape year-round is a lot easier than having to try to get in shape each spring. Still, muscle endurance for hiking is best maintained by hiking. That isn’t really news to those of us who believe in activity-specific exercise.

I spend a lot of time in the mountains carrying a small backpack full of essentials I might need, as well as a rifle, during hunting season. I also spend as much time as possible during the spring and summer hiking with the same equipment.

I have always enjoyed the serenity, isolation and beauty of the mountains I grew up with in Idaho. I really missed trips to the mountains during the 25 years I spent in Texas.

The Idaho mountains in the Challis area, the Little Lost River area, Soda Springs, Wolverine Canyon by Blackfoot and the mountains around Pocatello and Arbon Valley are where I grew up hunting with my father, uncles and friends.

I still like to visit those areas when I’m hunting or in those areas for other reasons, such as taking Boy Scouts on camping trips or a high-adventure program.

When I was about 16 years old, my father bought some mountain property about 45 minutes from Pocatello and that is where I go hiking and camping most often to stay in condition for hiking during the hunting season. The area is a mixture of private property, BLM land and Forest Service land.

The Idaho Department of Fish and Game has convinced most of the landowners in the area to sign on to the Access Yes hunting program during the last few years, but that may have changed. I have seen several signs warning of grave consequences to trespassers and hunters in areas where hunters were allowed previously.

It may be that a couple of cabins exist and are pretty hidden unless one walks within a few yards of them, or possibly irresponsible hunters have convinced landowners to put up no trespassing signs. At any rate, I’ll have to talk to the landowners to see if I can hunt on all the land I previously was able hunt on in that area.

I know the landowners reasonably well, and they know my family has land close to theirs. They are good people, but obviously have some serious concerns. I do know that most of them have livestock they are concerned about and have had trespassers leave gates open, leave trash in camping areas where they are not allowed to camp and have driven vehicles through creeks to get around locked gates.

So far I haven’t encountered any animosity from any of them when I drive into my family’s property, and hunting on the BLM and Forest Service property shouldn’t be a problem. However, two locked gates must be opened on my way to my family’s property. I have keys to those gates, but those who don’t, may not find the landowners very understanding if they trespass.

So my plan is to keep going to my family’s property to camp and hike and to talk to the other landowners to make sure I understand their concerns before hunting in the area again.