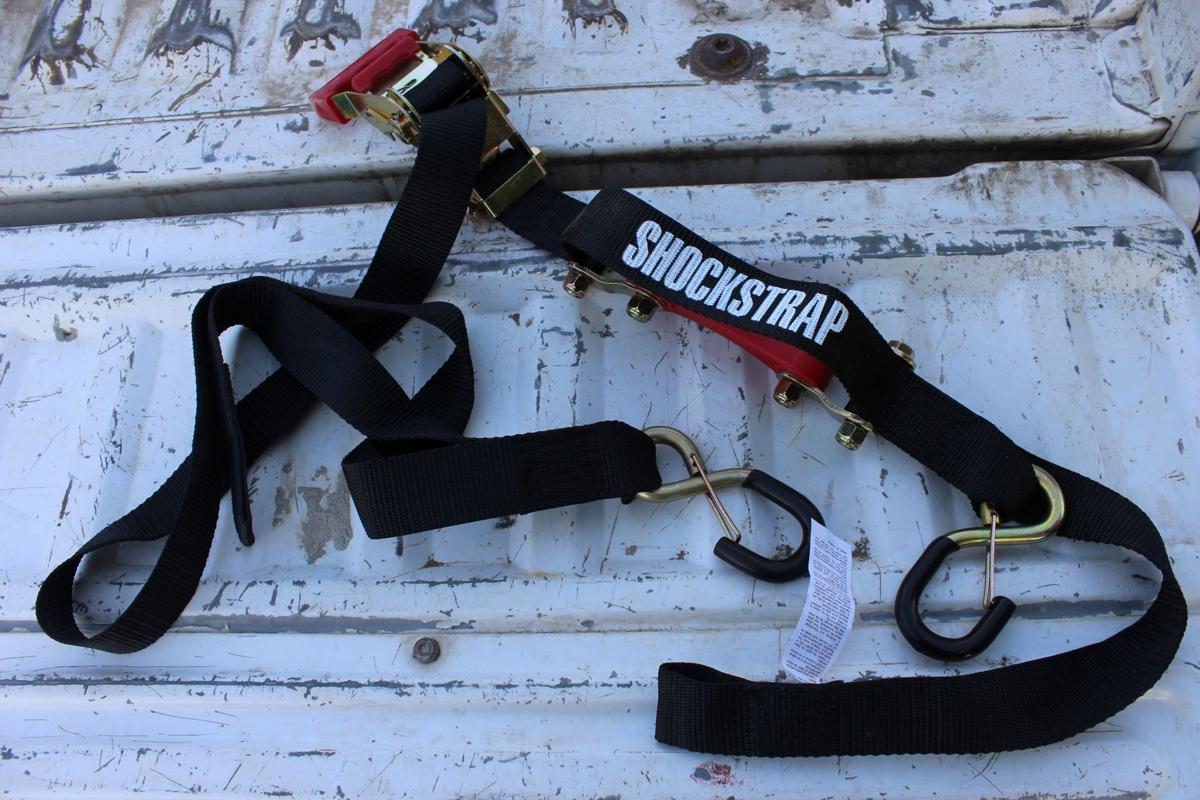 While conducting seminars at the Dallas Safari Club Expo last year, between seminars I was walking the aisles at the show and noticed a booth that had some stout looking straps called ShockStraps. Everyone in the outdoor world uses straps, don’t they? Whether it’s strapping down our four-wheelers, snowmobiles, boats or a load of firewood.

My wife calls me the eternal tightwad. I tell her I’m not tight, I’m just thrifty, but I learned a long time ago that you don’t want to scrimp on the quality of your straps. Too much bad stuff can happen if they malfunction. What if a load of firewood or a four-wheeler flipped out of the back of your truck into oncoming traffic? Someone is going to get hurt or die. You don’t want that. So don’t buy cheap straps.

When I saw the ShockStrap booth and looked at their product, I knew that I had found the ultimate strap. Over the years, I’ve gravitated from buying cheap gear to better/more durable gear. Not only does cheap gear not last, it will also malfunction and leave you stranded.

I don’t know how many times I’ve lost a strap while hauling my four-wheeler. I always strap it down with four straps but nearly always lose one so I got in the habit of tying the tail off to the trailer.

ShockStrap incorporated what they call a safety strap, which helps tie your load down tight. It has two purposes:

The breaking strength is over 3,000 pounds. The military-grade ratchet has an outside release for ease of use even with gloves on. It is bolted on so you can replace it in the future if you wear out your straps. I like this feature. On many of the cheaper straps, it is a race to see if the straps or the ratchet part wears out first. It also has a two-year warranty, which is higher than any other tie downs that I have ever purchased.

On the end of the tail of the strap past the hook is a loop. This lets you use the soft loop when the hook won’t fit around your desired tie off point so that you can wrap the strap around a corner post or piece of equipment and place the loop in the hook to tie it off. Ingenious idea. The hooks also have retention clips to keep the hooks from coming off.

The ShockStrap maintains constant pressure on the strap so when hitting bumps or having side pressure applied to it. You won’t be pulling over every 50 miles to retighten your straps.

Amazingly for a heavy-duty tie down made in America, the MSRP is only $45.99.