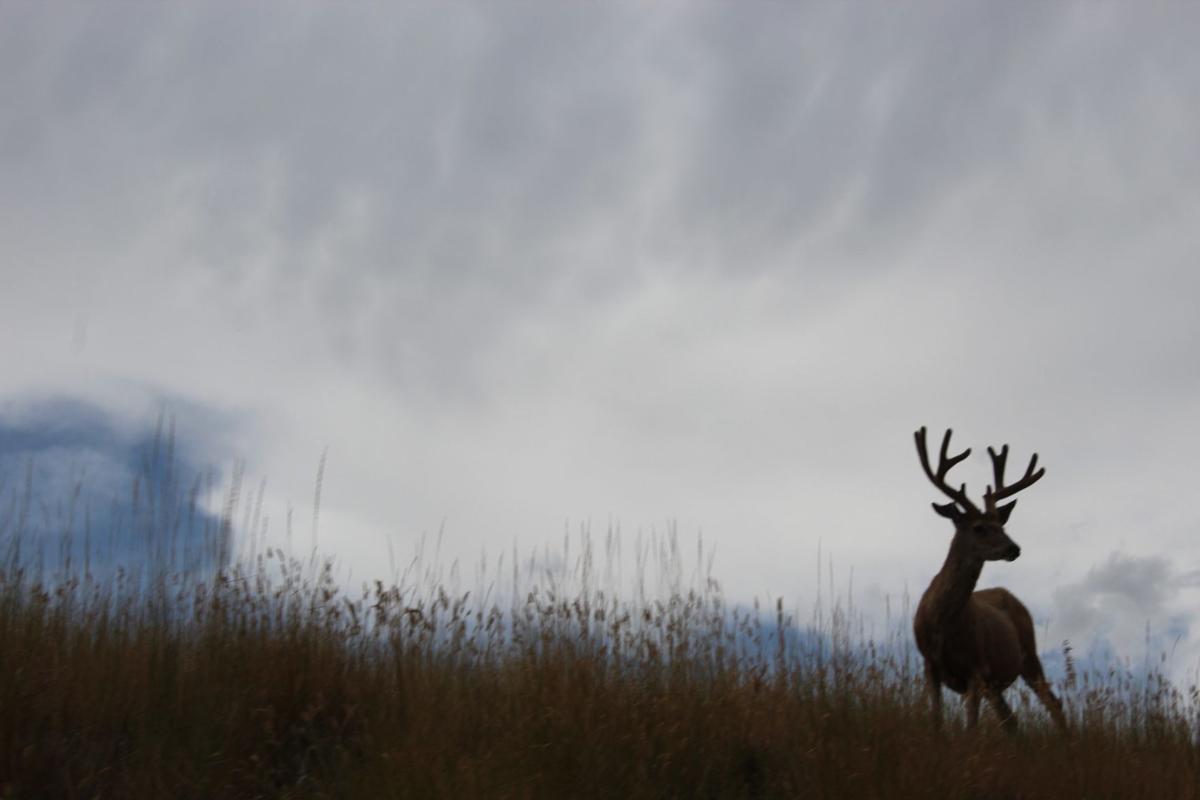 Going hunting this year? The more you scout, the more successful you will be.

Going hunting this year? The more you scout, the more successful you will be.

I decided years ago that the people who get a bull or buck every year scout. And I don’t mean a little. They scout a lot. And therein lies the problem for most of us. The ones who don’t scout enough usually fall into two categories.

I’m definitely in this category. I’m not an expert at anything because I like to do it all. I have a buddy and all that he does is fly fish. I love fly fishing but I’ll never be as good as him because that is all he does., year-round. Read my articles. You see what I do. Spring it is mushroom, bear, whistle pig and turkey hunting, bowfishing and crappie fishing.

Then it’s strictly crappie fishing and then backpacking/fly fishing and picking huckleberries.

Then bow hunting and on and on it goes. So if you’re like me, it’s hard to dedicate three to four weekends to strictly scouting. I know that I should. But we live in Idaho. There is too much to do. I still want to do four to six more crappie trips, one to two more backpacking... You get my drift. Because of all of the opportunities there are just too many voices screaming for our time. So this is one big reason we don’t scout as much as we should.

There are some people that are rich and have unlimited time off, but as a whole most of us have precious little free time. For the last 43 years, I’ve worked 10 to 12 hours a day. Most of you readers have one to four weeks of vacation. If you have a growing family, you’re lucky if you get to take one week of vacation to hunt.

You sure can’t justify taking one to two more weeks to go scouting.

You have to (and want to) take vacation with your family. So unfortunately, for many of us the first one to three days of our hunt (if you’re lucky enough to hunt for one week solid) is spent scouting more than hunting. The first elk that I ever got we moved camp twice before we got into them.

And the above scenario is why a lot of people hire guides. And guides are a great option if you can afford them. But that’s not an option for many of us.

So with all of the above said, there are a lot of underlying reasons as to why we don’t scout as much as we should. I know. I get it. I live in the same world that you do. All that I’m saying, is that the more you scout, the more successful you will be. If you can only scout for a Saturday, then so be it. If you’re lucky and can scout for four weekends prior to your hunt, that’s better. But whatever boat you’re in, let’s get into scouting.

First off, you don’t want to start scouting in April, the elk and deer are in their wintering grounds. They may migrate out 5 to 15 miles by October. You probably ought to wait to do your scouting until July and hitting it hard in August is actually the best.

If you draw a special tag, spend time scouting. Especially if It’s a once-in-a-lifetime draw. I’ve only been successful in drawing three tags. A bull moose, cow moose and an antelope tag. A moose is a once-in-a-lifetime deal so you want to give it full attention. The good deal on my moose tag was, I had something like two to three months to hunt. So I could hunt while scouting. But most hunts may only be a week so you need to scout beforehand.

So how do you scout? Let’s go over my antelope scouting deal. Ugh, it started off rough. Katy and I were going to go scouting but the four-wheeler wouldn’t start so I threw a chain on it and had her pull me to jump start it. Unfortunately, it locked up, threw me over the front sliding on the asphalt and then flipped over on top of me. Luckily, she was looking in the mirror and stopped right fast or she’d have drug it over the top of me. Trip to the emergency room, broke rib, jerked the skin loose from the knee to the hip, thought I’d broke both legs, etc.

But despite the minor delay, we got out 24 hours later. Just like when hunting, you need to scout at daylight/dark. Find out where the herds are. Find a shootable buck. On most draw hunts you’ll be hunting a trophy animal so it is worth the time to scout.

You’ll want good optics. I used Riton Optics and have had good luck with their 10X42 binoculars. You’ll also want a good spotting scope. Your goal when scouting isn’t necessarily getting up right on top of them, you just want to know where they are and if there’s a good one in the herd and pattern them.

It took me a couple of trips but I found a nice buck. Now I knew where to go. BUT — you need to have two to three spots checked out. What if you get there opening morning and someone else is there? Or what if wolves have moved in and run everything out of the country? You’ll have to jump.

Also, pre-locate a spot to camp. You don’t want to camp in the meadow where the elk are at. A lot of hunters throw up their tent the weekend before. It stakes out their spot plus, they can drive up and not have to take a day to set-up camp.

Well, hopefully some of these tips help. Good luck!