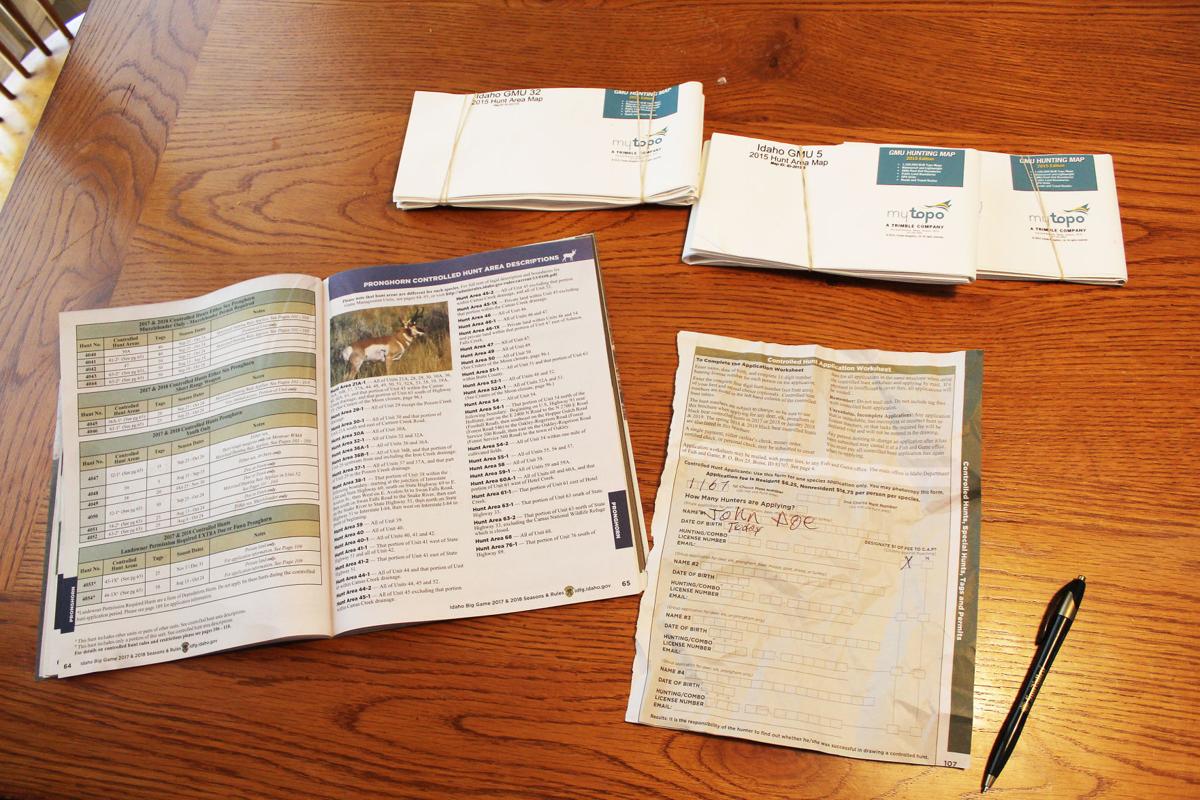 It’s important to take your time choosing your controlled hunt. After determining where to hunt, I order a MyTopo map. You can make them as detailed as you want. They’re the best maps on the market.

It’s important to take your time choosing your controlled hunt. After determining where to hunt, I order a MyTopo map. You can make them as detailed as you want. They’re the best maps on the market.

If you’re new to Idaho, you may wonder what’s the big deal about controlled hunts. Here are a few:

Somewhere along the way, we’ve let the antis influence us to call them controlled hunt zones instead of trophy units. What is suddenly wrong with wanting a trophy? I’m going to make it into steaks and sausage whether it’s a spike or a bull. It’s not like all I will keep are the horns. We’re trying to appease people that don’t hunt anyway.

Anyway, back to the draws. The application time period for spring bear closed on Feb. 15, and moose, bighorn sheep and mountain goats ended on April 30. But the drawing for deer, elk antelope and fall bear doesn’t end until June 5, so get out the regs and pick out your unit.

If you’re putting in for a controlled hunt, you probably already know where you want to hunt, but if not, you still have a month to do some fast scouting. I’ve got an area where I saw a huge bull, a nice buck and a big antelope. If I draw all three, I may end up living out there for a month or two! No internet service so I guess I’ll tie my articles to a pigeon’s leg and send them over every week from my camp. I use MapQuest quite a bit. I know it tells you how long it will take to drive but I don’t believe I’ve ever noticed that they give traveling times in pigeon language.

And don’t make the mistake that I did the first time I went moose hunting. I still tried to focus on bear, deer and elk hunting hard. If you draw a controlled tag, especially a once-in-a-lifetime tag, focus on the tag. If you don’t get anything else, don’t worry. Your main mission was accomplished.

To most people, drawing a controlled hunt is a huge deal, and in many cases, a once-in-a-lifetime deal. So when you open the letter from Fish and Game and pull out that magic response, it’s a big deal. Now it’s time to start scouting big time, getting vacation lined up and figuring the best spot to set up a camp.

Once you’ve determined your hunting spot, you’ll want to order some detailed maps of that area. I use MyTopo maps. They make the best. I know a lot of people use apps, etc., but maps are the best option. Phones can die, get lost or destroyed. I want a map in my little hands.

You’ll want to have spot No. 1, spot No. 2 and spot No. 3. What if opening morning you get to your special spot and the Rainbow Coalition has a camp there (that actually happened to me one year) or another hunter is already where you want to be?

So I’m excited. Now to impatiently wait until July 10.