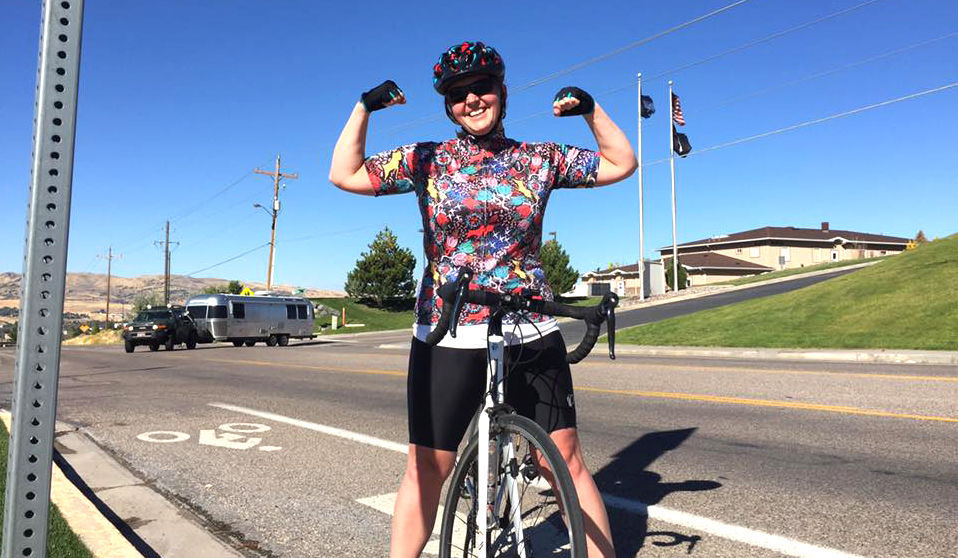 Jacqueline Malloy flexes her biceps in this 2016 photo taken on West Buckskin Road. On May 11, Malloy was severely injured in a bike crash on the road. 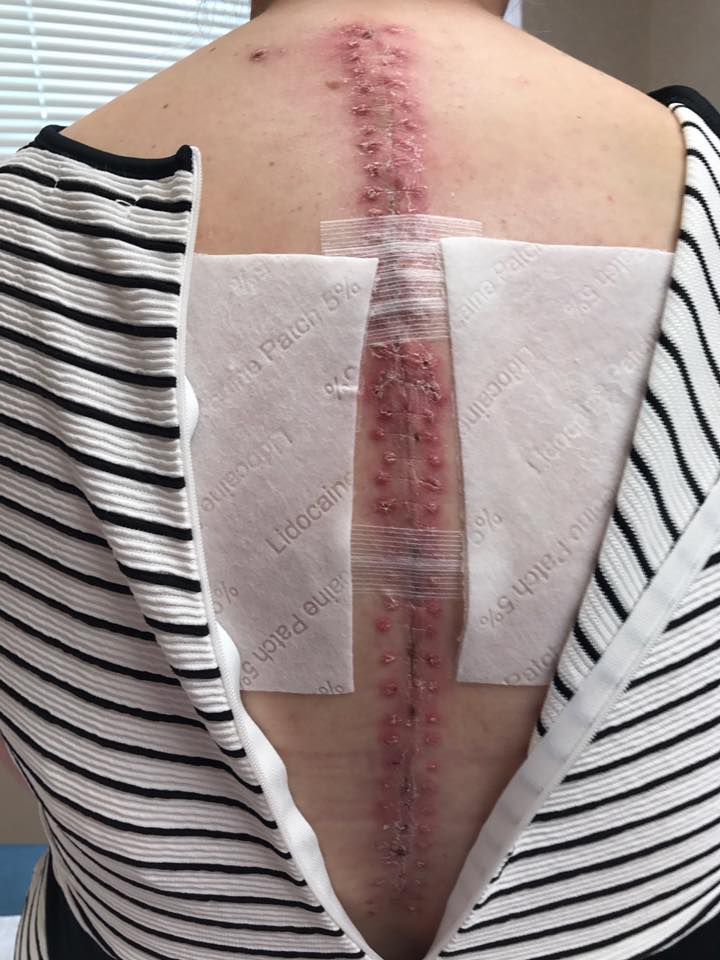 Jacqueline Malloy flexes her biceps in this 2016 photo taken on West Buckskin Road. On May 11, Malloy was severely injured in a bike crash on the road.

Jacqueline Malloy said her devastating bike crash on May 11 was mostly a blur.

The Pocatello resident was biking on West Buckskin Road near ON Semiconductor in preparation for three upcoming 100-mile road cycling races. After pedaling ahead of her boyfriend, she began to descend a hill she had ridden many times before. In fact, reaching speeds of about 50 mph on this particular descent was not unusual for her.

Suddenly, she felt a bug land on her neck. She took one hand off her handlebars to swat the insect away.

After that, she doesn’t remember much.

Her boyfriend soon found her lying in the loose gravel off the shoulder of West Buckskin. A police report noted that skid marks from Malloy’s bike tires were present on the road, stretching for 30 feet and ending near her injured body.

“At first my boyfriend thought I was playing a joke,” she said. “But then he saw blood coming out of my mouth. I wasn’t breathing.”

Emergency medical units quickly responded to the scene. Ironically, one of the paramedics also tunes skis at her place of employment, Barrie’s Ski and Sports.

In a concussed daze, Malloy kept asking him to tell her boss that she would be late for work that day. She did not know the extent of her injuries at the time — two shattered vertebrae, five fractured ribs, a broken nose, a concussion and a dislocated shoulder.

“It’s not something you expect to happen, that’s for sure,” she said.

The injuries were so severe that after Malloy was transported by ground ambulance to Portneuf Medical Center, she had to be airlifted to the University of Utah Medical Center in Salt Lake City. After she arrived, doctors performed a 6 and 1/2-hour surgery to repair her spine.

Luckily, Malloy was wearing a helmet at the time of her accident, and it took a beating. When she later examined her headgear, she found it covered with dents, with a large chunk torn out from the impact of the crash.

As a single mother to 9-year-old Raiken, Malloy said the outcome of the May 11 biking accident could have been far worse.

“Thank God I was wearing my helmet,” she said.

It’s only been a few weeks since the horrific crash, but Malloy is already making a strong recovery. In fact, many of her friends, family and co-workers are amazed she wasn't paralyzed.

Even the doctors who treated her are shocked by her mobility.

After returning home fresh off of her spinal surgery, Malloy started to feel uncontrollable pain in her back. She was taken to Portneuf Medical Center, where she was met by the emergency room doctor who first treated her immediately following the May 11 accident.

“He had another doctor come into the room and they had me wiggle my toes because they could not believe I was not paralyzed,” Malloy said.

Despite the miraculous physical recovery, Malloy’s finances are suffering due to the medical costs for her treatment.

She received one bill from the University of Utah Medical Center totaling $150,000, and another one for $20,000 from Portneuf Medical Center. She still has not received the bill for the air ambulance that transported her to Salt Lake City after the crash, and she still has to be treated for a severed ligament in her shoulder.

At the time of the crash, Malloy did not have health insurance, and though she applied for aid, she is still facing a debt of at least $100,000 stemming from her health care costs.

Every June, the Tour de Lava is held in Lava Hot Springs, and the proceeds from the bike ride are donated to a charitable cause in Southeast Idaho.

The money raised from the 2015 Tour de Lava ride was donated to Peyton’s Mission, a fund set up to provide financial assistance to Grace- and Bancroft-area teens who are about to head out on their missions for The Church of Jesus Christ of Latter-day Saints. The fund was named after Peyton Rindlisbaker, a 15-year-old teen who died in a motorcycle crash on March 10, 2015.

Last year, the ride's proceeds were donated to help cover the medical expenses of Dustin Pace, who had been diagnosed with Stage 4 colon cancer. According to the ride's organizers, Pace's cancer is currently in remission.

The money raised from this year’s Tour de Lava, which will be held on Saturday, will be donated to Malloy to help pay for her medical bills.

“Jacqueline is such a kind and generous person,” said Darla Workman, one of the event’s coordinators. “We love her very much, and we want to support her in every way we can.”

On-site registration is at 9 a.m. and the ride begins at 10 a.m. Water stations will be located at Whisky Mike’s, Bancroft and Chesterfield. Water, fruit and road support will be provided.

Participants can register online for $30 until Saturday at www.barriessports.com. On-site registration on the day of the event will be $40. A post-meal ride will be provided to the ride’s participants.

Due to her injuries, Malloy will not be riding in this year’s Tour de Lava. Plus, competing in the three 100-mile road races she was prepping for at the time of her accident is now out of the question.

But despite surviving such a horrific crash, she says she is anxious to get back in the saddle.

“The crash is definitely not going to deter me from getting back on my bike,” she said.