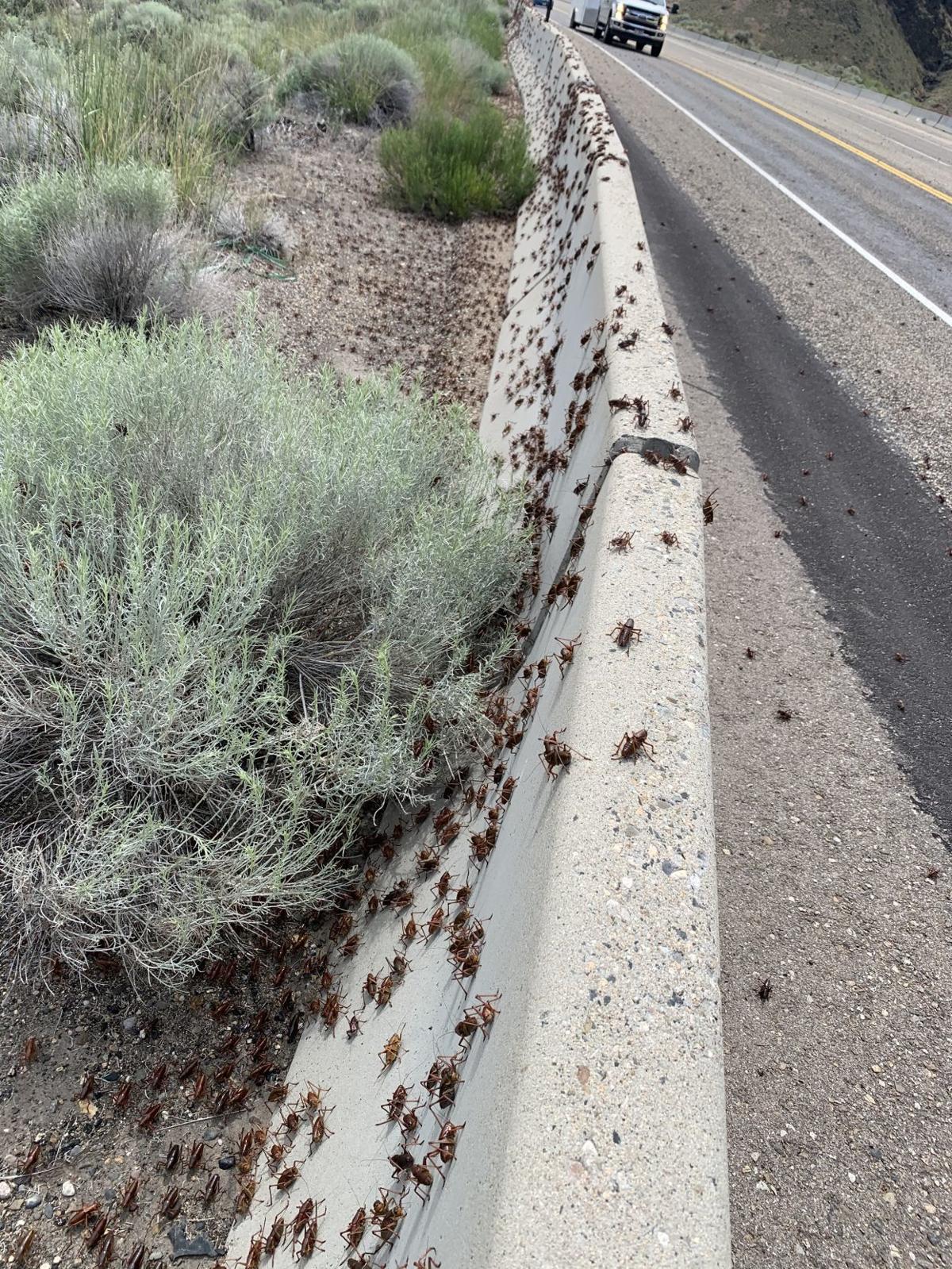 If you’ve never seen the hordes of Mormon crickets when they start migrating, you ought to go check them out.

If you’ve never seen the hordes of Mormon crickets when they start migrating, you ought to go check them out.

I just don’t think that the Mormon crickets heard about the social distancing bit. They travel in hordes packed so tight that they will bring to remembrance the old biblical plagues; you’ll have flashbacks to Charlton Heston’s “The Ten Commandments” movie. If you hate bugs like Katy does, they will freak you out.

Hordes like this are cyclical; some years you see millions and then it may go for years before I see them in high numbers again. If you’re new to Idaho, you need to go check them out. Over the years, I’ve seen them in various places.

Years ago, there were millions on the road before Horseshoe Bend. There were so many that the Idaho Department of Transportation had up a warning sign about slick roads. So many were getting run over that it looked like an oil slick. It sounded like popcorn popping when you were driving since you were running over so many. The road was a mahogany color.

One year, thousands tried to cross the river behind Anderson Ranch Dam. They drowned by the thousands and were thick as a carpet on top of the water in the backwater eddies. It stunk like there was a dead cow in the river.

If you want to see some right now, I found many on the road down to Jordan Valley. I don’t know how long they’ll be there. They were by the concrete barriers on the east side of the road. They strung down the road for probably five miles but the concentrations were a lot less.

I see them but really didn’t know much about them. Where are they migrating to? Are they like the locusts in biblical times? I had to do a little research. They say they can grow to 3 inches long but the ones I see are about 2 ½ inches.

Weird, but they say they live in the rangelands dominated by sagebrush and forbs and are actually not crickets but in the katydid family. (See, they are in the locust family). They are a blackish/brown color although they say they turn this color when swarming but are green or purplish when living in solitary.

How far do they travel? Do they fly in swarms? They can’t fly, only walk, but can travel up to 1.2 miles per day.

According to some of the research that I did, their eggs hatch in the spring when soil temps hit about 40 degrees. Although a lot of time Mormon crickets seem to live almost in solitary confinement in the sagebrush there can be huge population explosions which leads to them forming large roving bands numbering in the millions. What’s weird is that there doesn’t seem to be definite research that explains what causes the fluctuations in populations.

One document that I read said the reason that they have their huge migrations is that they are hunting new sources of nutrition and to avoid from being eaten by their traveling partners. They have no known predators, per se. Sure, various animals and birds will feed on them but not in large enough numbers to thin them out.

I’m only used to seeing seagulls around water. I know it is a different type of seagull but there are a lot of seagulls out on the prairies. I’ve even had seagulls try to carry off whistle pigs when I’m out shooting. So maybe the seagulls that we see out there are surviving on Mormon crickets?

It doesn’t take much of an imagination to envision the damage that a horde of a million Mormon crickets could do on your crops if you’re a farmer or your pastures if you’re a rancher.

As we close, don’t panic if you look out your kitchen window and discover that the sun is blocked by the army of Mormon crickets covering your window. You hear the screams of slow-moving people and pets getting eaten alive. The Mormon crickets have hit your town! Sleep well.