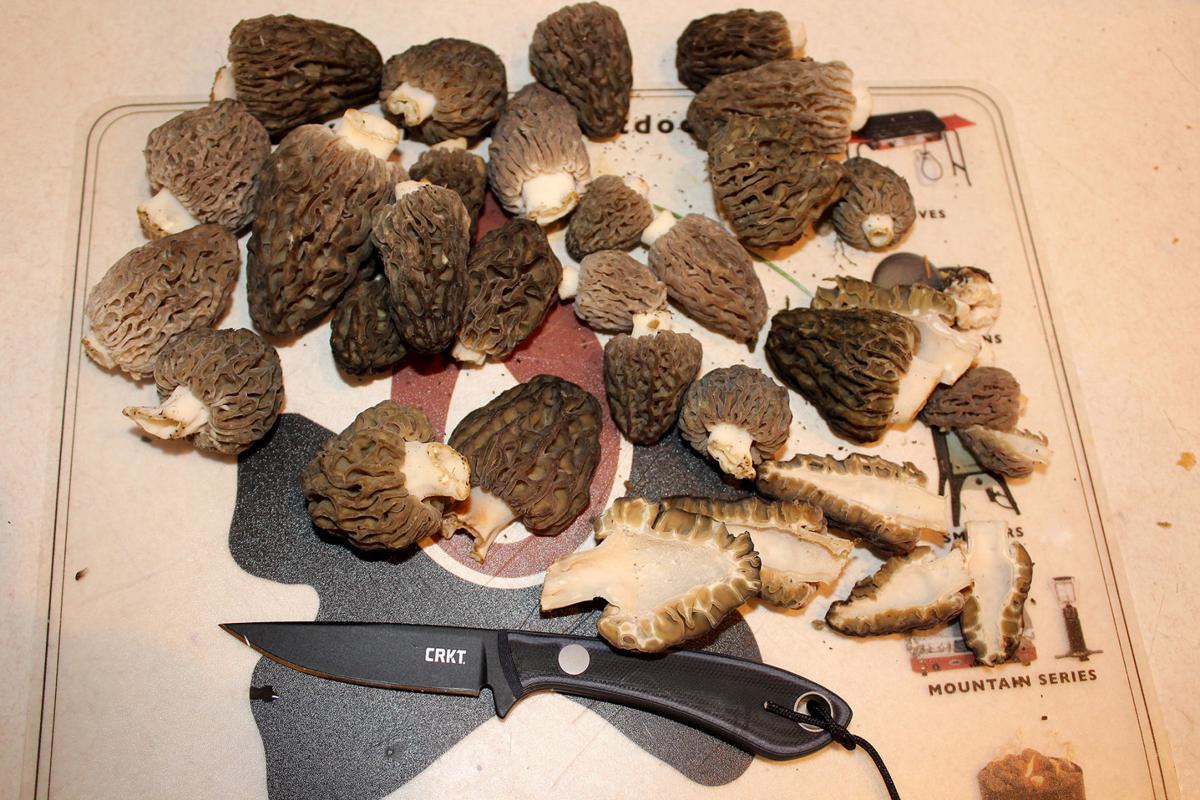 One big advantage morel mushroom hunters have out West over pickers in the Midwest is that we have forest fires. You’ll find a million mushrooms in old burns.

One big advantage morel mushroom hunters have out West over pickers in the Midwest is that we have forest fires. You’ll find a million mushrooms in old burns.

According to our old buddy Jack Sweet, morel mushrooms are the second best fungi in the world. Second only to the truffle in England. I’ve always heard about truffles but I’ve never tasted one. However, if they’re better than a morel, then they must be good.

If you wonder why I get so excited about morels, then you’ve never eaten one. They are the best food in the world. If I blindfolded you and fed you one, you’d think that you were eating the most tender, delicious chicken fried steak that you’d ever eaten but only better.

After college, I’d taken a job in Nebraska and my boss was from Iowa. He’d take a week’s vacation every year and go home to mushroom hunt. I thought he needed to get a life — until he took me mushroom hunting. In the Midwest, they come out in the middle of April. Out here, they don’t come out until the first week or so of May.

We went down by the Platte River and before the morning was done, we’d found a half sack of them (the old brown paper sacks). He showed me how to process them. They’re fragile so you gently rinse them under the faucet. Then you slice them in half lengthwise and place in a bowl with some salt water. The salt will kill any bugs in hiding.

My boss said you had to let them soak overnight but I can’t wait that long anymore so I always eat a batch right away.

Pull out however many you want to eat and set on a plate to drain for a few minutes. Get a bowl and crack two eggs in it and mix in a little milk.

Pour some flour on a plate and sprinkle in some salt and pepper. Dip the morels in the egg batter and then roll in flour and then throw them into a medium hot skillet of grease.

A lot of people sprinkle on salt and pepper but I use Tony Chachere’s seasoning. I like to use a Lodge cast iron skillet. They heat more evenly.

Fry to a golden brown and then remove and place on a plate lined with paper towels. Eat immediately. Cook more than you think that you will eat!

If you’re lucky and pick more than you can eat in a couple of days, you can freeze them or dry them, which is a lot better. You can dry them with a fruit dryer or the commercial pickers dry them on racks in the sun.

One big advantage we have out West over pickers in the Midwest is that we have forest fires. Last year’s burns are magical. You’ll find a million mushrooms in old burns. So go by your local Forest Service office and ask them where the burns were last year and get up to the mountains and see if you can’t find some.

I was up filling my bear bait station last Thursday and found 1 1/2 dozen mushrooms so as you read this article, they should be out in full force by now. Hope you find a bunch. But what’s a guy to do? I also caught 235 crappie Saturday. How do I not go back and hit them again muy pronto?