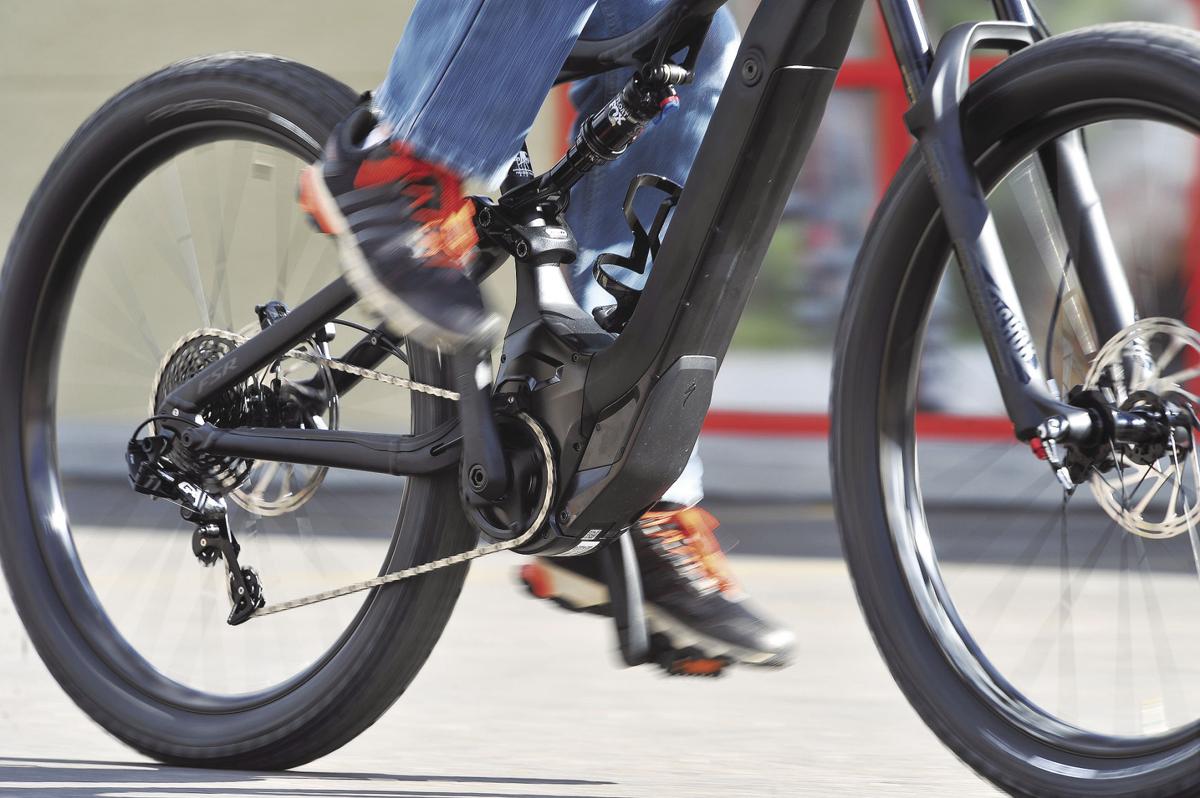 Ebikes come in a variety of configurations, and some are more bicycle-like than others.

Ebikes come in a variety of configurations, and some are more bicycle-like than others.

This article was originally published in Sharetrails Magazine.

A while back, I wrote a short-term review of my first ebike — a Specialized Turbo Levo FSR Comp 6. As much as I liked the bike at that time, it’s since grown on me even more (and my entire family). We are, in fact, purchasing another. I’m going to go out on a limb here and predict that within a decade ebikes will be ubiquitous.

I ride street bikes, dirt bikes, regular mountain bikes and my Turbo Levo mountain bike daily — so I have a good basis for comparing them all. The one thing that I can tell you for sure is that even though federal agencies have begun the process of designating pedal-assisted ebikes as a type of motorcycle they are just plain wrong.

I’ve recently had the opportunity to make that very case with federal policymakers and we’ll see where that all goes. Whatever ebikes are, they are not motorcycles.

So why shouldn’t ebikes be considered light-weight motorcycles? Well for one thing about 36,000 less watts of power. Six inches less suspension is another. There’s also about a 200 pound riderless difference in weight. They are very quiet. The similarities really stop at the number of wheels. Going further is like comparing a hang glider to a SR-71 Blackbird. They are most similar to regular bicycles. I believe that federal agencies that are concluding otherwise are being poorly informed.

Ebikes do come in a variety of configurations and some are more bicycle-like than others. The nice thing about the Turbo Levo FSR Comp 6 is that it feels like any other reasonably equipped mountain bike — albeit a bit heavy. The difference is that you feel like a really fit 20-year old pedaling. The pedal-assist, while not completely unobtrusive, is predictable and becomes familiar after a very short amount of time.

The Turbo Levo has some specific features designed to accommodate additional torque and power. The tires are fat, the wheelbase is long and the gearing relatively high. It’s got some heft that you will discover if you ever run out of battery at the bottom of a canyon with, say, four miles left to go (don’t ask me how I know). But in nominal circumstances it’s just a big old friendly mountain bike that makes you feel like you absolutely can pedal up that long, steep hill.

On the most aggressive level of pedal assist, “Turbo” mode, I can do a 20-mile 3,000’ loop pulling a Thule Chariot bike trailer and a 30-pound toddler without any concern about battery life.

On “Trail” mode I can go hard for about half a day. In “Eco” mode I haven’t yet found the end of battery life in a single ride. The cellphone-based controller software may be used to ensure that you get through your entire ride with at least some level of intervention. The battery is alleged to be good for about a thousand charging cycles — a good thing because replacements are around $700.

The area around my home contains a mix of single-track trails, ATV trails and Jeep roads — some quite steep and technical. All of these are much easier on a dirt bike than the ebike and it’s really not even that close.

You’re on the wrong side of rolling inertia and angular momentum on the mountain bike. The forces of both static and kinetic friction work against you on the lighter machine.

A dirt bike is slower to jump out from beneath you in most circumstances and does not accelerate as rapidly on steep downhills when you let off the brakes. The ebike’s lone clear advantage in gnarly terrain comes when you have to pick it up. It’s marginally easier to jump off of as well.

According to my tracker app I’ve put nearly 1,000 miles on my Specialized Turbo Levo FSR Comp 6 and am closing in on 100,000’ vertical. I’ve enjoyed every minute of it. You should demo one of these as soon as you can. Just make sure to take your checkbook with you when you do.

Martin Hackworth, an Idaho resident, is a physicist, climber, mountain biker, motorcyclist, skier and columnist for the Idaho State Journal who currently serves as the Executive Director of Sharetrails.org.