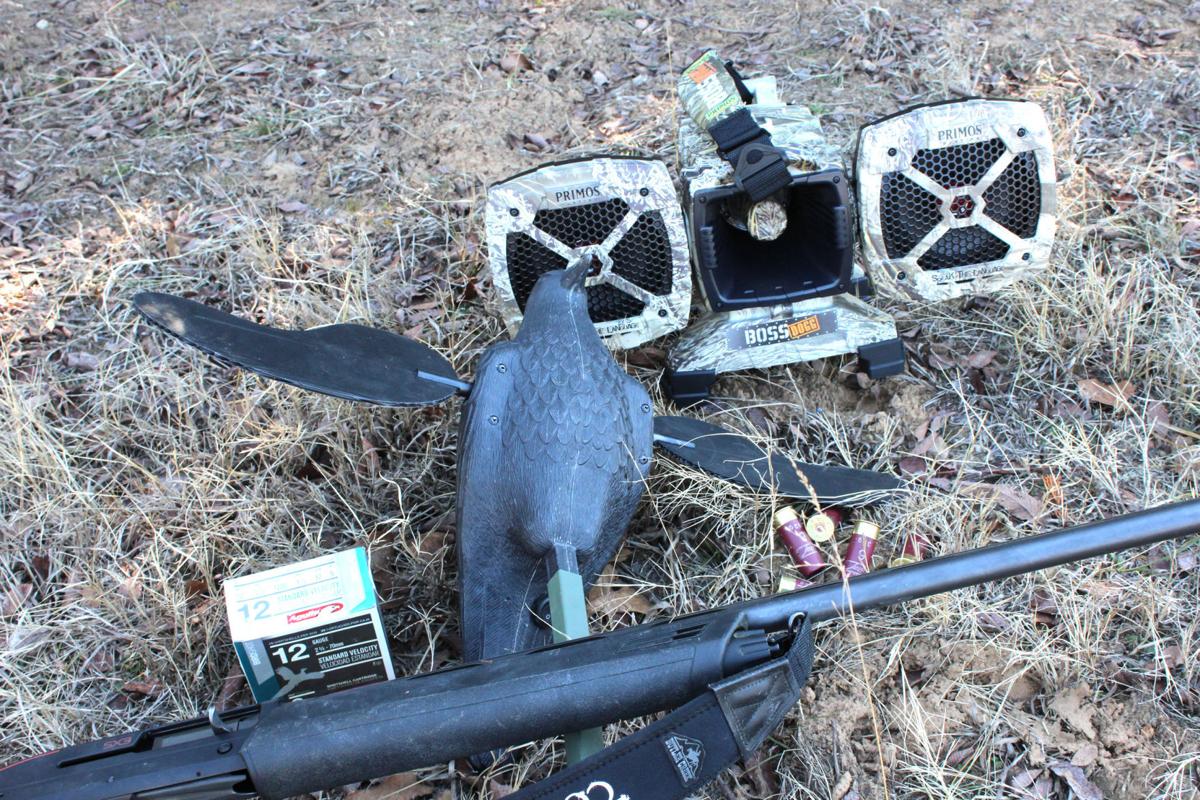 The necessary ingredients for a good hunt — an electronic call, a decoy, Aguila shells and a semi-auto 12-gauge.

The necessary ingredients for a good hunt — an electronic call, a decoy, Aguila shells and a semi-auto 12-gauge.

I love crow hunting. It surprises me the lack of people who participate in this sport.

They are a super-smart bird. In fact, I think they are the smartest bird out there. You hear all kinds of rumors like, if five people go into a brush pile and only four come out, then the crows know one is still in there. It is said that you must do this two to three times before you confuse them.

While I don’t know if the old wives’ tale above is true, I do know that they are smart and hard to hunt. And yet, if you do a proper set-up, you can put the hurt on them. I’ve never been in a spot where you shoot hundreds per day like you hear about in some of the spots back East or down South. But still I’ve had some fun hunts and gotten into enough shooting to make it worthwhile.

The first thing is to do a proper set-up. When you start calling and they start coming in, if they see you, they’ll scatter. At the moment I’m down in Texas crow hunting, so I’ll tell you how I’m doing it here.

I like to find a super thick clump of cedar trees and hide in them. The ultimate is to only have an open spot above you. You want it so when you can see them that they’re in shooting range. Otherwise, they’ll see you as soon as you see them and scatter.

Camo up good, including a face net. Step back in the shadows so you don’t stand out. It doesn’t always work out, but it’s best to hide in a stand of shorter trees because they will come flying in over the top. If the trees are super tall, they might be out of range.

Using an electronic call is the ticket for multiple reasons. First off, it is hands-free. Second, all of the recorded calls I’ve used have a whole flock (a flock of crows is called a murder) of crows calling at once. On a hand call, there’s only one crow calling. And thirdly, you can place the call a little ways away from you so they’re not focused right on you when they come in.

Usually when I set up to call, I’ll start off with a hawk call or maybe an owl. They are both mortal enemies to crows, so that gets them excited. Crows love to get in on a fight or free food. So I’ll hit the hawk whistle for a few seconds and then start calling.

Sometimes they’ll come in silent, but 95 percent of the time you’ll hear them cawing as they come in so you can be ready. I’ve noticed a lot of times they’ll come in and do a wide circle of you first. I’ve always been tempted if there are more than two of us hunting to hide one guy out 40 yards. I think they’d get half the shooting.

If they’re too far, just like duck hunting don’t shoot or you’ll just scare them off. Two things will mess you up. One: If you shoot and miss, you’ll bugger up the set. The second deal is if you’re not concealed well. If they come in and see you, they’re going to book it.

Another thing that will help your shooting is to use decoys. I use the Mojo Crow decoy, which has the fluttering wings to draw attention. They come with a small pole to set them on, but it’d work better if they were more elevated. They have a hole in back in which you could tie a string and tie them up on a limb. I haven’t tried that yet but I think it’d work better.

Another scenario that I’ve nearly always had crows come in is when I’m set up right at daylight calling coyotes.

They hear the squalling rabbit call and come in, but I’ve also noticed that they like the waggler-type of electronic decoys. So I’d suggest using one of them, too. I use a semi-auto 12-gauge and Aquila 6-shot on this hunt. They aren’t an exceptionally hard birds to kill but they are a big bird.

Crows are not good neighbors. They harass all manner of wildlife and eat the eggs and tear up the nests of a lot of the birds that we like to hunt and are not good on agriculture. So you’re doing the environment a big favor if you help thin them out.