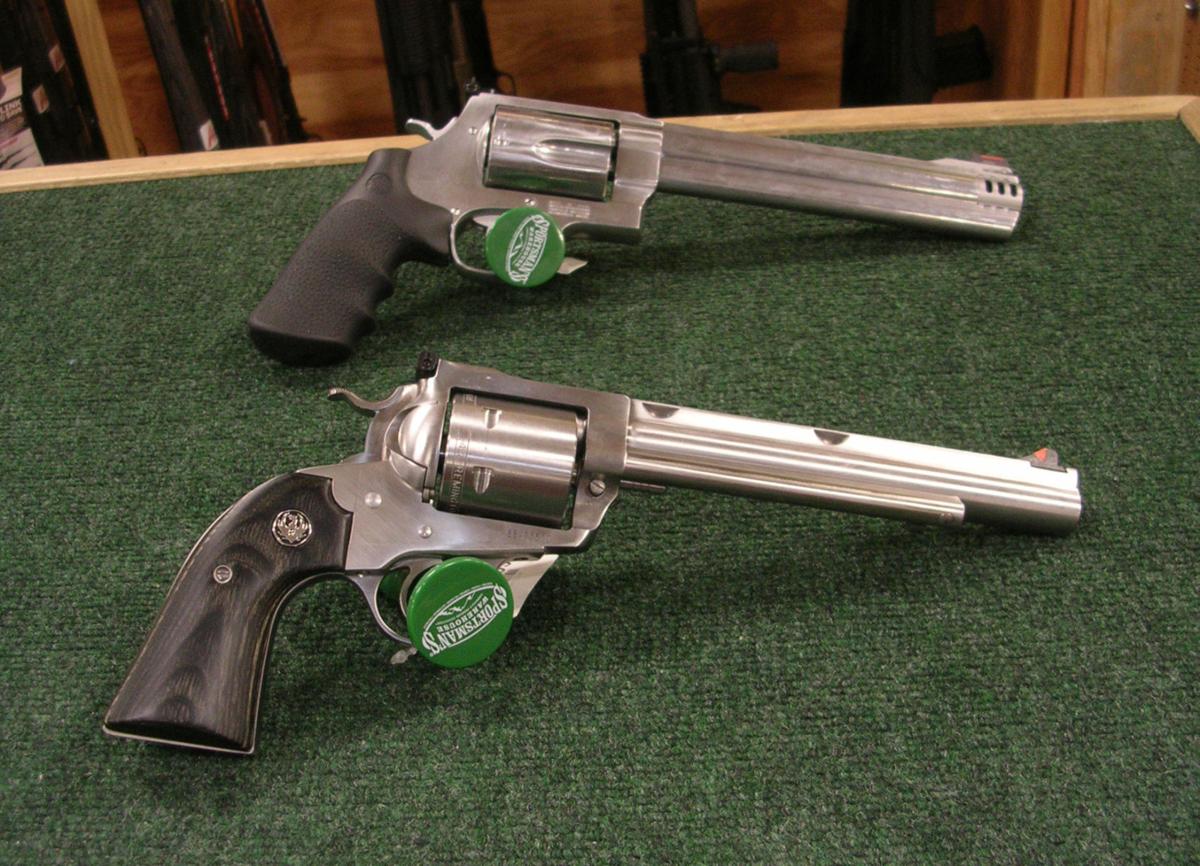 I have never been a serious handgun hunter, although I have always carried a handgun when I go hunting or just wandering around the backcountry.

Most of the people I hunted with when I was younger, and who mentored me, carried handguns while hunting and I guess it rubbed off on me, too.

I have hunted jackrabbits and protected my father’s horse ranch from pests with a .22 rimfire, single-action revolver, but that is the extent of any purposeful hunting I have done with a handgun.

While living in Texas, I usually carried a .357 Magnum double-action revolver, a single-action .45 Colt, or a 1911 .45 ACP when hunting or wandering around the Texas backcountry.

I used the .45 ACP to kill an aggressive water moccasin, called a cottonmouth in Texas, that was threatening my son and I while we were target shooting on some property owned by a friend of mine. I remember thinking at the time that I would have preferred a shotgun, but I surprised myself and killed the snake with one shot.

That particular experience convinced me that I would rather carry a handgun whenever I am in the backcountry, even if I never need it, rather than need it and not have it.

Recently, a nephew of mine who is interested in handgun hunting told me that he was interested in buying one of the so-called Super Magnums to hunt deer with during the 2018 season, and asked what I would recommend. I asked him what he had been looking at.

He said he was kind of partial to a Smith and Wesson .500 Magnum. I asked if he had ever shot one, to which he replied, no, he just liked the looks of it and heard it hits really hard.

“OK,” I said. “I recommend that you get a couple of wrist supports, cinch them up tight, put on your old football helmet and face guard, and find someone who will let you shoot one before you decide to buy one.”

My nephew started laughing and then realized I wasn’t trying to be funny.

I’m not sure when the term “Super Magnums” came into use, but I don’t remember using the term to describe magnum rifle calibers. When it comes to rifles, we usually just refer to the caliber and add magnum and leave it at that. For example, .300 Weatherby Magnum, .300 Winchester Magnum and .375 H&H Magnum.

There have always been those who just aren’t satisfied with the calibers that we commonly use, so they tinker, dabble, refine and design more and more powerful cartridges and firearms to shoot those calibers.

The Super Magnum handguns include a group of handguns designed to shoot popular handgun calibers, often with heavier bullets at higher velocities and generating 1,000 to almost 2,000 foot pounds of energy. Generally these handguns have been completely redesigned and are stronger and heavier in order to withstand the increased pressures they develop.

The .357 Magnum and the .44 Remington Magnum are beefed up versions of the .38 Smith and Wesson and the .44 Special calibers, and generate more recoil. But the recoil is considered about the most the general shooting public would be able to comfortably handle.

The .45 Winchester Magnum was first introduced as a semi-auto round for heavier and stronger 1911-style pistols. The .454 Casull was designed as a single-action or double-action revolver utilizing 260- to 300-grain bullets designed for large big game and generating about 39 foot-pounds of recoil, which is about the recoil energy of a .300 Weatherby Magnum.

Although they certainly hit hard and are capable of stopping anything in North America, including the largest bears at moderate distances, the .454 Casull through the .500 Linebaugh and .500 Smith and Wesson Magnum have recoil equal to the majority of Magnum rifles being used to hunt big game in North America, but without the increased foot-pounds of energy generated by the magnum rifle calibers. That much recoil in a handgun is severe, can be injurious to wrists and face and is hard to handle unless one is an extra large-sized person with large strong hands to match.

Handgun hunting is a challenging sport where getting as close as possible is necessary, but if you want more than 1,000 foot-pounds of energy with a 300-grain bullet coming out of the barrel of your handgun, make sure you can handle magnum-level recoil.