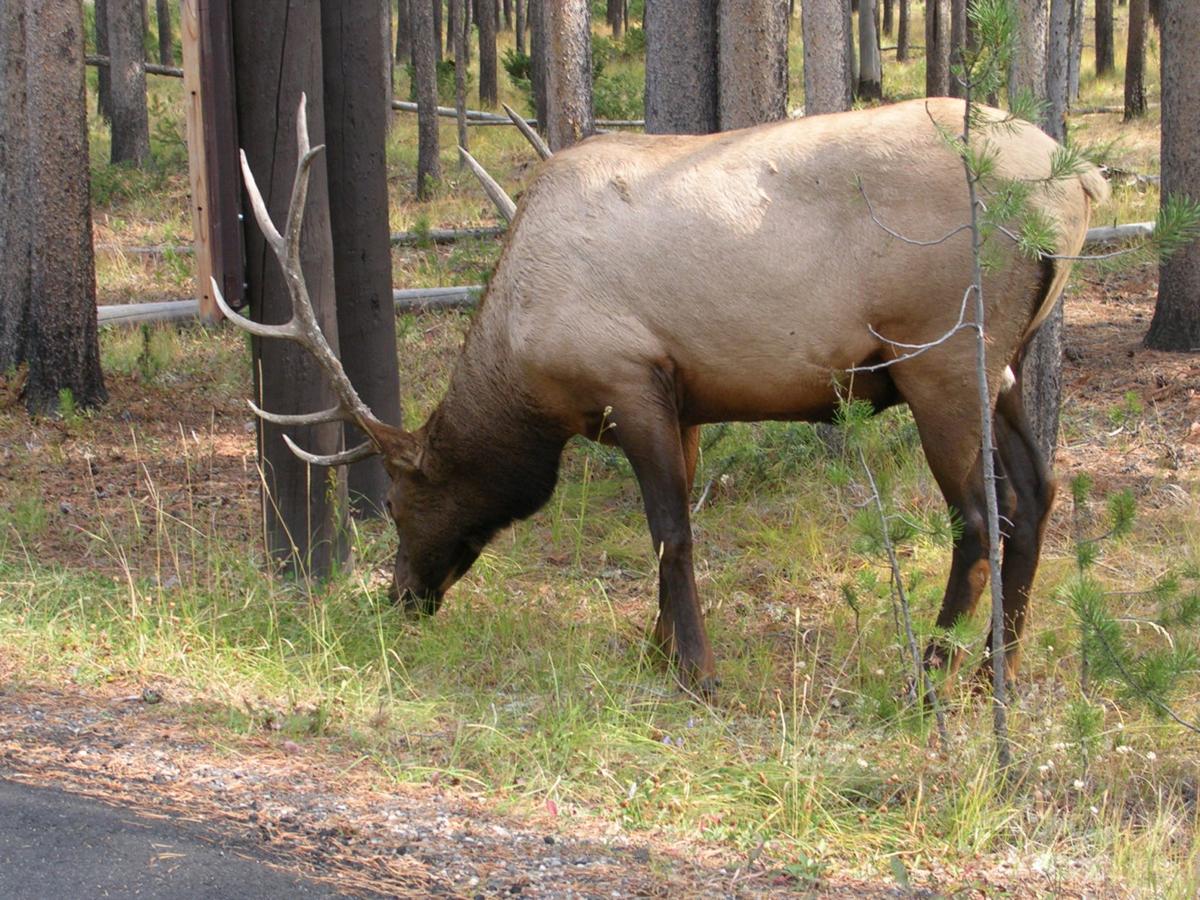 Madison Campground is a great place to see elk. In the evening, the elk come down into the meadows near the campground and bugle.

Madison Campground is a great place to see elk. In the evening, the elk come down into the meadows near the campground and bugle.

This is the time of year my wife and I make reservations to spend three or four days at Yellowstone National Park during the spring, summer and fall. The campgrounds and cabins in Yellowstone park are usually full, so it is wise to reserve your campground space or cabin several weeks in advance.

Yellowstone is one of our favorite destinations and we purchased a senior citizens pass several years ago for me, and last year we bought another for my wife.

We usually stay at the Madison Campground and tour the park during the day. Then we return for dinner at the campground around 5 or 6 p.m. to see elk come down to the meadows along the river across from the campground and hear them bugle. The bugling often lasts until after we go to sleep.

Gibbon Meadows, on the way from Madison to the Norris Geyser Basin, is a great place to see bison and elk. They are generally several hundred yards from the road, so binoculars are the best way to see them.

Farther up the road, one has to choose whether to go left at the junction to the Norris Geyser Basin, right for about 12 miles to Canyon or straight ahead to Nymph Lake, Twin Lakes, the Sheepeater Cliffs, Swan Lake and on to Mammoth Hot Springs.

If we are heading for Tower Falls and want to see grizzlies on the road over Mount Washburn on the Dunraven Pass, or if we are heading for the Grand Canyon of the Yellowstone and Hayden Valley, we take the road to the right at the Norris/Canyon Junction. We saw the biggest grizzly we have ever seen in the park on the Dunraven Pass a couple of years ago.

Mammoth Hot Springs is the park’s headquarters and is home to a herd of elk who have the right away anywhere in the area. Mammoth is also the home of a museum that chronicles the history of Yellowstone park, as well as a hotel, gas station, stores and a great restaurant.

From Mammoth Hot Springs, the road loops back down to Tower Falls with some beautiful views of mountains and several turnoffs and hiking trails between Mammoth and the Roosevelt Junction, where one can turn east into the Lamar Valley along the Lamar River.

The Lamar Valley is grizzly country and we have seen them along the river just northwest of the Lamar Ranger Station and Yellowstone Association Institute. We have also seen bison, pronghorn, wolves, red-tailed hawks and bald eagles in the Lamar Valley.

The Lamar Valley is loaded with both long and short hiking trails. One of our favorite short trails is the half-mile Trout Lake trail. However, it is pretty steep for the first quarter of a mile. The scenery once at Trout Lake is magnificent as you look northeast toward Barronette Peak. The Trout Lake area, like all of the Lamar Valley, is grizzly country, so make lots of noise and carry bear spray just in case.

We have seen black bears in the Lamar Valley also, so it is a good idea to make sure you know the difference. Grizzlies have a dished face, a discernible hump between their shoulders, are larger than black bears, and have larger paws with long front claws. The face of a black bear is straighter and the black bear has no hump between the shoulders.

The scat of grizzlies is also about an inch larger at 2.5 inches.

A few miles south of Roosevelt junction is Tower Falls along the Yellowstone River. This area is well-known for black bears, which can be seen along the river below the falls. The road going south from Tower Falls climbs up the northern side of Mount Washburn and over the Dunraven Pass and down to Canyon. Canyon has a visitor education center, hotel, stores, a restaurant and a gas station.

Next week I will discuss the lower loop of Yellowstone Park.